Everyday challenges that I face as a vegan 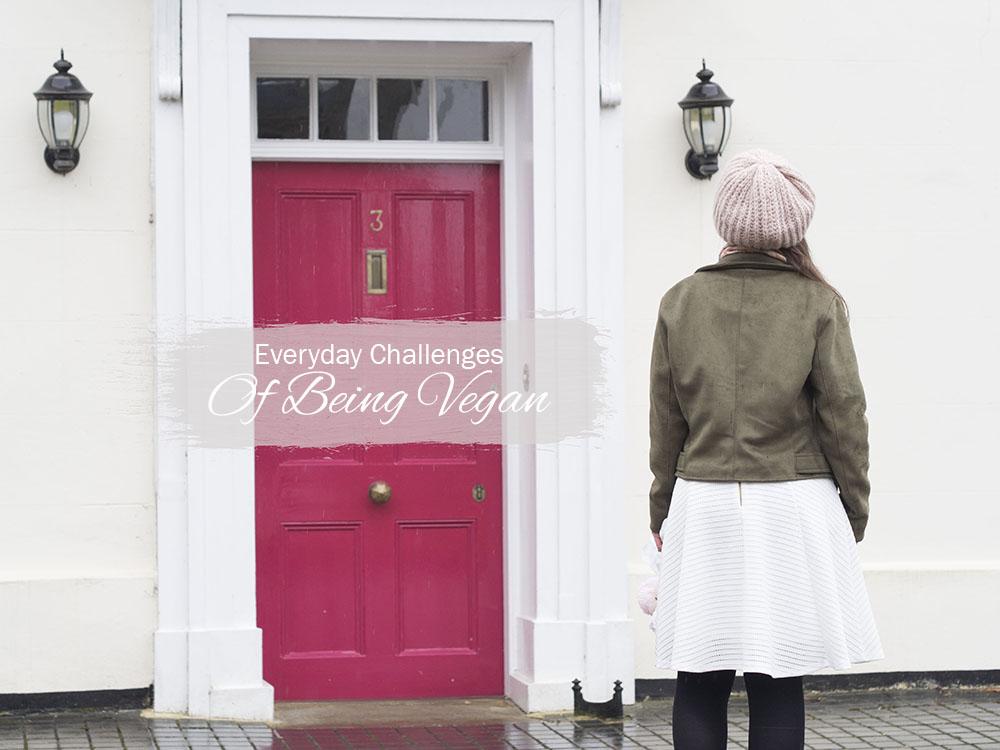 I often see people tweeting about how easy it is to turn vegan and that they didn’t find it a struggle at all. In my experience however there’s a lot more to being vegan than just cutting out certain foods. In this post I want to give you an insight into some of the everyday challenges that I face as a vegan and ways to deal with them.

I’ve been vegan for 8 months now and I get variations of these same questions and comments all the time:

“You need dairy for calcium, aren’t you worried about that?”

“Where are you going to get your protein from?”

“If you were being attacked by a wild animal would you just let it kill you?”

*Looking me up and down* “What are your shoes made from? What about your handbag?”

In the majority of cases these concerns are well meaning but that doesn’t make them any less annoying! It would be seen as rude and confrontational for a vegan to ask people why they’re eating meat and dairy, but it seems to be widely accepted that it’s okay to ask vegans to justify their choice NOT to eat such things. This is often in front of lots of other people. Not fun for an introvert.

I’m often expected to provide scientific facts, nutritional values and a full citation of sources. It can all be a bit exhausting when all I want to do is eat my ‘vegan pizza’ without a debate.

I suppose some of this comes from the fact that some vegans do forcibly assert their opinions on others. This doesn’t represent every vegan however! Some of us have just made a personal decision that’s right for us and are happy to let other people do the same.

Veganism can also be a very emotive subject. I am extremely cautious about opening up on the matter even when asked to. I’ve learned to warn people that if they want me to go into detail on things like the egg and dairy industry I will be happy to tell them what I know, but that they need to be prepared to hear things that might make them feel uncomfortable.

With that being said, I’m always happy to answer questions asked out of genuine interest in the subject. I began my own vegan journey by seeking support and advice from those who’d experienced it all before me, so if I can pay that forward then I will!

Another thing I never expected when I turned vegan was how much I’d go through the wringer emotionally. On the plus side, turning vegan has lifted a huge weight off my shoulders. I am more relaxed knowing that I’m no longer conflicted about my food choices which is something I’d struggled with beforehand.

The problem is that with once you’ve taken action to stop yourself from being a part of the problem, it becomes even more frustrating knowing that there are still inconceivable acts of cruelty and suffering going on and there is little else that you can do about it. 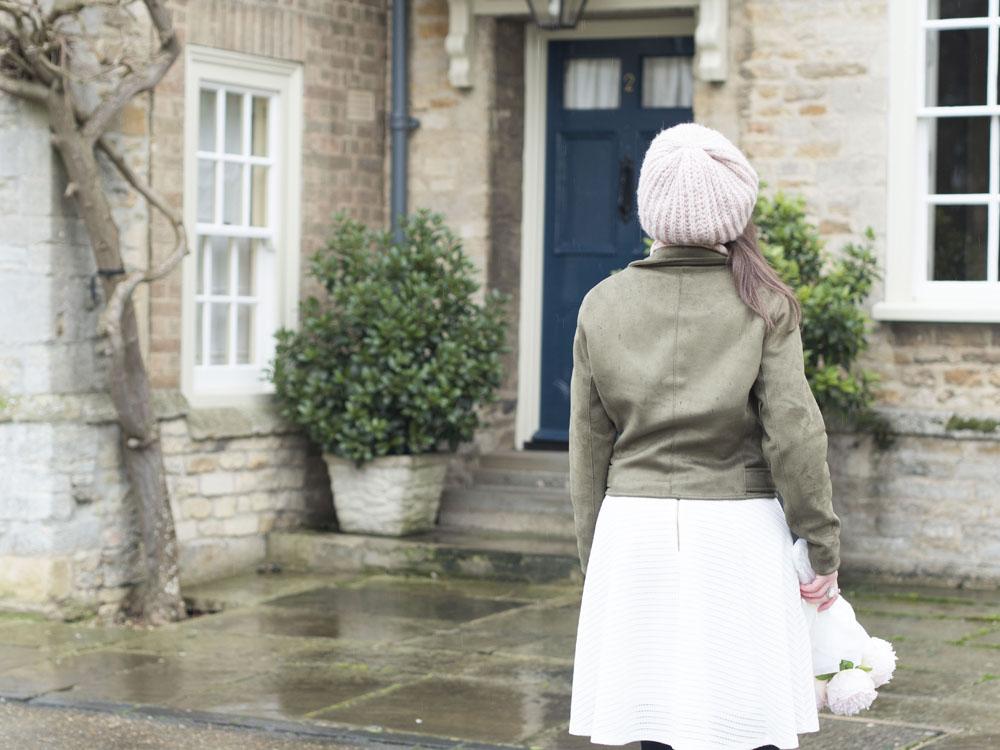 I have been listening to a really great podcast called The Chickpeeps which has helped me to stay positive and find other small ways in which I can help make a difference, such as in my makeup and clothing choices.

It explores all manner of vegan topics in a relaxed, non confrontational way with everything from how honey is made, to ethical fashion and the debate over Activism vs Attractivism. They’ve promised a future episode on raising children vegan which should make for a thought provoking listen.

As an added bonus it’s hosted by Evanna Lynch, aka Luna Lovegood from Harry Potter! 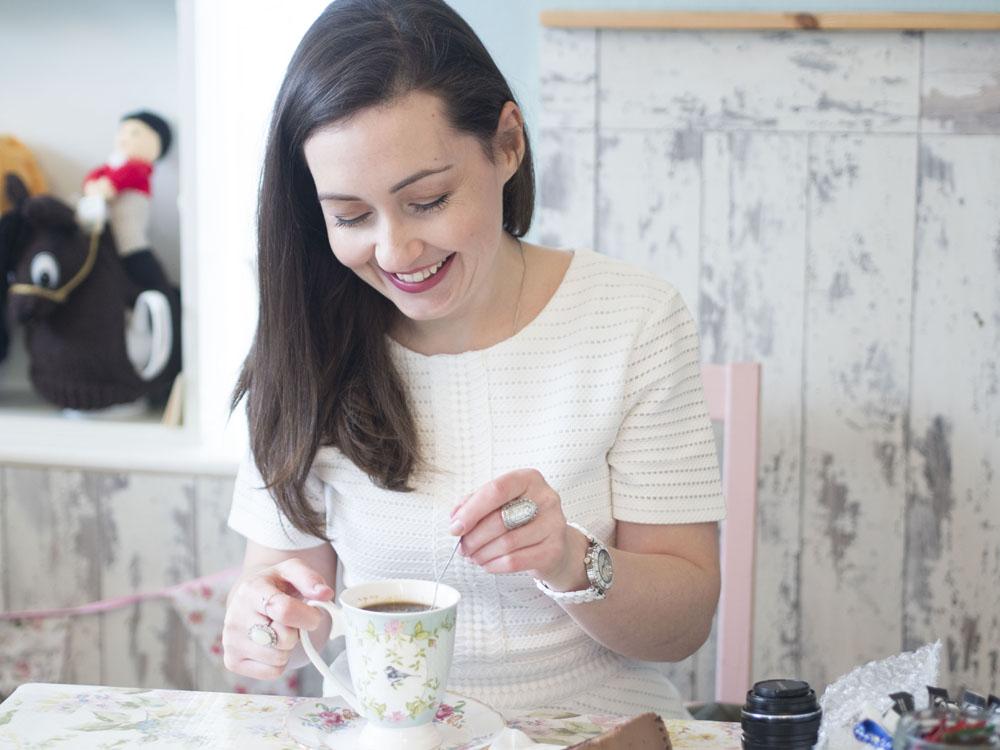 Believe it or not, this has probably been the easiest part of the transition for me.

As soon as I realised that I was more concerned about the animal behind the food than my fleeting enjoyment of it, there was no longer a choice to be made. It’s very simple for me: anything animal derived is not something I consider food now. That makes it very easy to say no. 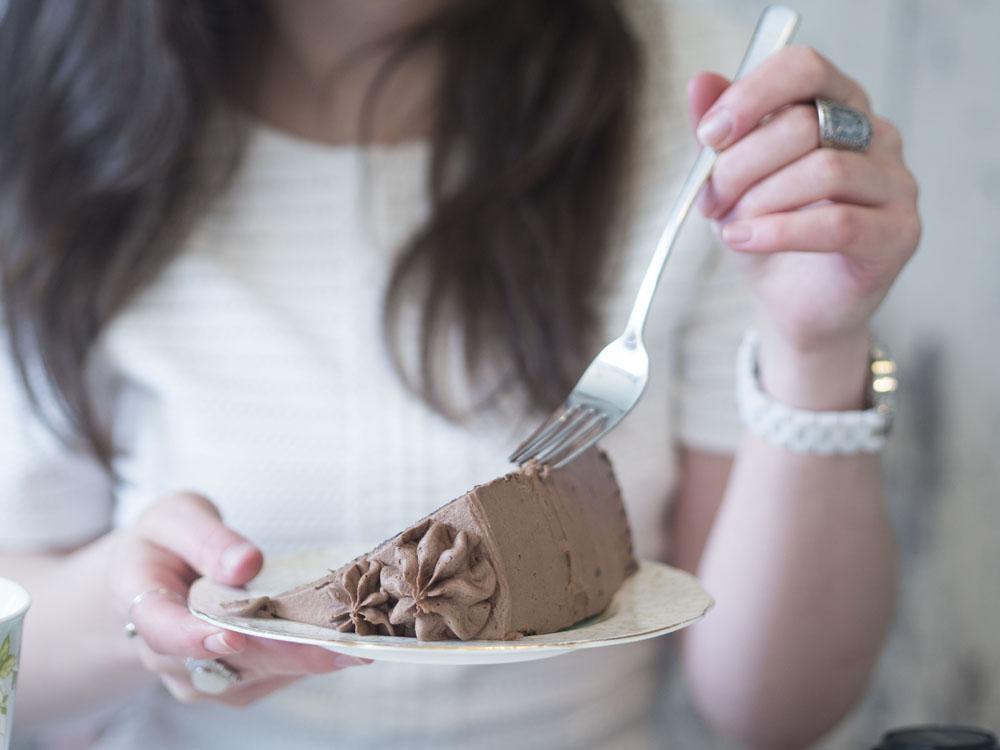 If all of the vegan food that I love was readily available wherever I travelled there would be no issue. Unfortunately, sometimes the only option is dry toast or chips. It can feel isolating when you’re out socially and can’t enjoy the experience because your choices are limited.

Lots of restaurants have added vegan options to their menus which is a really positive step, but it’s still a struggle finding a decent starter or dessert in most.

I’ve learned to always come prepared! I take dairy free spread and oatmilk with me if I’m staying overnight somewhere. I keep energy balls in my handbag in case of emergency and bring vegan burgers to BBQs. It means that I can eat alongside everyone else and avoid feeling left out.

One of the arguments I hear repeatedly against veganism is that it is an expensive lifestyle. What I’ve found often makes any part of veganism expensive is the products marketed specifically to vegans.

Vegan pizzas, cheese, processed meat alternatives and ready meals are often priced higher than their meat and dairy versions. It is great that they exist and I do buy them occassionally, but not everyday.

Think about it. Tomatoes, mushrooms and carrots are vegan. Lentils, rice, beans and many dried pastas are vegan. These are pretty cheap ingredients. I batch cook chilli, risotto and curry in bulk and then freeze it into portions to avoid any waste.

Vegan specific clothing and shoe labels tend to have a higher price tag because producing these items ethically tends to cost more. Even some technically vegan items aren’t great for environment due to the toxicity of the synthetic materials used.

My compromise is to wear out my old leather/wool goods. When replacing them I use ‘vegan’ in high street retailer website search bars to see if anything comes up (Shuh and ASOS are both good for this). It isn’t a perfect solution, but it’s what is affordable to me for now and I’m okay with that. 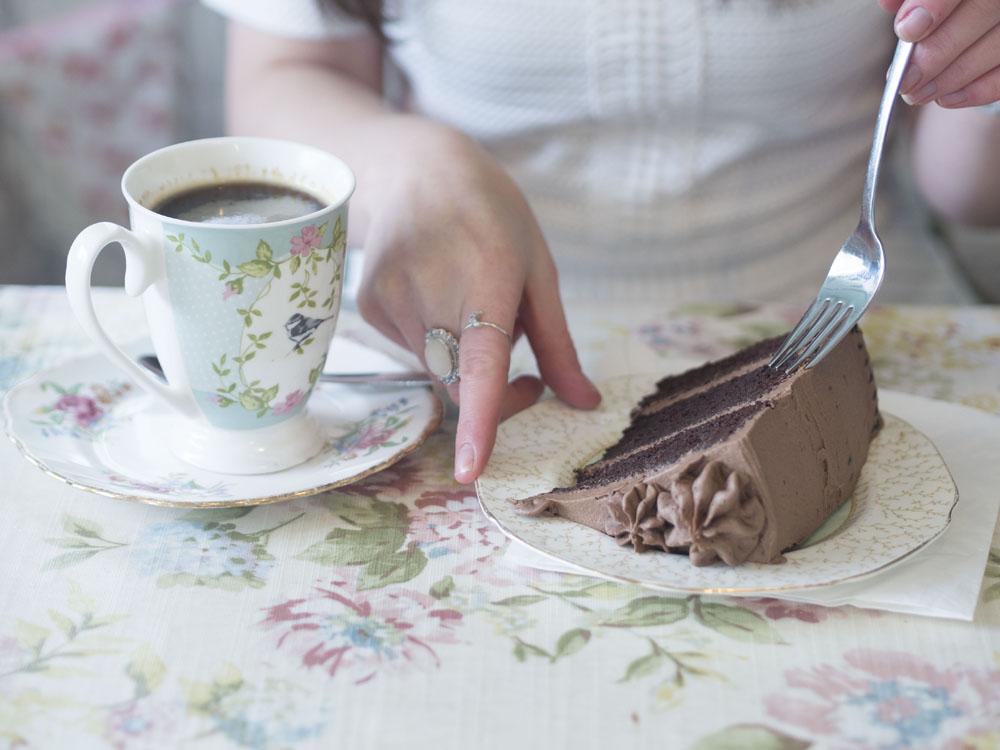 Why It’s All Worth It

If I’m ever feeling frustrated, I remind myself of this:

And that is why despite the everyday challenges that I face as a vegan, it’s all worth it!