A Lily’s Kitchen Cat Food Review (By My Cats) 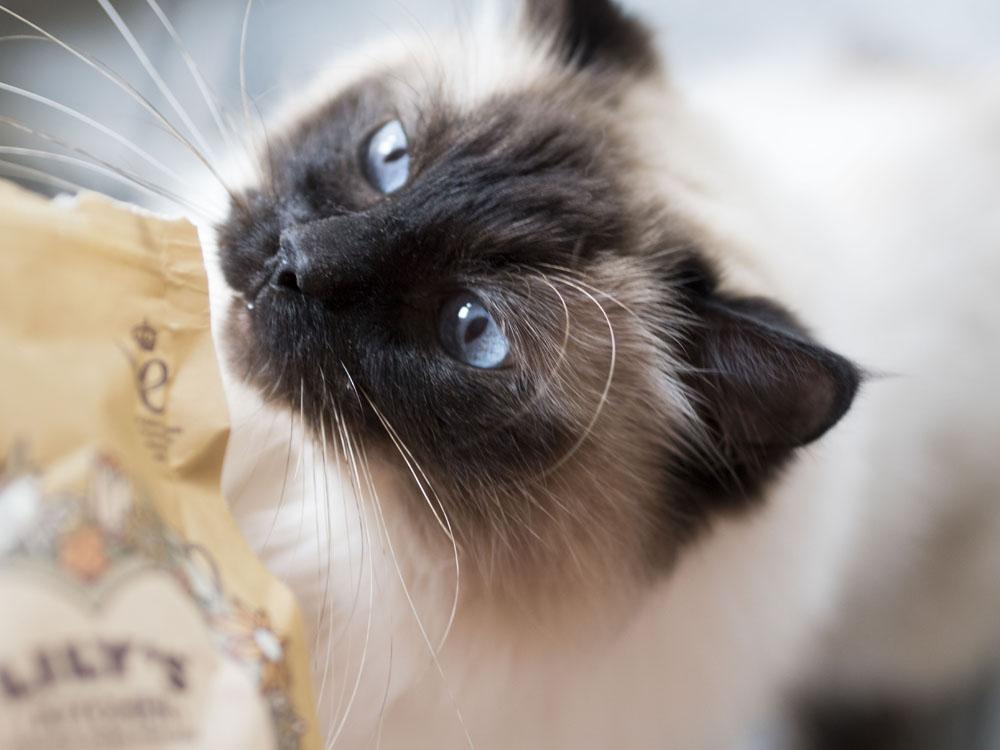 I’ve got a foodie review for you today, but this time I’ve had two special guests doing the tasting on my behalf – my Ragdoll cats Mr Darcy and Sookie!

Lily’s Kitchen recently got in contact to ask if my kitties would like to try their range of food for cats. I’m always rather wary of making changes to their diet because Mr Darcy suffers from the cat form of IBS but decided to give this food a try as it uses raw natural ingredients which are free from artificial additives, preservatives, colours, flavours or pet food fillers. In short, it’s the ‘eat clean’ version of pet food!

Lily’s Kitchen was founded by fellow pet owner Henrietta whose Border Terrier Lily was suffering from a sore itchy skin complaint. She decided to treat Lily’s diet with the same care she gave her own, ditching conventional over processed pet foods and instead making her own recipes from scratch using organic vegetables and proper cuts of meat. From there she worked alongside nutritionists and vets to develop a range of dog foods and has now expanded to a range for cats too. 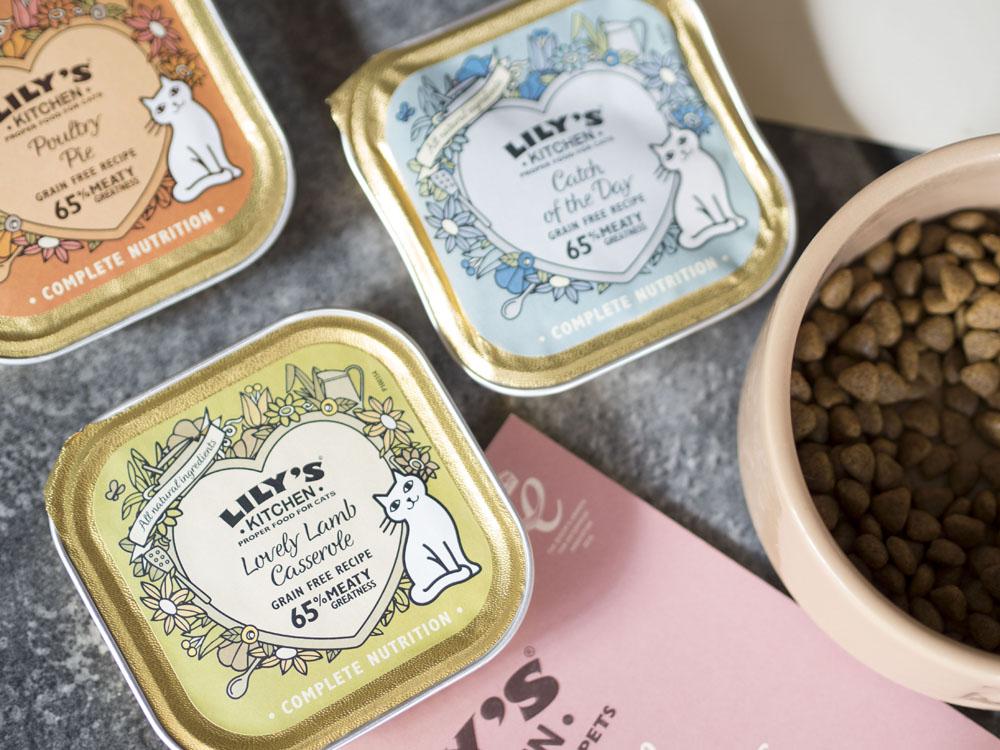 Neither of my cats can speak or write (apart from that one time Sookie decided to walk across my laptop and wrote aklajkfjajgggg) so I’ve done my best to photo document their taste test and translate as best I can!

Before getting my cats started on their new diet I attempted to flatlay the contents of the box. Mr Darcy is a complete greedy guts and could tell straight away that there was food in his vicinity, so it very quickly became a ‘catlay’. 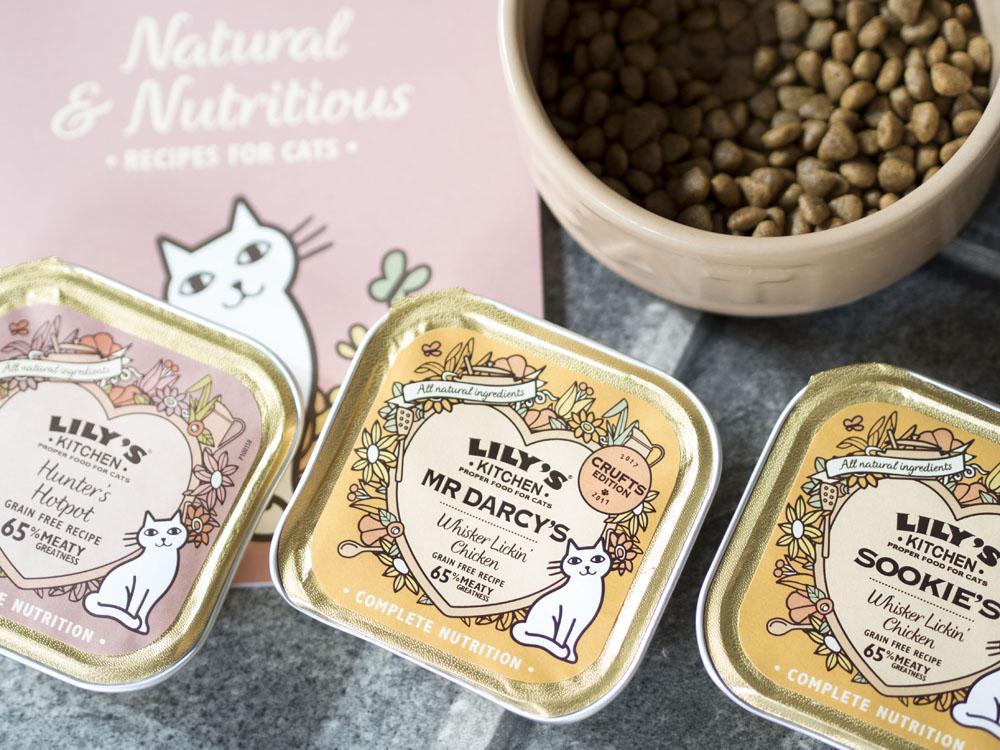 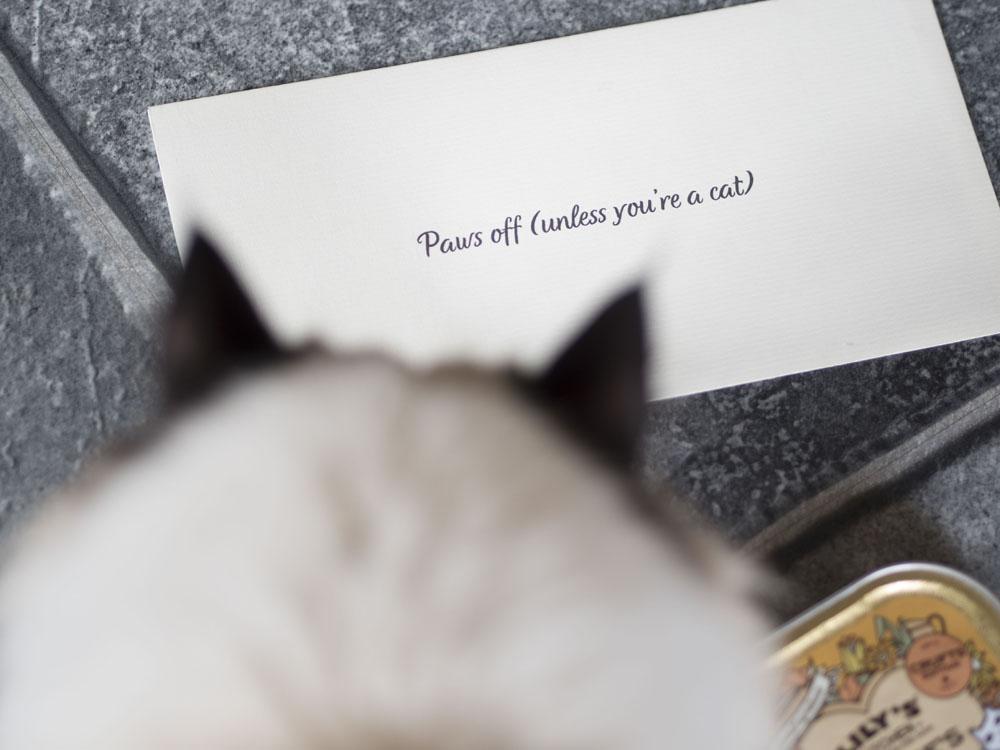 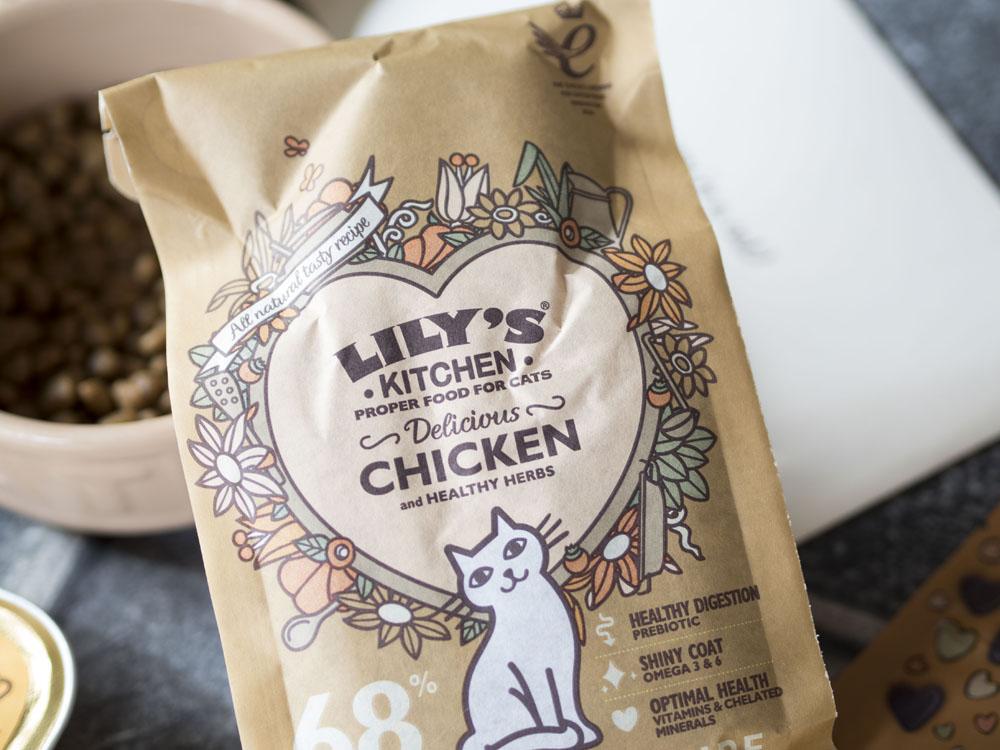 When I set down the bowl of Delicious Chicken Dry Food Mr Darcy was straight in there, munching and crunching as if his life depended on it.

I tried to take the bowl away because he was being a bit too piggy and got this face which I don’t think needs translation. 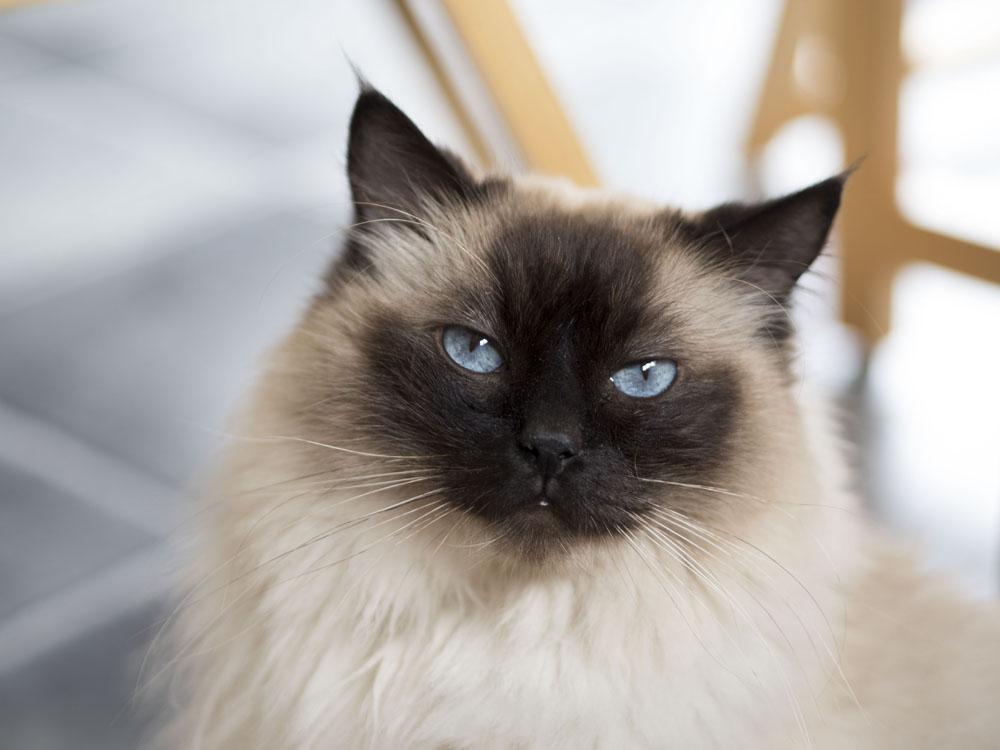 Sookie loitered around the bowl for a bit before slinking off, but she prefers to eat privately in the dead of night! As suspected the next morning her bowl of kibble was half empty so it’s been a success with both of them overall.

The wet food trays were basically too much of a good thing for my two; as soon as I peeled back the foil and the smell filled the air both of my cats went mental!

With his pupils dilating to resemble milk saucers, Mr Darcy tried frantically to climb the kitchen cupboard to get to the food on the counter top every time I started preparing it. 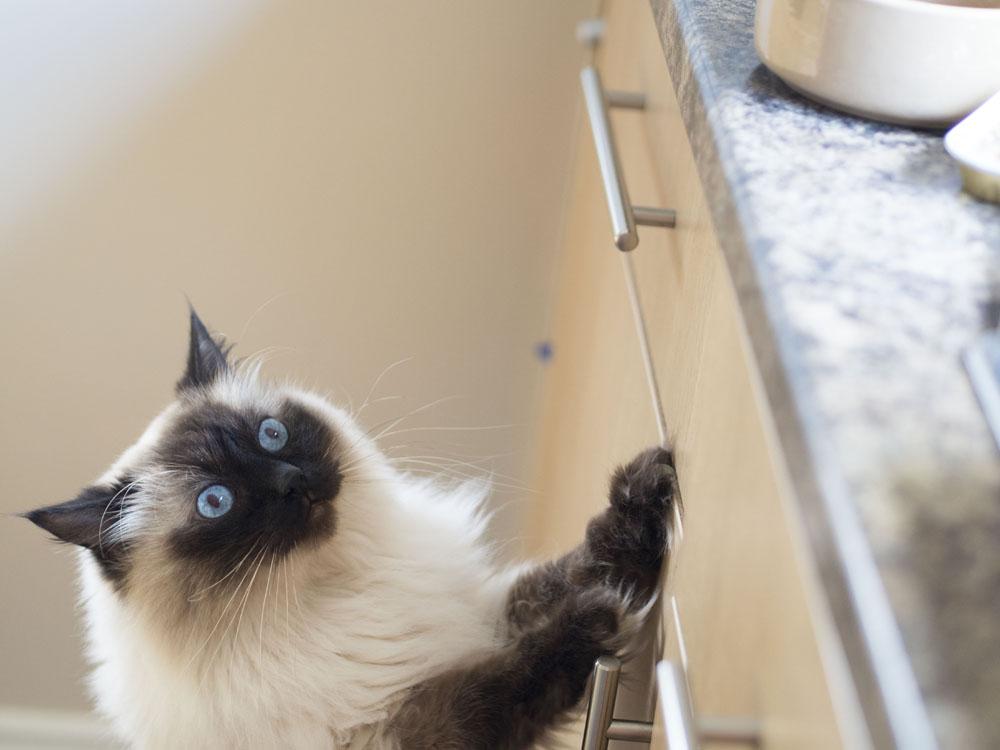 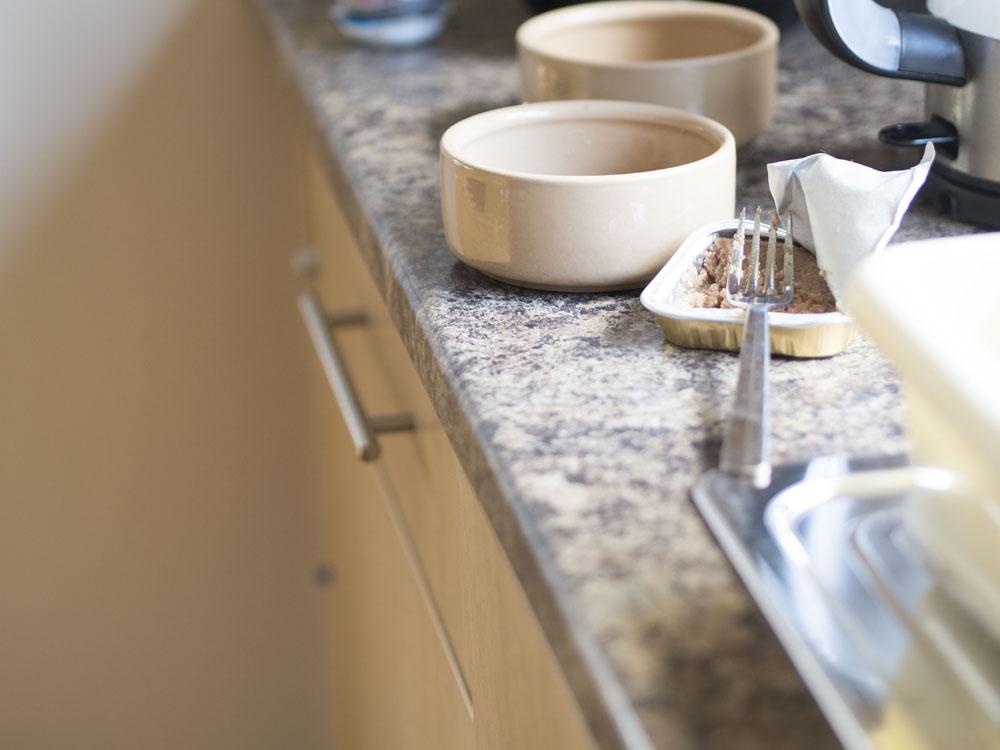 Fortunately for me, he isn’t the most agile cat and only gets so far before his paws slide down. Still utterly entranced by the smells wafting his way however, he was prone to sitting staring at me imploringly with his tail unnoticed in his water bowl! 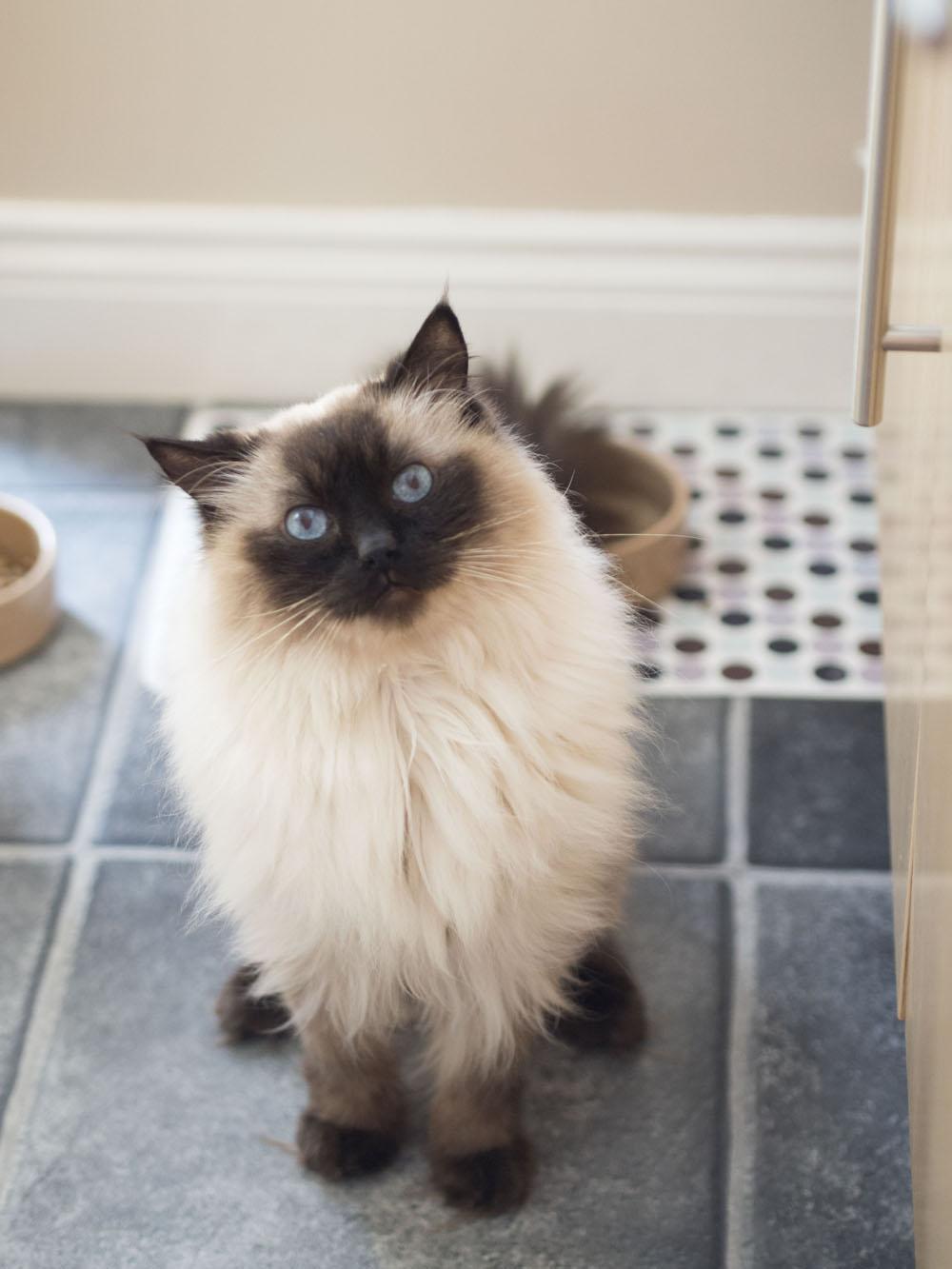 Sookie started eating the wet food immediately and as much as I tried to get a good photo of her, she just did not come up for air! 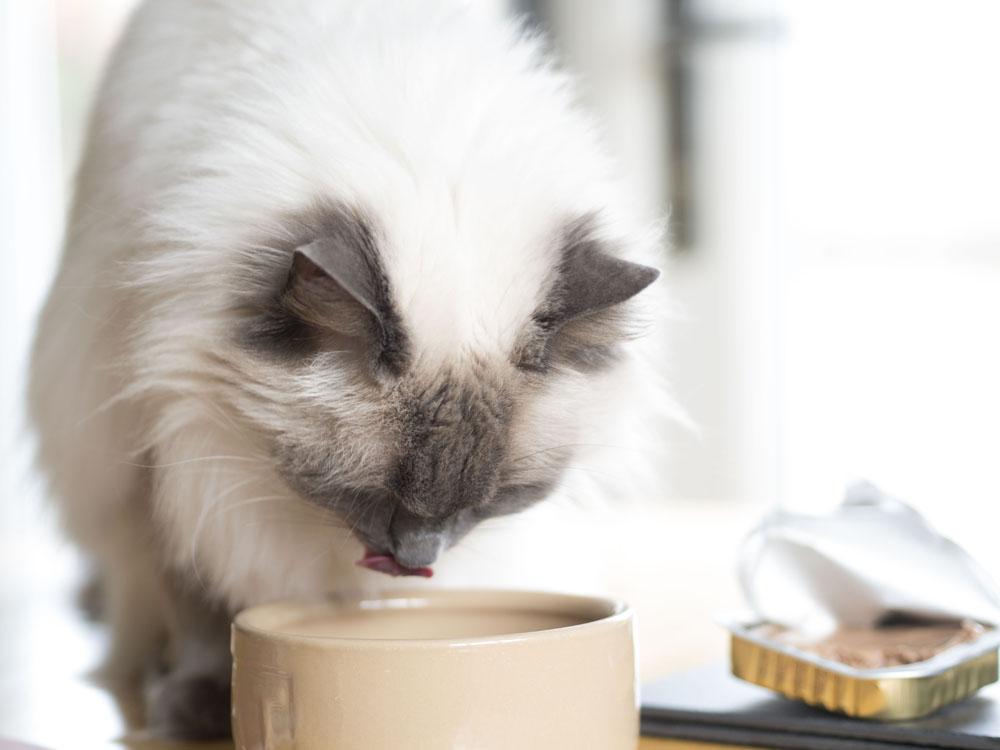 The first time I gave her some to try I’d put half the contents mushed up in her bowl, and left half in the tray beside her so that I could take some nice photos with the food in shot. She usually has quite a small appetite so I thought nothing of it, but after scoffing the contents of her bowl this happened: 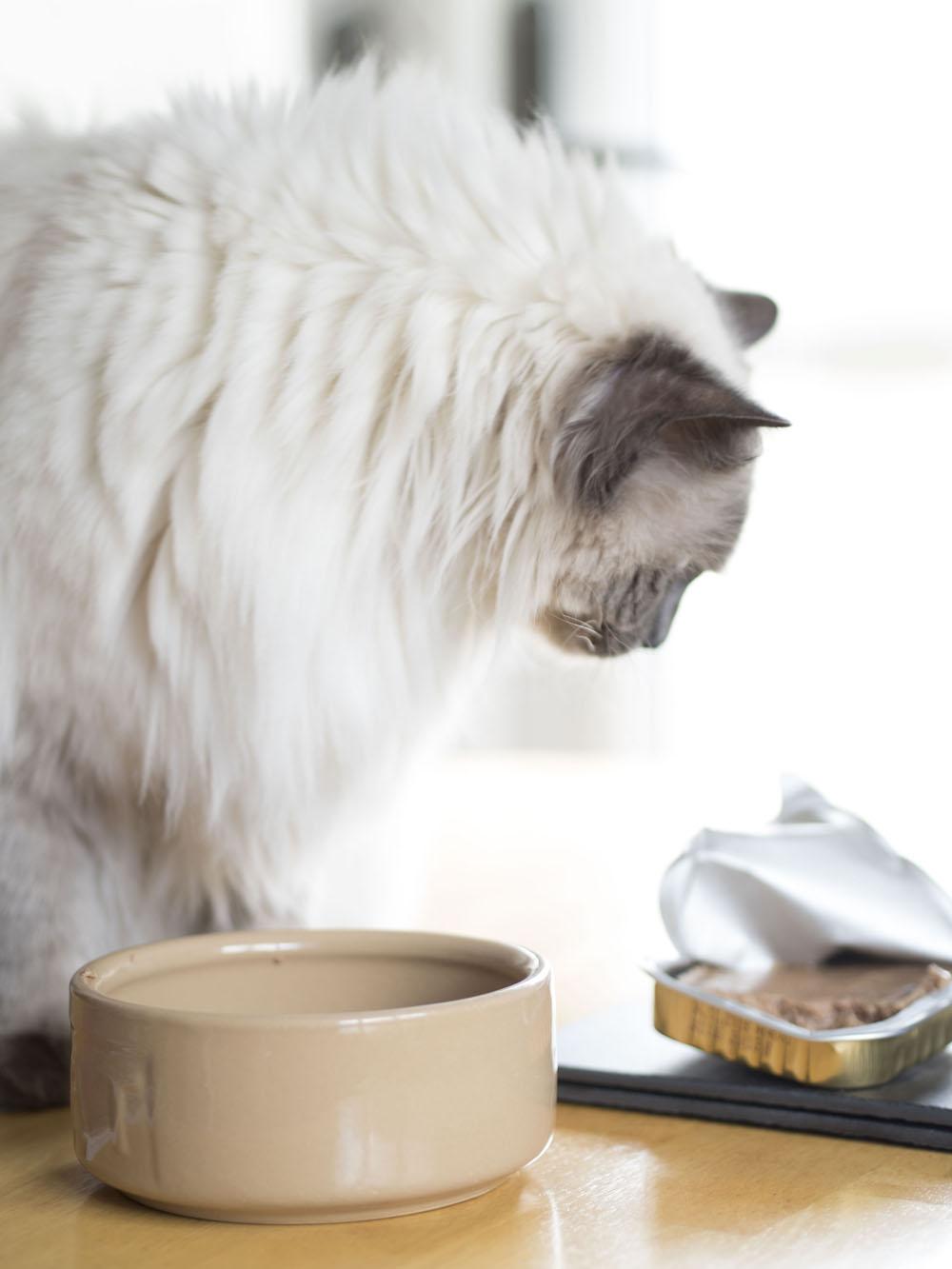 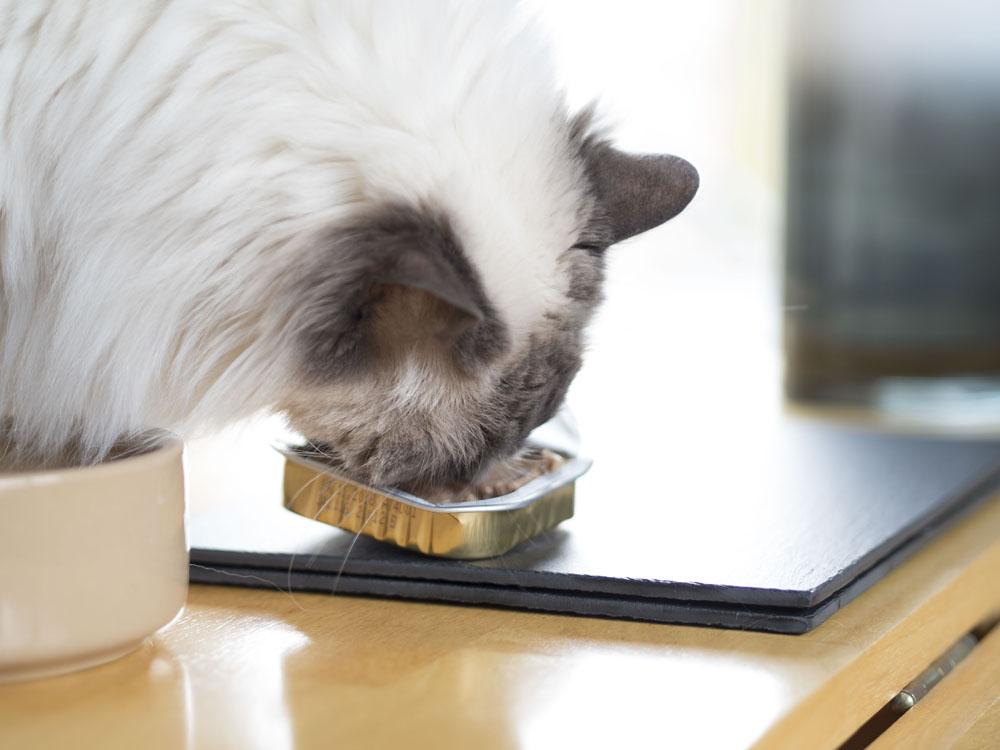 I think you could call that another success! Sookie doesn’t usually wolf down her food so quickly or in such quantities though so regrettably she threw half of it back up about 20 minutes later.

That, my friends, is one of the joys of having cats!

For an easier, quieter life, I decided that I’d keep them on a dry food diet.

Mr Darcy had a few unstable days on the kibble to begin with which I put down to his stomach adjusting to the new diet. After that things have levelled out and he’s been fine on the kibble ever since with no embarrassing incidents to speak of and happy healthy litter tray actions (indoor cat owners – you know what I’m talking about!).

Lily’s Kitchen Pet Food is definitely one of the more expensive on the market (£19.95 for 2kg Dry Food) but when you have a cat with a sensitive tummy or special dietary needs I think quality ingredients really can make a world of difference to the everyday health of your feline friends. For that reason this range gets the LovedByLaura, no wait, LovedByMrDarcyandSookie stamp of approval!

*Disclaimer – The items mentioned in this post were PR samples provided to me so that myself and my two furry pawed assistants could provide our honest thoughts. For comparison, I normally spend £17.99 on a 2kg packet of kibble.