Strawberry Season! | A Visit To StreetXO Mayfair with Seasonal Berries 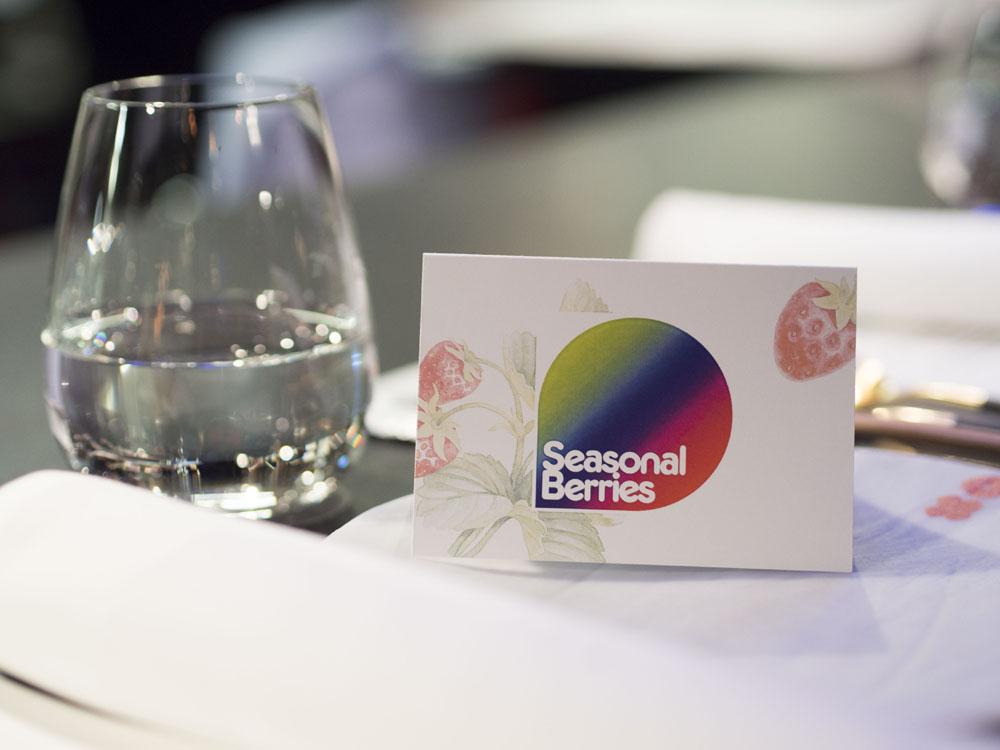 Oh I do love strawberries! Aside from the fact that they are sweet, juicy and delicious, a whole cup contains just 43 calories which means that I can snack on them until I feel completely stuffed and not have to feel guilty about it in the slightest!

From May until October the British strawberry season comes into full swing and with a plentiful supply available the price per punnet reduces. This means that I can afford to buy fresh strawberries more regularly which makes me a very happy (and more healthy!) bunny. 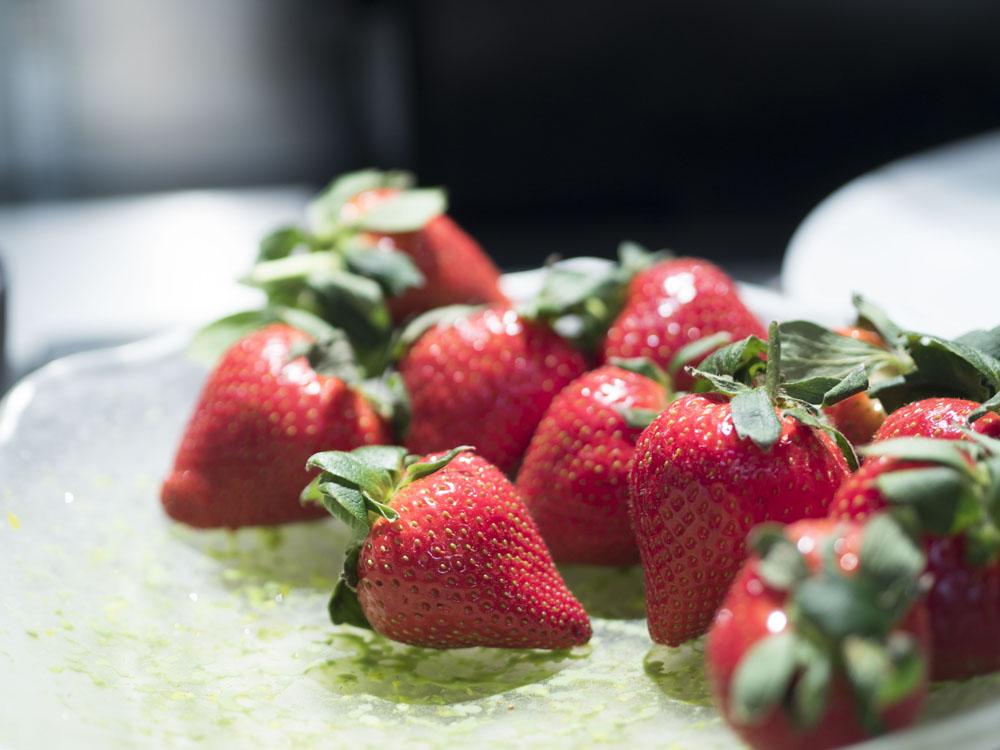 I’m clearly not the only one with a fondness for the humble strawberry either. Did you know that there’s an industry body whose sole purpose is to represent the berry growers here in GB? They’re called British Summer Fruits and they fund the Seasonal Berries programme; a year-round campaign which shares the latest information and facts on berries. A few weeks ago their team held a special event at the recently opened, sassy as hell restaurant StreetXO in Mayfair to celebrate strawberry season. Yes, I did just call a restaurant sassy, you’ll see why in a minute! 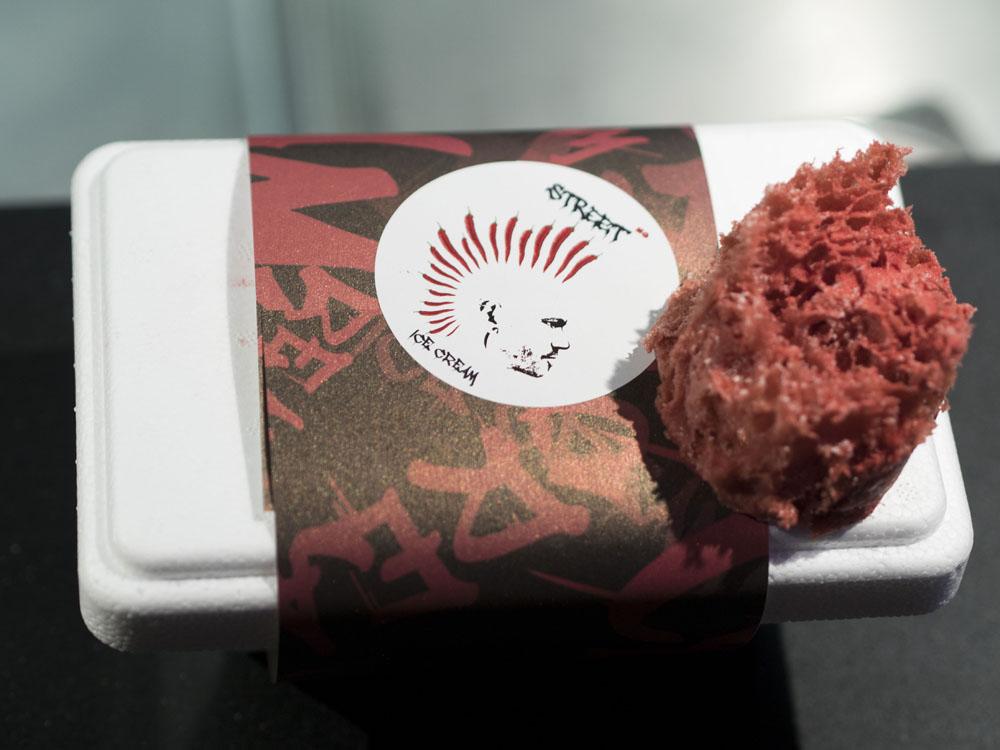 In what can only be described as a dream afternoon for a foodie like myself, I was allowed into the Street XO kitchen to hang out with the chefs and watch them in action. I had a go at making some of their fabulously creative signature dishes myself… or at least I chopped up the odd strawberry and used a thermo mixer whilst the chef did all the complicated bits… but hey, I helped! 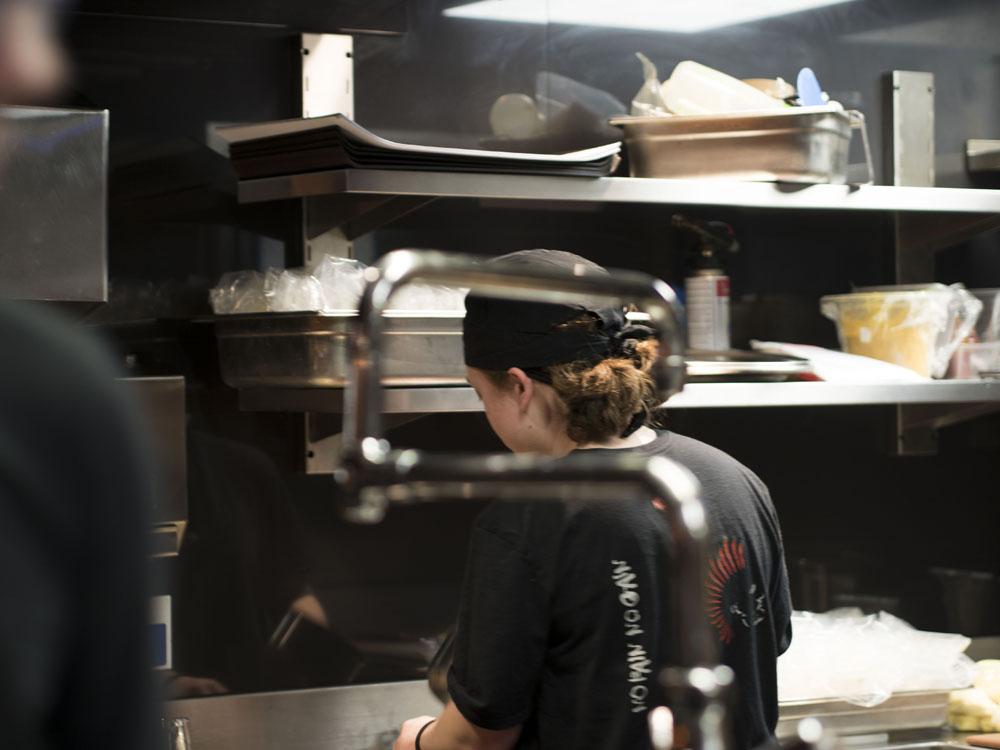 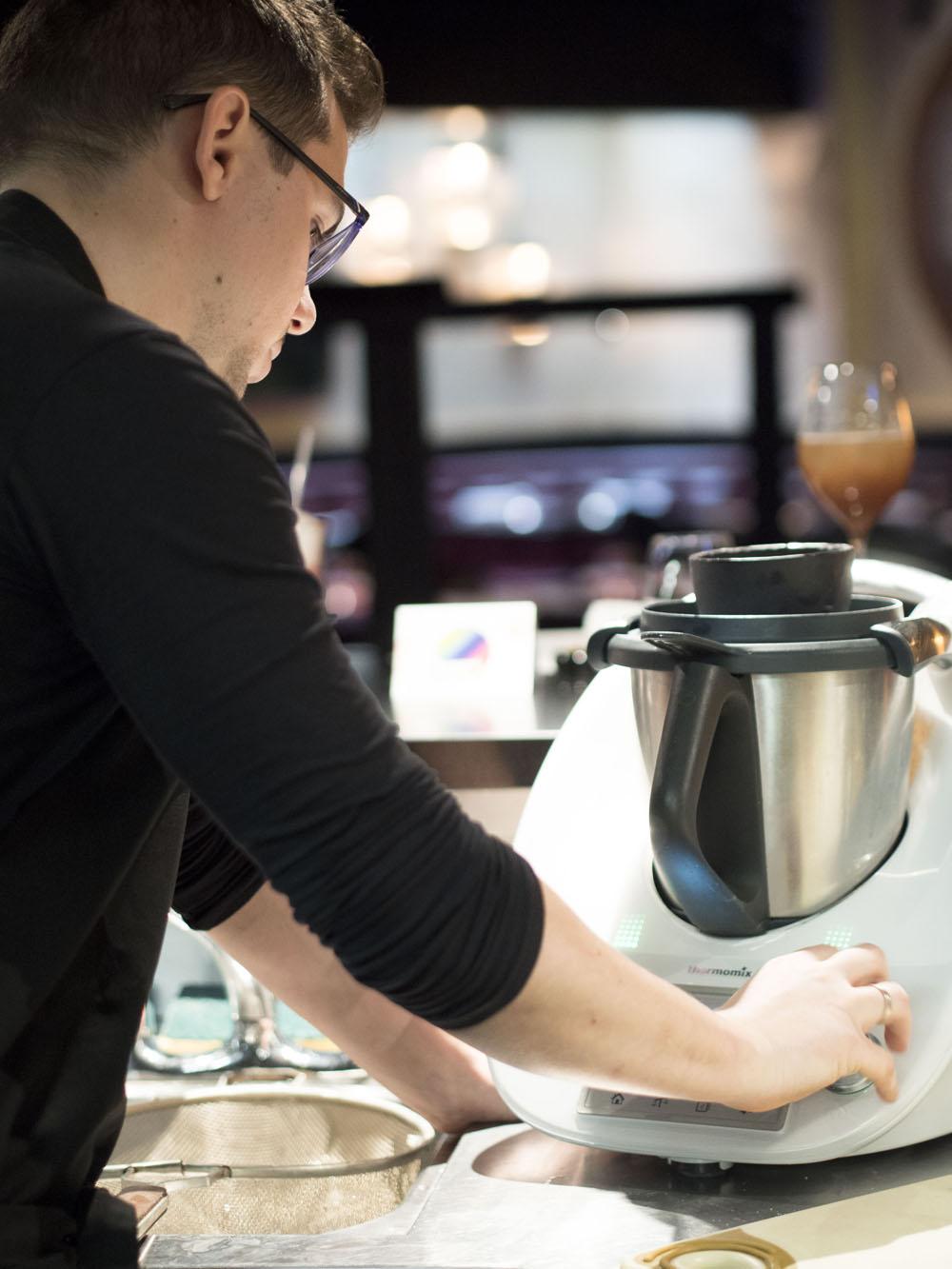 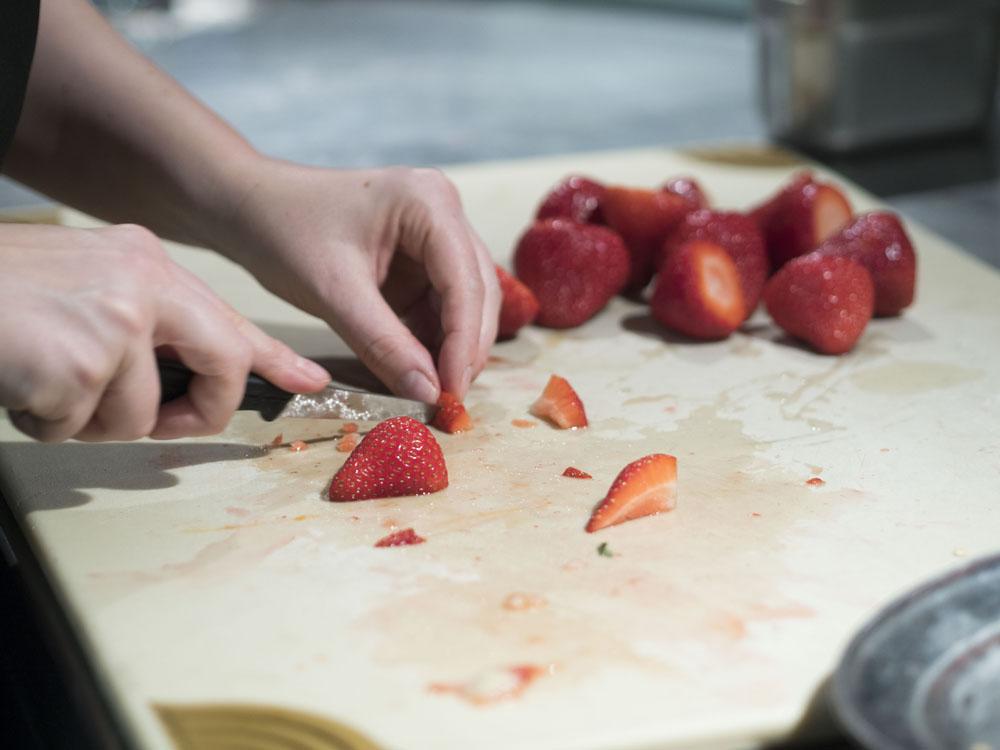 All the dishes had been reinvented for the day to feature the star of the show, the strawberry, in order to showcase it’s versatility. As it turns out strawberries aren’t just for smoothies and desserts, there’s a lot more that you can do with these beautiful red berries!

So let’s talk about StreetXO. I feature food on my blog A LOT but what you probably don’t know is that I’m a proper geek about it all. I’m fascinated by molecular gastronomy (the sort of thing Heston Blumenthal does where he uses science to play around with the taste and texture of food) and although taste is obviously key, I also love finding restaurants that create theatre and drama and give you an experience whilst you’re there. StreetXO has it in spades with an in your face, unapologetic punk vibe to the decor and chefs with mohawks wearing straightjacket buckled whites. 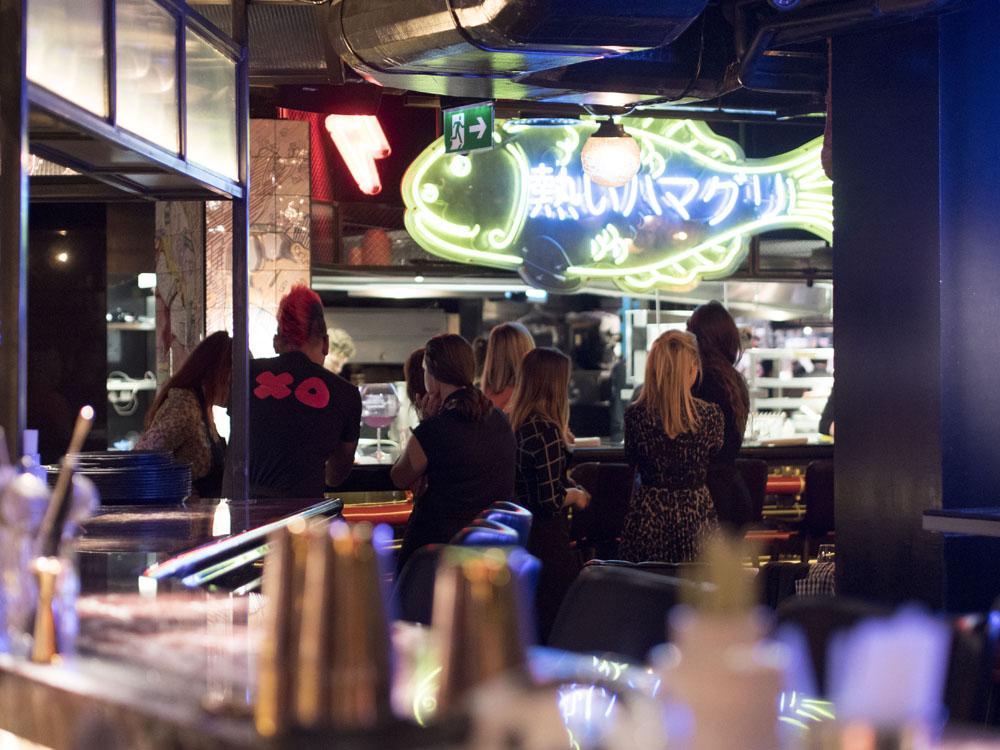 The restaurant is the brainchild of David Munoz, Madrid’s only three time Michelin star chef. He’s been described as the ‘enfant terrible’ of fine dining for his highly creative, sometimes wacky take on cuisine. Reviews of the restaurant that I found online were incredibly mixed with some high brow food critics calling it ‘style over substance’. 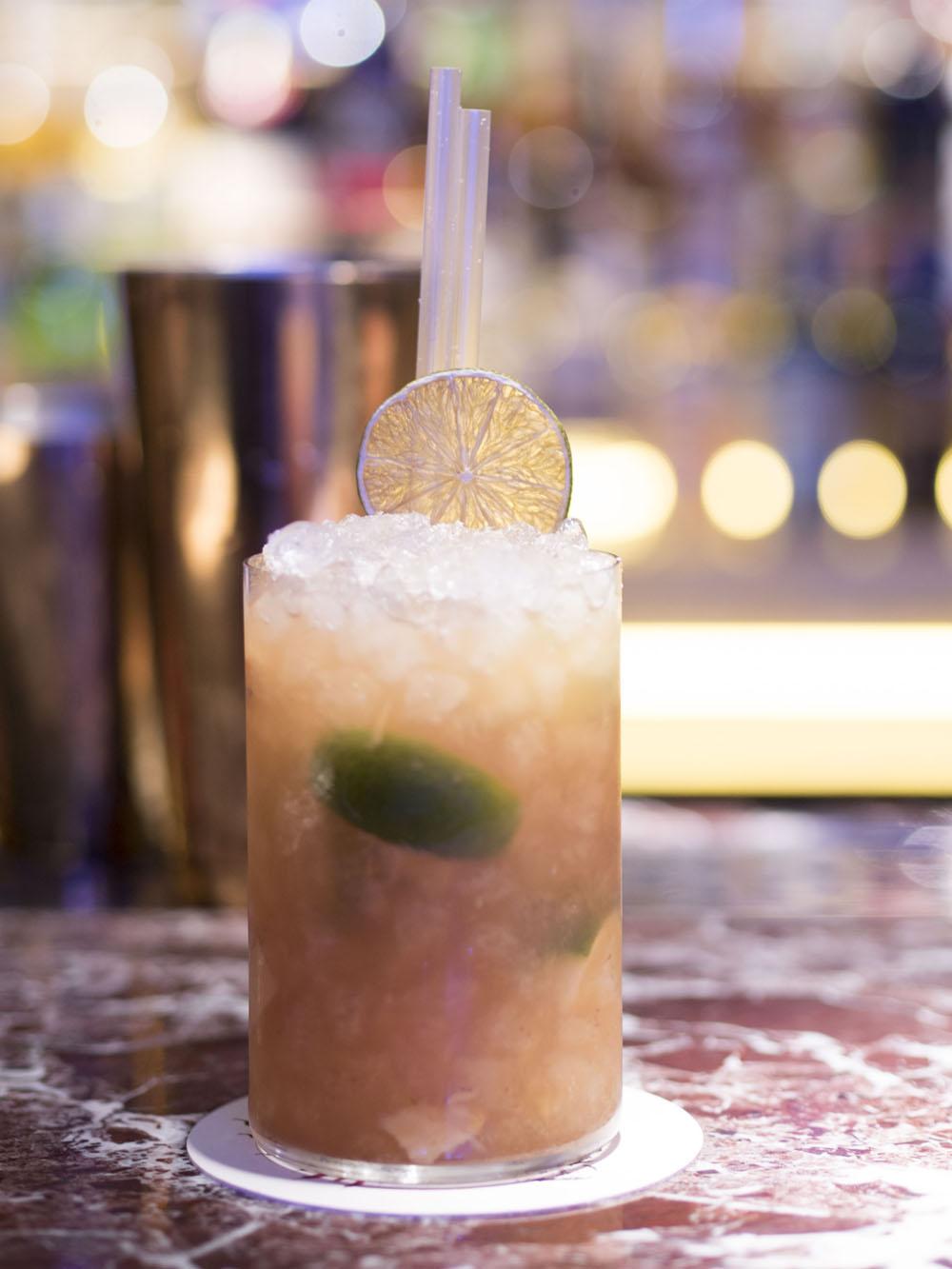 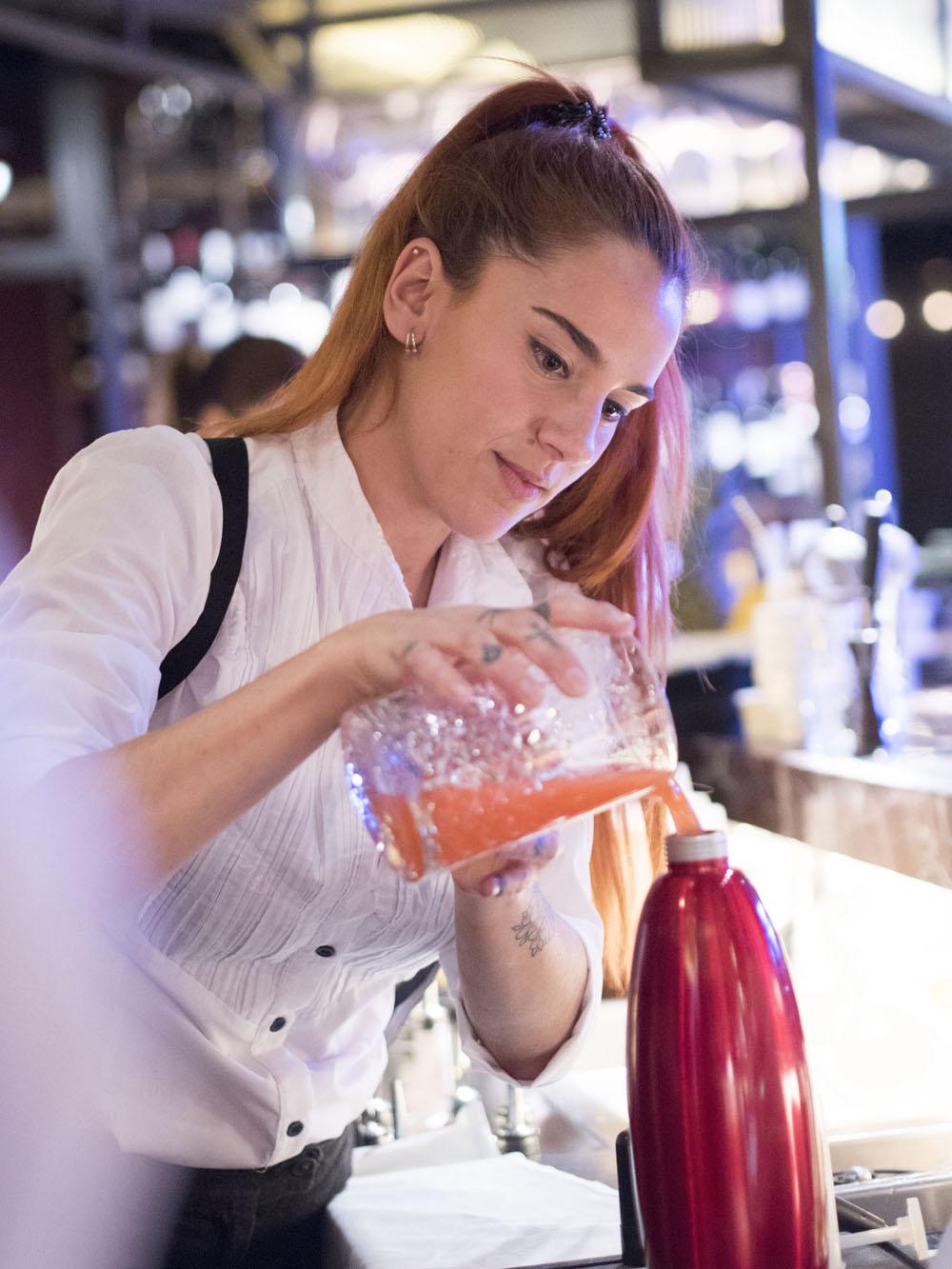 It certainly has style. My friend and I started off at the bar for a cocktail and were more than a little baffled by the choices. They all sounded fun from their names, but we weren’t entirely sure what we were ordering because we hadn’t heard of half of the ingredients! 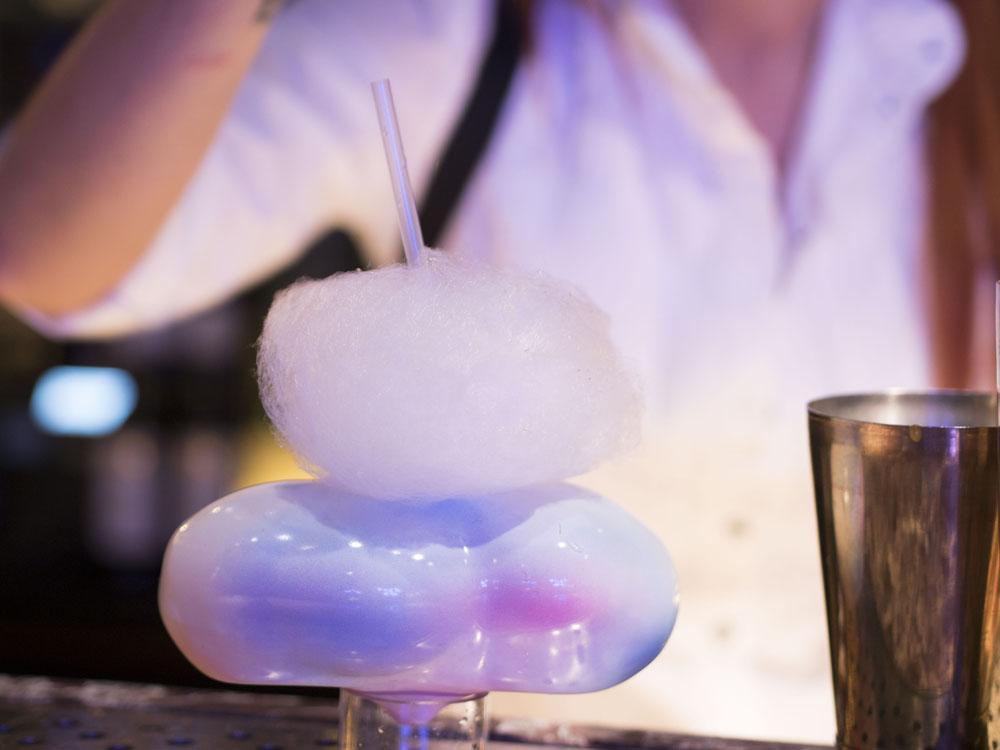 Watching the cocktails being made was entertaining in itself, with each one seemingly more outrageous and theatrical than the last! One arrived in some kind of glass bubble topped with unicorn candyfloss, whilst a G&T arrived in a comically oversized wine glass. There’s a reason behind the theatrics, apparently the huge glass allows you to appreciate all the aromas. I just found it really fun to watch!

Then there’s the food. The portions are quite small and I got the impression that you’d ideally need to order 3 or 4 to fill you up (I was sharing each plate with two friends so it was a bit hard to get a true sense, but I shared 5 dishes and could have eaten more). This makes it an expensive place to eat, probably around £75 before drinks – ouch! 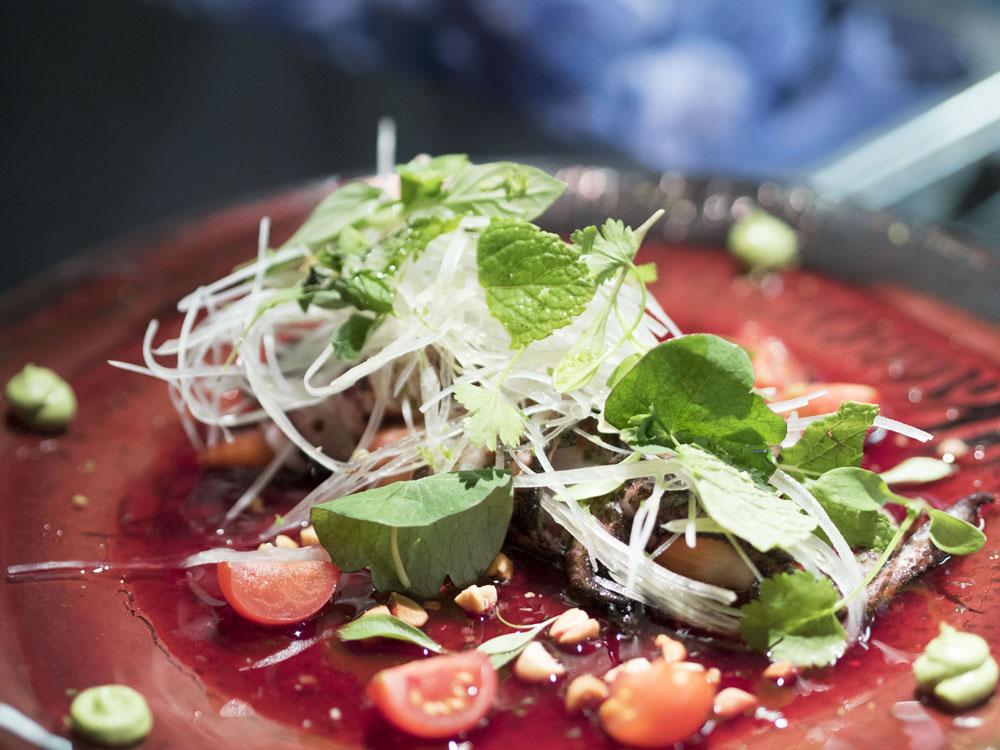 The food though was downright delicious and a total surprise to the senses. What looked to be a rather unassuming salad was my highlight of the menu. Every mouthful was an explosion of different flavours and I found myself wanting more which believe me is something I’ve NEVER said before about a salad! 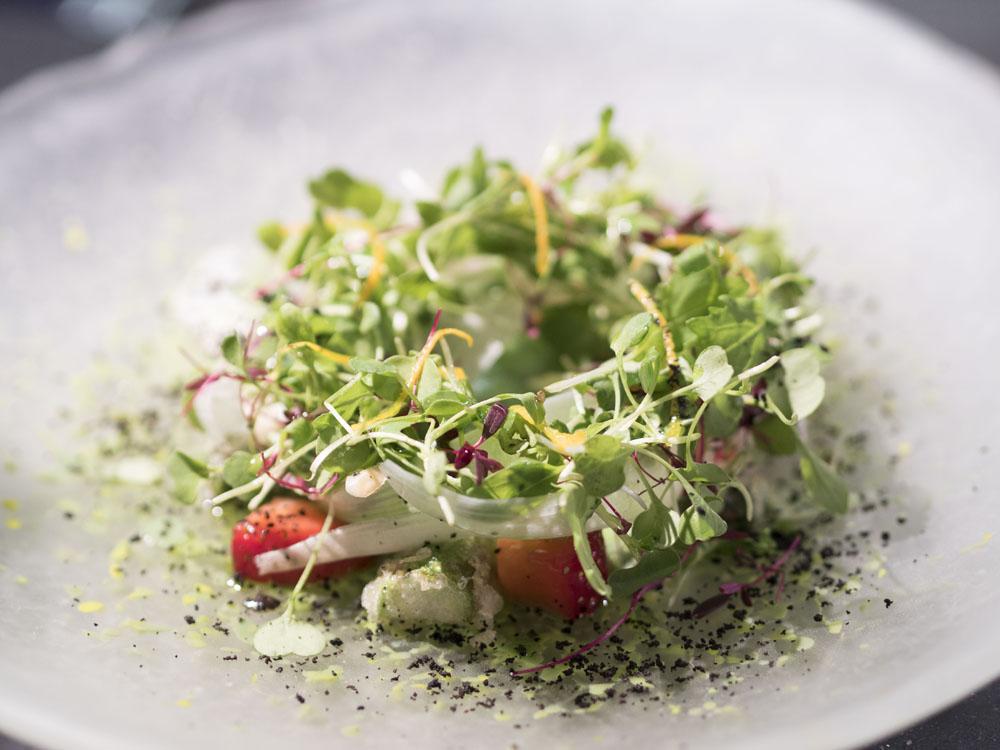 Who knew that strawberries would work in a savoury salad either? Try that one at home kids, it’s a belter! 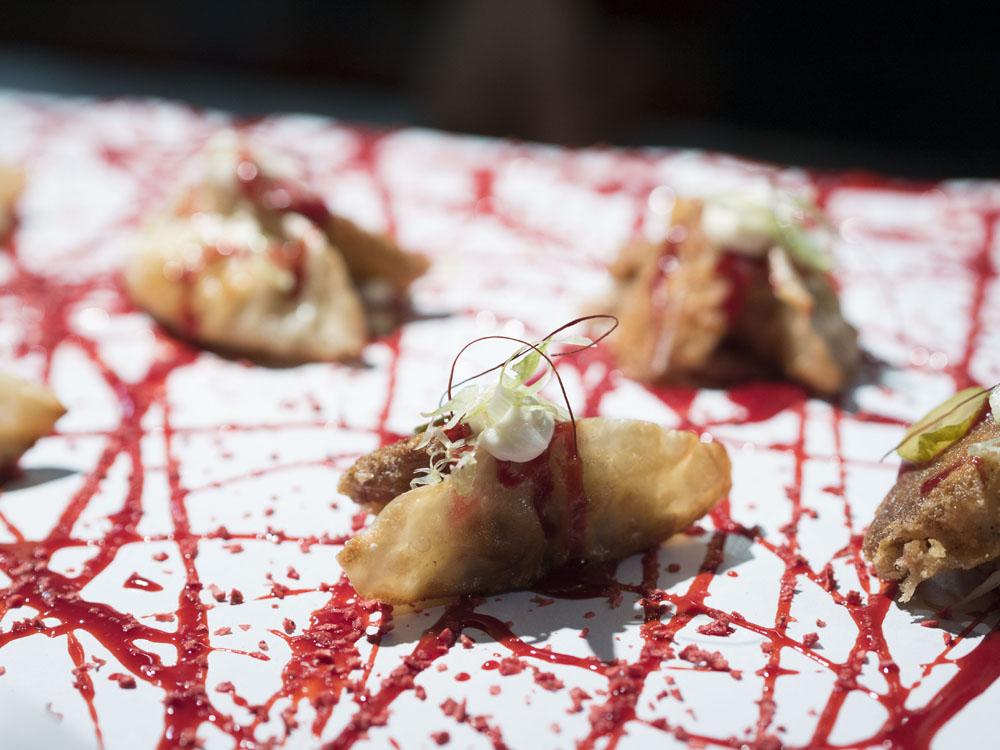 Then there was a the pekinese dumpling with crunchy pig’s ear, strawberry hoisin, Ali-oil and pickles. Despite wincing at the thought of eating a pigs ear (OMG that sounds awful doesn’t it?) I decided to be brave and ended up enjoying the first so much that I had a second. The best part for me though was watching the chefs assemble the dish. Although there are regular tables for seating, you can also choose to sit at the bar and from there see the whole production line as they create their artistic masterpiece before your eyes. 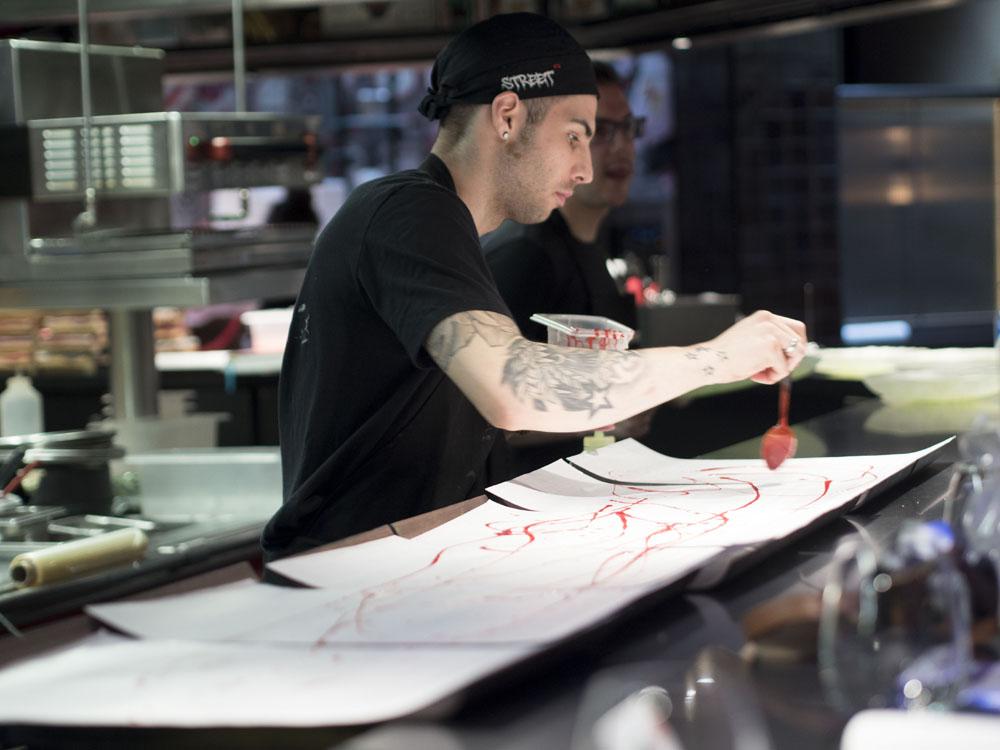 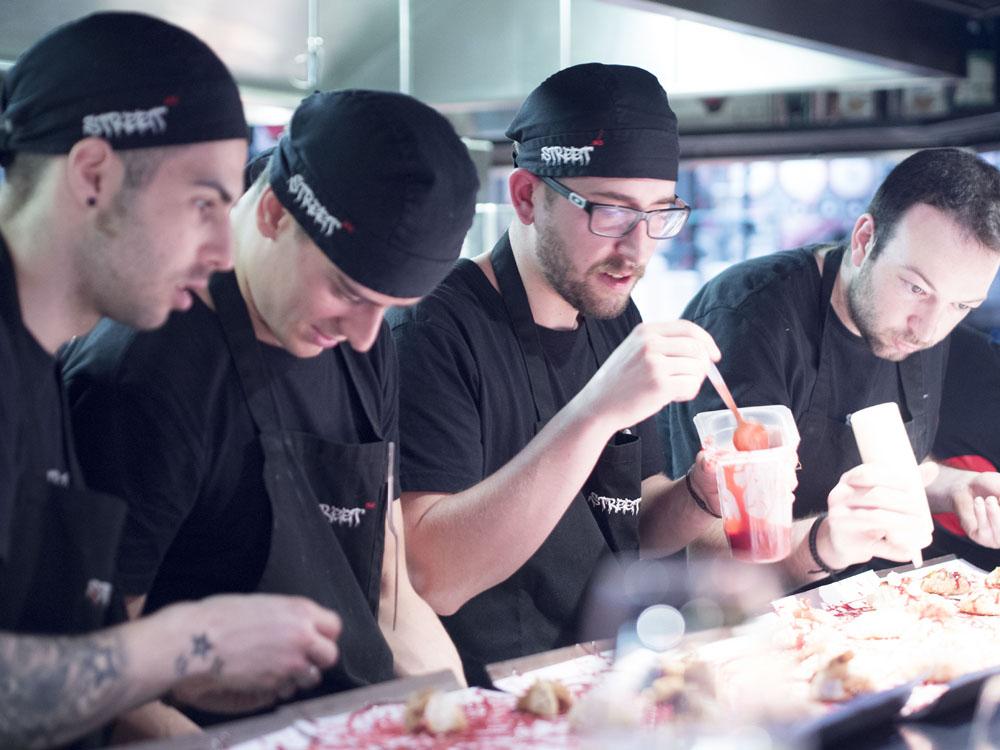 So what can I say? I’m not a qualified food critic, I’m just a regular ‘eat out for a treat when I can afford it and then feel kind of naughty for spending so much on a plate of food but hey it was fun and I’ll do it again next payday’ kind of girl. And all I can say about StreetXO is DAMN I had fun eating there! 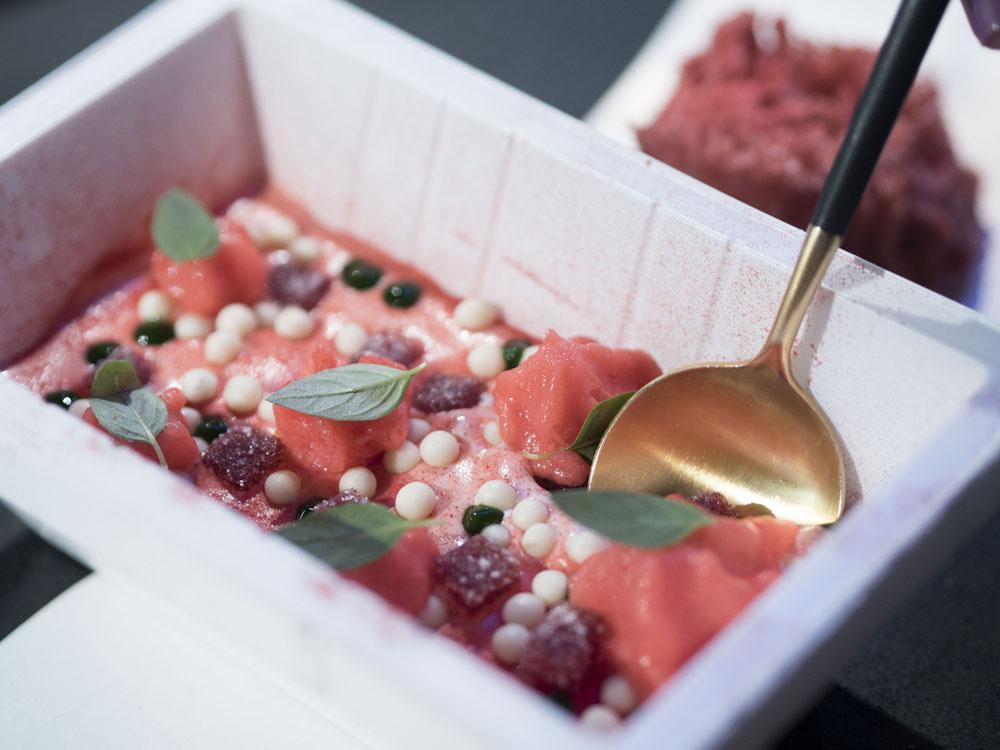 StreetXO is situated at 15 Old Burlington Street, W1S 2JR and you can book at StreetXO.com
For more information on all the wonderful berries available across the year and facts on their health benefits visit www.seasonalberries.co.uk