A Date With Mr Grey At The Showcase Cinema & Oscars Bingo 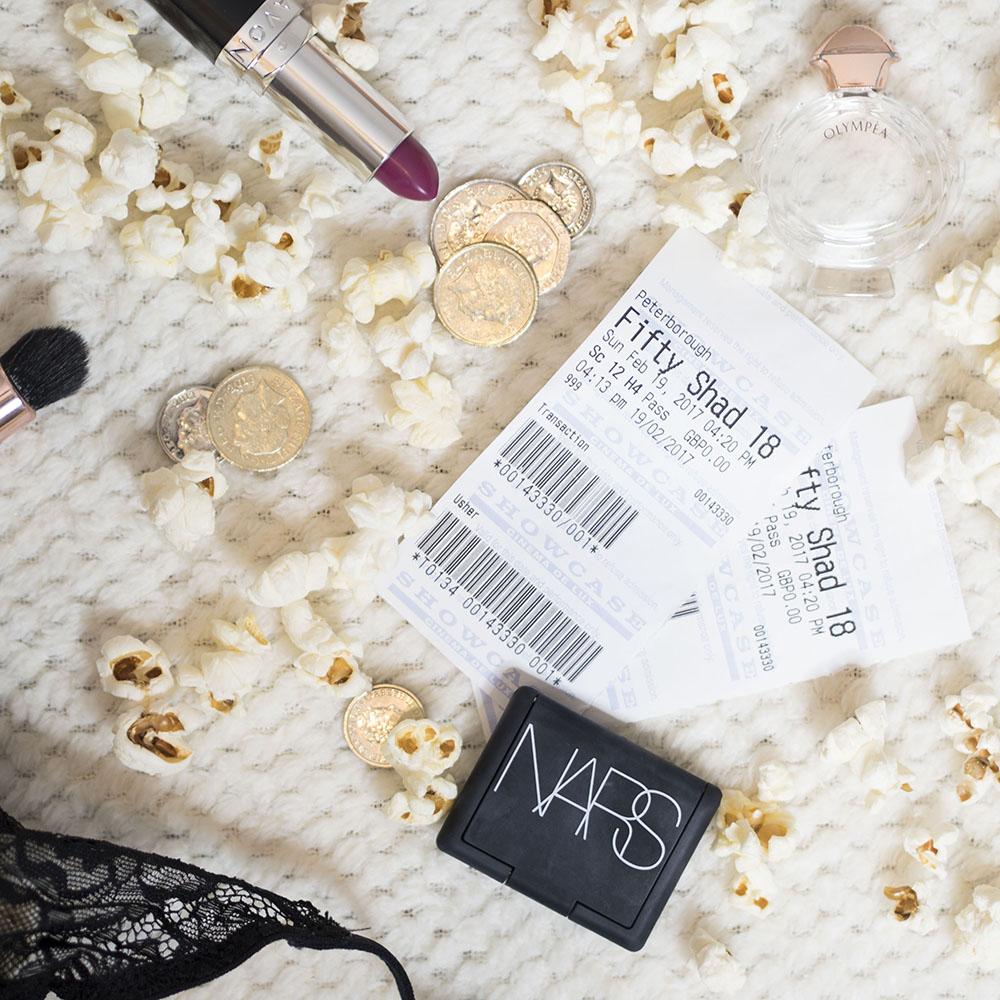 Well blimey, it has been AGES since I last posted! What have I been up to you might ask? Well, mainly working, revamping my entire house and trying to cram in sleep sometimes which hasn’t left me with much free time to do anything else recently!

I did manage to escape to the newly refurbished Showcase Cinema in Peterborough with my friend Tiffany though for a relaxing girl’s night to watch Fifty Shades Darker. 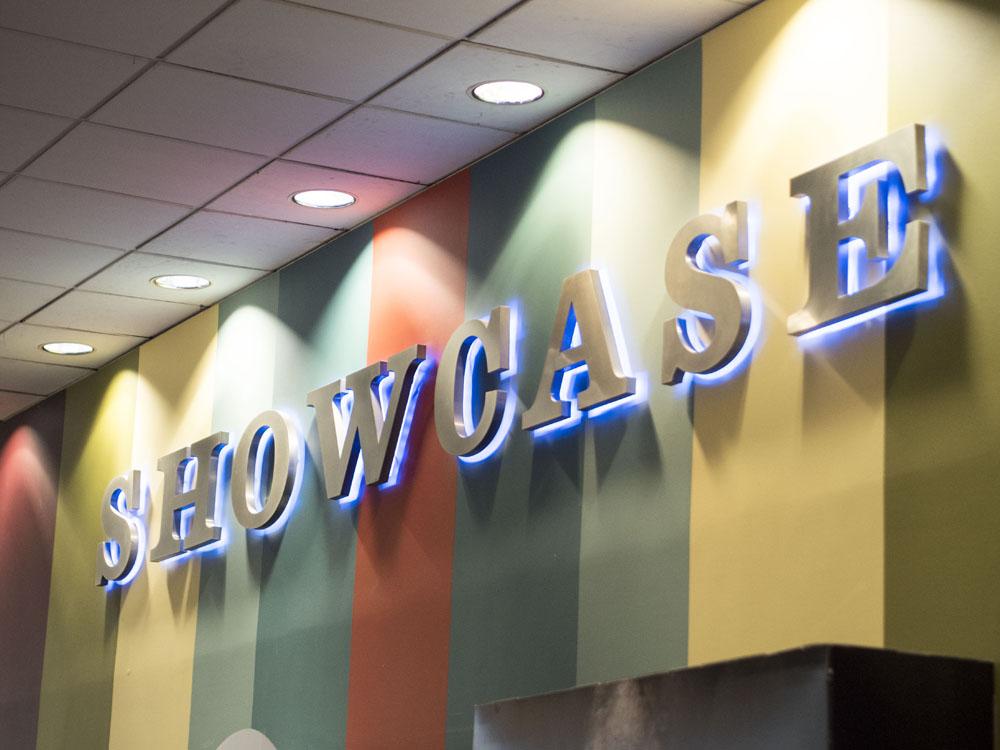 My local Showcase Cinema used to have a reputation for being rather old and past it’s sell by date (think sticky floors and rickety foam seats) but thankfully those days are over! Rebranded as a Cinema De Lux, the Peterborough Showcase Cinema has had a super swanky refurb with lots of gadgetry to satisfy my inner geek and make the whole cinematic experience more fun!

In the lobby we bought drinks and took our cups over to the dispenser to mix and match flavours and create our own perfect fizzy combination. 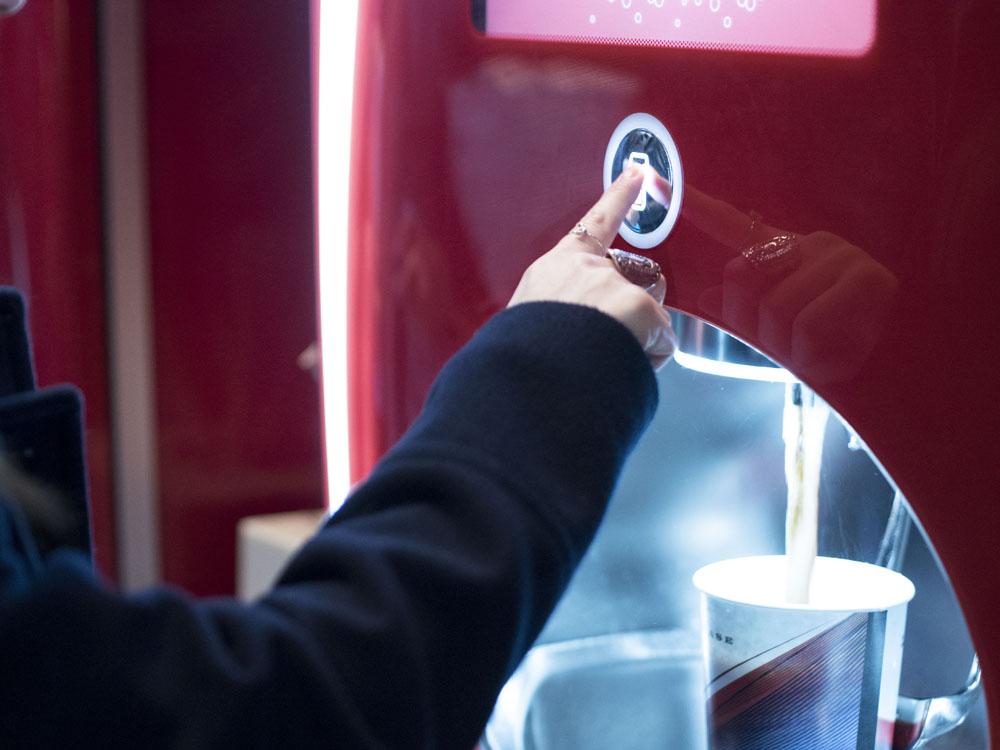 We ordered popcorn and figured that if we ordered one sweet and one salty bag, then we could mix those together too.

…what we hadn’t counted on was that the ‘large’ popcorn size is actually ginormous! As in, bigger than my head ginormous! Look at the size of it! 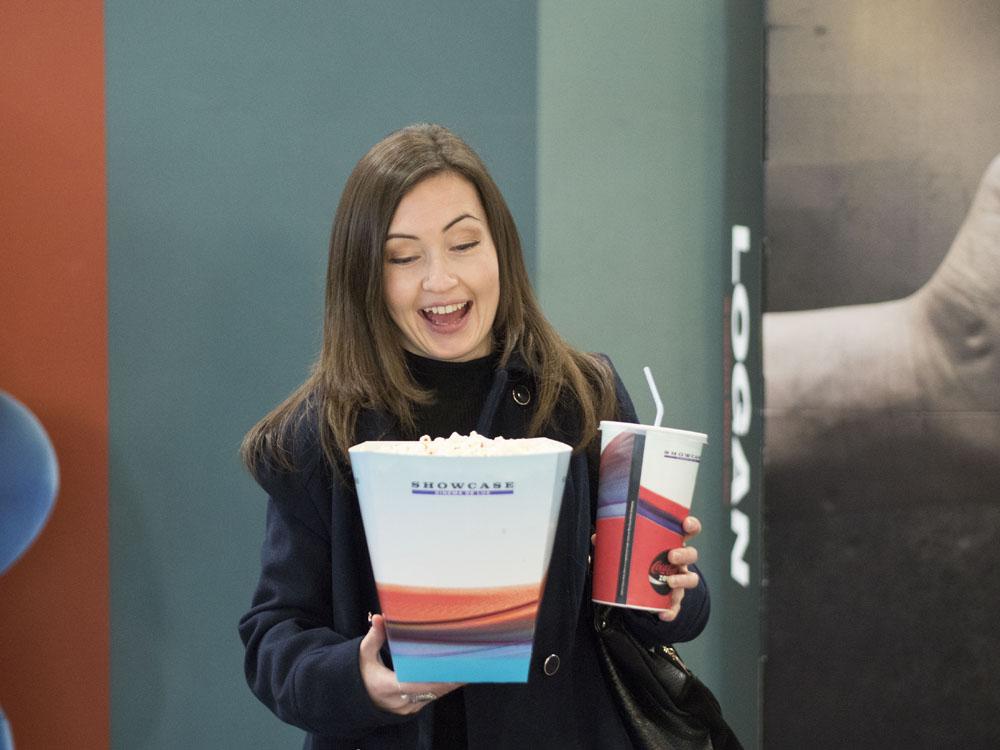 In the screen room we were delighted to discover that the cramped, fold up seats of old have been replaced by super spacious electric recliners. I’ve never felt so comfy in a cinema chair before! Usually I’m a complete fidget; constantly crossing and uncrossing my legs and shifting in my seat but with these babies I hardly moved a muscle during the film. 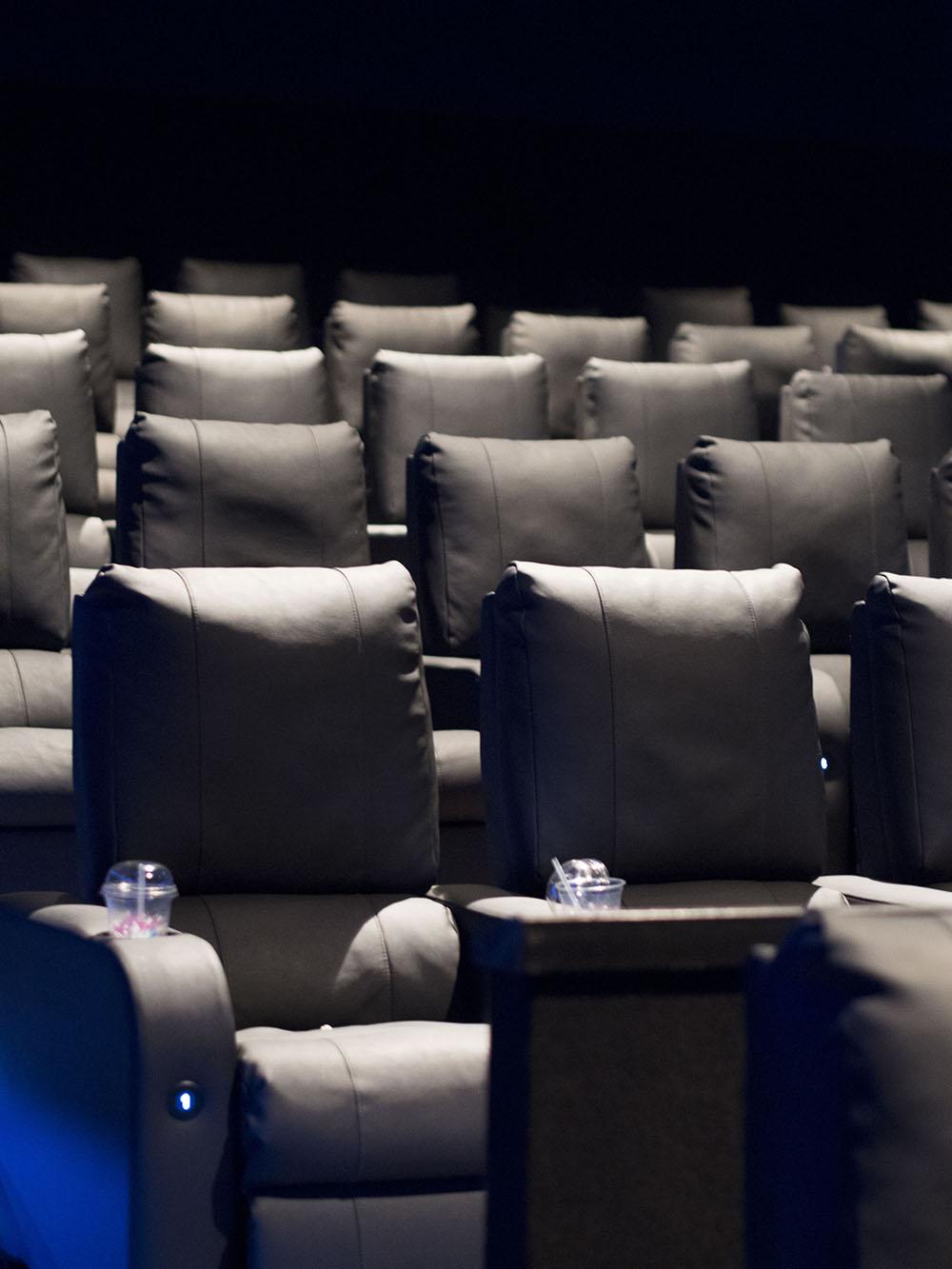 So what about the movie I hear you say! Well, it isn’t going to win any Oscars but I thoroughly enjoyed it nonetheless! It’s a bit raunchier than the first one once it gets going but it’s funnier with it and is really quite a sweet romantic movie overall (umm… that is if you ignore Mr Grey doing a few weird things like command his former flame to ‘stay’ like an obedient dog or that time he takes his new girlfriend to his former dominatrix’s hair salon, because THAT was always going to be a smart move wasn’t it Christian?!).

Speaking of the Oscars, I arrived home one day to find a massive box of goodies waiting for me. Showcase Cinemas had made sure that I could watch the awards show in style by supplying me with champagne, sweeties, popcorn and everything that I’d need to play Oscars Bingo during the ceremony. 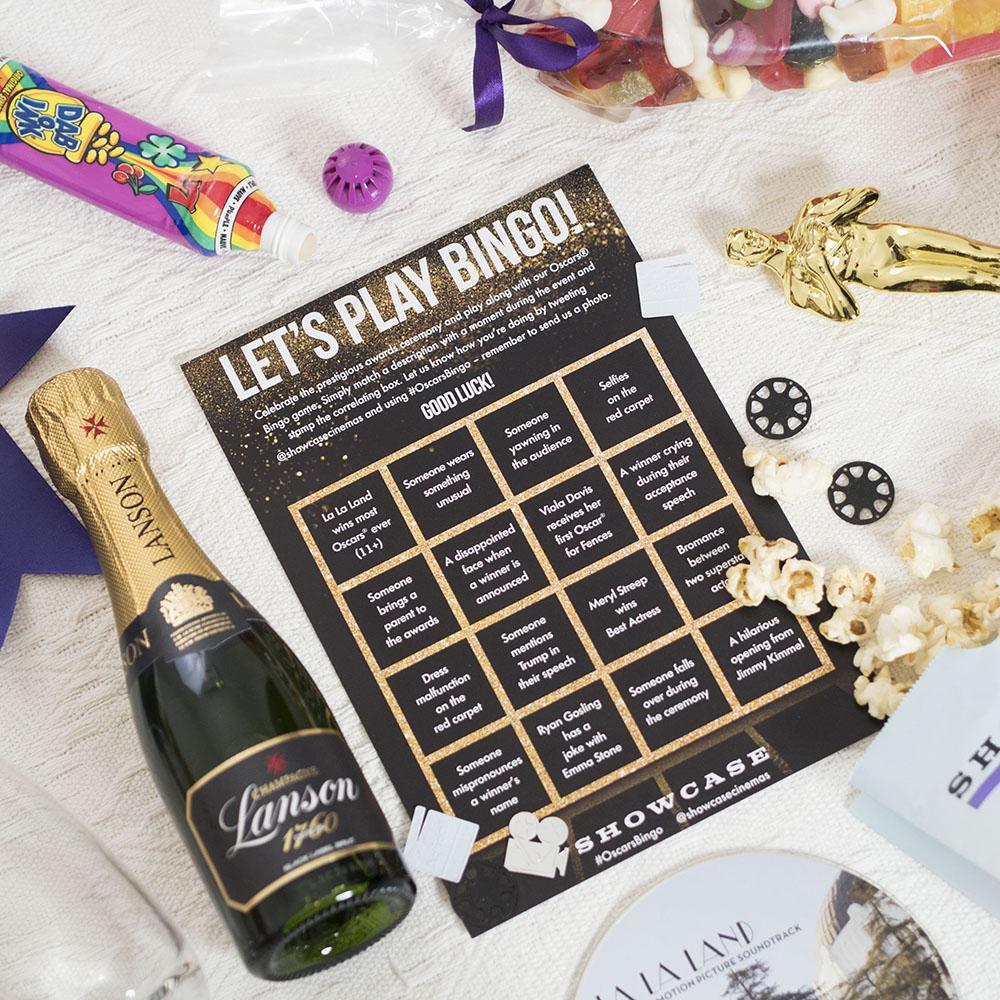 I was going to watch it on Sky the next day as they always show the highlights in the evening, but in the end I stayed up to watch the show live and had so much fun chatting and playing the Bingo with other night owls on Twitter that I didn’t go to bed until gone three. 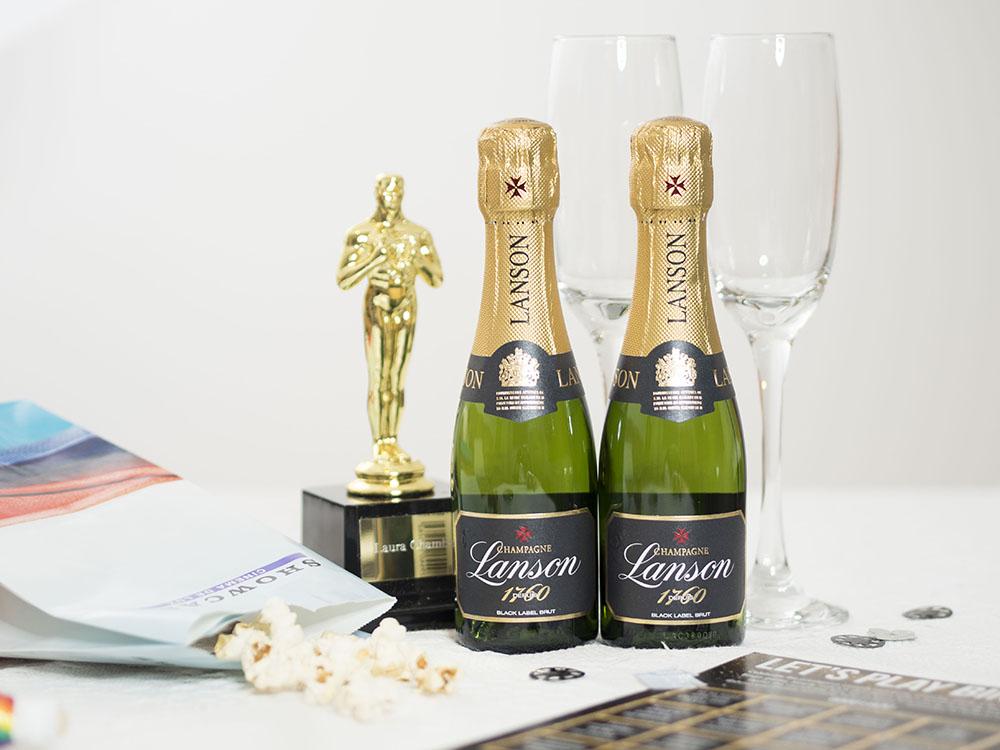 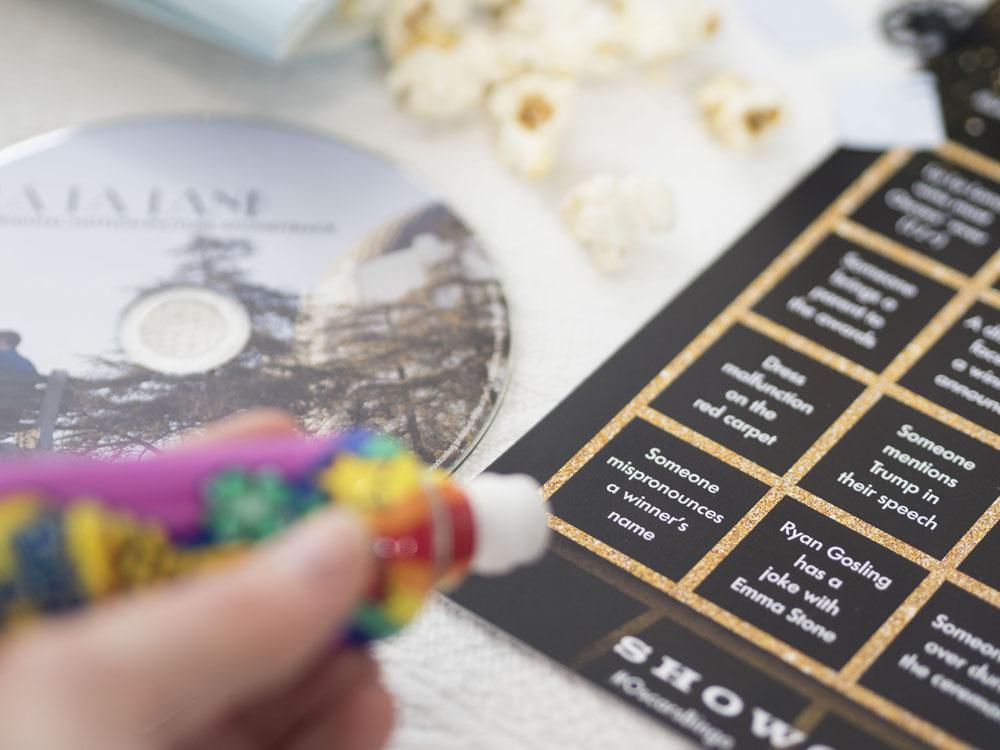 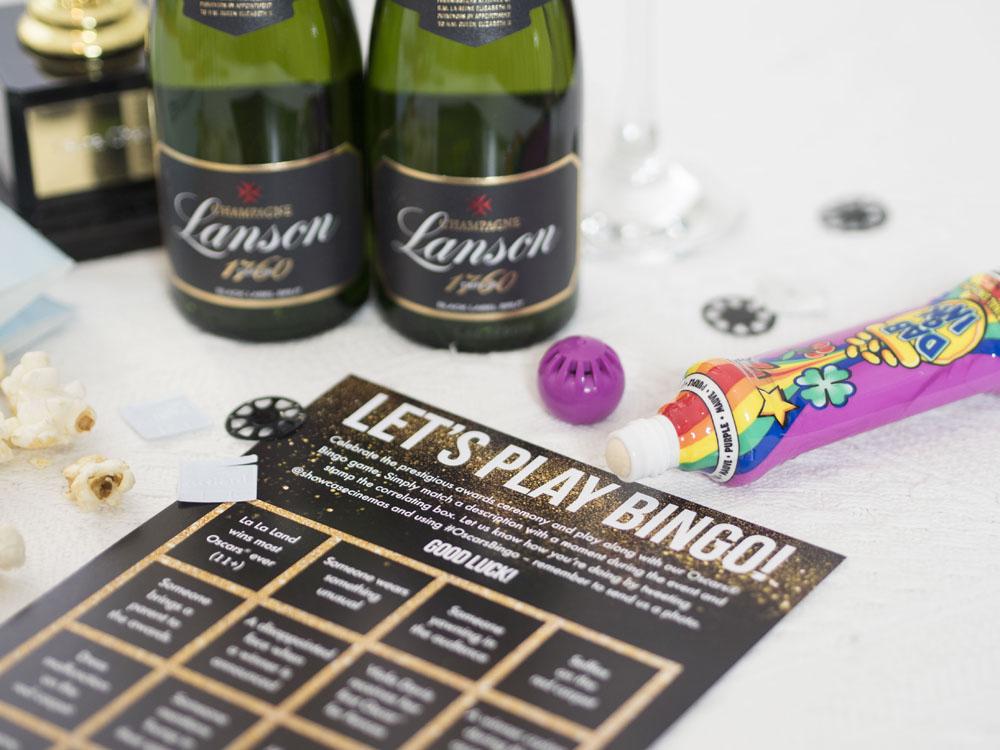 I was a bit miffed the next morning though when I realised that I’d fallen asleep just before the whole Best Film debacle. (If you don’t know about it, they announced the wrong winner who then went up and was halfway through their acceptance speech before being told that they hadn’t won after all – cringe!)

After a really fun Oscars week, it was soon back to a life of work and decorating. The good news is that it’s almost all done now , which means that I can reward myself with another trip to the cinema most probably – Logan and Kong both look promising!

Big thanks go to Showcase Cinemas for not only spoiling me rotten, but also treating Peterborough to such a cutting edge cinema that we can be proud of at last!

Disclaimer: The lovely people at Showcase Cinemas welcomed me to experience the new Cinema De Lux on a complimentary basis, however all views are honest and my own. (I mean, what’s not to love about squishy reclining seats after all?!)