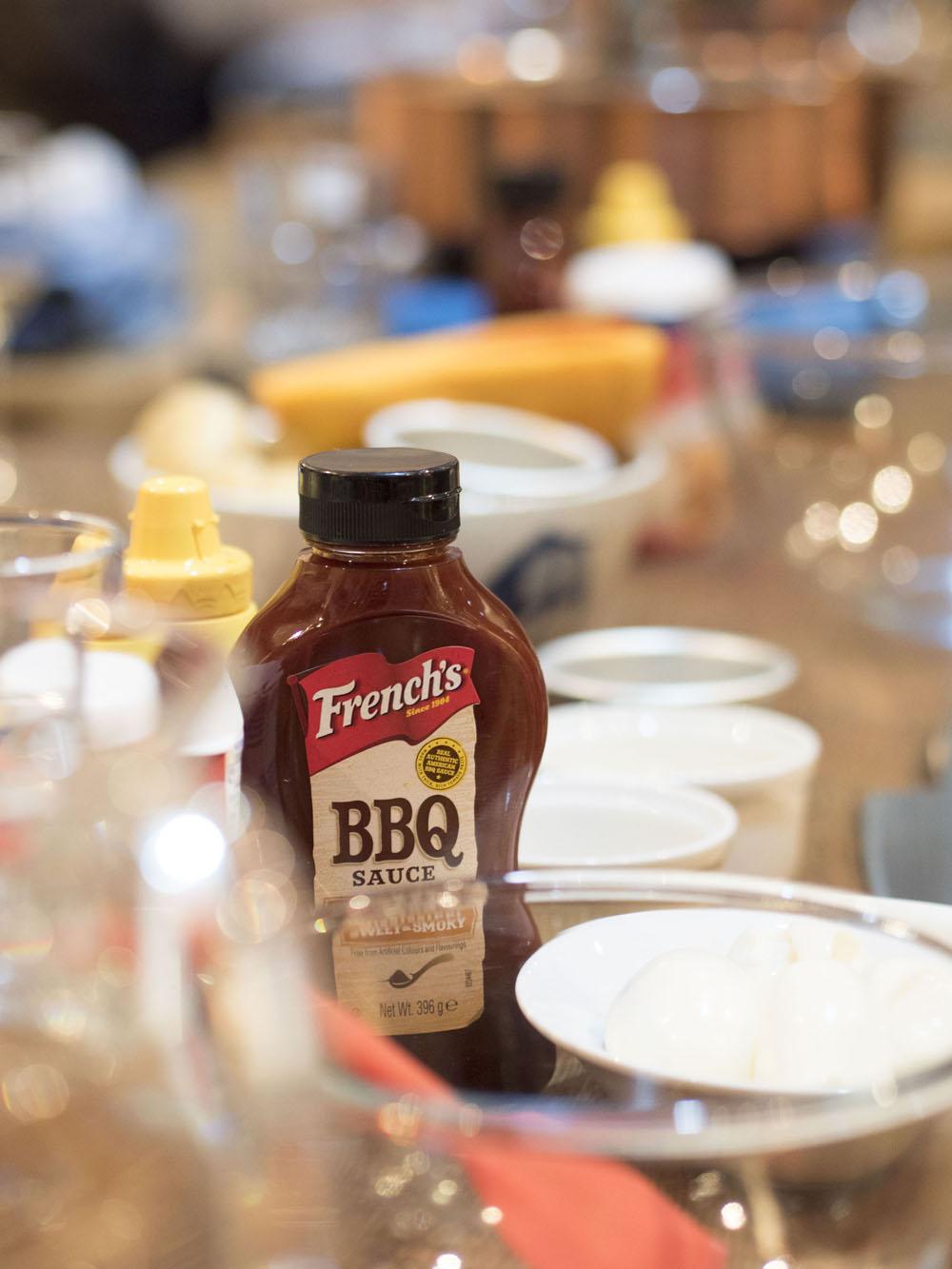 Well this Christmas has been very different for me! I spent Christmas Eve on my own and kept busy by painting The Snug room whilst binge watching Netflix. I didn’t get around to putting up a tree and woke up on Christmas morning with nothing much to do. I solved this problem with a long lie in and then treated myself to a seriously indulgent pampering session – my hair and skin have never smelled so good or felt soft! Even Christmas Dinner bucked tradition; I cooked a Thai noodle chicken laksa because… well why not?!

Admittedly there were some low points. The holidays can be a hard time when you have feelings of uncertainty and aren’t really sure what’s going to happen anymore. In the end though it turned into a lovely day full of hope for how great the future could be. I went to bed feeling contented and had the best night of sleep in ages (despite harbouring severe guilt at the ginormous quantity of cheese and chocolate I’d consumed).

I think it helped that I’d already enjoyed the best ‘turkey and all the trimmings’ banquet of my life back in November when I headed along to Food At 52 in London. 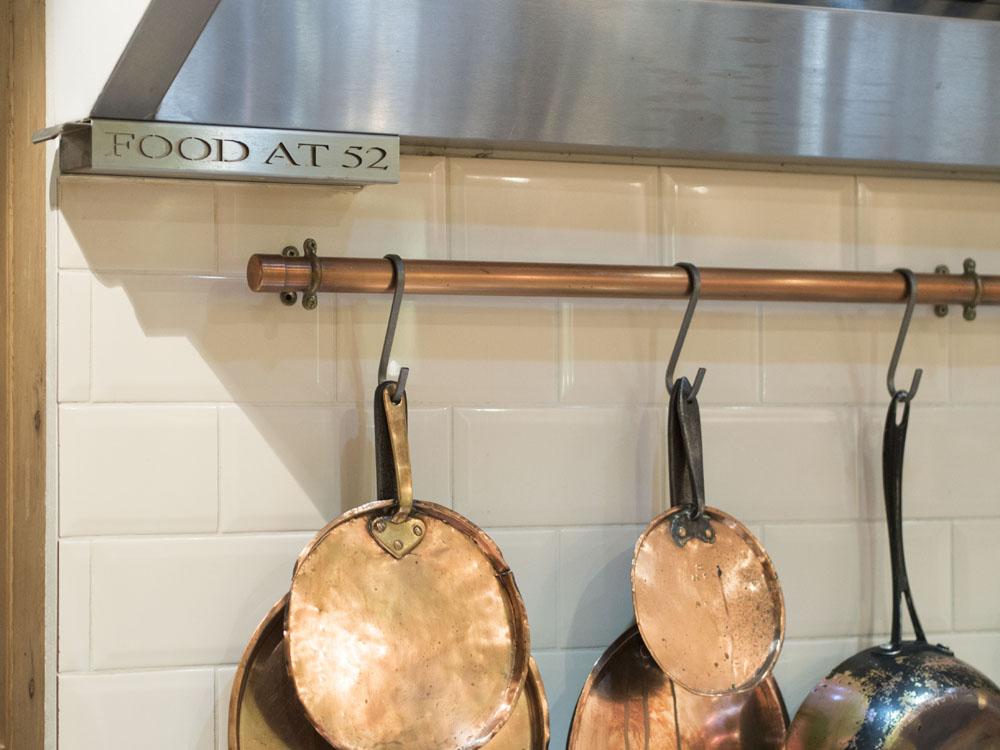 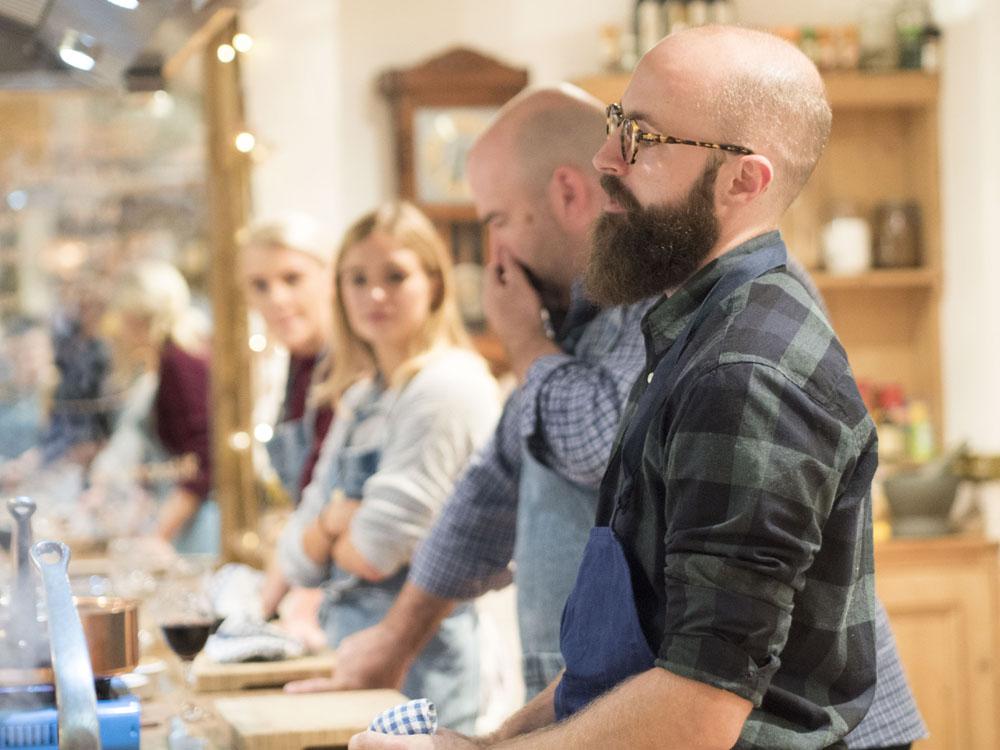 French’s had invited chef Brad McDonald along to show a room full of hungry, foodie bloggers and writers how to cook up some American Thanksgiving classics using French’s mustard to give it all a delicious zingy twist. Despite it being a completely different holiday, it all felt very festive! 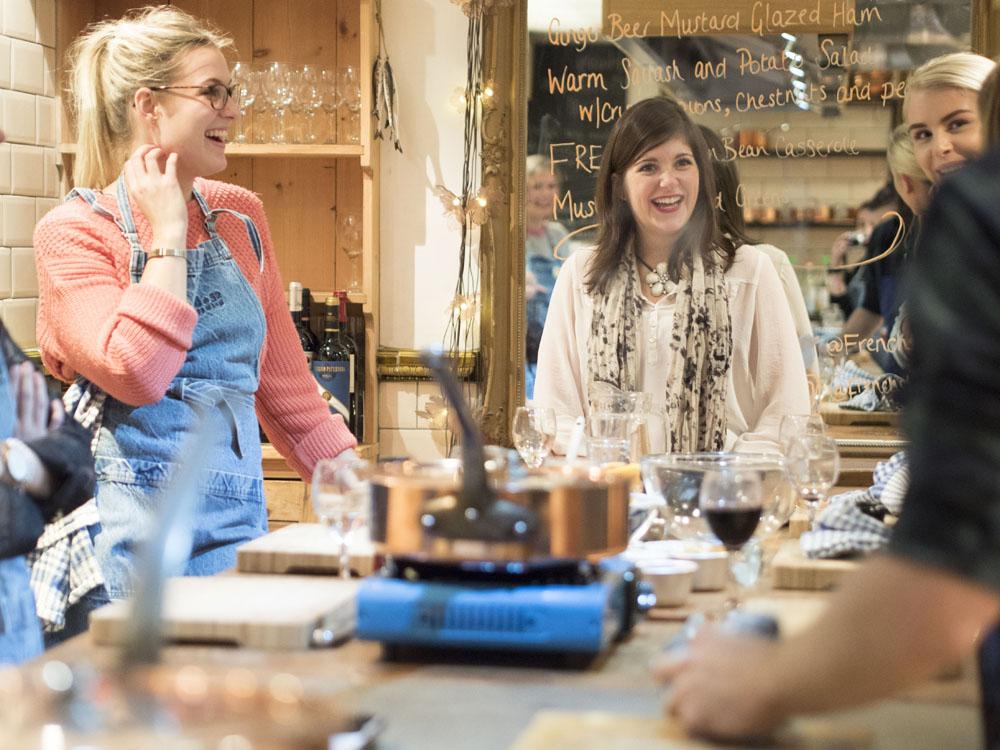 Brad was born in Missippi and so his food influences are from the deep south. He now resides in London bringing the best Southern US food flair to Londoners at his restaurants The Lockhart in Marylebone and Shotgun in Soho. Think New Orleans style dirty rice, grits and long and slow cooked smokey BBQ.

By the time we arrived in the evening the meats were already resting on the stove under foil, having been lovingly prepared and tended to throughout the day. Tantalising smells wafted through the kitchen making our tummies rumble in anticipation. We split into groups and set to work whipping up some side dishes under Brad’s direction. Don’t think of plain boiled veg though, think American style extravaganzas; each one good enough to be a main in it’s own right! 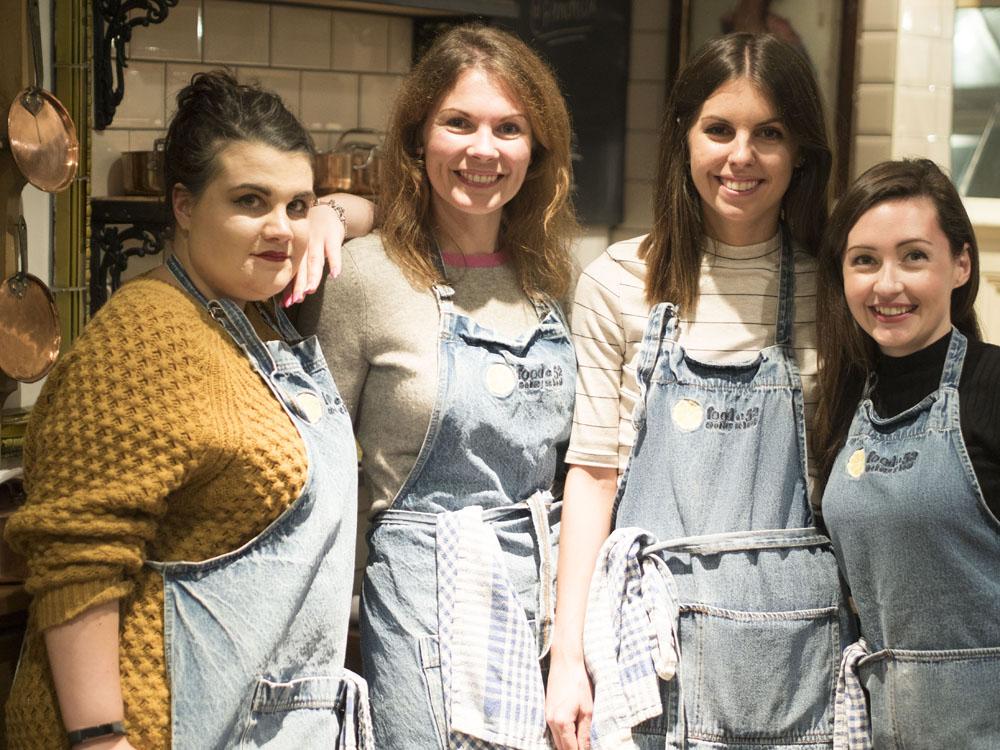 First we made a squash and potato salad with chestnuts, pumpkin seeds and a simple to make but extremely tasty vinaigrette dressing using oil, mustard and chives. 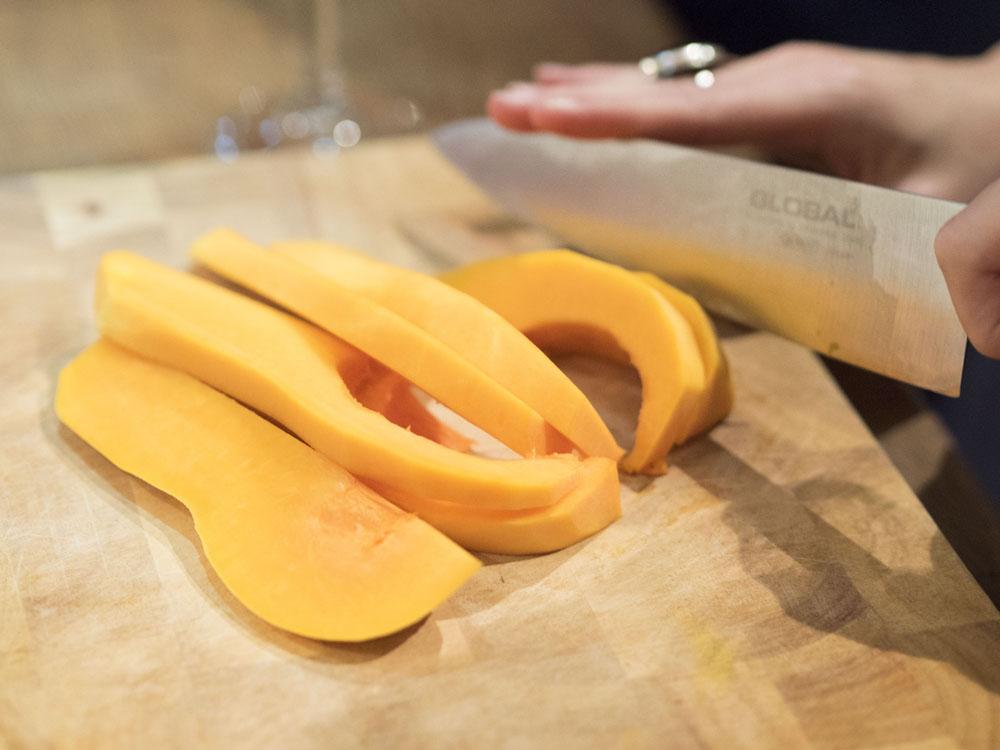 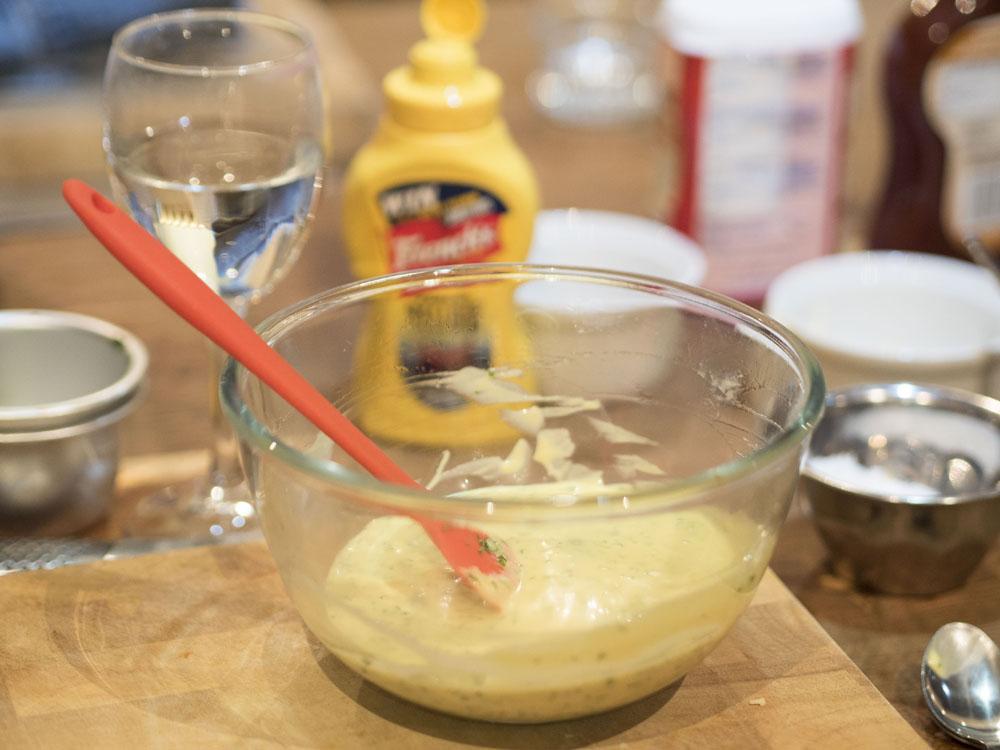 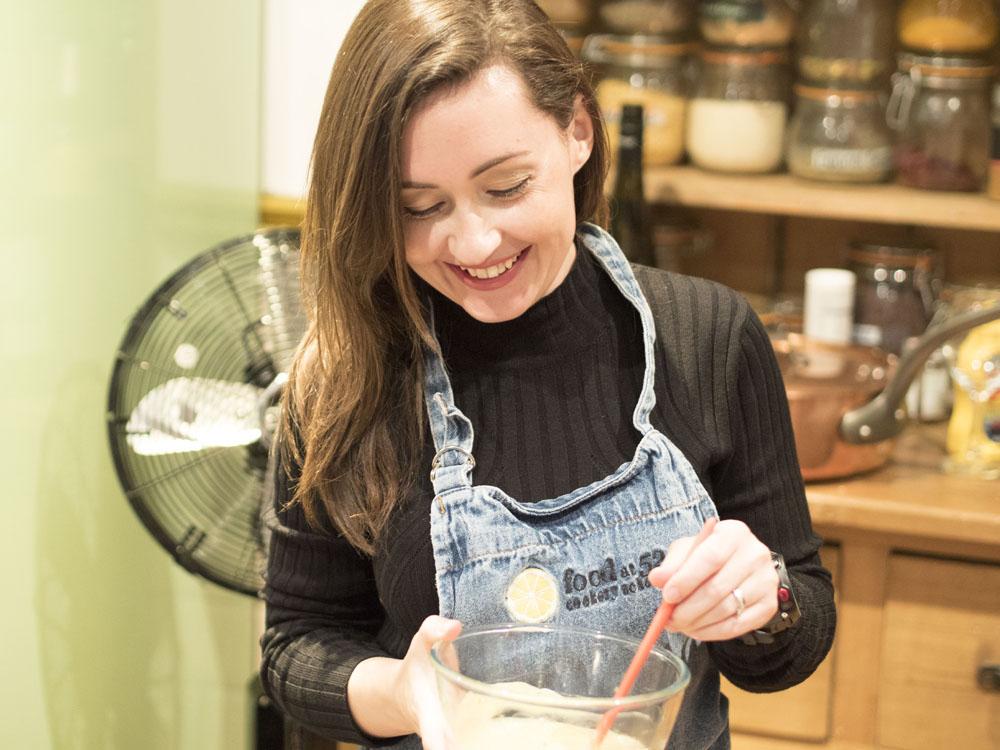 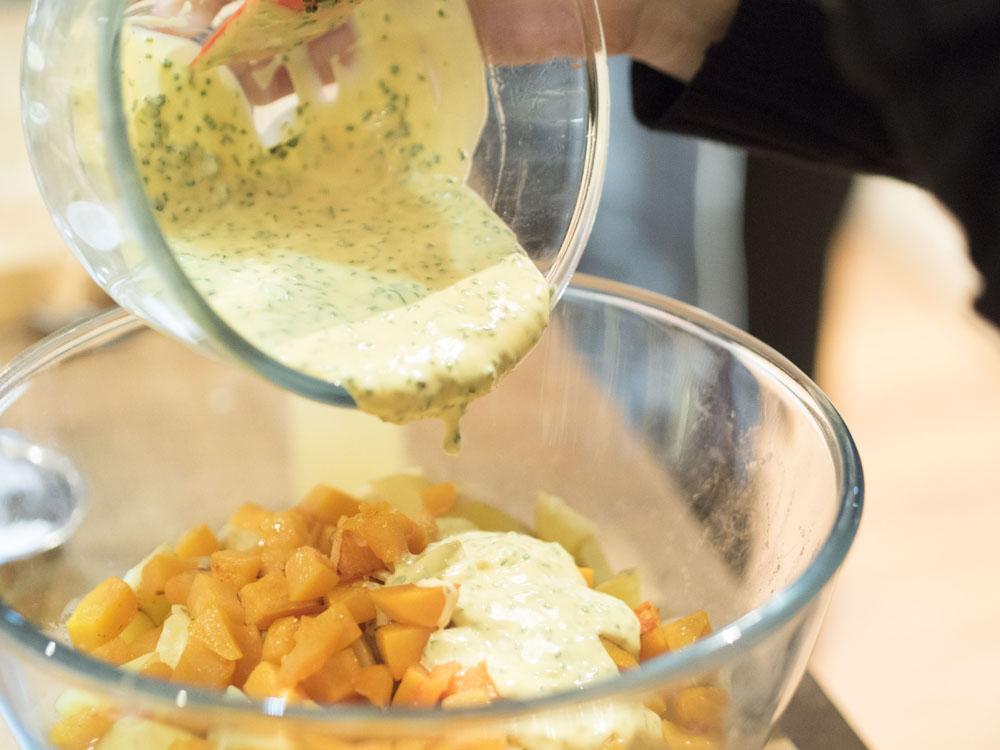 Next we prepared a green bean casserole. If I’d seen ‘green bean casserole’ on the menu in a restaurant I’d probably just skim straight past it, but as it turns out the US version is pure decadence and I can’t recommend it enough! 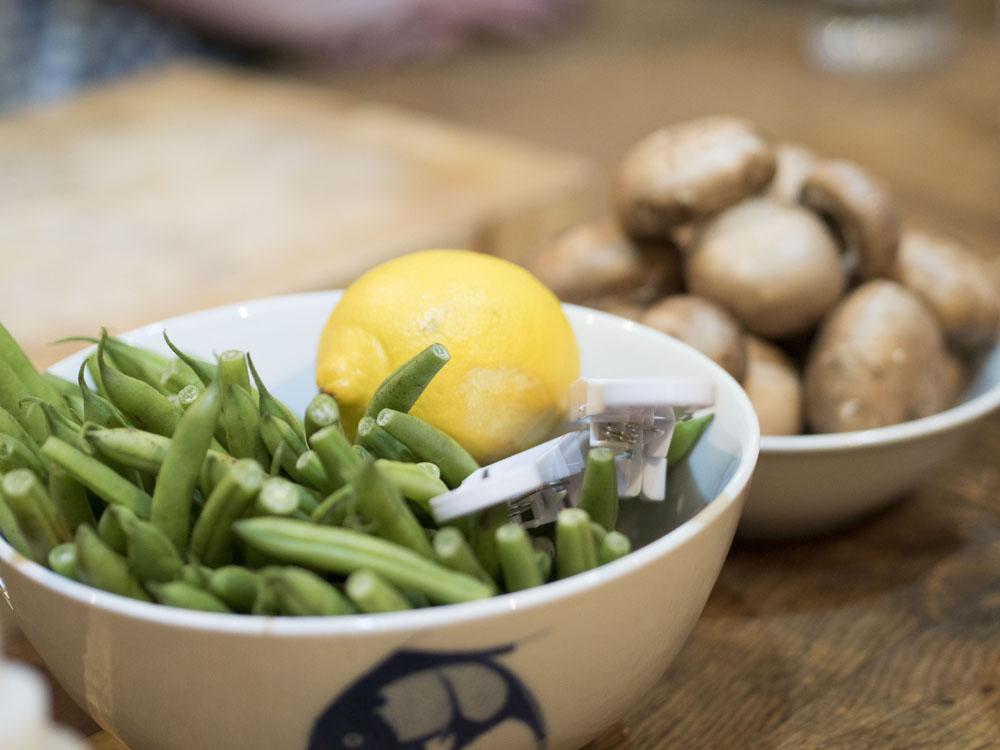 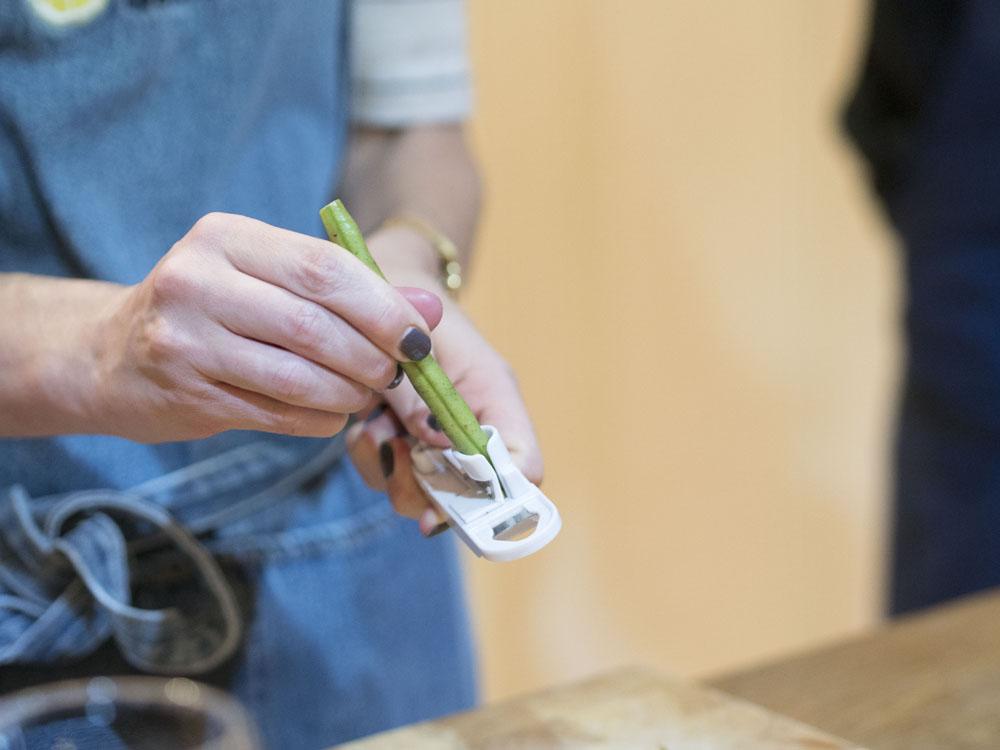 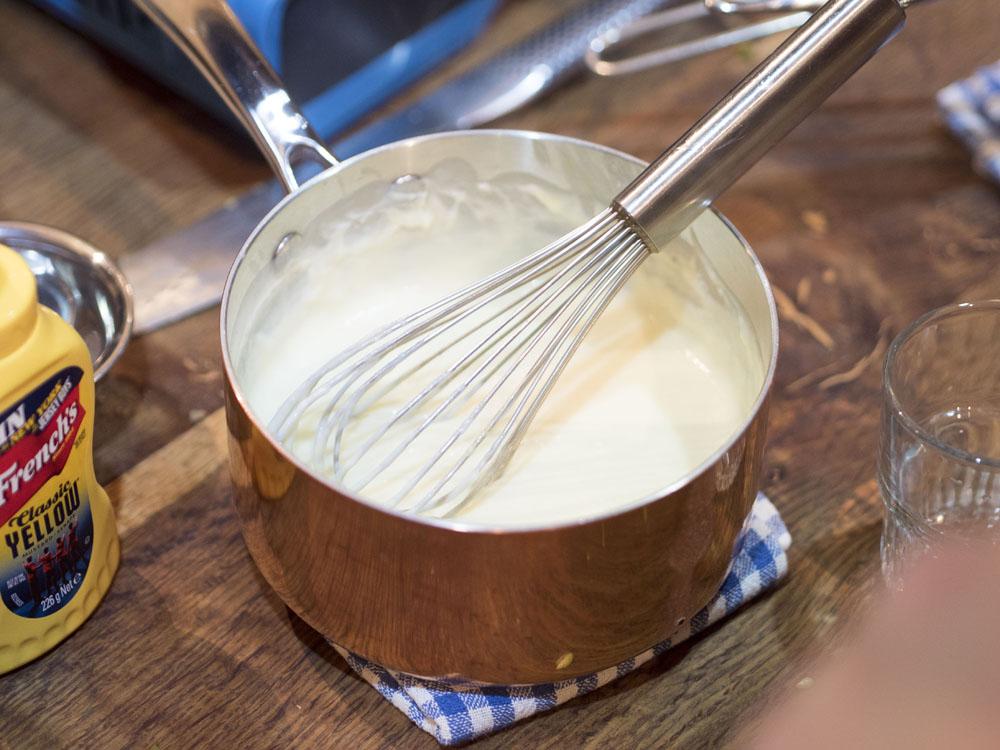 We chopped green beans and mushrooms whilst chatting over a glass of wine, then concocted a beautiful bechamel sauce following Brad’s expert guidance. We were encouraged to use our own judgement as to how much mustard to add to the sauce and my team pushed ours further and further, dipping in a tasting spoon every so often until we had a perfect balance of creaminess and tang. If that wasn’t enough, we then topped the sauce with a whole packet of French’s Crispy Fried Onions which added the perfect crunchy element to the dish. 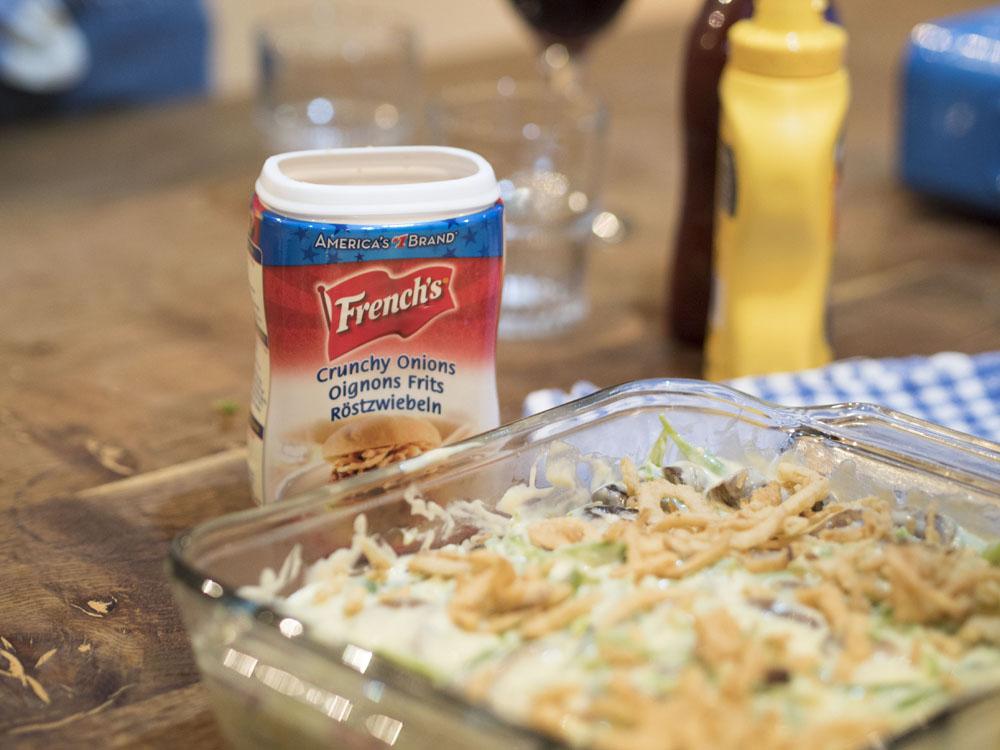 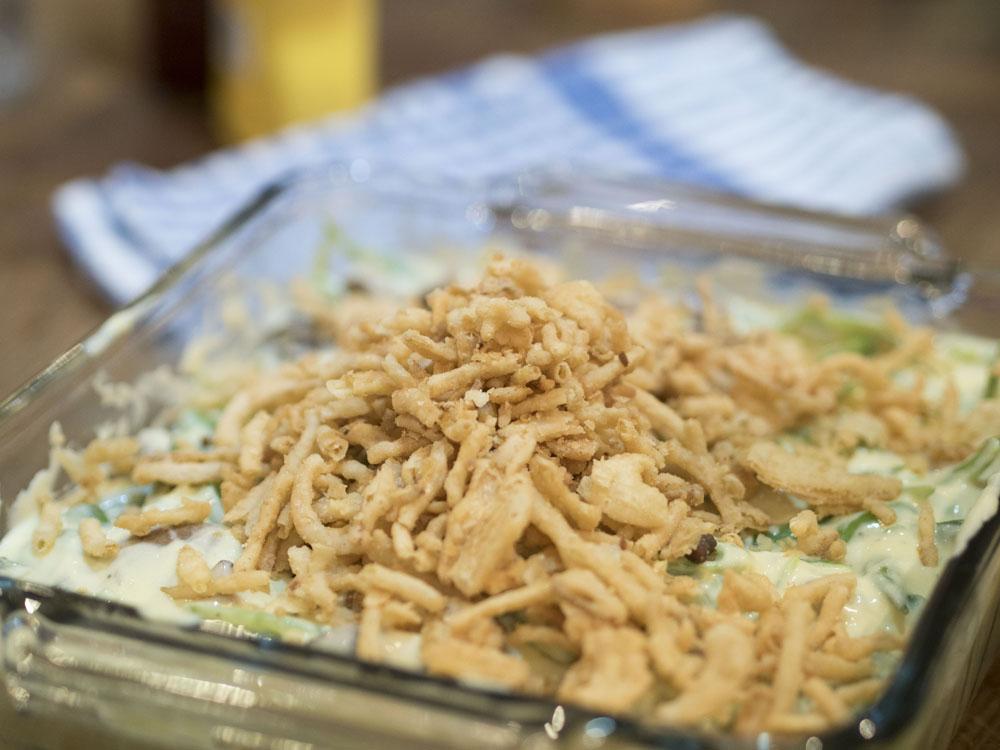 Finally, the sides were complete and it was time for us to celebrate Thanksgiving! Everything was laid out on the beautifully decorated table in serving dishes and we lined up with a plate in hand. Brad carved and served the meat whilst his lovely wife Molly ladled on generous portions of the sides. Although I only knew half the people there it had such a homely atmosphere to it that we were soon all chatting away and laughing with each other, bonded over the love of good food. 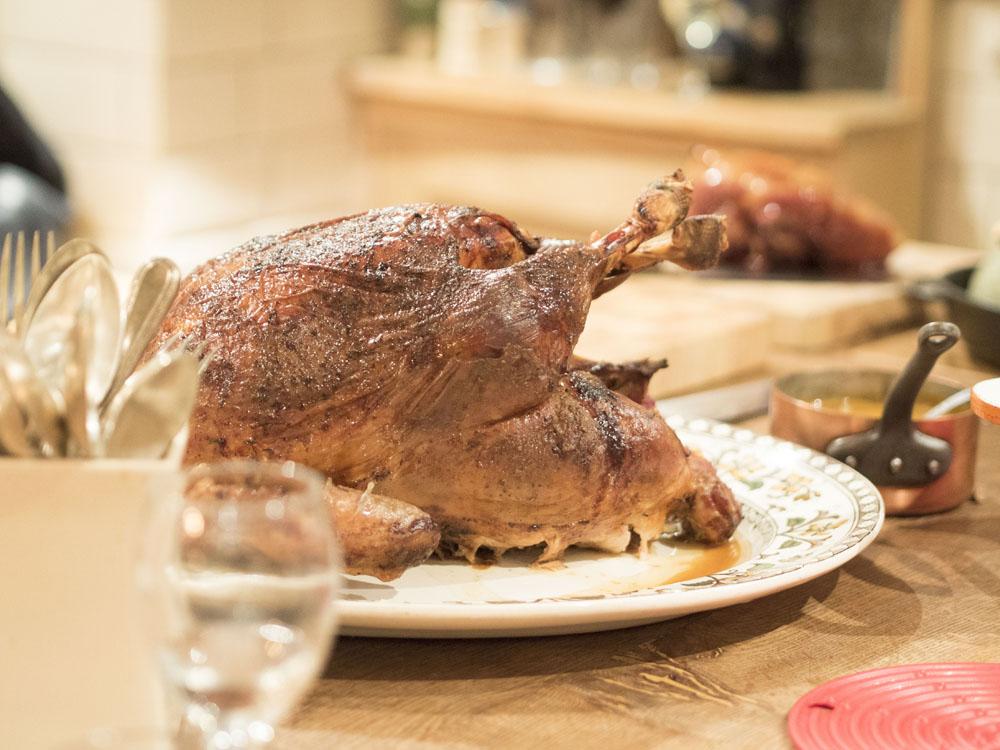 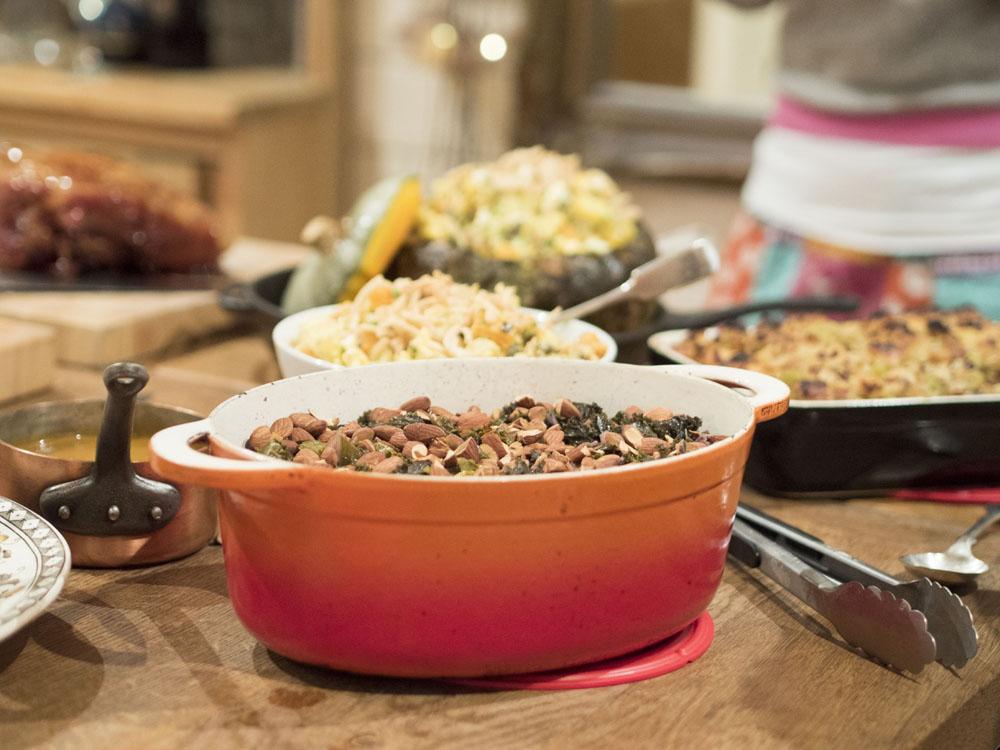 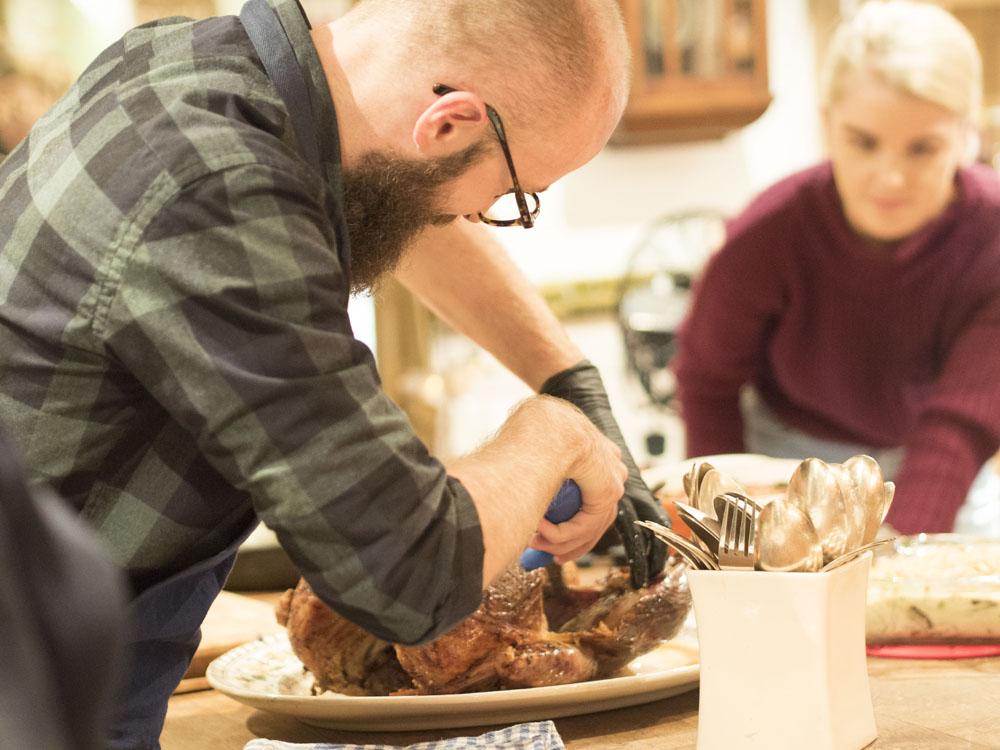 In true Thanksgiving tradition we all took a turn at saying what we are thankful for this year. Maybe this is why my stripped back Christmas Day turned out as it did in the end, because on that Thanksgiving night I’d already acknowledged the things that truly matter to me. It’s not how many presents you get or how beautiful your tree looks, it’s all about family and friends and love and support and laughter and fantastic opportunities that come about through hard work, and I’m extremely lucky to have these things in my life. 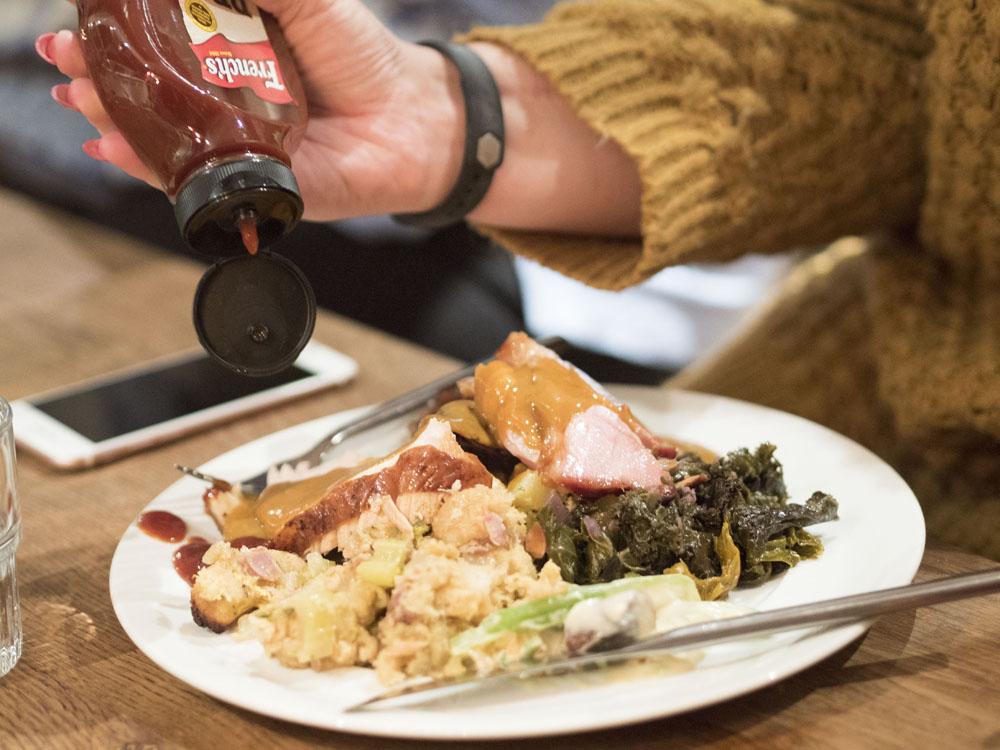 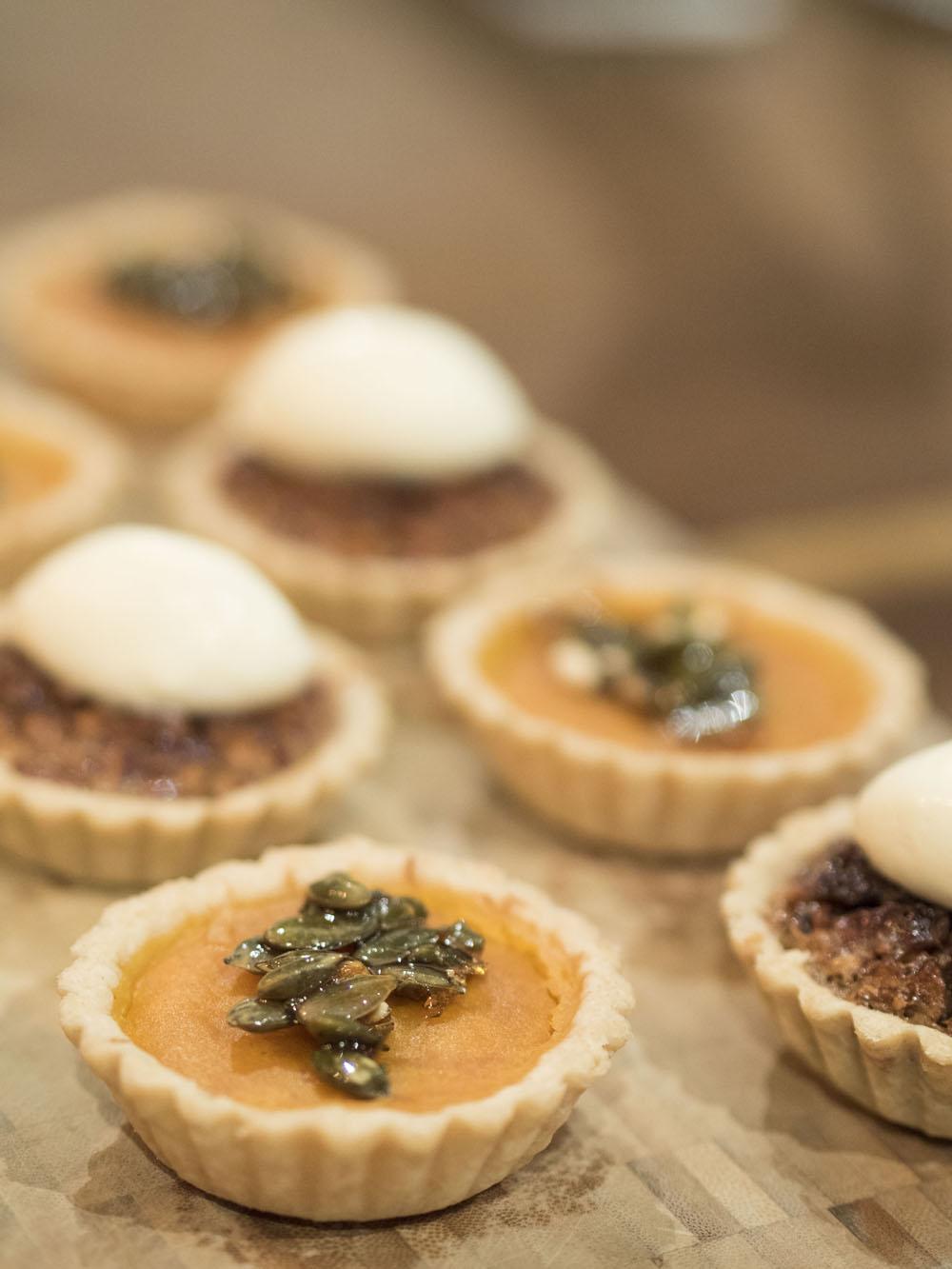 So thank you French’s, Brad and Food at 52 for putting on the meal to end all meals, helping to show me what’s really important and last but not least, for introducing me to Brad’s signature dish which I couldn’t get enough of – cornbread! Expect me at Shotgun in the New Year… once I’ve worked off all this cheese I’m ready for round two!