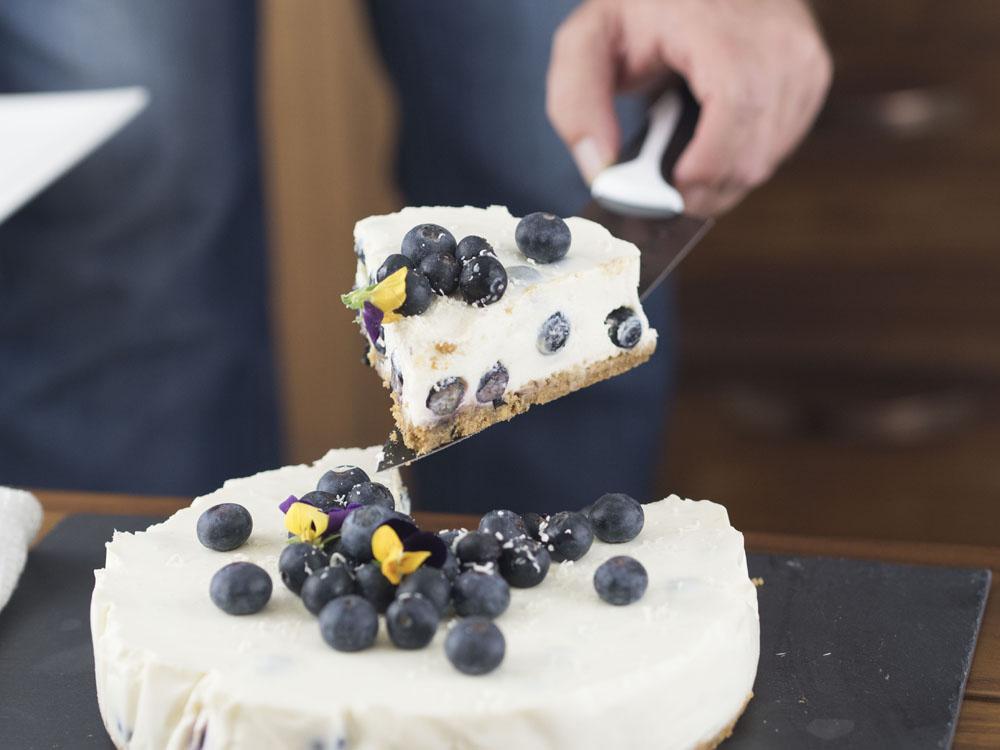 October has so far been cold, dark and wet and consequently my outdoor exercise regime has taken a bit of a slump. Due to my sweet tooth I don’t like the idea of depriving myself of sweet treats completely so I decided to take part in a fun Canderel Taste Test baking challenge to explore ways to reduce my calorie laden sugar intake.

Canderel kindly supplied me with the recipes and ingredients to make two cheesecakes and two sets of cupcakes. The only difference between the two was that in one batch I replaced the sugar with Canderel’s granulated sweetener Sugarly. My task was to find out if my friends and family would be able to spot the difference. 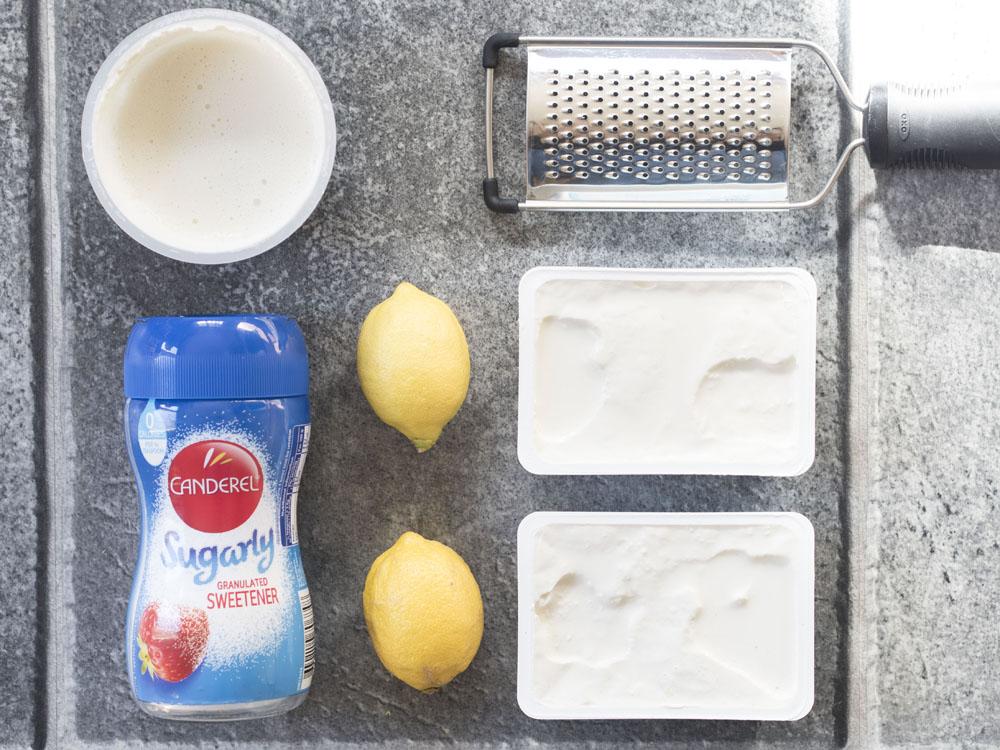 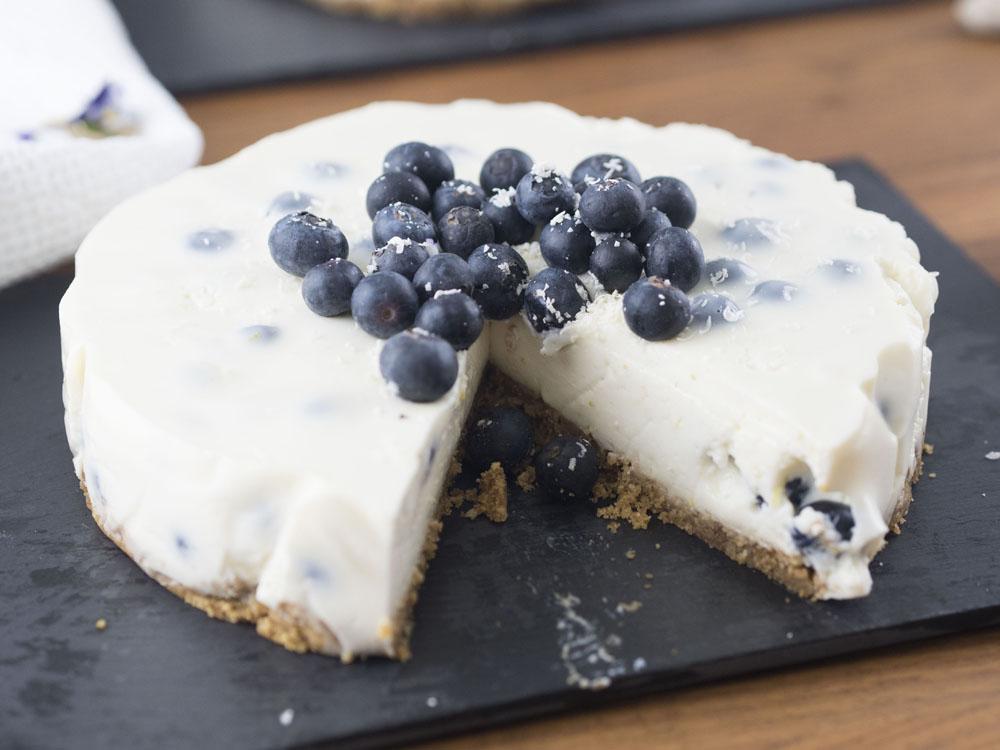 First up was a no bake Blueberry and Lemon Cheesecake which was really straightforward to make. The hardest part was lining the cake tin with baking paper (it was a bit like any time I’ve tried to wrap a round Christmas present) but I got there in the end and popped both versions into the fridge to chill overnight. 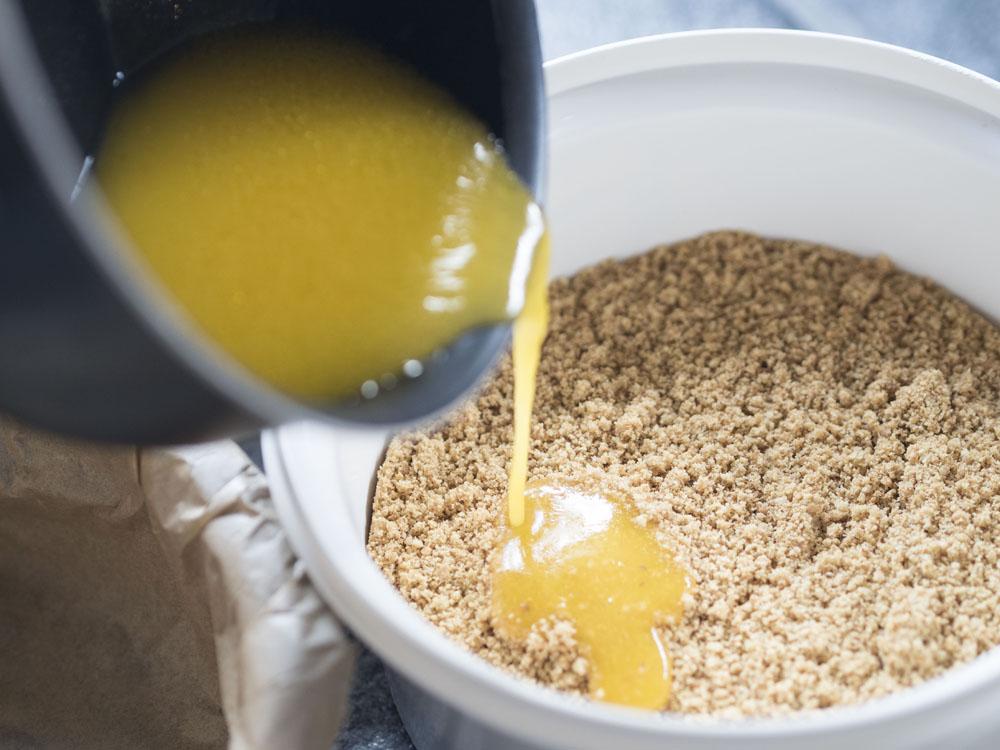 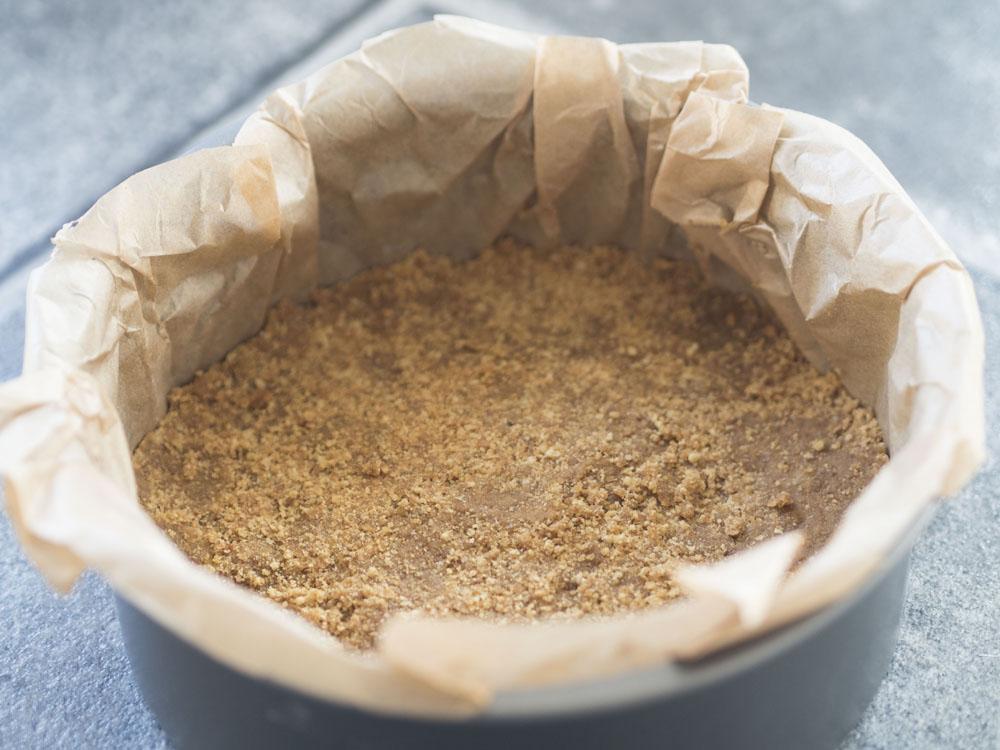 The next day I felt like a domestic goddess. Both had set well and despite not being perfectly round they still looked rather good! After piling fresh blueberries on top of each and adding some fresh edible flowers there was little to separate their appearance other than that the blueberries had sunk down further in the Sugarly version. 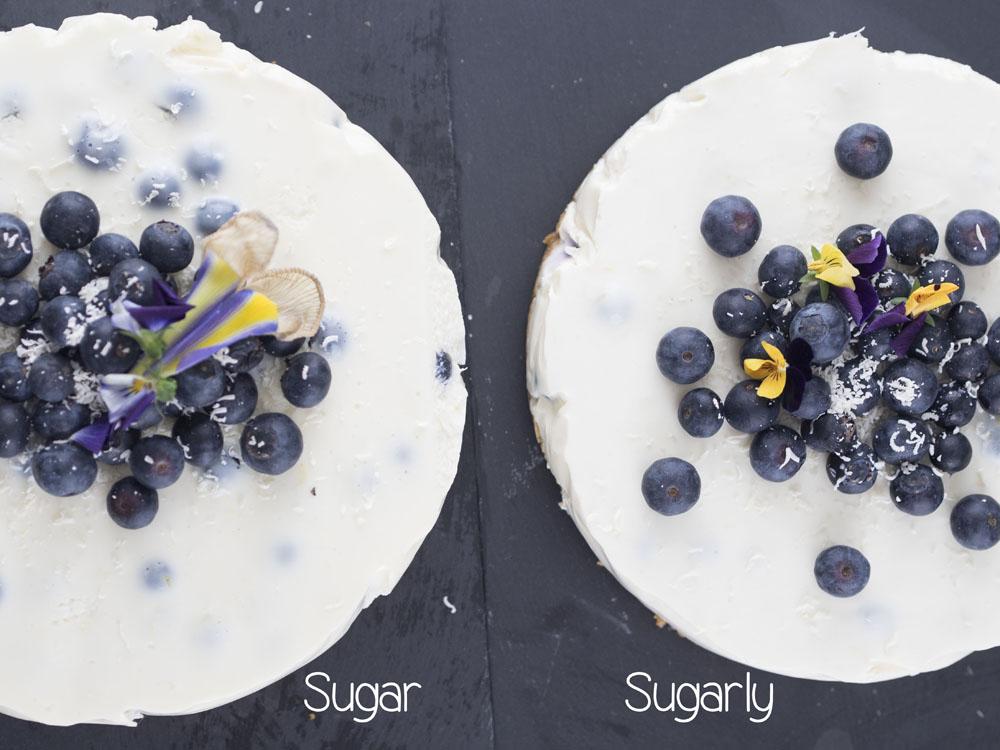 I served up a slice of each to N who decided that plate no 1 was his favourite because he thought it tasted a bit sweeter. When I revealed that this was actually the one containing Sugarly he looked more than a little put out to have guessed ‘wrong’. Why is it that my hubby always thinks that eating healthier versions of food is some kind of  reflection on his masculinity?!

I tasted both myself at this point and got confused trying to decide whether I could taste any difference. I couldn’t.

The big test was taking the rest of the cheesecakes into work. I am the only girl in my team, so based on the hubby’s reaction I was more than a little nervous to offer up my low calorie baking to three blokes.

However, what shall now be known as Cheesecake Tuesday was a success and everyone went back in for seconds.

I asked my workmates to sample both cheesecakes and pick their preferred one but didn’t tell them which contained Sugarly.

The general consensus seemed to be that if you just served up the Sugarly version on it’s own with nothing to compare it against, people wouldn’t be any the wiser that it contained a sugar substitute. Thus as a cheesecake in it’s own right it was a success.

…well there was supposed to be a Part Two to the experiment but I don’t think that the recipe I was using had the right dry to wet ingredients ratio as neither version turned out well. The cupcakes in both batches refused to cook properly around the raspberries despite me putting them back in the oven twice.

Oh well, at least I got to lick the spoon and eat the leftovers! 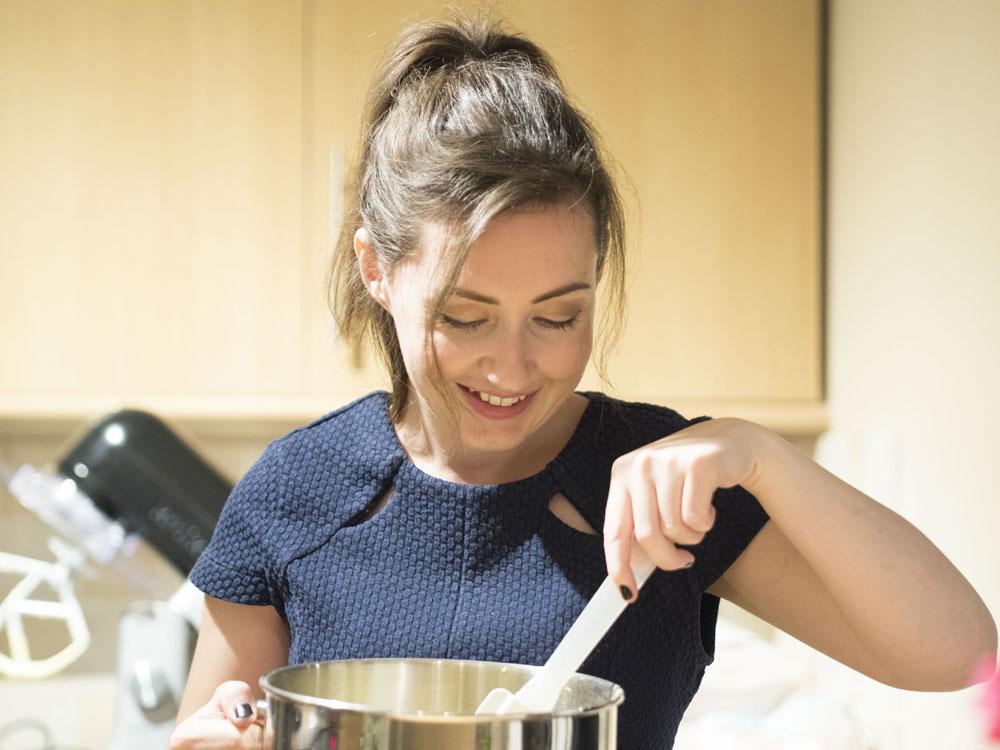 Next time I’d just adapt a standard cupcake recipe by using a low fat spread and substituting Sugarly in place of the sugar. (Just make sure to halve the weight if you do this as Sugarly is much sweeter).

Having not been able to eat them I can only really say that the Sugarly cupcakes had a smoother texture than those containing the sugar, as you can see from the picture below. 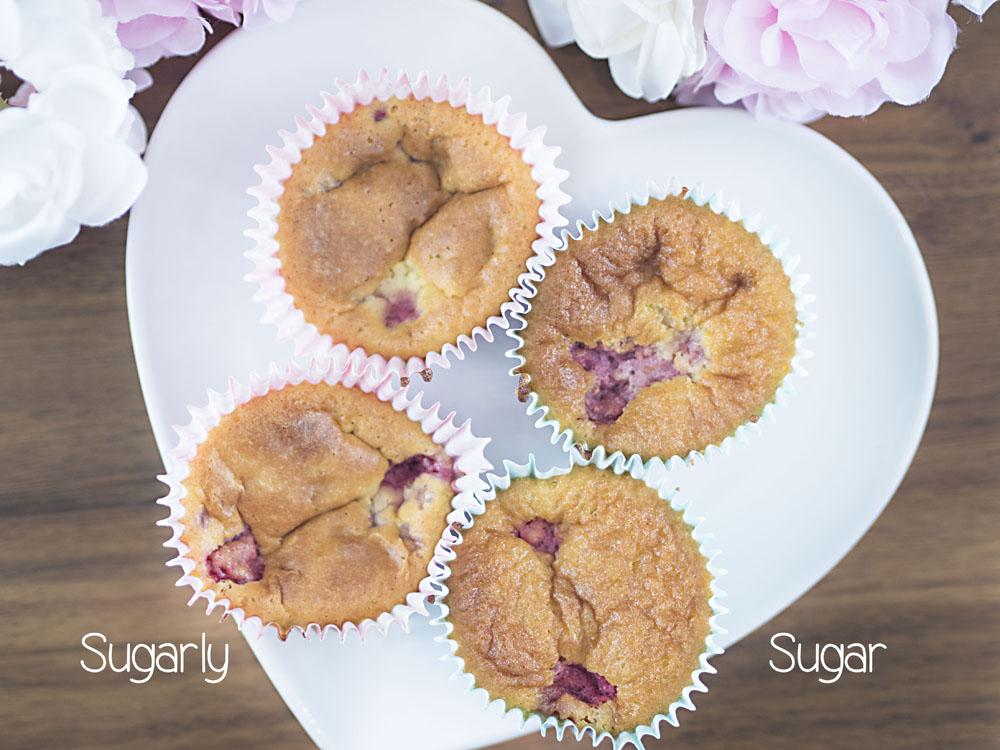 When I shared a picture of the cheesecake on my social media I got quite a few requests for the recipe so here it is below. Now you can have your guilt free cheesecake and eat it too! 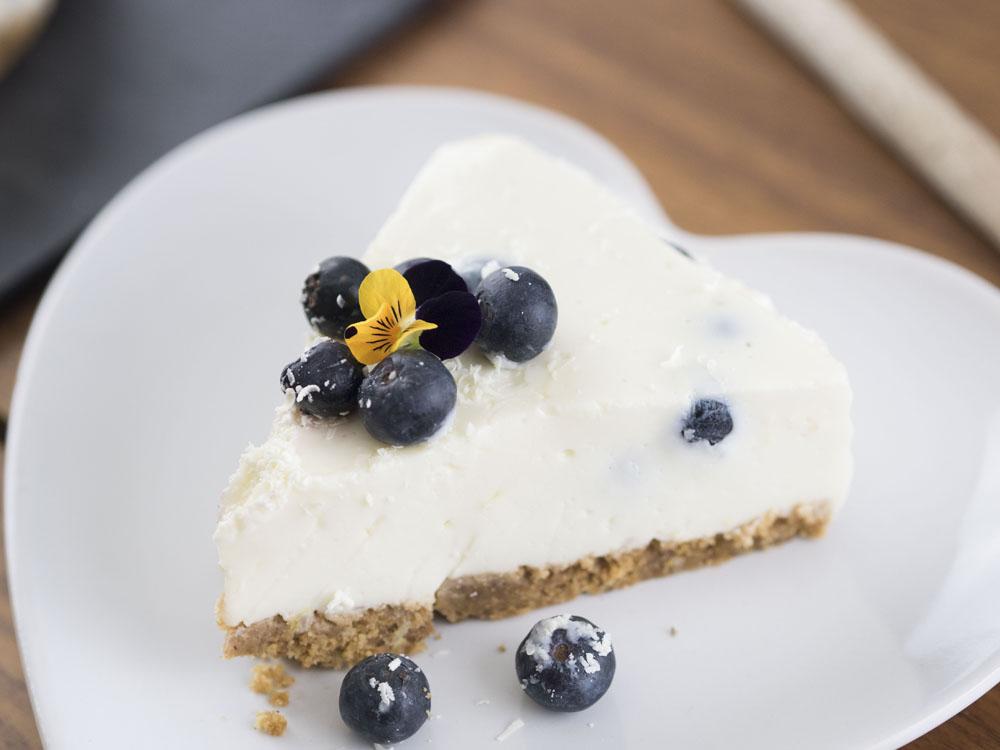 You’ll need a deep, round loose bottom spring form tin, approximately 20.5cm / 8 inches. Lightly grease this with a bit of low fat spread, then line it with baking parchment. I wasn’t too fussy about how neat this was and mine worked out fine, so don’t worry too much about this!

If you’d like to try Sugarly you can get a £1 off coupon here: Canderel.co.uk/coupon

Would you take the Canderel Taste Test or try this cheesecake recipe? What’s your favourite cheesecake flavour?

Disclaimer: This post is not sponsored, however I did receive the ingredients to make the recipes that I baked. As always views expressed in this post are my own.