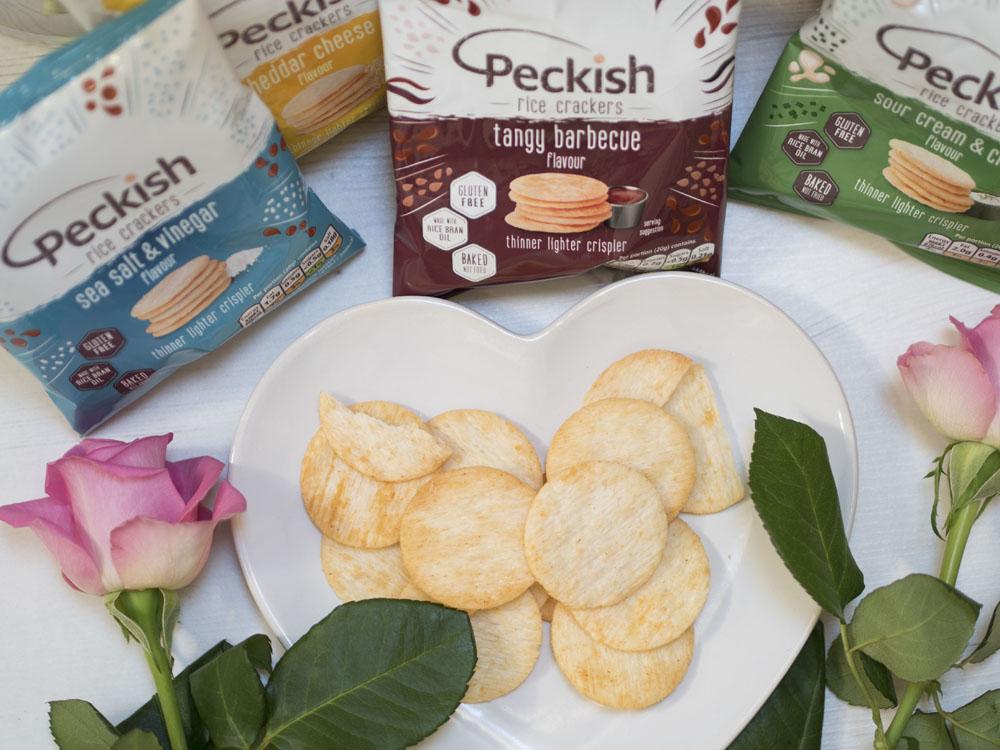 At the recent Scarlett London #BloggersBall meetup I got the opportunity to chat to some up and coming food suppliers who were showcasing their produce on the day. I’ve also been trying out lots of new food product launches at home recently so I thought it was about time I did a roundup of my favourite new foodie finds.

Roam and Relish are an artisan British organic charcuterie company who have officially opened for business this week. I had a good chit chat with them at the ball and their passion really shone through. They are committed to the highest animal welfare standards for their animals which is an important consideration for me when buying meat. I can’t bring myself to go vegetarian but I do like to know that the animals have been well cared for. 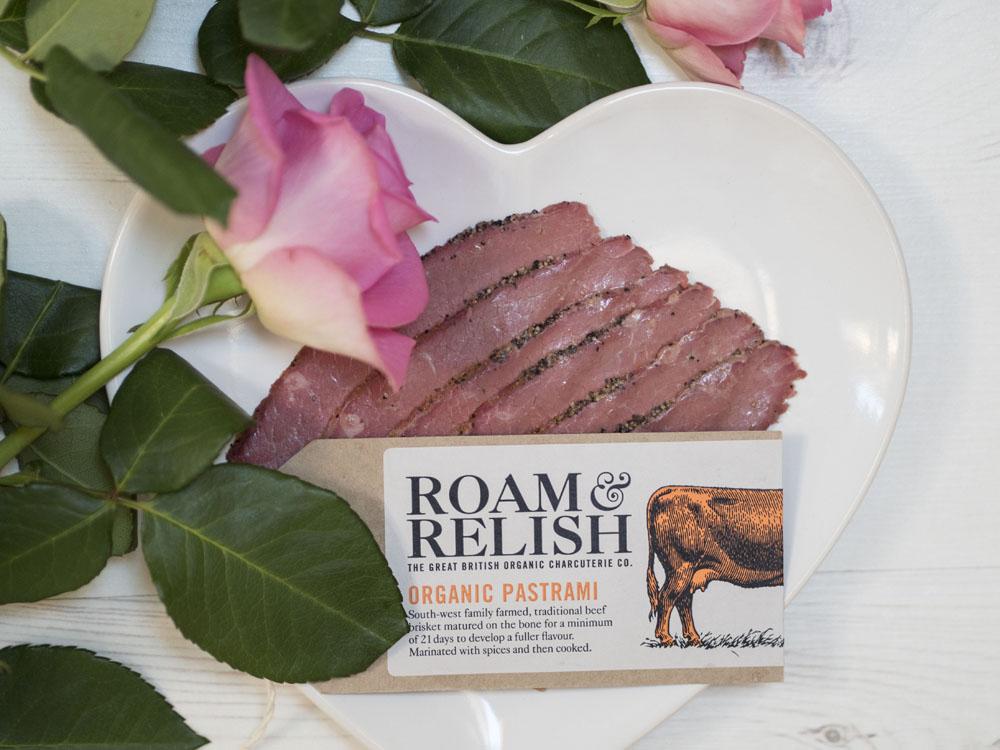 I tried their Organic Pastrami which is made from traditional beef brisket and matures on the bone for 21 days to pack in the flavour and oh my days it was good! Tender juicy slices with a spicy peppery taste that melted in my mouth.

I took a packet home with me and it was the sort of meat that I really should have done justice to by putting it in a hunky sandwich or laying out as part of a cold meat spread. What I ended up doing is snacking on it straight from the fridge until it was all gone! 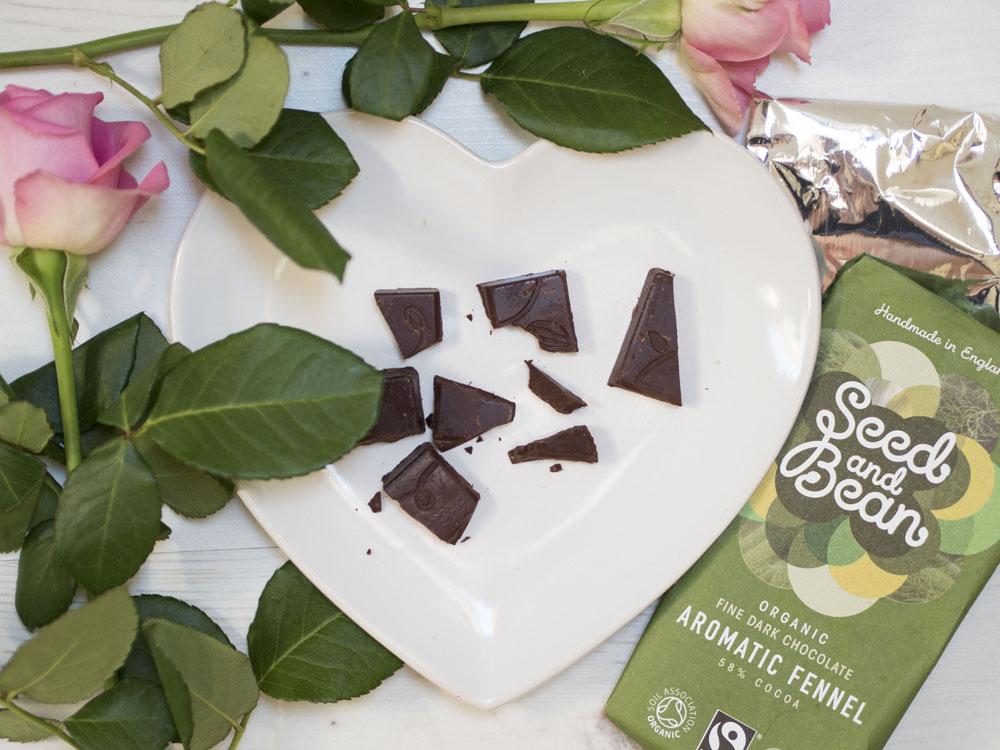 The flavours in their range are quirky and contemporary and I must admit to picking up a piece of their Organic Dark Chocolate Aromatic Fennel to try more out of curiosity than anything else. However I was pleasantly surprised. The chocolate is wonderfully smooth and whilst it does taste richer than my default milk or white chocolate favourites, it’s not at all bitter. I can’t say that the taste reminds me of fennel as such, but there is a subtle infusion of flavour that’s unique… in a very good way!

A couple of pieces a night have been satisfying my recent craving for midnight munchies. (I don’t know what’s wrong with me but I just want to eat all the time right now!) 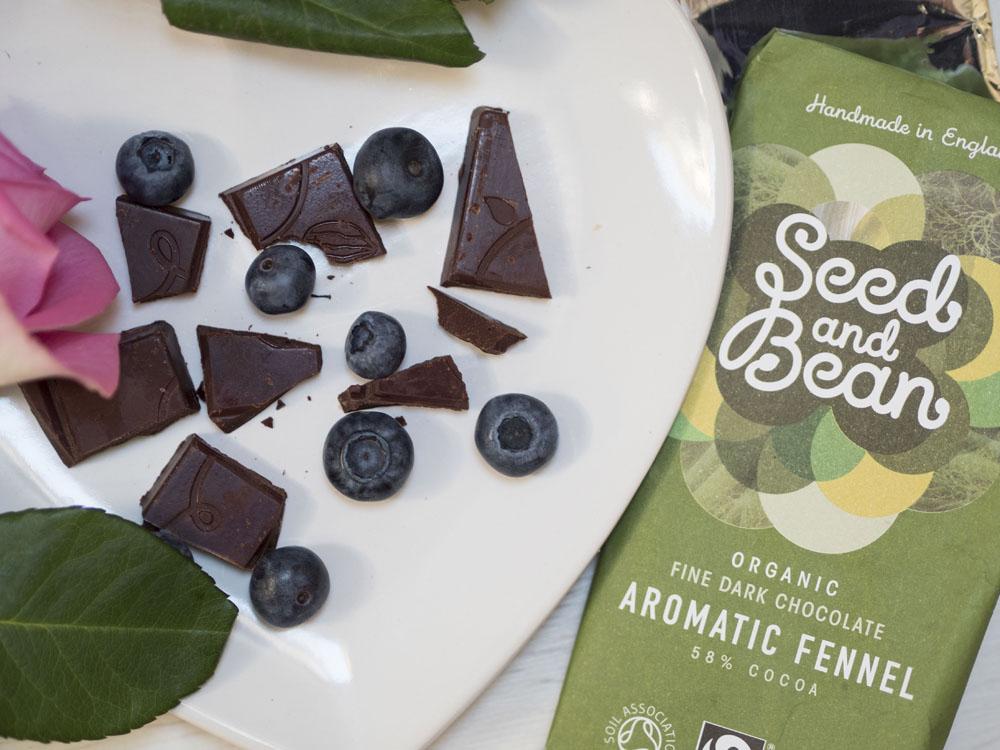 The range of flavours is quite unique and there are some other flavour combinations that I’m now eager to try. I shall be having a look in my local Waitrose for a bar of the Organic Fairtrade Cornish Sea Salt and Lime Milk Chocolate Bar because it sounds out of this world!

Recently I was sent the cutest yellow lunchbox full of Peckish Rice Crackers and they have quickly become my number one workday snack. I’m quite upset to have almost gotten to the end of my supply and this is one snack that I will most definitely be repurchasing (both Tesco and Asda now stock them). 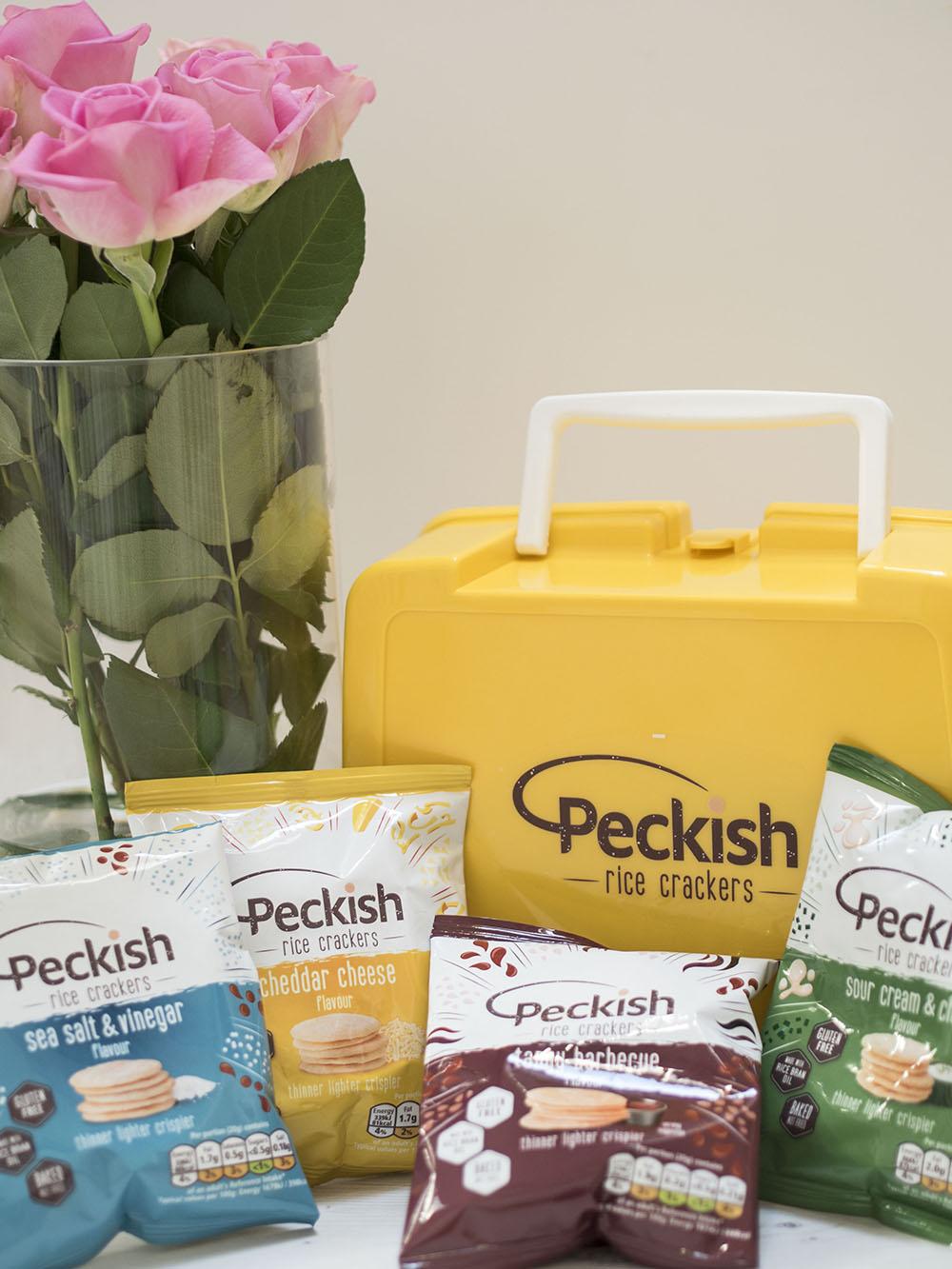 Although they’re called crackers I think that really undersells them. They are just so crunchy and the flavours are punchy and satisfying. I’d say that they’re more like a crisp than anything else but they’re baked rather than fried and only contain 90 calories max per bag. 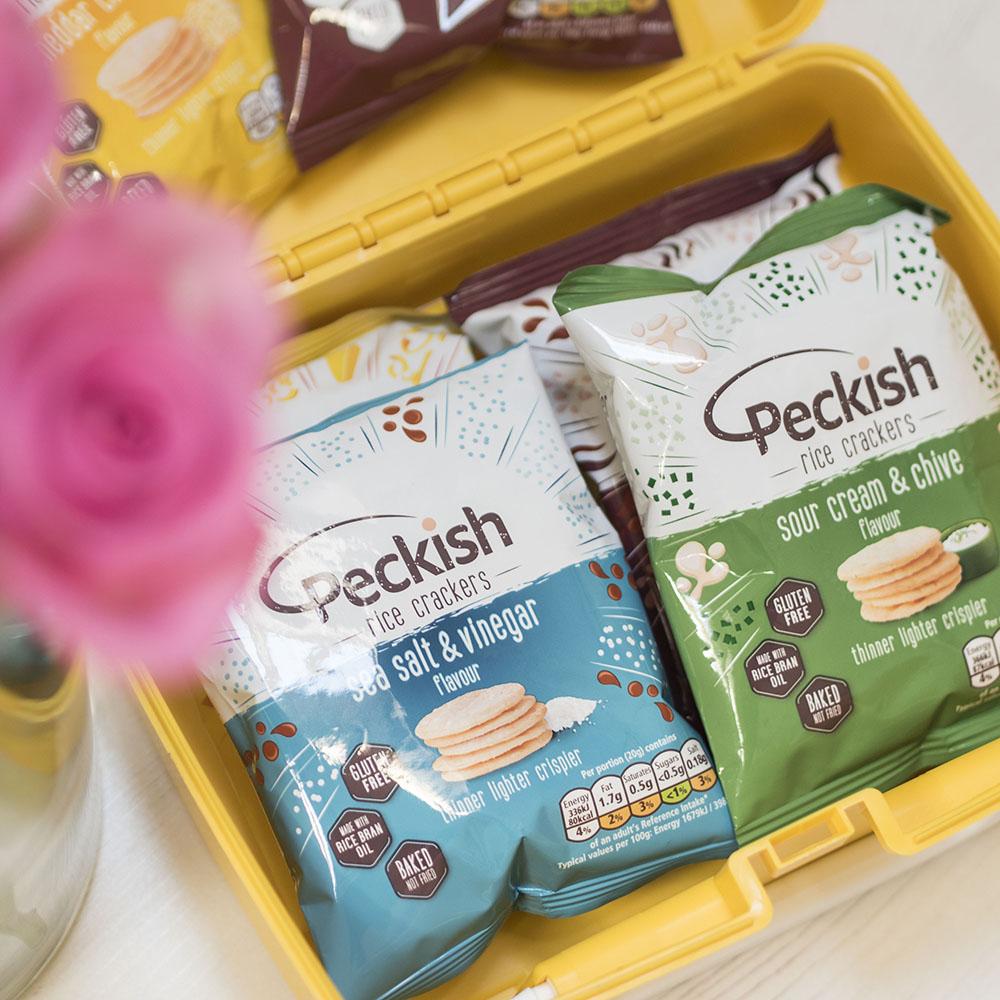 The standout flavour for me is Tangy Barbecue, I just can’t get enough of it and have been known to eat two bags a day… it’s a good job that the calories are so low!

I hope you enjoyed my roundup of favourite new foodie finds. Do any of these tickle your fancy?

*This post contains PR samples but all views are honest and completely my own.