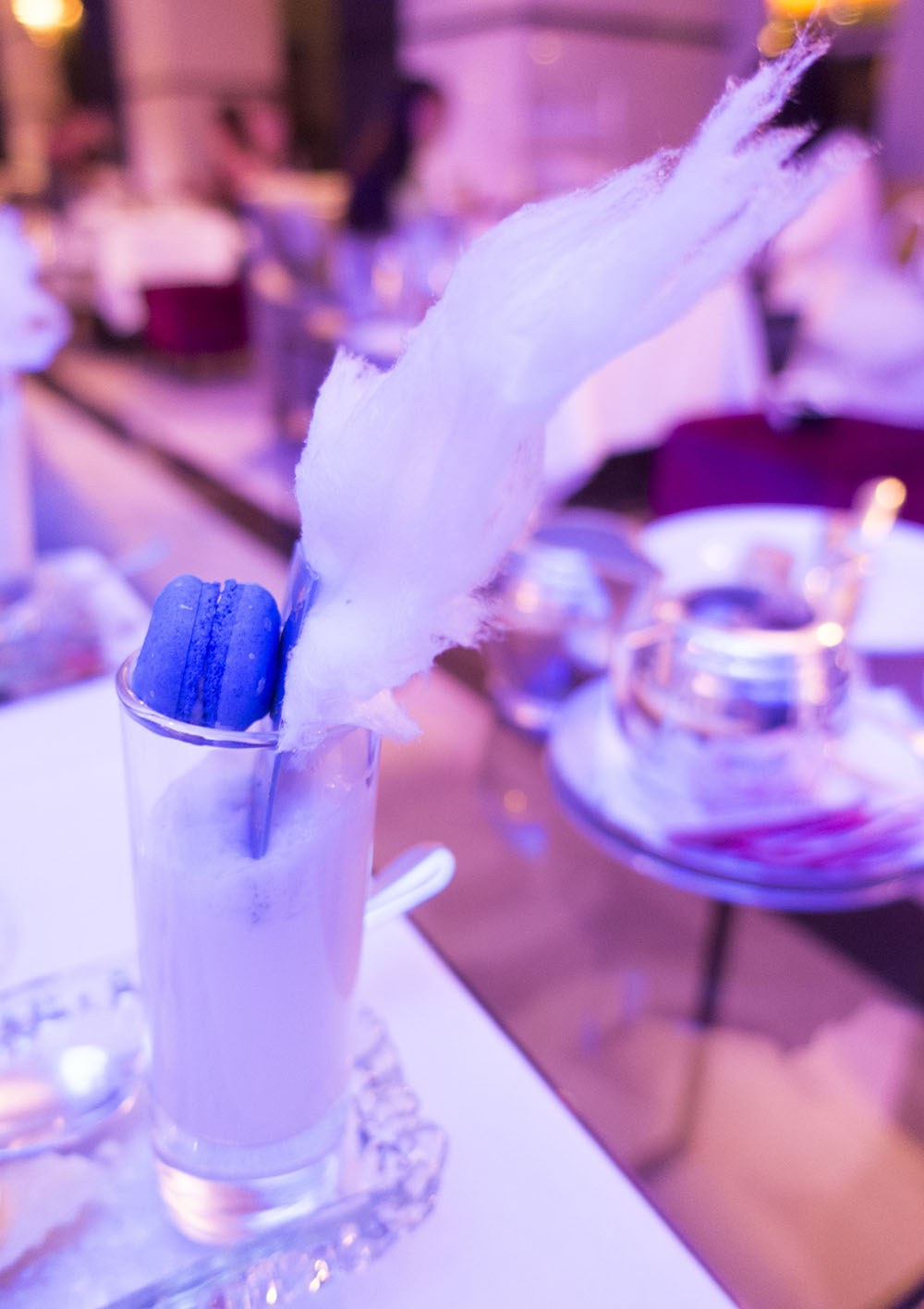 During my recent staycation in London with the fella we crossed another place off of my ‘must visit’ list: Afternoon Tea at the Conrad St James Hotel. Every couple of months the hotel reinvent their afternoon tea menu around a new, seasonal theme and the current creation is ‘Snow Queen’. As soon as I saw the menu online I knew we had to book it!

Here’s what we thought.

(Warning: eat something before you look ahead so as to avoid some serious cravings!) The savoury part of the afternoon tea is served on a traditional cake stand and some seriously gorgeous dinnerware, which made it feel special and truly luxurious. However we found this part of the tea to be a bit hit and miss. 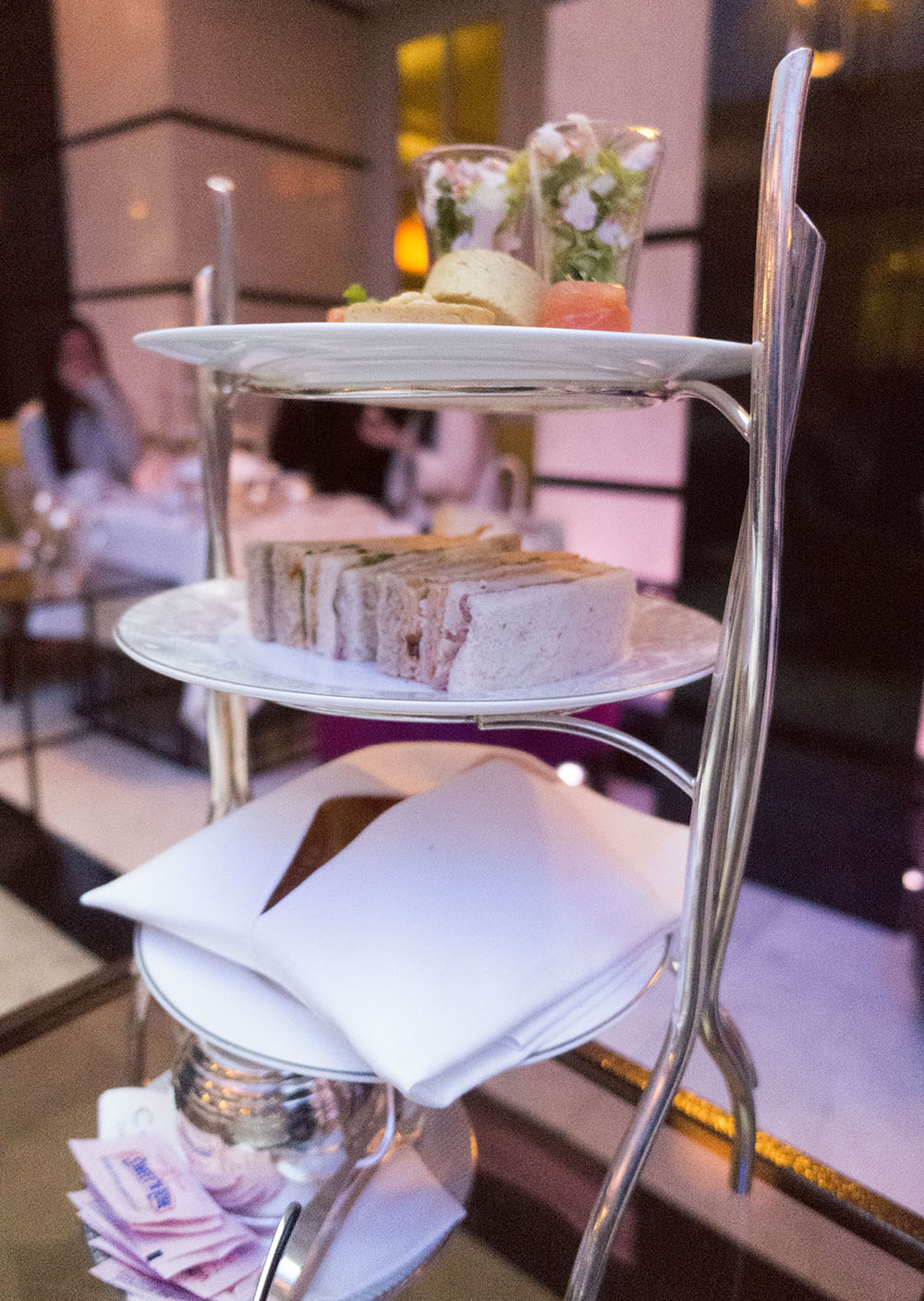 The subtle flavours of the dainty finger sandwiches were nice enough but didn’t quite have the wow factor for me after enjoying such punchy combinations at Sketch recently. In contrast the smoked salmon blinis tasted delicious but I found the portion a bit heavy and would have preferred lighter slivers of salmon. 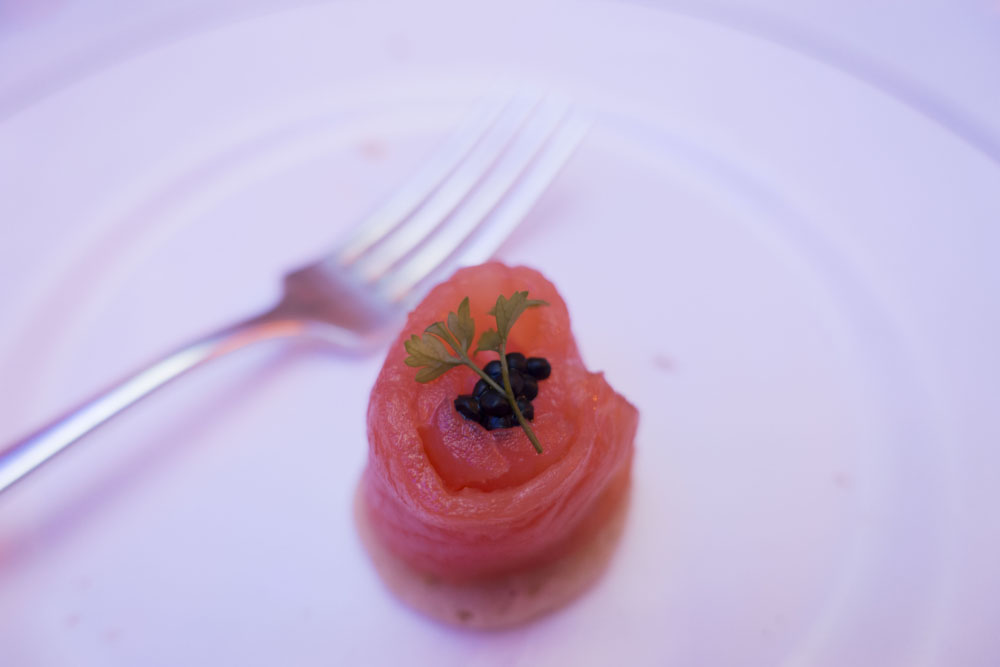 On the plus side, the prawn cocktail was fresh and delicious and the freshly cooked still warm scones were spot on. Not only was there Devonshire clotted cream and strawberry jam but also a sweet Winter berry curd. I couldn’t decide which I liked best so had to try them all! 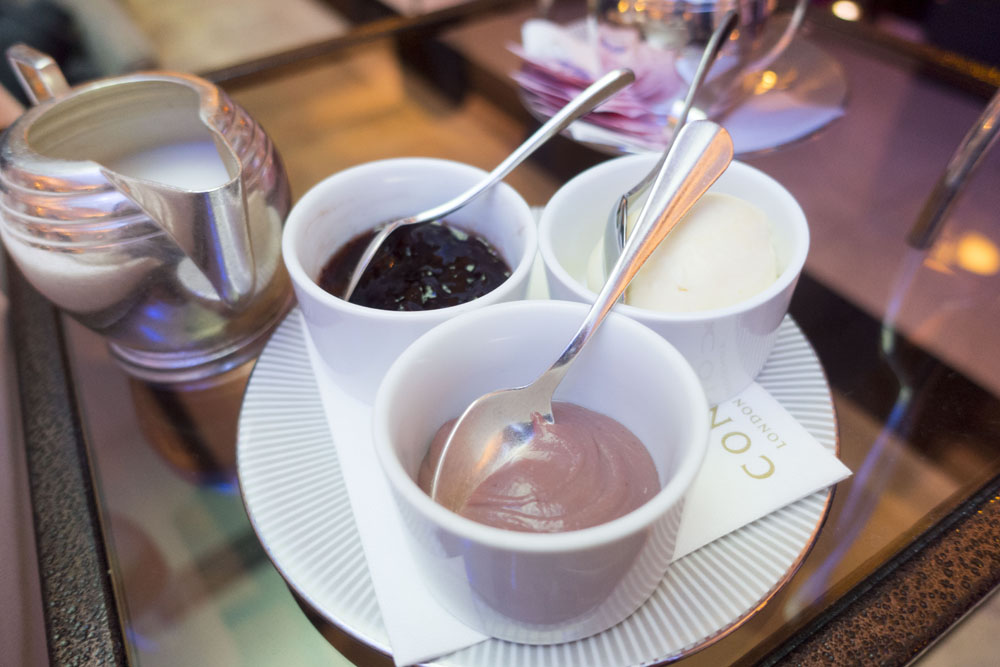 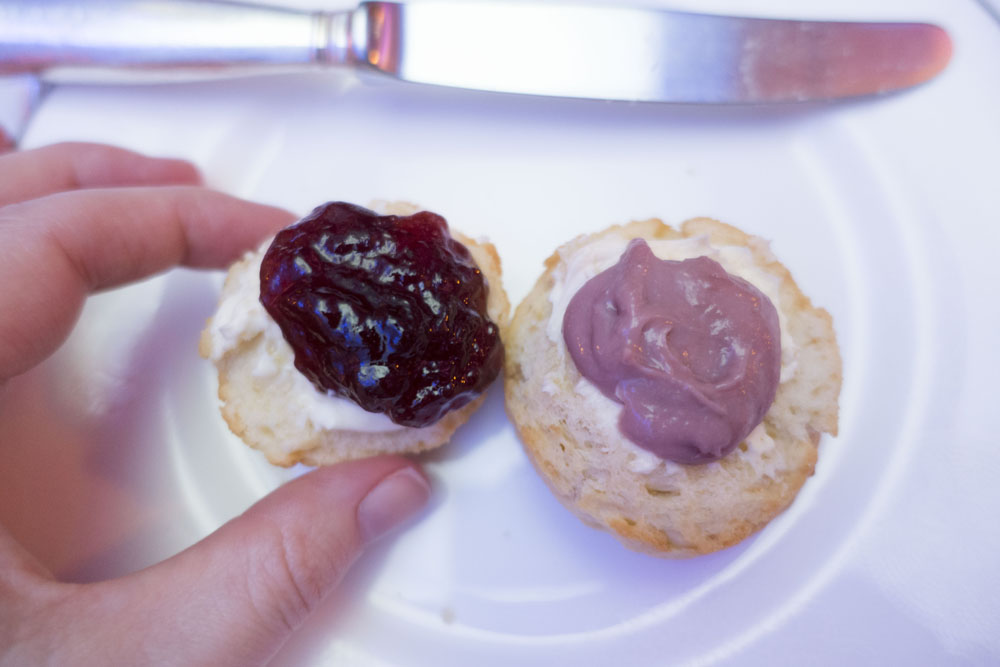 A mini tartlet of stilton & poached pear finished off the savoury menu. I let N eat mine whilst I polished off his prawn cocktail. A harpist provided the background music for the sitting and her set was fantastic. It included Uptown Funk by Bruno Mars and the Game of Thrones Theme! After tea she carried on playing and we sat in the lounge for a bit to enjoy some more of the music. 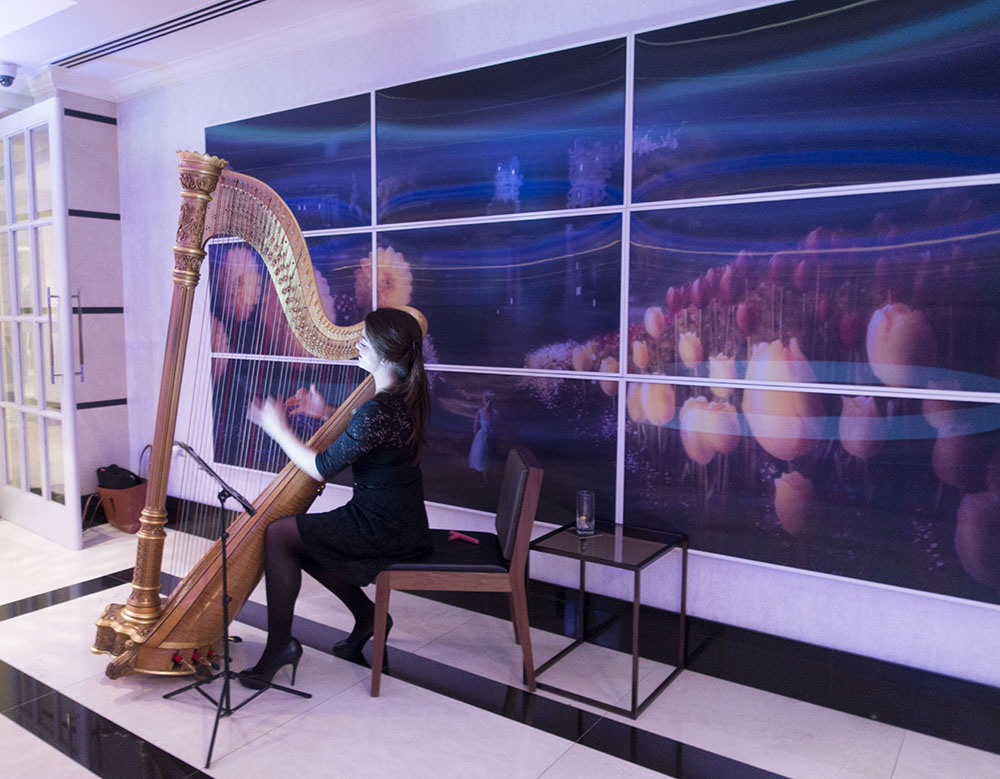 Although there were several teas to pick from, N opted for a cappuccino and I went for a hot chocolate instead. It just happened to be the most delicious hot chocolate I’ve ever had too. So smooth and frothy and…. well you just need to try one for yourself! After this it was time for dessert, and the Snow Queen theme turns the afternoon tea from traditional to magical. Just feast your eyes on these: 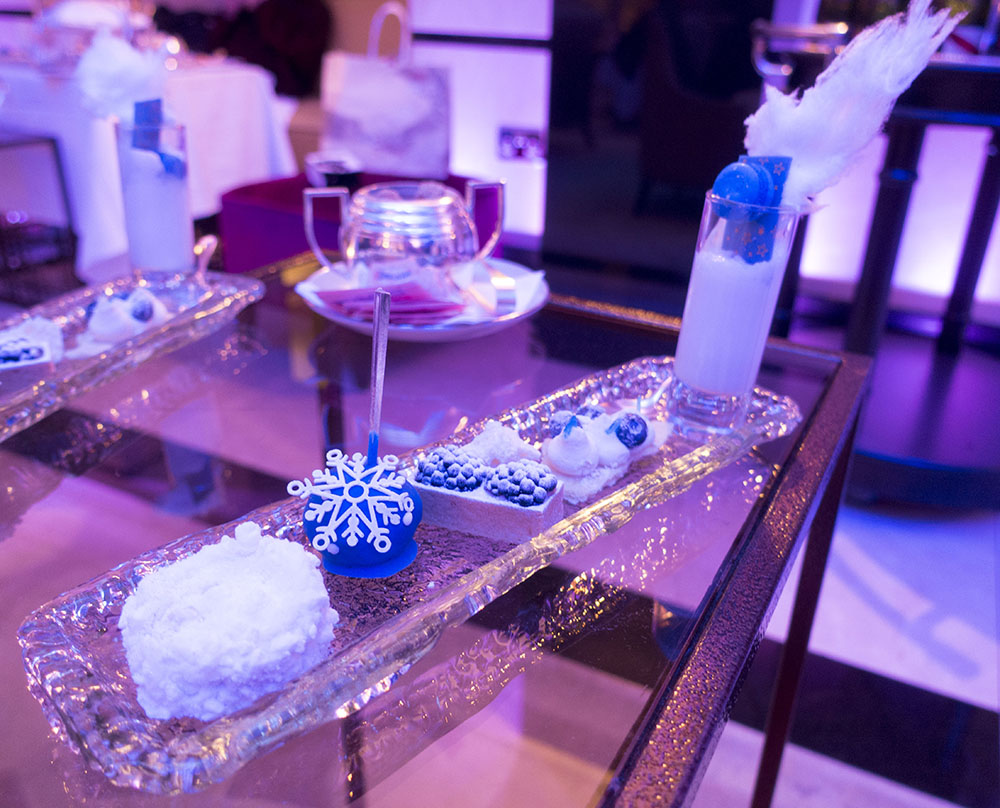 The Magic Mirror was a shard of shortbread with a yoghurt cheesecake and frosted blueberries which I declared my favourite…. 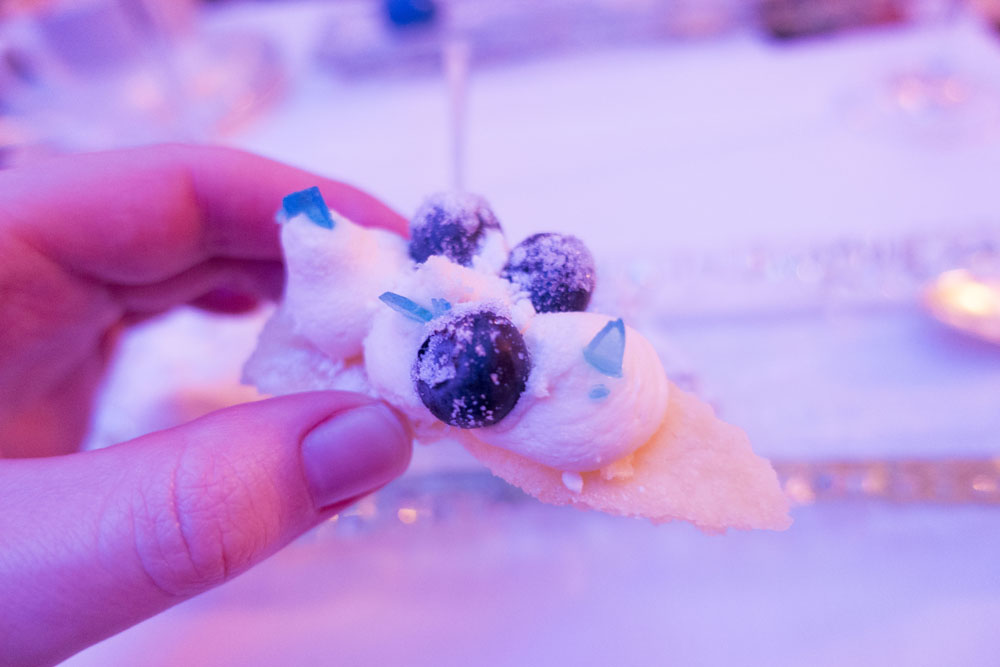 …until I tried Snowstorm, which was the lightest, fluffiest Coconut cream, mint macaroon and a feather shaped spray of candy floss. Candy floss. I shouldn’t even have liked this as I dislike coconut, but it was absolutely beautiful and I polished off the lot. 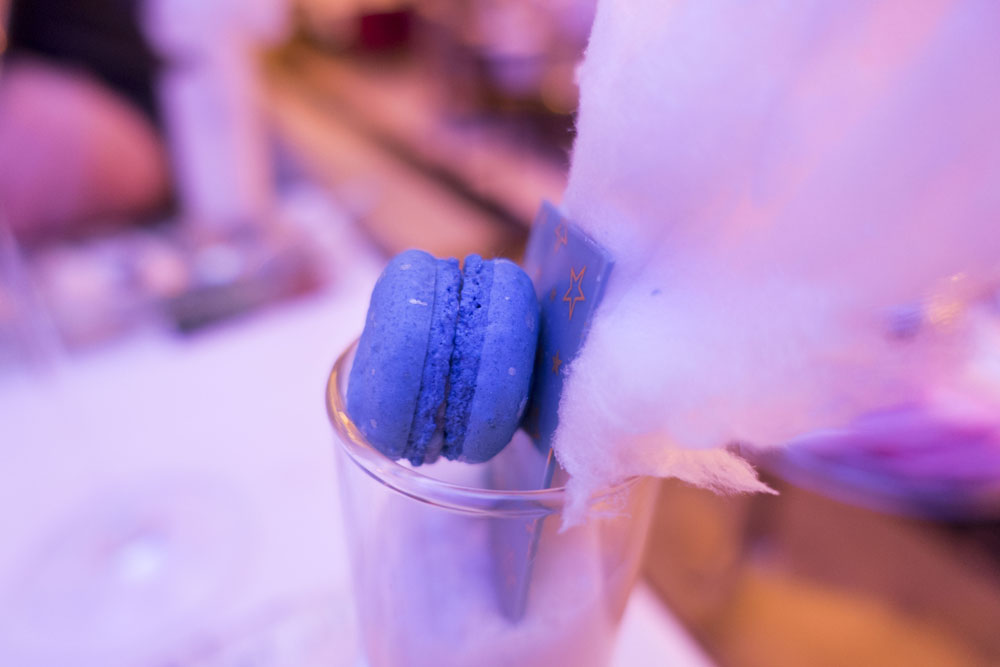 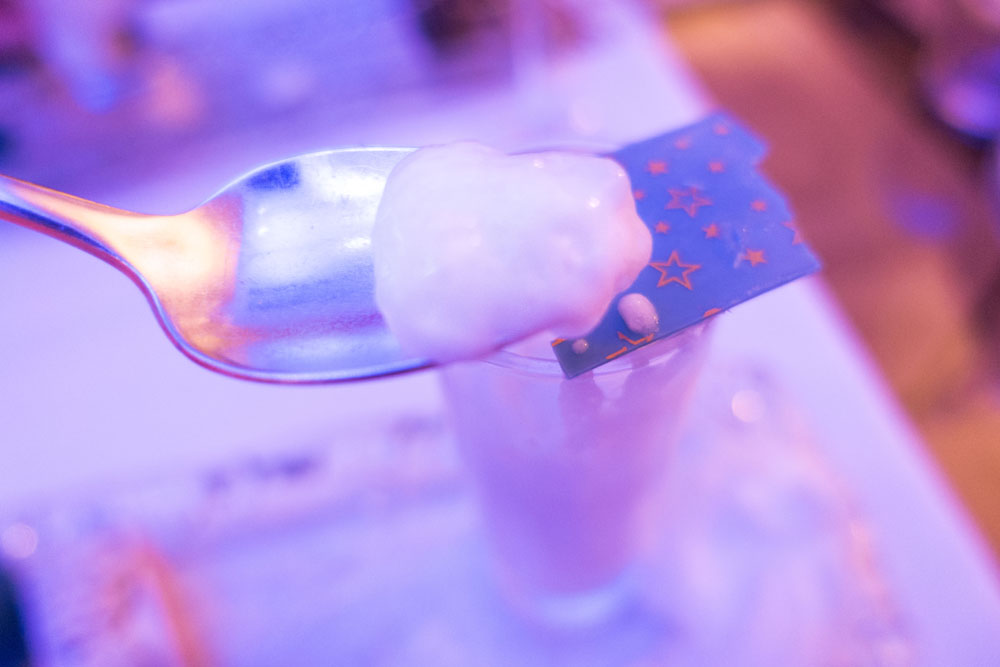 N’s favourite was a blackcurrant and cardamon cake which was rolled in a crunchy, crushed meringue coating. We both loved the shimmering white chocolate rock. I couldn’t think what it reminded me of until N solved the puzzle: White Chocolate Aero. 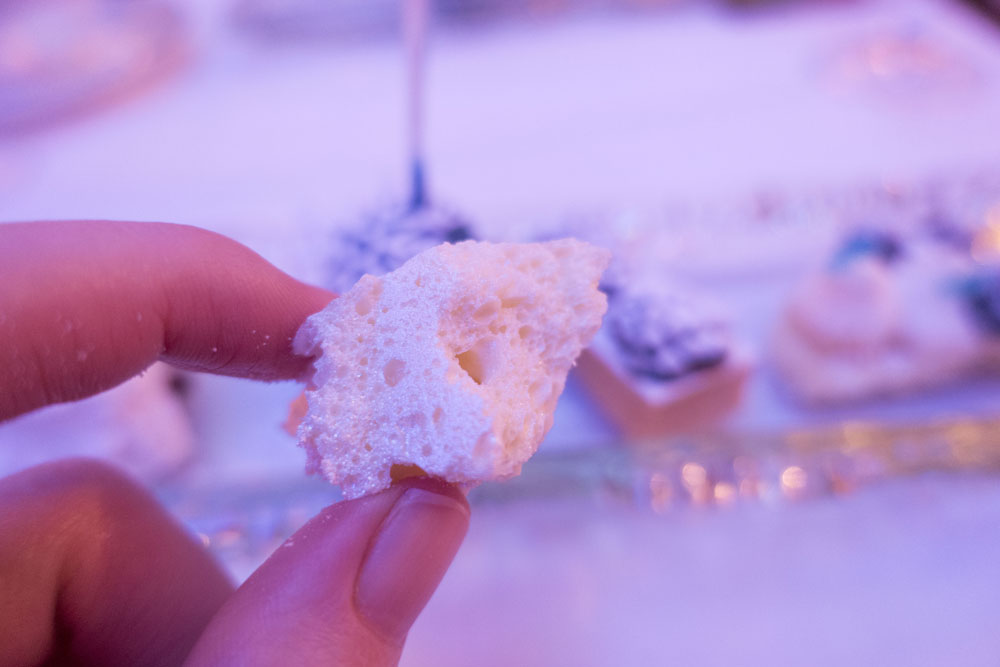 A creme patisserie and a chocolate cake pop completed the line up and were equally delicious, but I only managed a bite of each as I was so completely full at this point. 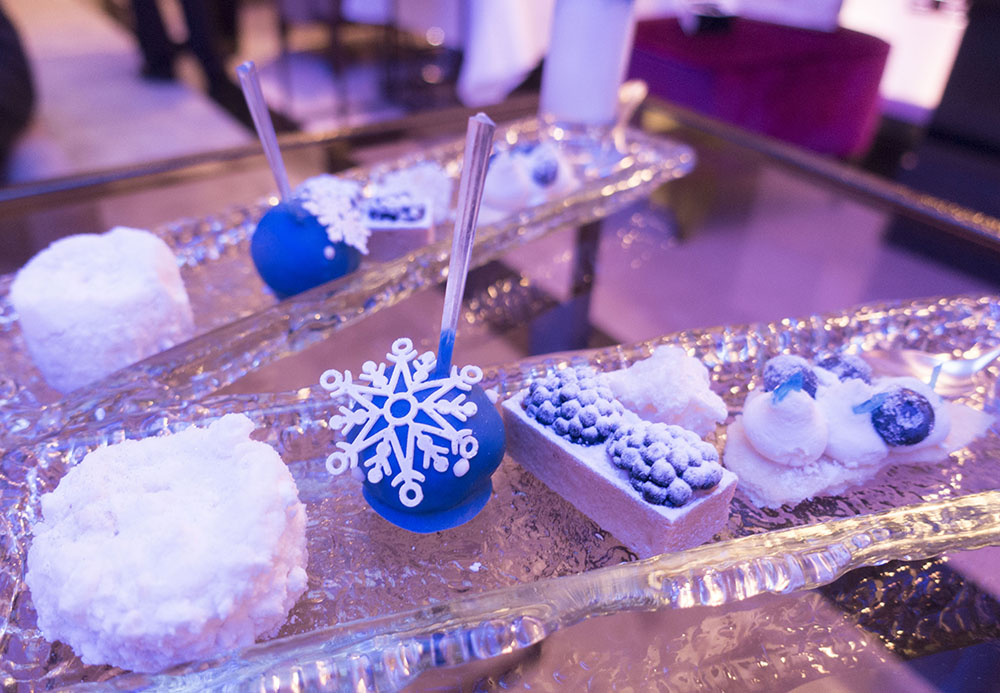 We opted for the free-flowing Champagne version of the afternoon tea which meant that every time I took a sip from my glass a waiter appeared to top it up; something I could definitely get used to! 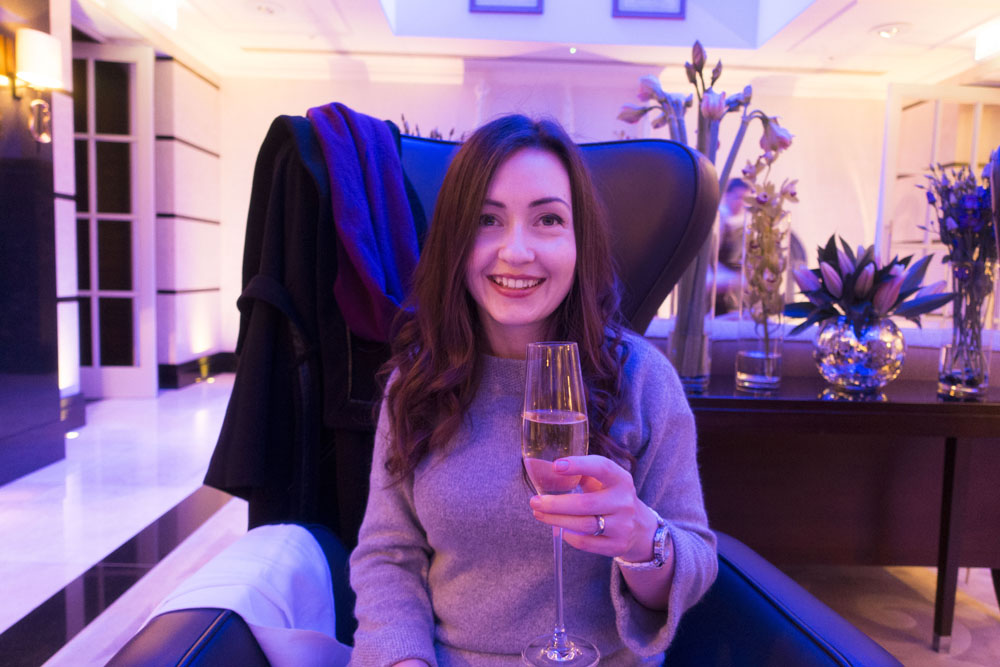 About halfway through our sitting our waiter (who was lovely and took care of us all afternoon) noted with concern that I didn’t appear to be drinking much. I took this as a personal challenge to do better. I mean if it makes them happy… 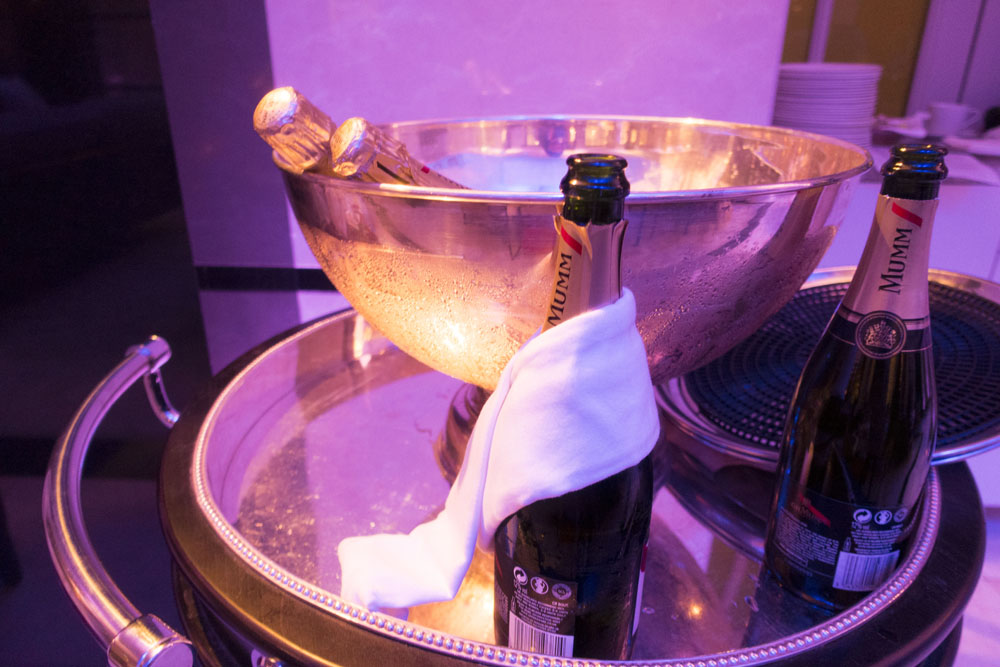 Afternoon Tea at the Conrad is an altogether different experience to my last adventure at Sketch, but no less worthy of the Loved By Laura stamp of approval. The afternoon tea itself is much like the hotel: luxurious, refined and polished, with a modern twist and not a hint of stuffiness.

Although the savoury section wasn’t anything standout in my opinion, the desserts, drinks, overall experience and exceptional service more than made up for this.

A fashion themed afternoon tea in Spring? Someone take me back there pronto!

Click here for more info on the Conrad St James Hotel Afternoon Tea. Note that this post is not sponsored, nor is it affiliated to the hotel in any way.

Have you tried afternoon tea at the Conrad? What do you think of the themes?