Quirky London | A Weekend Getaway at The Rookery* 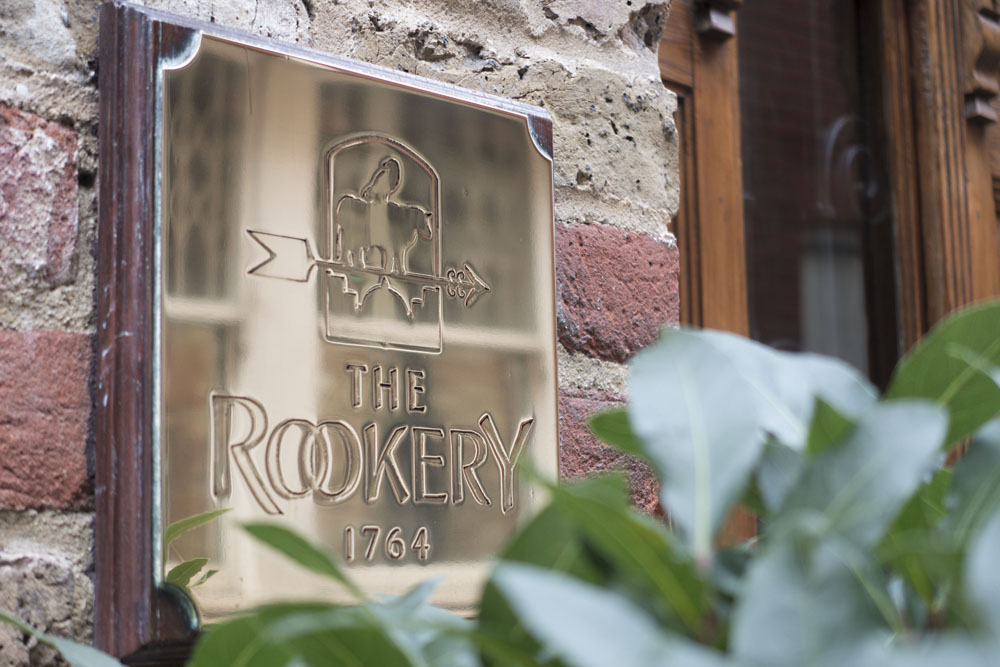 Travel Supermarket recently put together a list of the 12 most unusual and unique places to stay in the UK including a Wizard’s Treehouse (which I really want to stay in one day) and a giant pineapple! In keeping with the theme they invited N and I to stay at a quirky hotel of our choosing and we picked The Rookery in Clerkenwell.

The hotel is a leisurely two minute stroll from Farrindgon Tube station, itself just one tube stop from Kings Cross. As we trundled our case along the quiet road it was hard to believe that we were a stone’s throw from one of London’s busiest modern transport hubs. We found The Rookery tucked discreetly around the corner from the main street on Peter’s Lane. 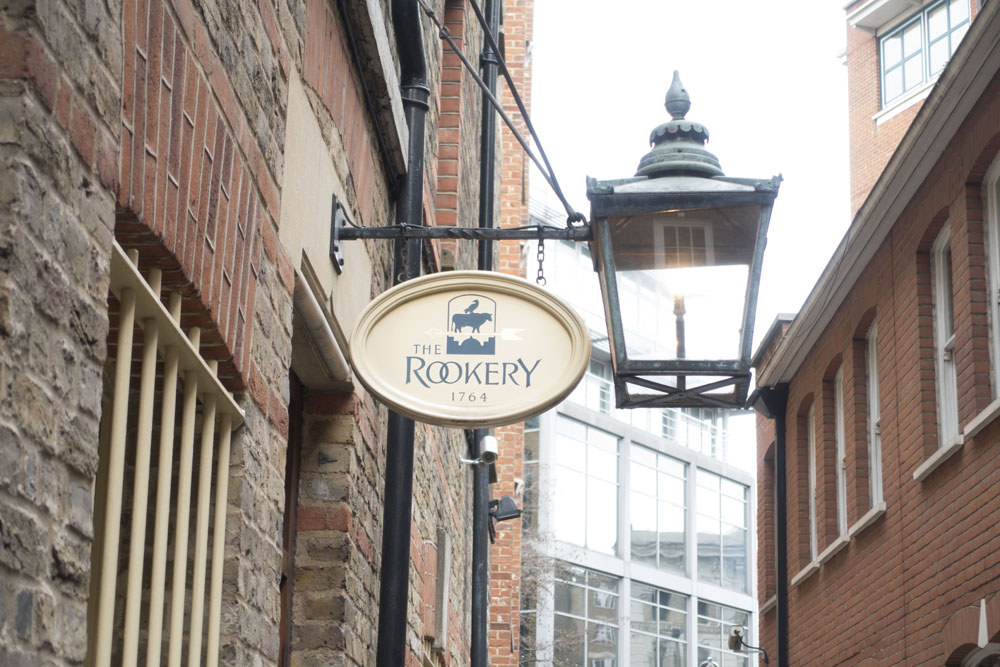 It’s a boutique hotel converted from 18th century houses and as soon as I laid eyes on it I fell a little bit in love; it’s so full of character and olde worlde charm – completely different to our usual London boltholes.

Inside we were warmly greeted and checked in, then given a little tour of the place before being shown to our room. 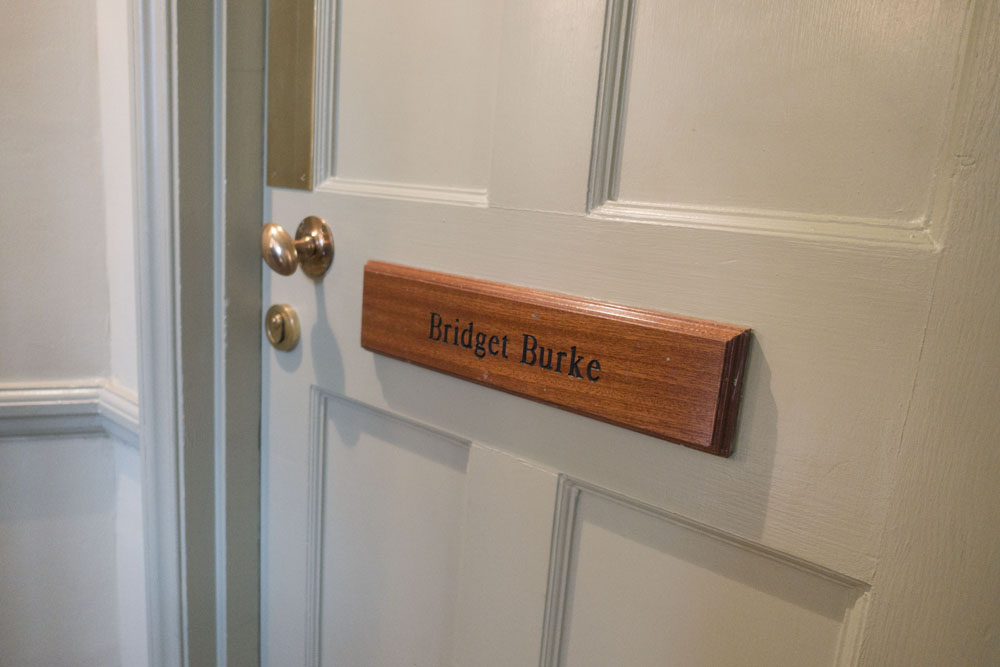 What a room! I would describe it for you, but since I took a million pictures I’ll let them do the talking… 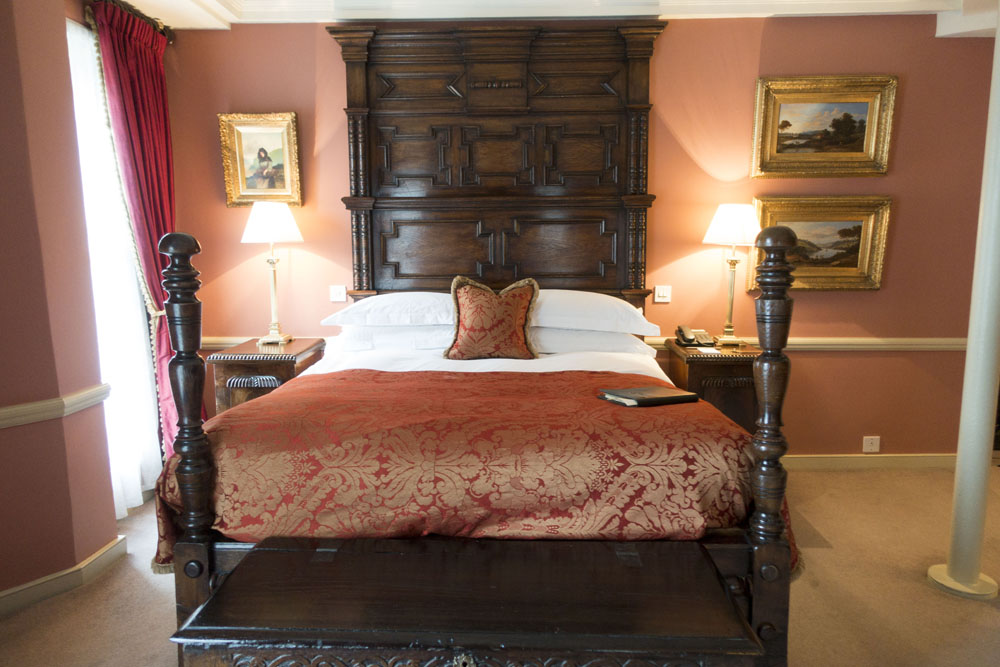 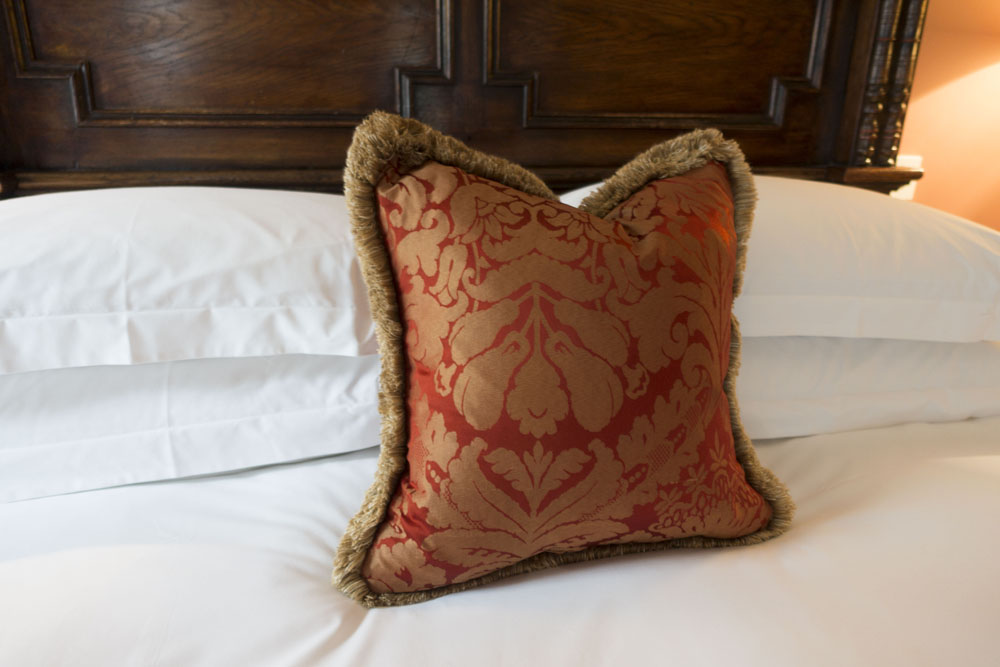 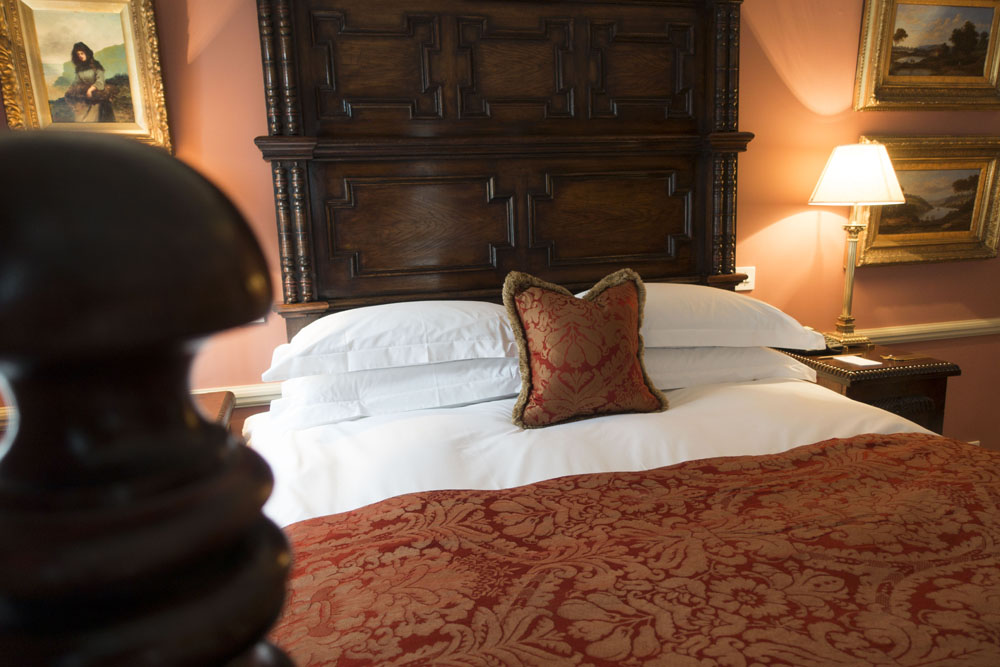 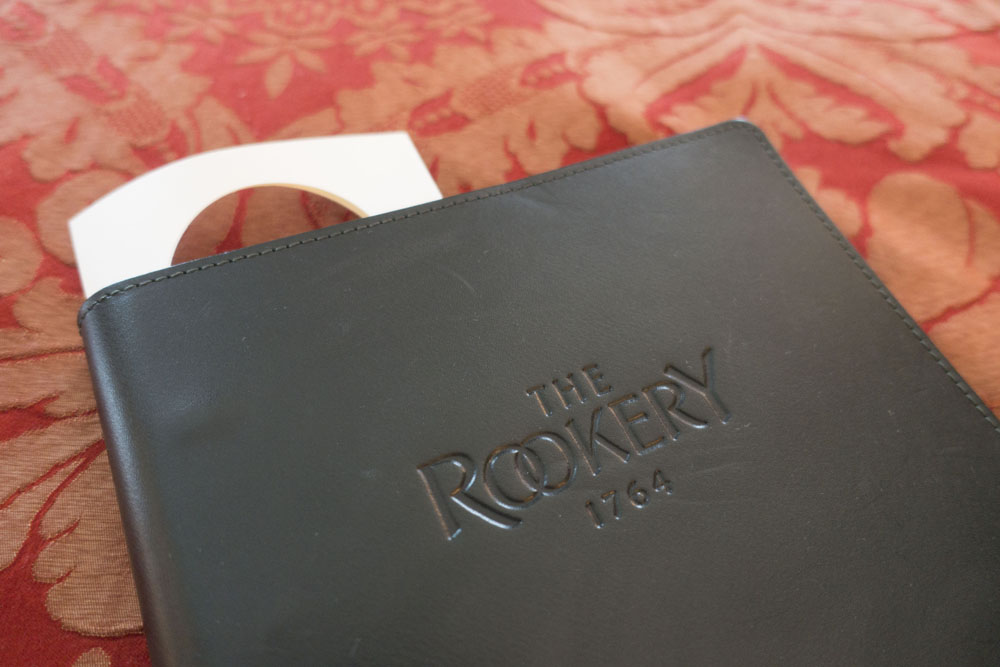 I’m usually a fan of modern country chic, but the glossy dark wooden panelling, Georgian four poster bed and all the other period details made this feel very special. 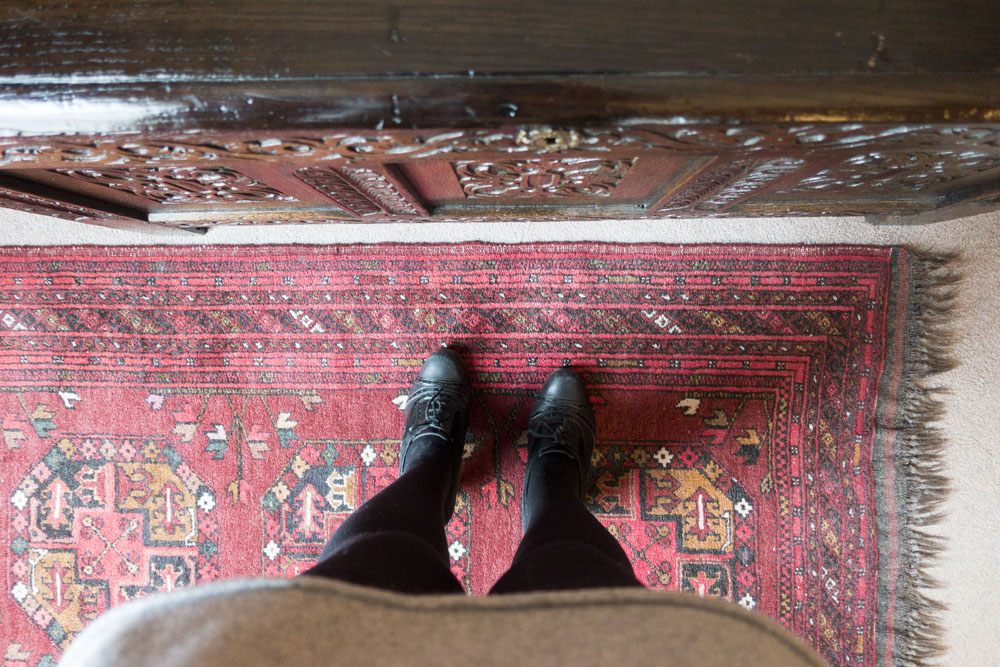 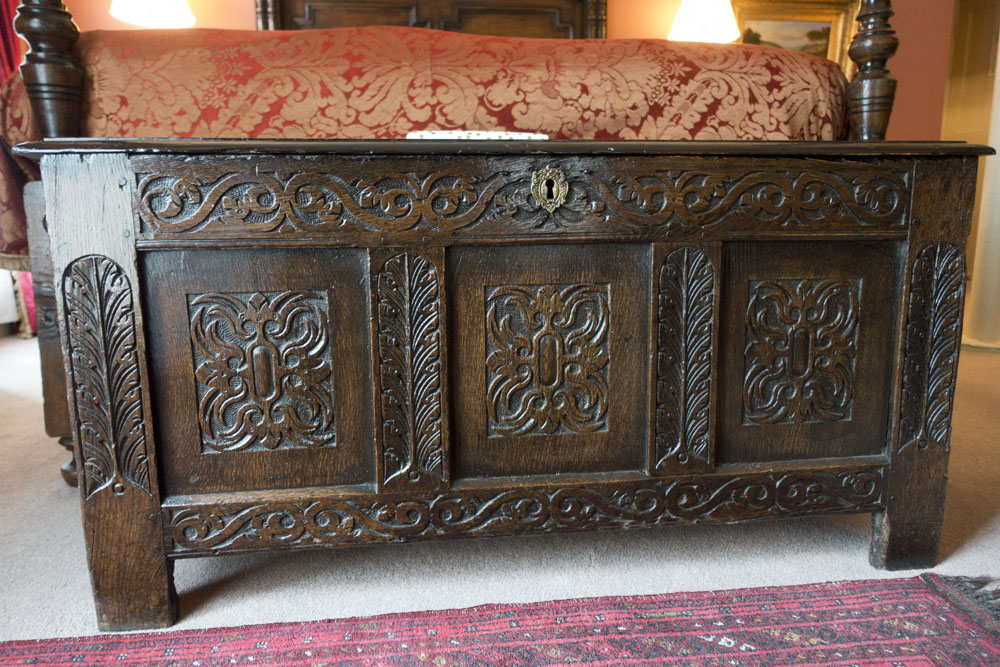 The room, a Superior Double, was incredibly spacious. Our only negative was the lack of in room amenities. For the price point I’d expect complimentary hot drink facilities but we had to make do with a chargeable mini bar and room service, plus breakfast was an additional charge. It’s worth noting that the surrounding streets are full of takeaways, corner shops and restaurants though so you can always nip up the road to pick up the incidentals.

This gripe aside, even the bathroom had a feeling of grandeur, though thankfully the lady in the corner politely averts her eyes whilst you’re on the throne! 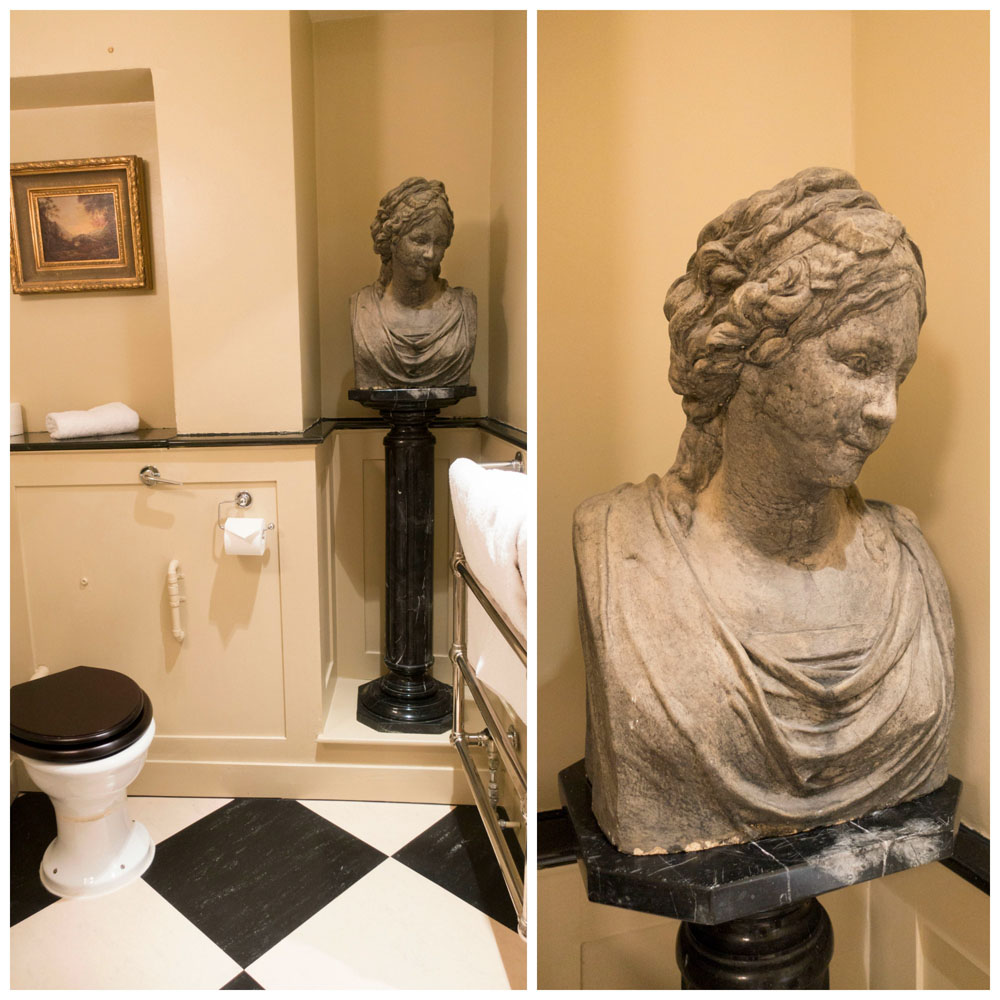 Some of the rooms have restored roll top baths, but I was more than happy with the luxurious walk in shower in ours complete with a waterfall showerhead and REN toiletries. 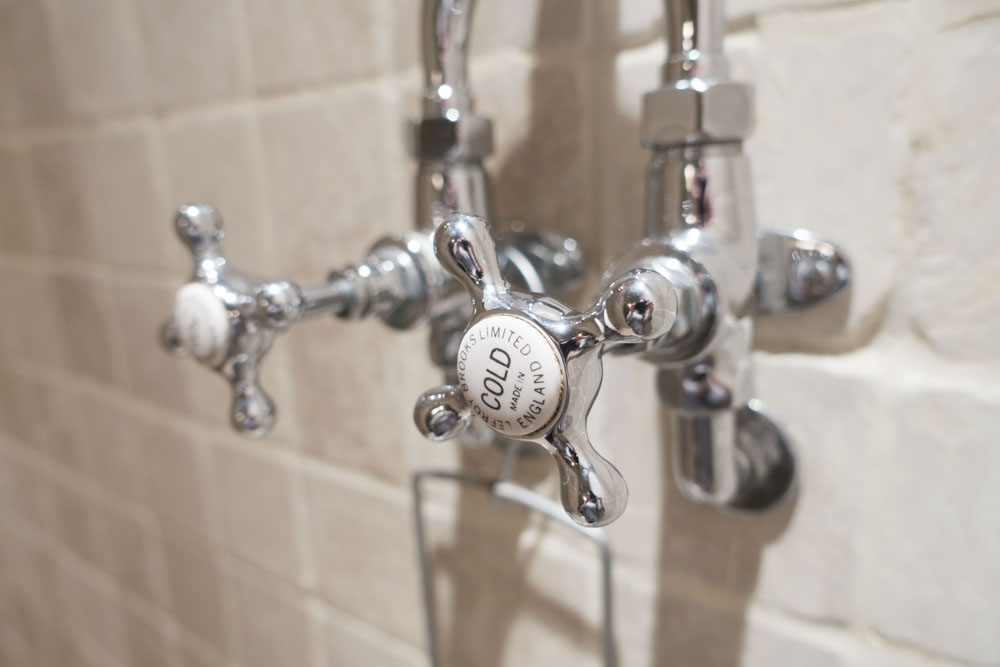 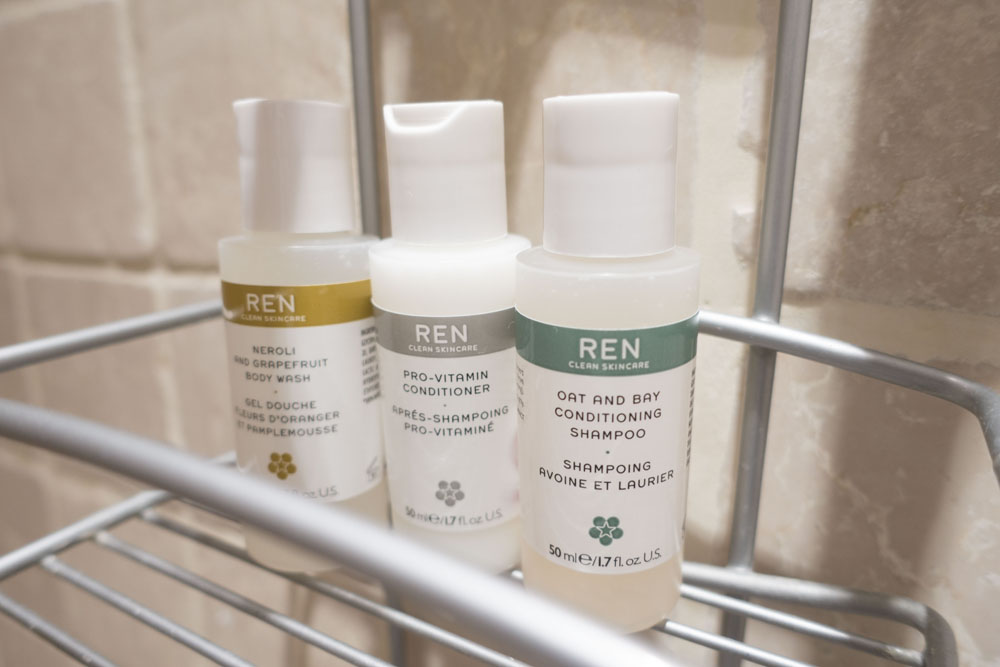 If you’re looking for ultra modern rooms and perfect white interiors then this isn’t the place for you. It’s got uneven ceilings, crooked corners and warmly painted walls in traditional colours. I loved it though, for all it’s nooks and crannies to explore and pretty details to admire. 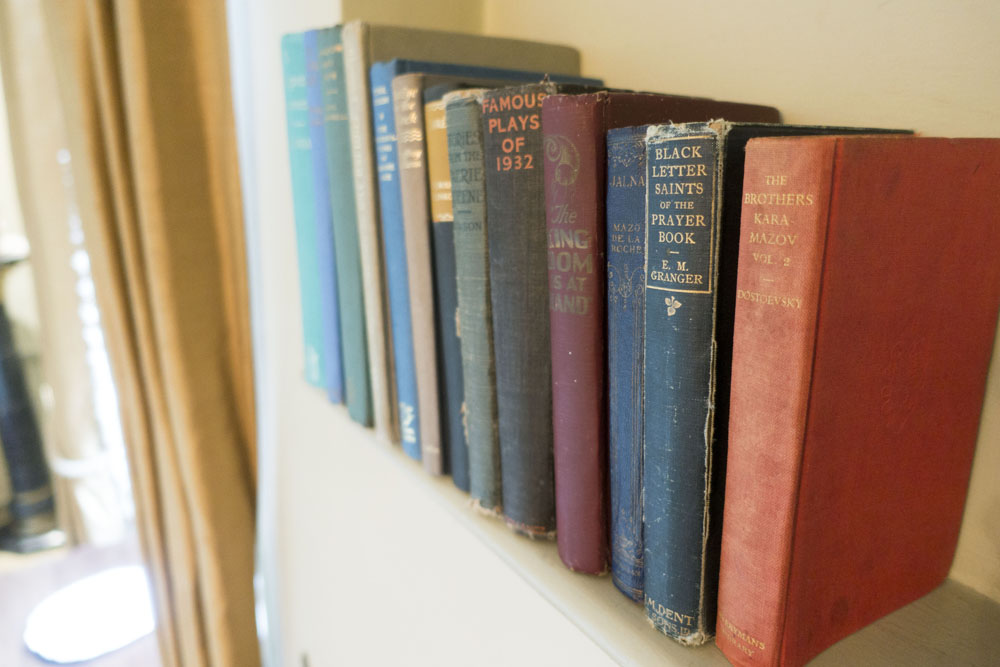 My favourite discovery was the most important resident of the house, Lady Grey. She appeared from the library (oh yes – this place has a library!) and graciously allowed me make a cooing fuss of her, whilst N rolled his eyes and muttered something about me and flipping cats. 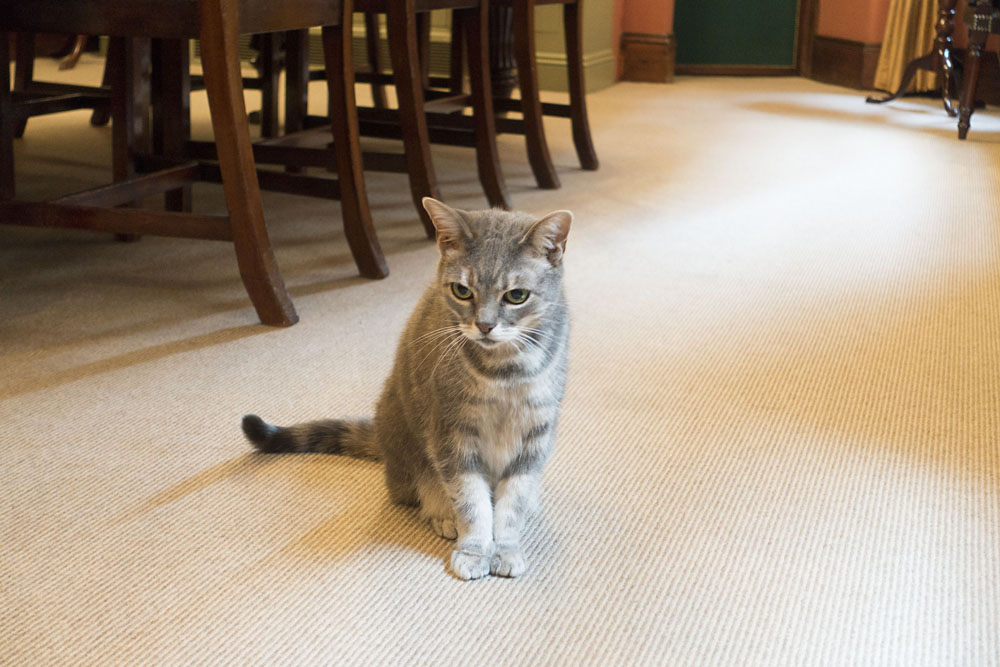 Downstairs is an honesty bar. You simply serve your own drinks and then fill in what you’ve taken so that it can be charged to your room… 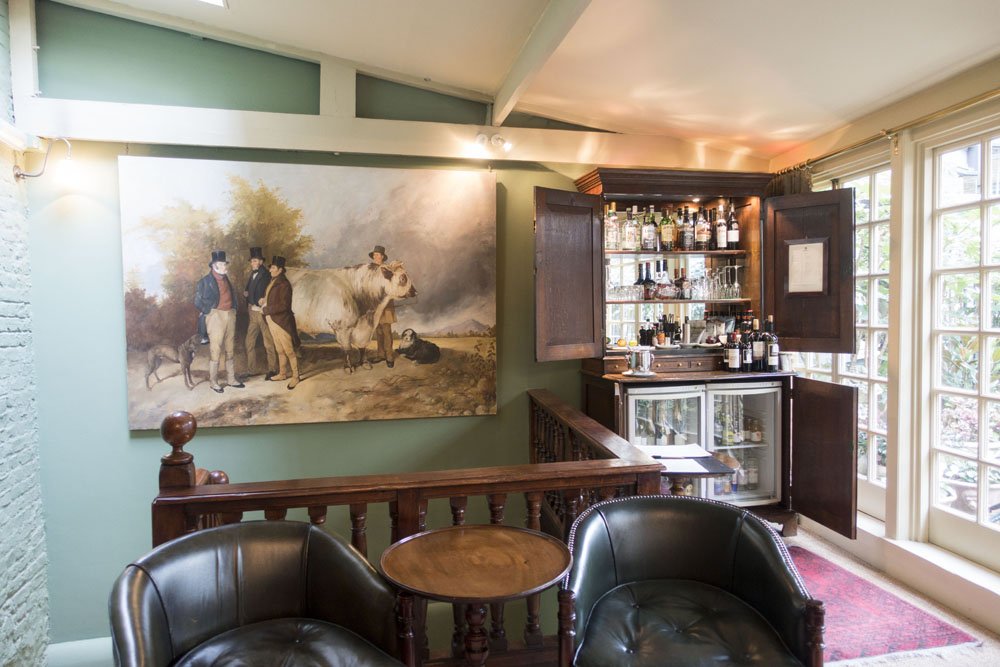 …and there are plenty of cosy seating areas to enjoy your drinks in.

It wasn’t cold enough for a log fire during our stay, more’s the pity. 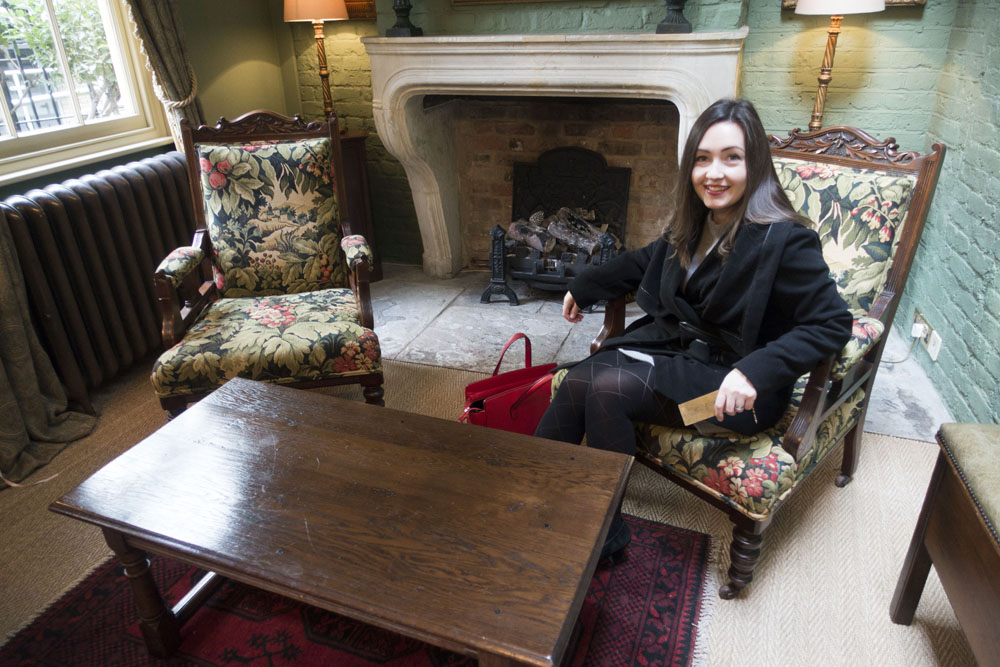 Once we’d unpacked we headed to St James Park for a delicious afternoon tea (look out for more on this in my next post!) and then on to the theatre for the evening showing of Wicked. 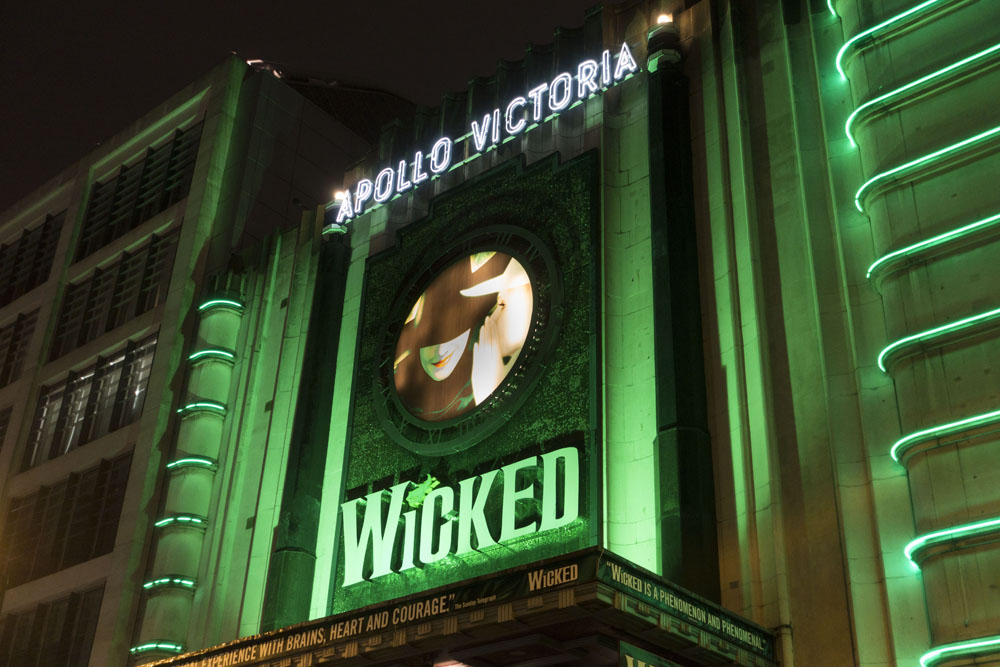 Our tickets were in Band A of the stalls. We’d gone for the best seats that we could afford, but were still pleasantly surprised to be shown to the 3rd row from the front, as we hadn’t realised they’d be THAT good!

in hindsight, I think that we might have actually been a little bit TOO close as it was sometimes hard to follow the action on stage because of the angles without having to crane my neck (a bit like sitting on the front row of the cinema). However we were so close that we could see every facial expression of the cast and all of the details on the downright amazing costumes, so it was still a fantastic experience. 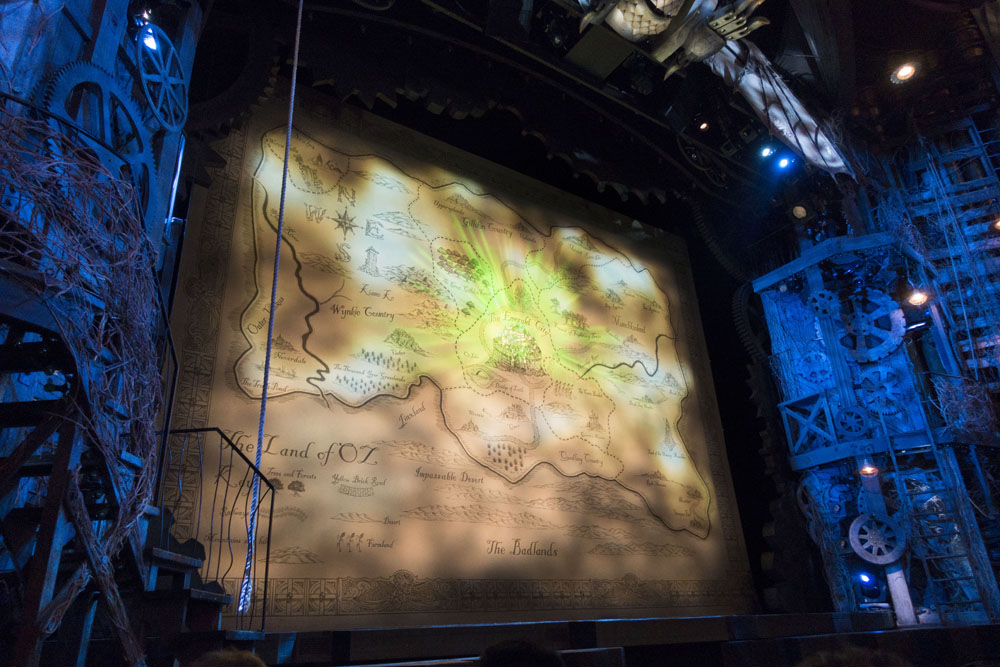 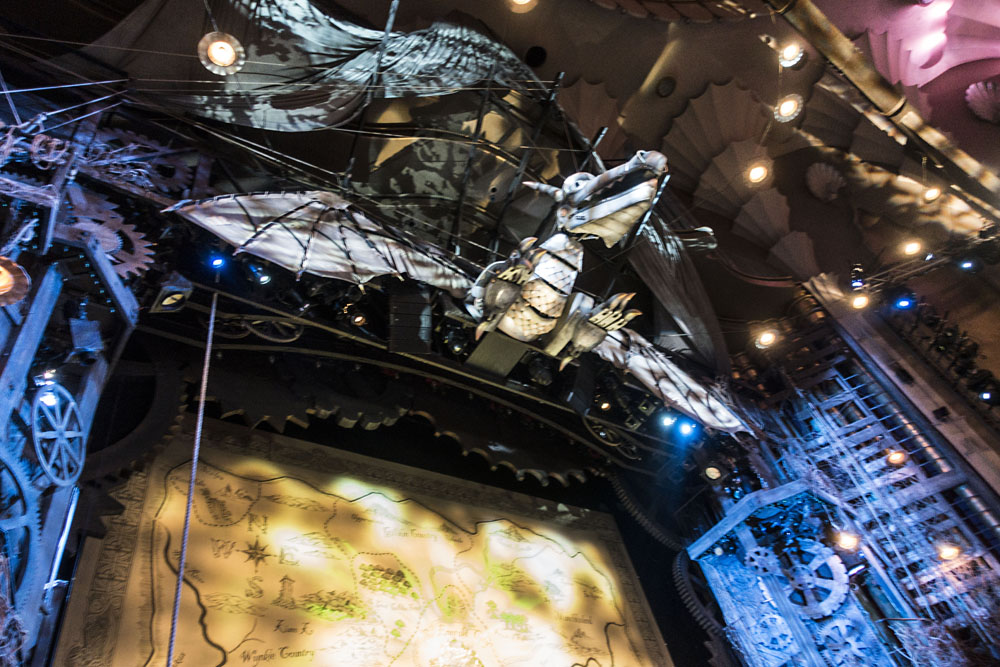 Without wanting to give any of the story away, if you like modern fairy tales, humour, Frozen and shoes you are going to love Wicked!

We didn’t get back to Farringdon until the early hours and found the area to be more alive at night than during the day, with some noisy types in the street below us who weren’t at all concerned about keeping their voices down. I am usually a light, restless sleeper but I managed to drift off immediately and get a straight 8 hours sleep which is almost unheard of for me. The bed was blissfully comfortable thanks to the crisp duvet and pillows.

The hotel doesn’t have a restaurant, but you can order room service meals. We opted for breakfast in bed the next morning. 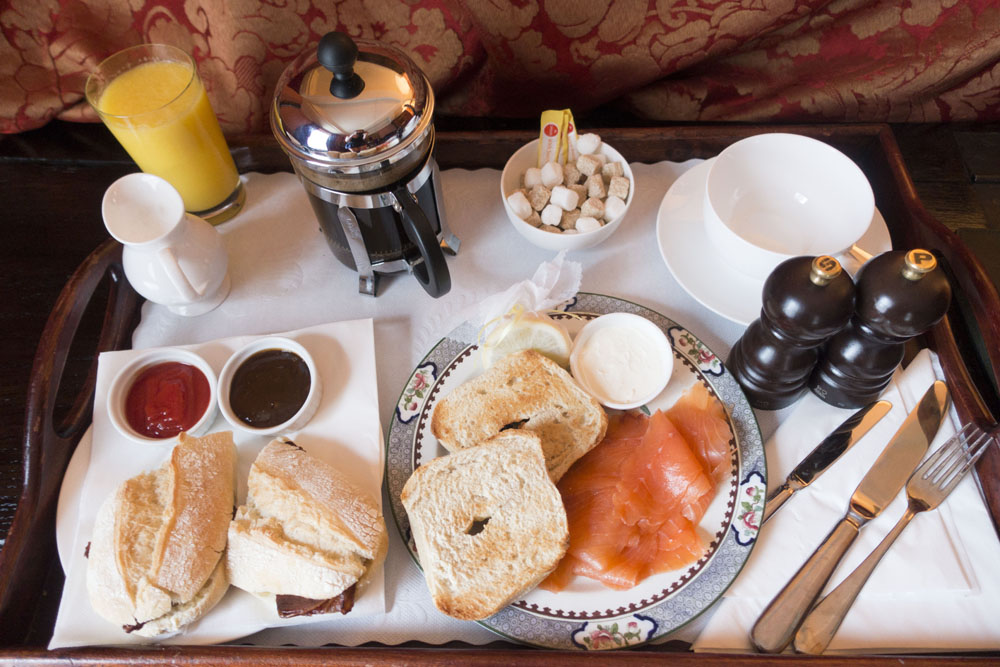 It was a pricey £11.95 a head and the menu is quite limited, but the portions were very generous and it meant that we could laze around until midday checkout and wake up slowly. 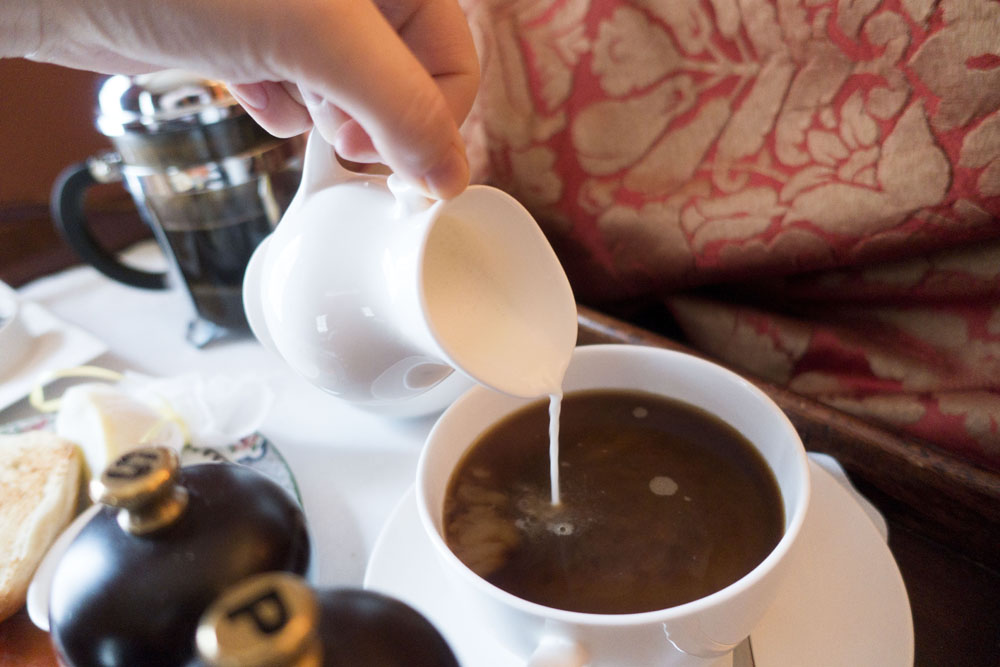 N had the biggest cup of coffee known to man and a bacon ciabatta sandwich, whilst I opted for a bagel with lashings of cream cheese, smoked salmon and lemon juice. Perfect. 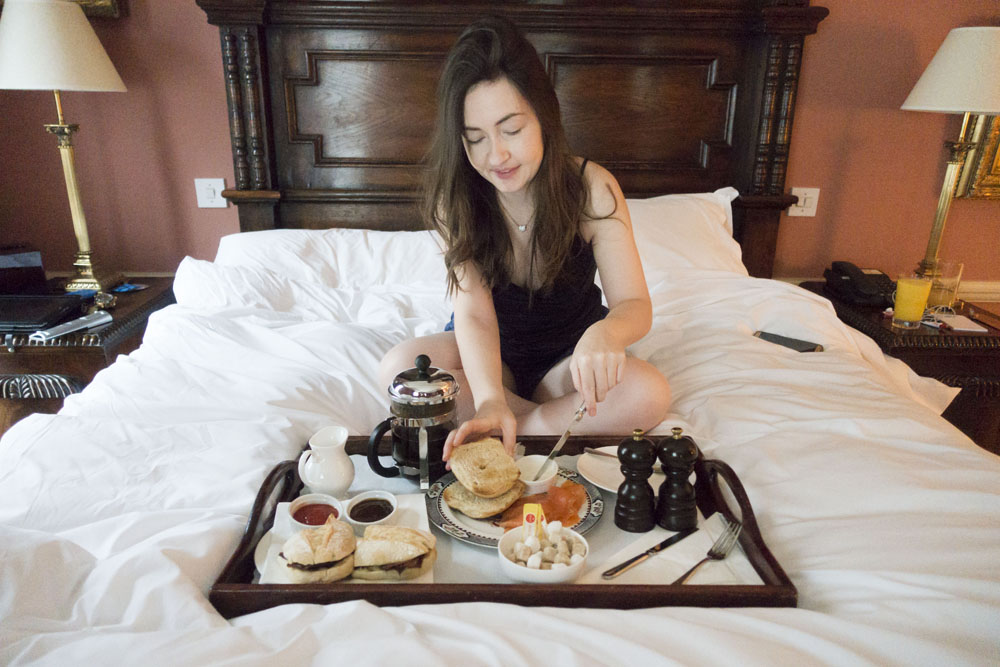 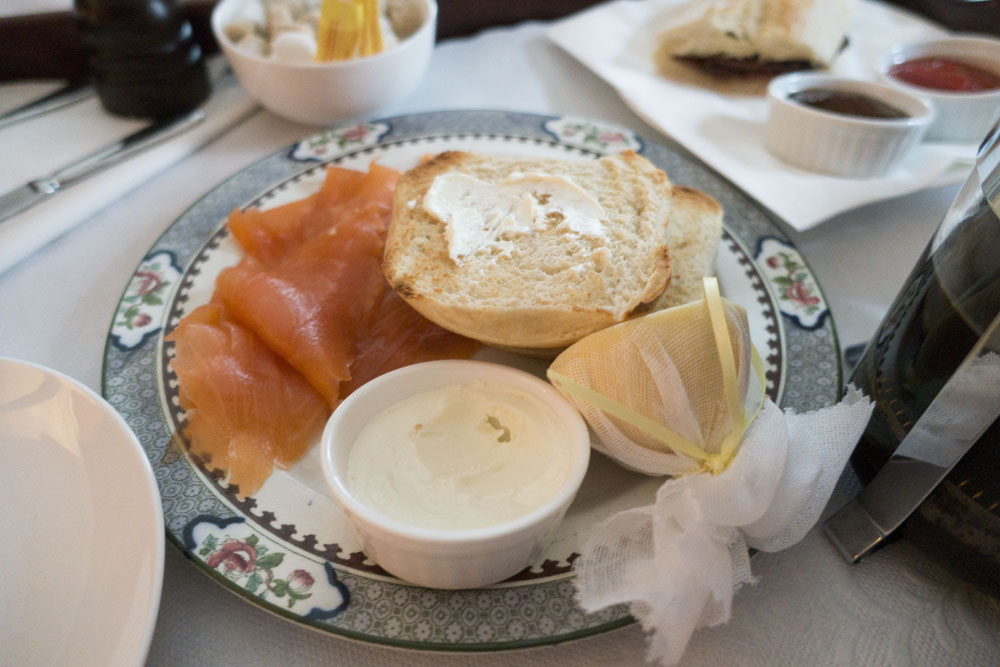 Can we just take a moment to admire the lemon in a muslin cloth? It allows you to squeeze the juice out without pips falling into your food – genius! 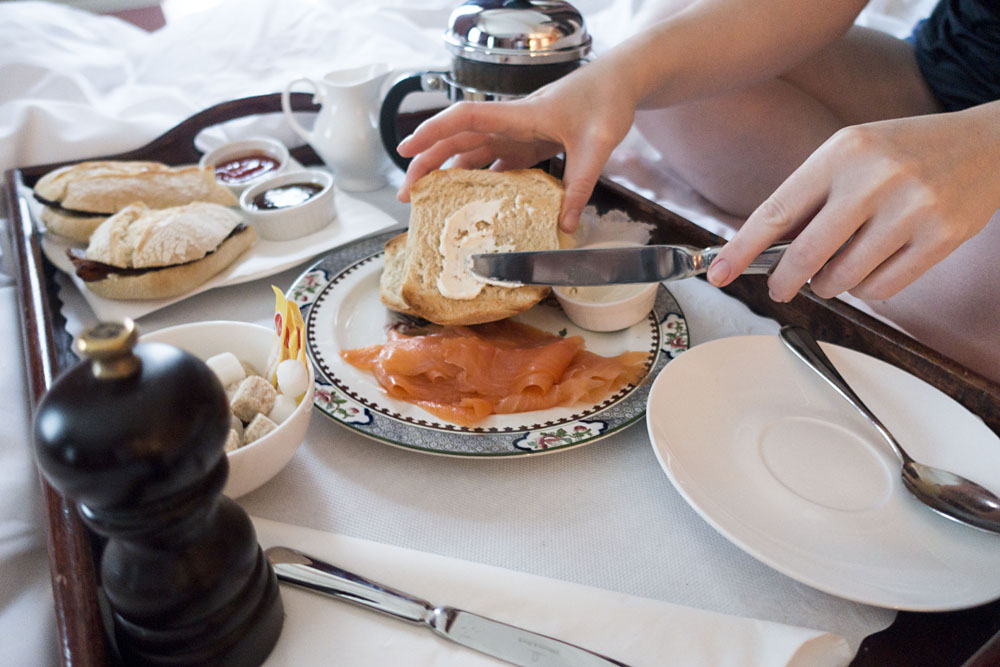 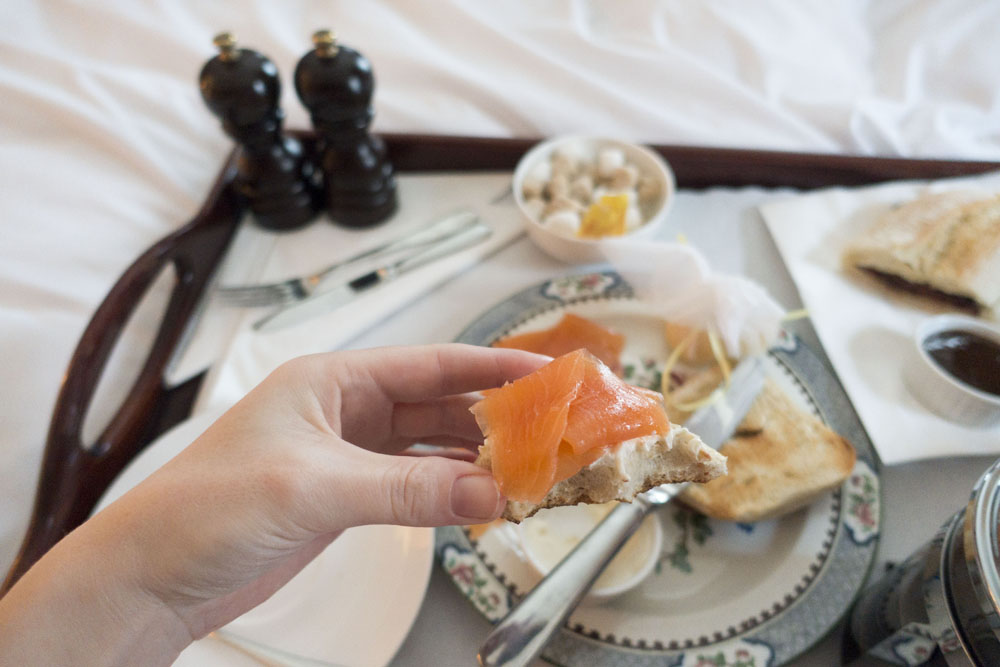 Soon all that was left to do was pack our bags and say a fond farewell. What a weekend! 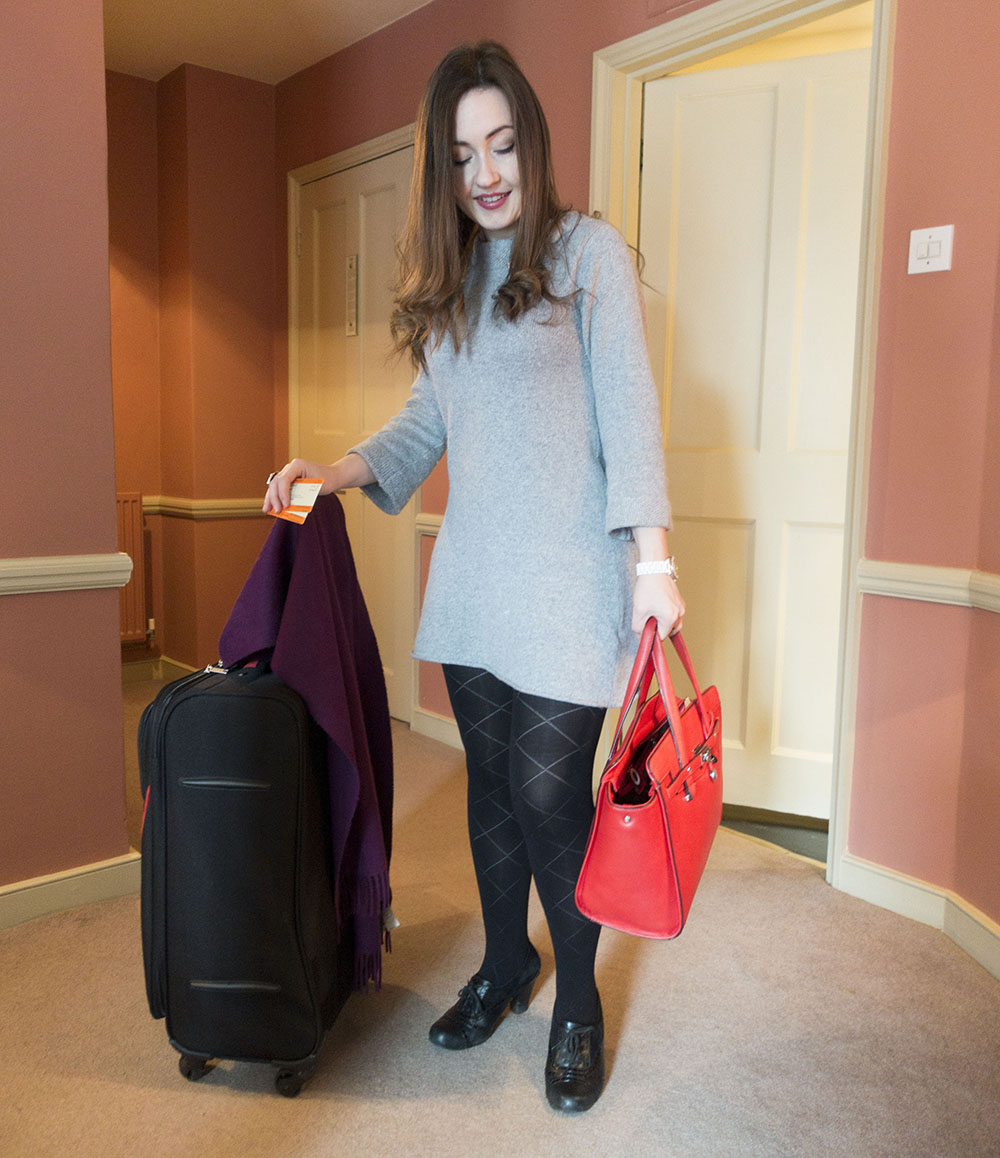 Owing to it’s sumptuous styling and wow factor rooms I think The Rookery is perfect for a romantic weekend away. It’s advertised at £240 a night but when I searched on Travel Supermarket I found some Saturdays priced at £195, so make sure you do a price comparison to get the best deal!

I’d like to say a massive thanks to Travel Supermarket who provided our complimentary stay, but rest assured that all views expressed in this post are my honest and truthful opinion. (You can read more about this on my disclaimer page here.)

What do you think of the hotel? Do you have any recommendations for unusual places to visit?