Here’s a very festive edition of the Happy List!

I was rather confused when I found a parcel from Betty’s waiting for me at home because I hadn’t ordered anything. I opened the box to find that their lovely team had sent me some mince pies just because! Not only was this a lovely surprise, but it also prompted N to suggest a visit to York in the New Year to finally visit Betty’s Tea Rooms. Yippee! 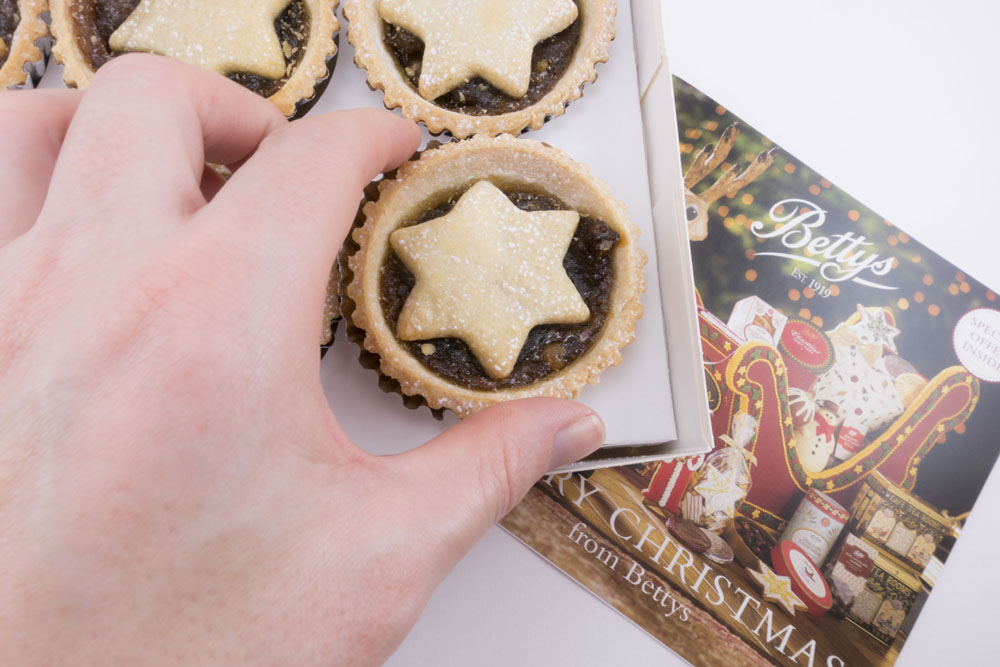 As a long time subscriber, I was lucky enough to receive an invite to the My Little Box Christmas Party which took place last week at Book and Kitchen in Notting Hill. I took my friend and fellow blogger Milli (Arts and Graces) and it’s fair to say we were both very excited at the prospect of meeting the team who’d come over especially from Paris. It was equally lovely to have a proper catch up! 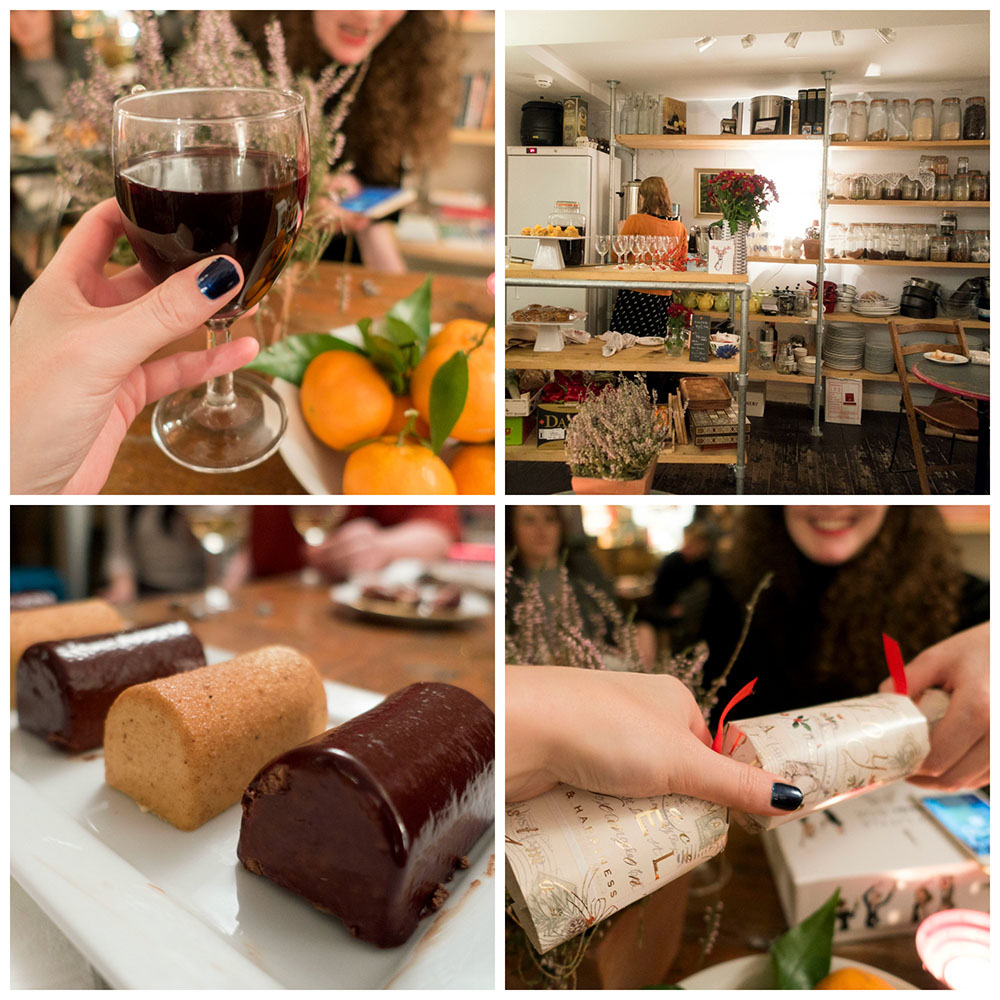 The My Little Box team were the perfect hosts, treating us to canapes, mulled wine and stories of beautiful Paris. In a wonderful gesture they gifted each ‘plus one’ with the latest edition of the My Little Box for December (which I shall be reviewing very soon!) and I received a special goody bag to take home too.

I enjoyed the evening and company so much that I lost track of time and missed the last fast train home. The resulting rather expensive taxi ride was worth it! 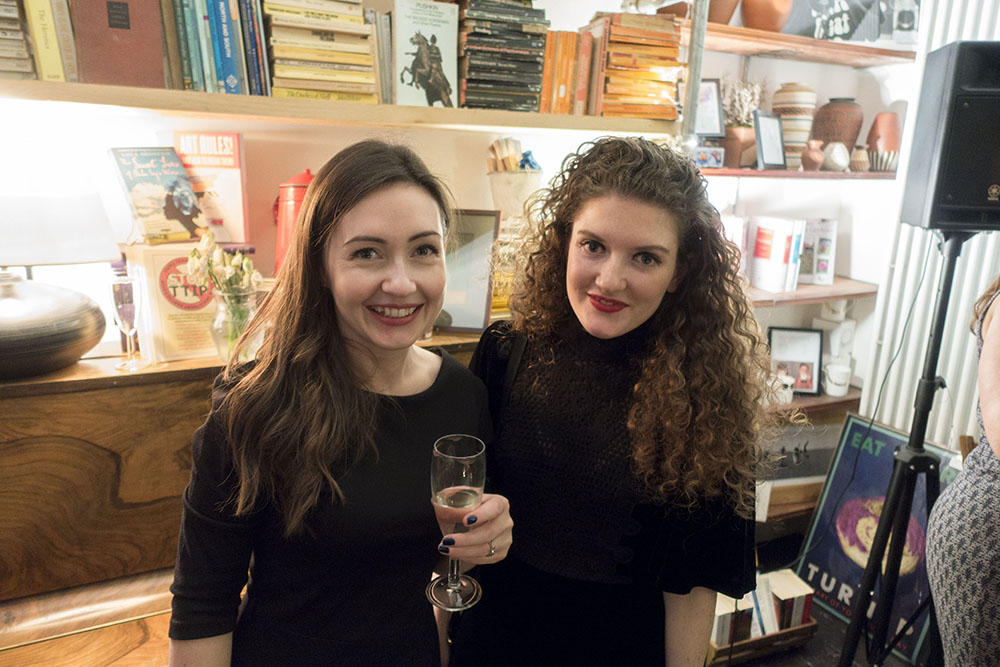 Speaking of subscription boxes: Whilst I receive my beauty box each month, N is a member of the Marvel Collector Corps. Every two months he gets a themed box of film/comic goodies. He was a little bit disappointed this time around as instead of the usual Pop Funko! figure that he expected, he received Christmas decoration versions.

I, on the other hand, thought these were the best thing since sliced bread! I mean, just look at them – Groot and Rocket Racoon with Christmas bows! I have claimed them as my own. 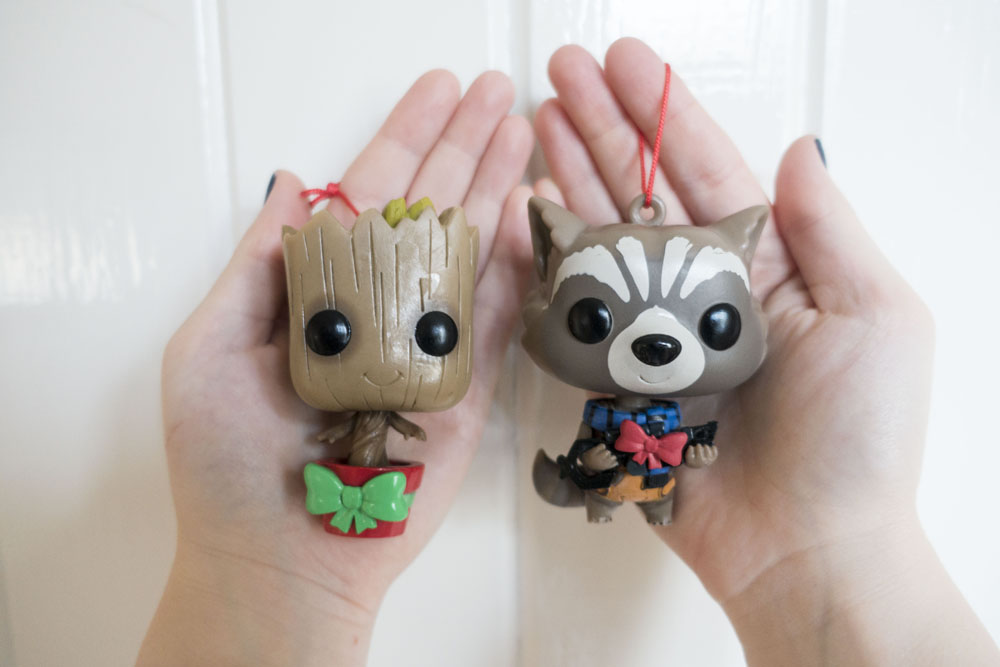 Christmas in London and Karaoke

My job took me to London for a workshop in Shoreditch. We were in a business area but I spotted a huge reindeer and so my work colleagues patiently waited whilst I ran across the road to take pictures – I just love spotting anything Christmassy! 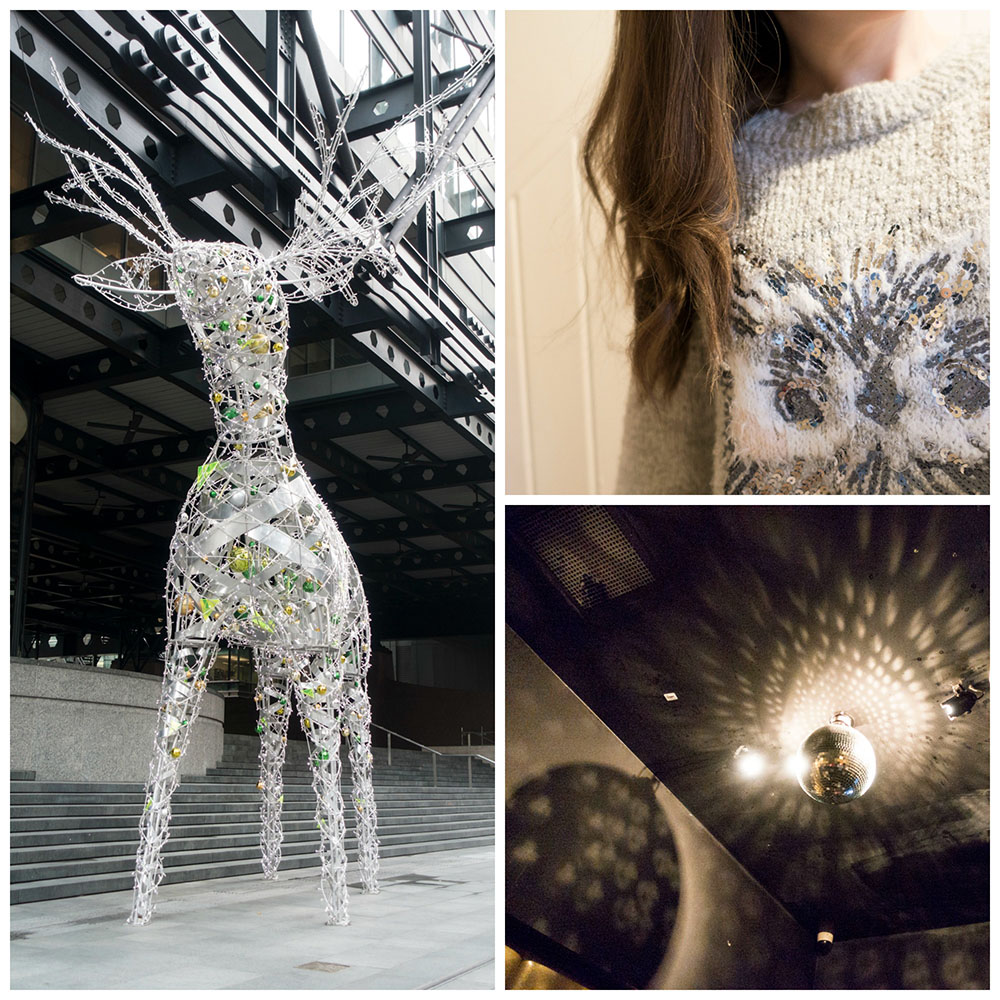 After work our team headed to All Star Lanes for a Christmas celebration, with our manager insisting that we do karaoke. It was clear that no one was really in the mood to serenade each other, but fast forward 30 minutes and two rounds of drinks and we were all shouting along to Wonderwall and picking out the cheesiest anthems we could find!

Back in the office, we enjoyed #ChristmasJumperDay . N did point out that my effort didn’t really have much to do with Christmas. I countered with: “Well it’s got sequins on it!” 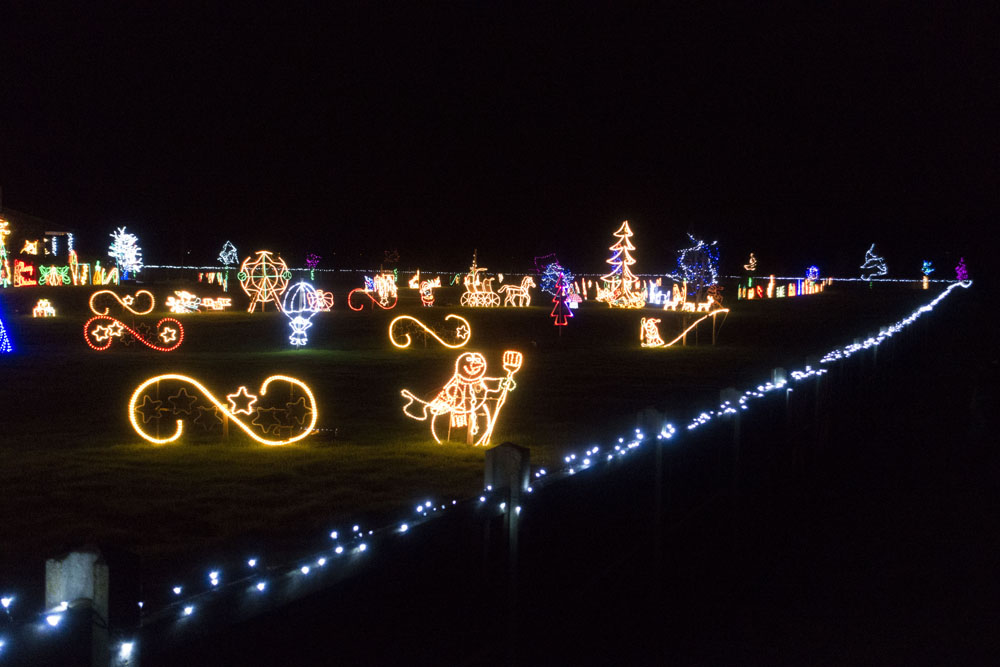 My sister came down from Liverpool at the weekend with her brood and I took them to see the Willow House Christmas Lights which were simply amazing! Each year the family deck their house and land in a million Christmas lights and invite everyone to come and see the display in order to raise money for Cancer Research UK. My nephew Harry was enthralled and I must admit so was I! If you’re in Cambridgeshire between now and the end of December it’s well worth a visit… whether you’ve got little ones or not! 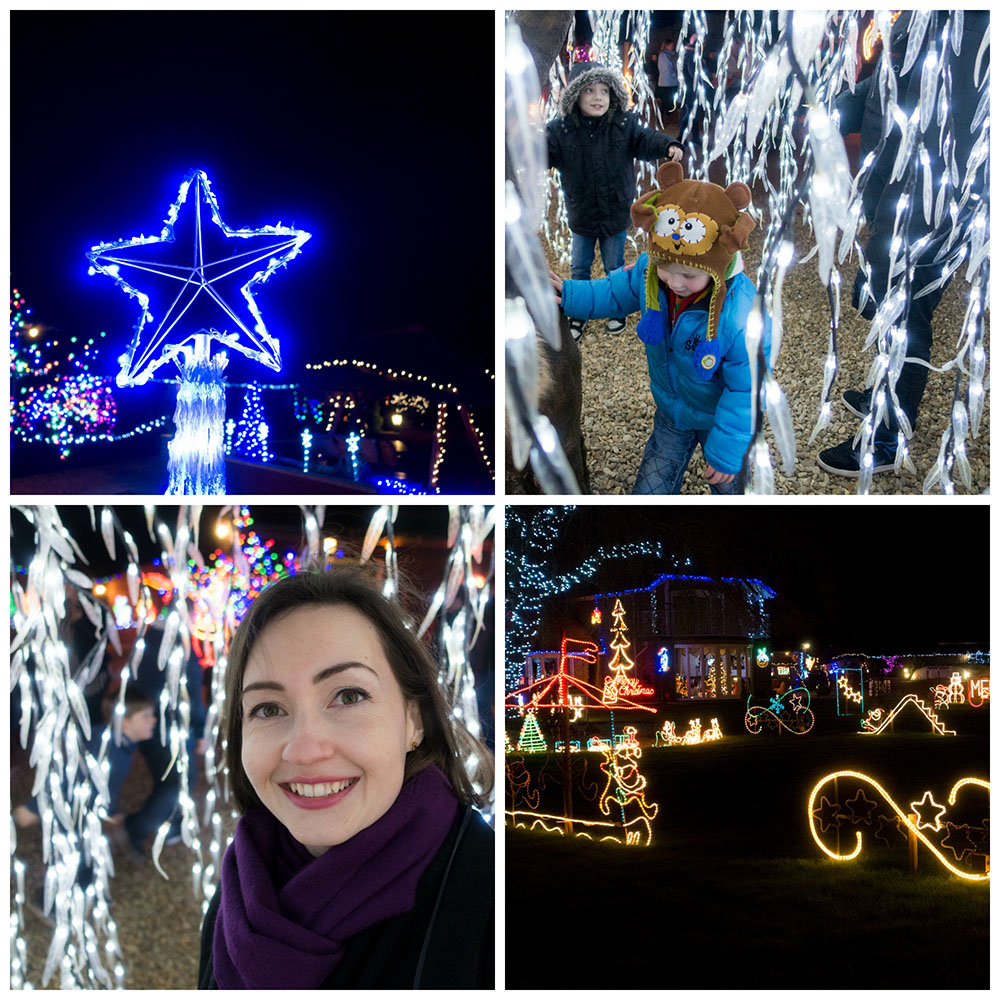 It’s my birthday and I’ll watch Masterchef if I want to.

It was my birthday yesterday and could have been a disaster because N came down with a horrible cold and we had to cancel all our plans. I ended up going into work because it seemed a bit of a waste to stay at home all day. However my team kept me laughing, I cracked the bit of coding that’s been bugging me for ages and in the evening I binge watched episodes of Masterchef whilst N snoozed next to me on the couch.

This might sound really boring to you, but in all honesty it was one of the best birthdays I think I’ve ever had! I tend to put a lot of pressure on myself to have an exciting birthday and top it with something better each year. This one reminded me that sometimes the simple pleasures in life really are enough.

I also got this card from my sister, which was just perfect! 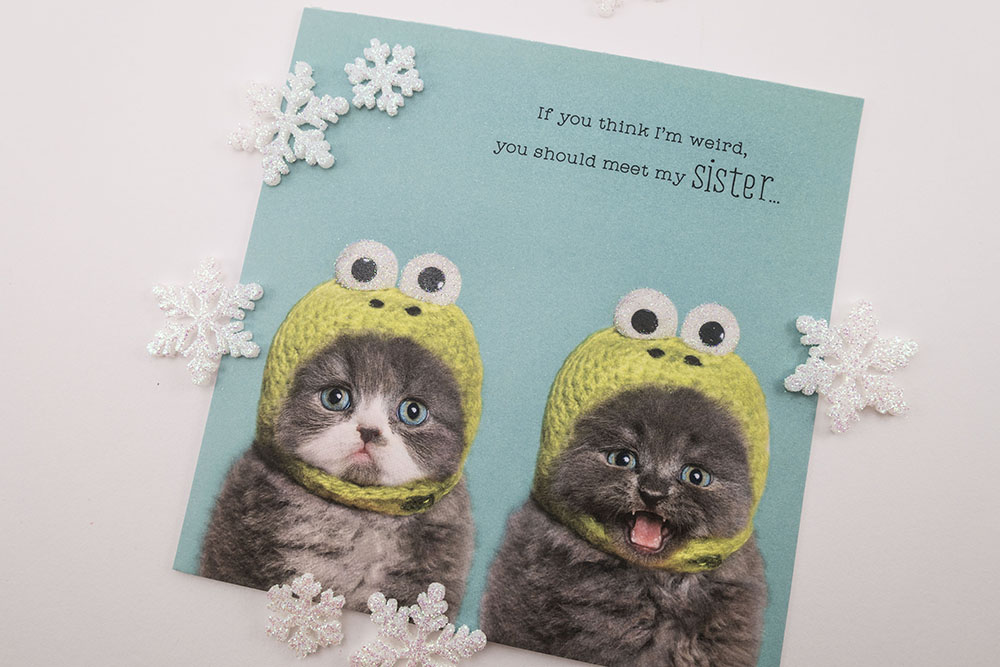 I spent my one day off today wrapping all my presents. It took me ages as I went to town with bow and ribbon and trims. I caught up on almost half a season of Once Upon A Time at the same time!

Sookie came and snoopervised, which means that she tried to steal the ribbon and chew the boxes! 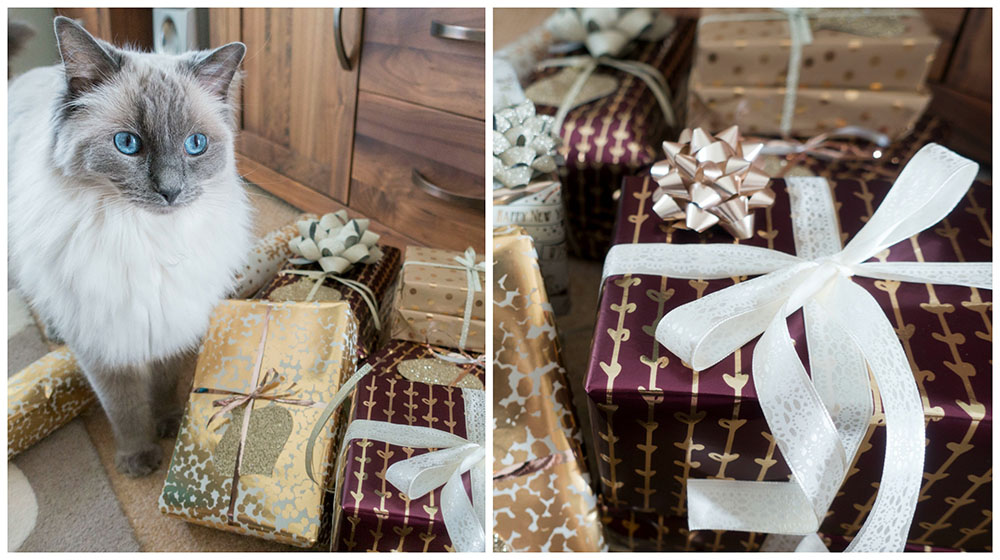