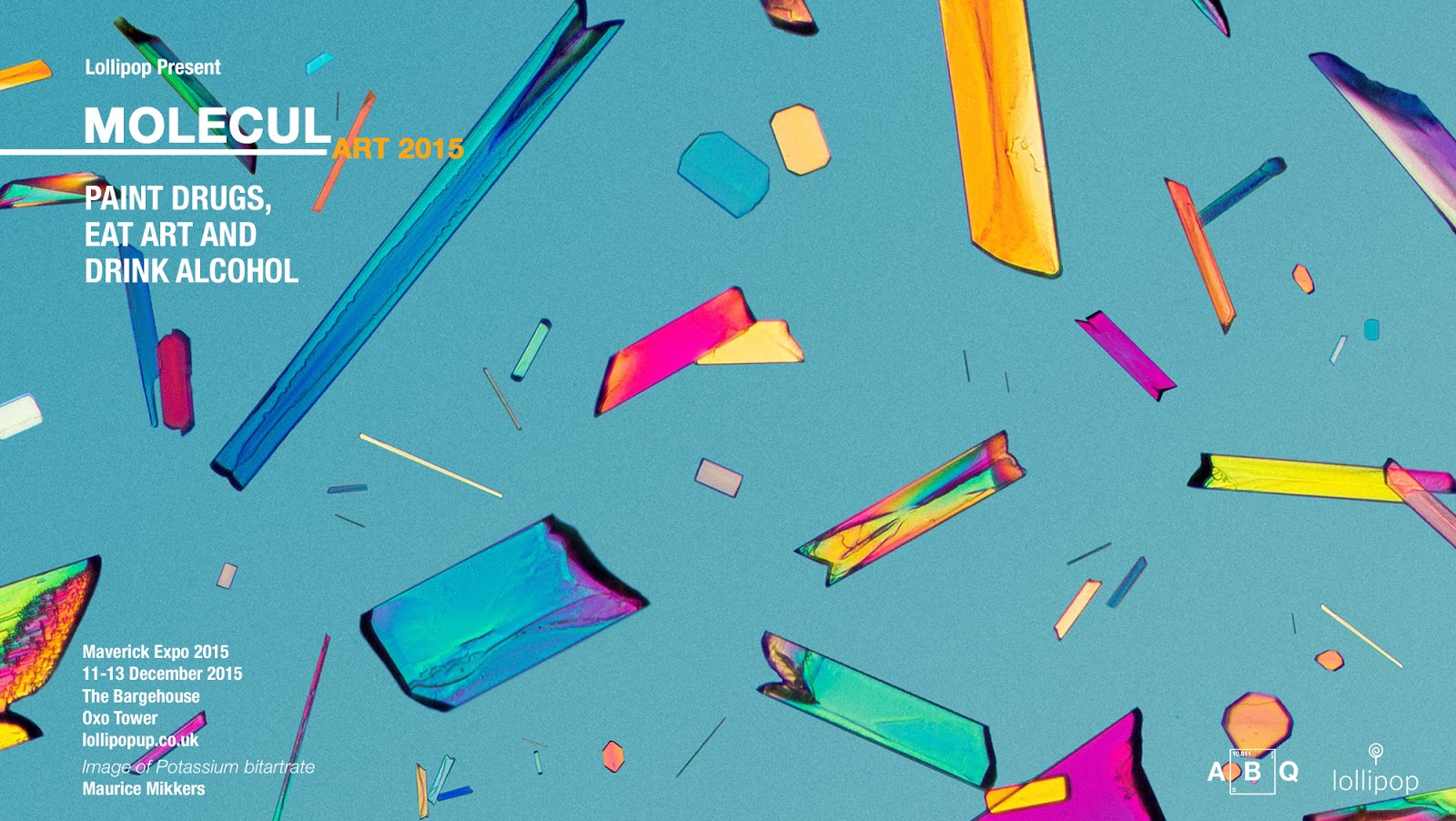 The ABQ London Breaking Bad Cockail Bar Pop-Up that I reviewed here has now closed after a fantastic extended run. It was such, in fact, such a success that the original 2 month stint was extended and over 9,000 people ended up taking part in the experience between July and November 15. Lollipop, the organisers, aren’t putting their feet up just yet however as they are running another pop-up in London this week: MoleculArt 2015.

Normally I only post about events once I’ve been myself, but as the pop up is only on from Thursday 10th to Saturday 12th December I wanted to give you a heads up as this one sounds super fun and quirky and tickets have just gone on sale.

Taking over the fourth floor of the Oxo Tower (a place I’ve wanted to visit for so long!) Moleculart 2015 is described as an ‘intimate art installation and experience’. If that sounds a bit dry, let me add that the idea is to drink some creative cocktails from the chefs at ABQ London, whilst trying to throw paint, chemicals and other potions at a large canvas in just the right spot in time to the beat of a DJ’s experimental music, in order to create something unique. Everyone will work together to create a piece
of art based upon the molecular images projected onto the canvas.The keepsake piece that you get to take home is planned to be a ‘reminder of the strength and energy humans can generate when they come together, something which is much needed in today’s world.’

I have no idea what this ‘work of art’ will look like by the time I’ve necked a few cocktails and it’s all a bit mysterious for now, but it’s shaping up to be a pretty wacky and totally hilarious experience!

Expect a review after I’ve been to let you know how I got on, and in the meantime if you fancy something totally different to all the Christmas themed activities taking place in London right now, details of how you can get tickets are HERE!