After spending a few cosy weekends at home in November I’m feeling recharged and ready for a busy run up to Christmas. At some point I have to cram in my Christmas shopping but for once I’ve made a good start by taking advantage of Cyber Monday.  Two for one on Charlotte Tilbury? Yes please and thanks very much!

Wait…Christmas presents for myself count don’t they?

Here’s a roundup of life lately and all the things that have kept me smiling.


I don’t like coffee so usually all the seasonal offerings pass me by. However I’ve now discovered Costa’s Caramel Fudge Hot Chocolate in the staff restaurant. Need I say more? 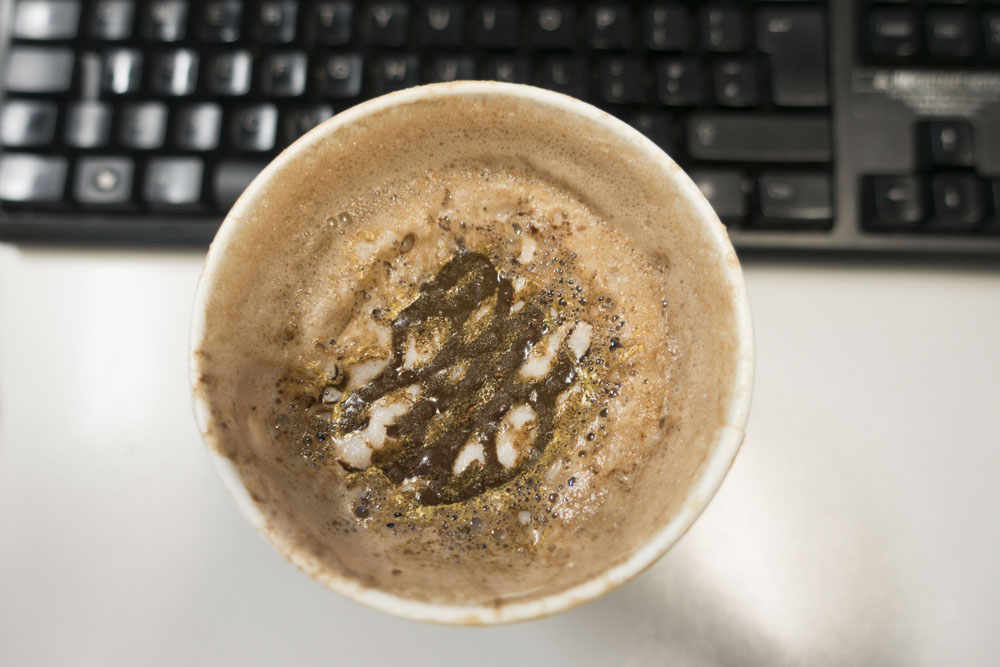 The cats have got super cuddly since the weather has turned cooler. Both have been little shadows following me around the house, flopping onto their backs and demanding belly rubs. 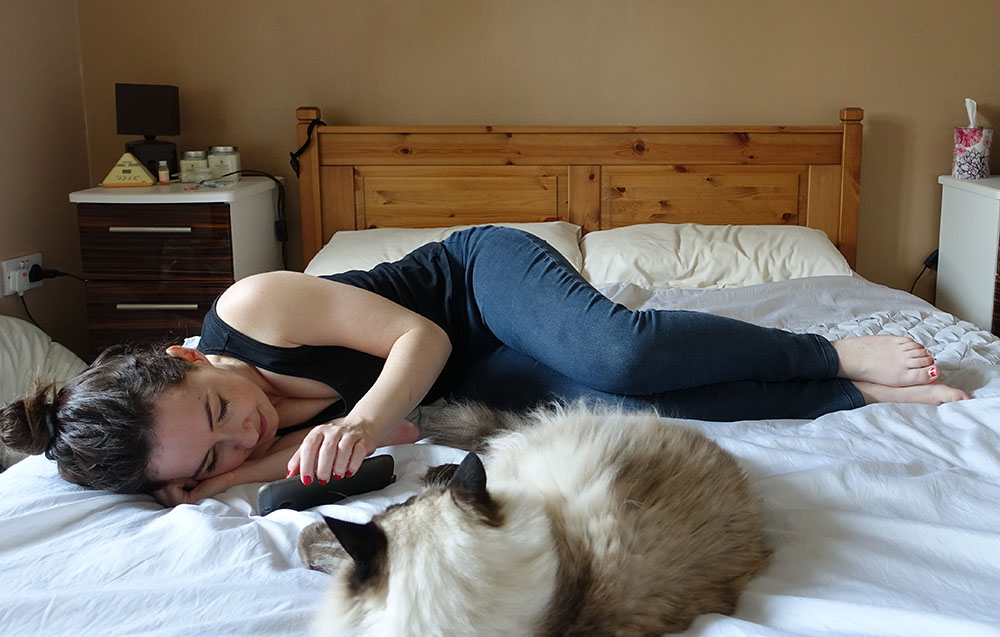 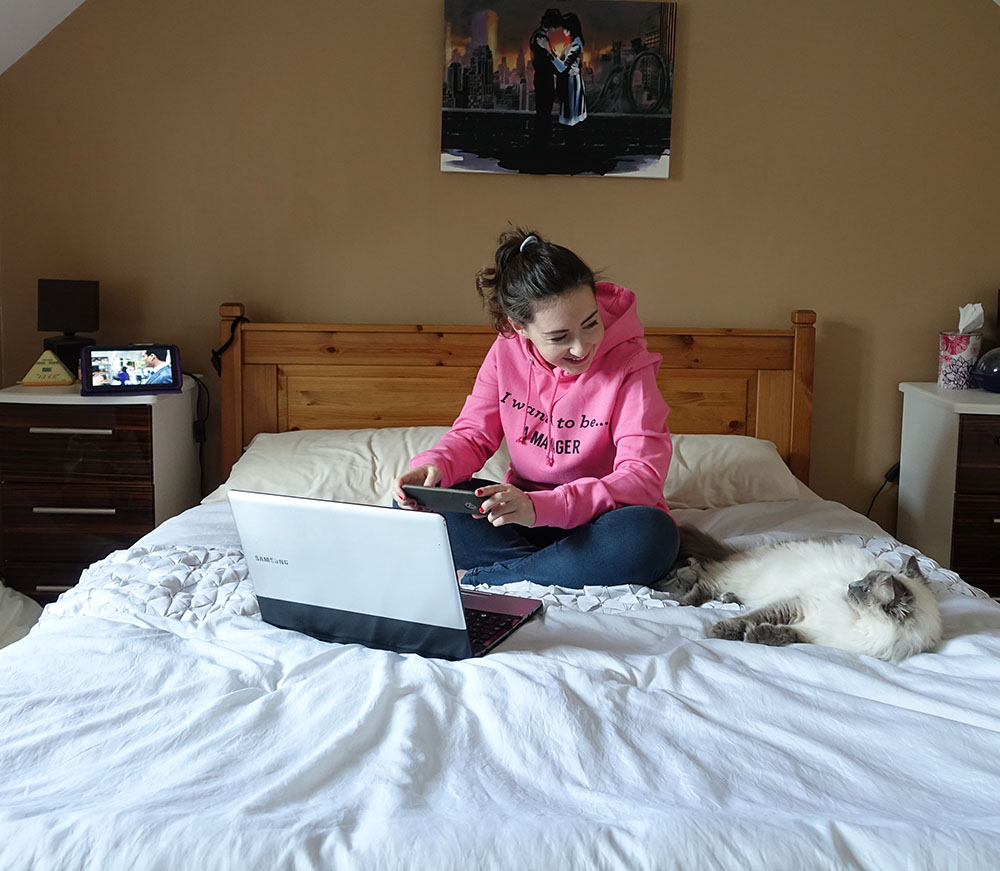 Sookie has even taken to climbing halfway onto my lap which is previously unheard of. The only problem is that having been deemed worthy of this I don’t dare to move a muscle, which immediately makes my brain tell my body that I need to fidget, or worse, go to the loo. This is the price that cat owners have to pay I suppose!

Whilst I loved my old camera, I decided it was time to upgrade to one that had wifi and a flip out screen. I was really tempted by all the buzz around the Olympus Pen which seems to be the bloggers must have kit right now, but then I realised that there was an upgrade to my camera: the Sony DSC-RX100 III M3. It’s worth shopping around, as I bought mine from a Camera Shop on Amazon for about £250 less than the rrp.

I’m loving it! Having instant access on my phone to all of the photos I’ve just taken is amazing and my instagram feed is much improved because of it – no more blurry shots from me and I still have a camera that fits in a corner of my bag. (For those who know about cameras, it also has an aperture range of f1.8 to f11 which I think takes some beating!) 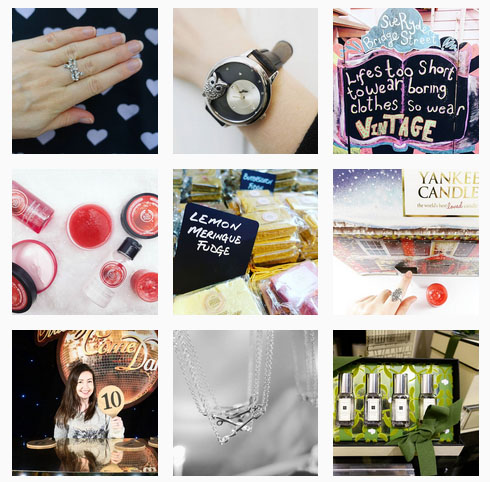 I won a scarf from Ivy-Joan (well £10 towards it anyway!). It’s super soft and chunky and was my saviour from the bitter winds during my recent trip to the Hyde Park Winter Wonderland. It does leave fluff all over my black coat, but I’ll forgive it for it’s luscious warmth! 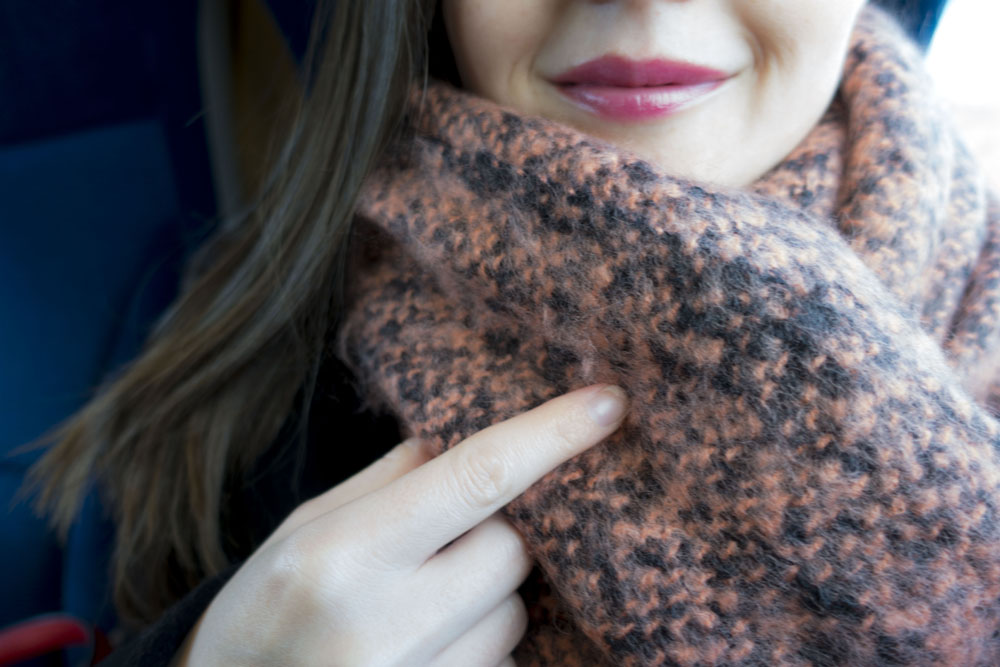 Usually waiting for a late train is pretty miserable but on Saturday there was a pop up Christmas Market inside the station. I ended up treating myself to this beautiful ring. It’s from a shop in Peterborough called Tahlia’s Closet which I never even knew existed but I’m glad to have discovered. This is why I love pop ups! 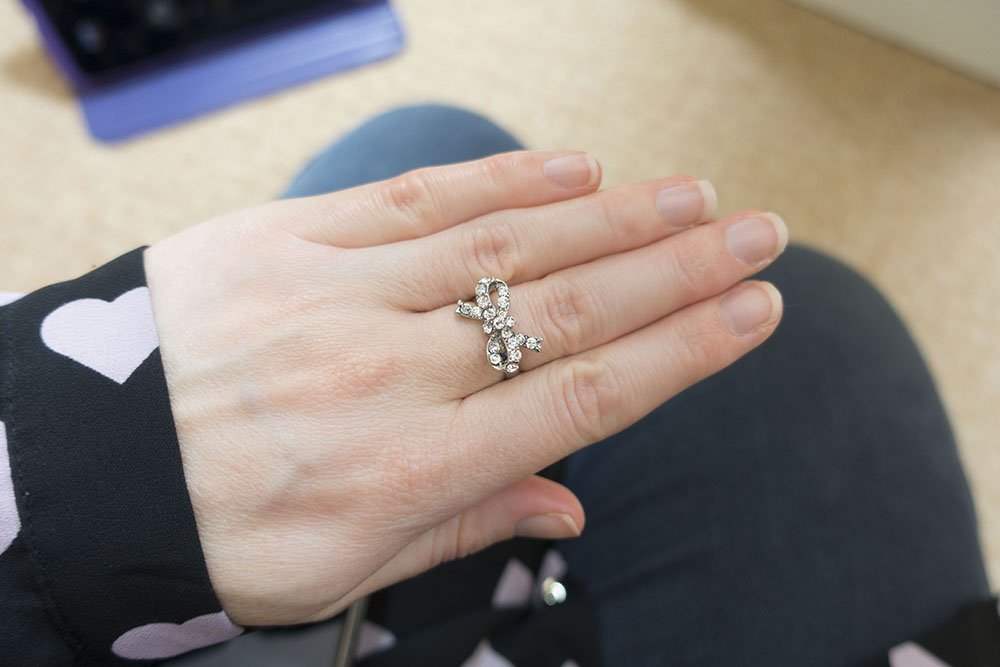 I totally didn’t need another ring after buying the one from the JewelleryBox Pop Up the other week, but it’s sparkly and it was only £10 and it’s a bow… what’s a girl to do?

Also, how cute are these Alice in Wonderland themed bits that I found at the art shop? If you follow my instagram feed keep an eye out in the next week or so and see if you can spot what I picked up! 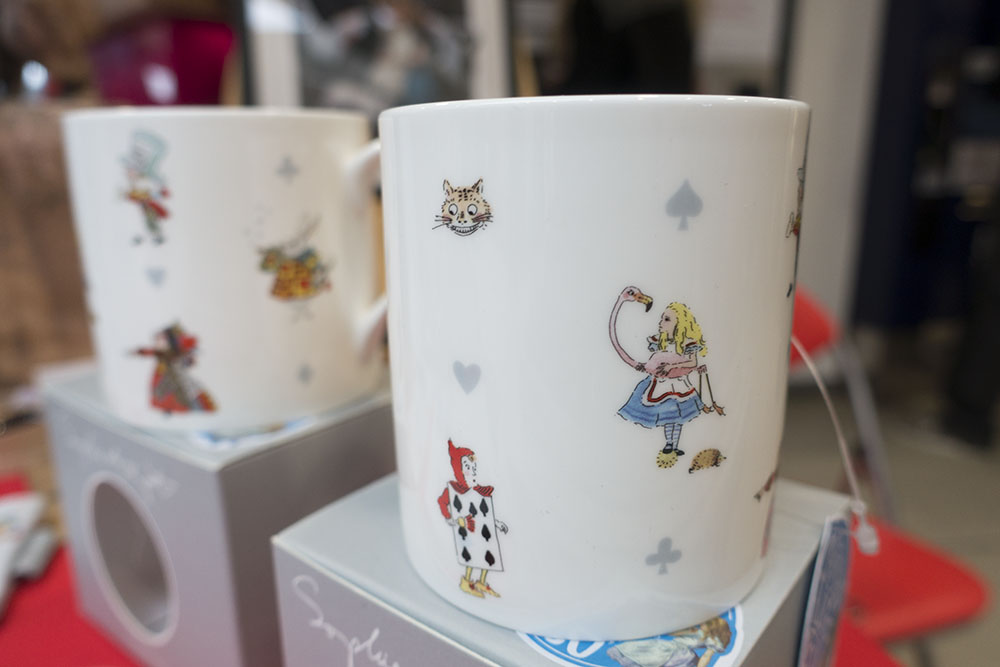 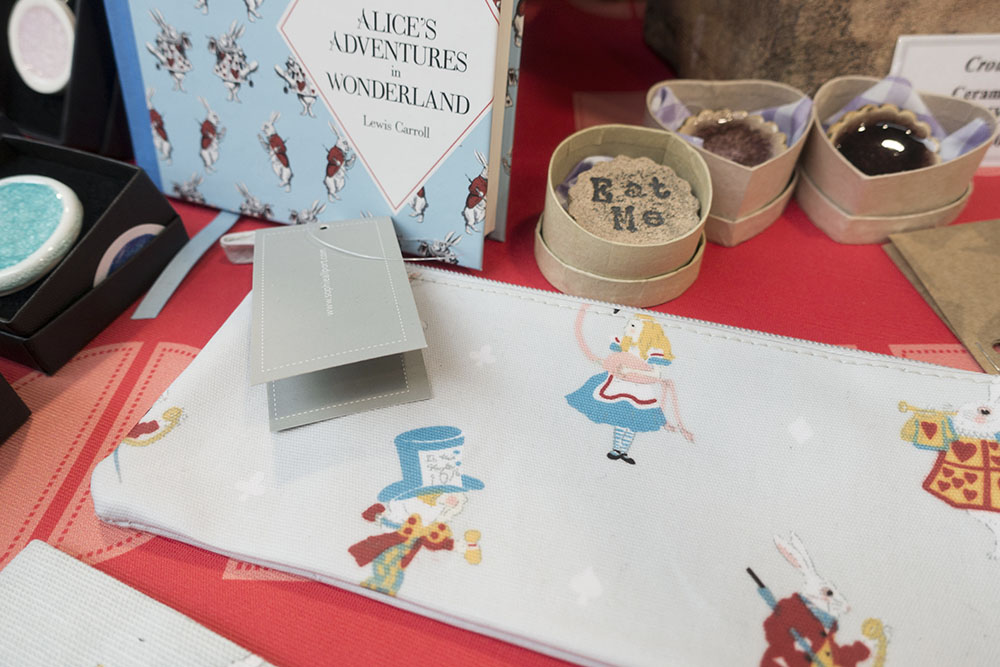 Months and months ago I was sent a little tasting kit of Rock and Rose Gin* to try. It arrived beautifully packaged with a sprig of Scottish rosemary and a really cute little note. 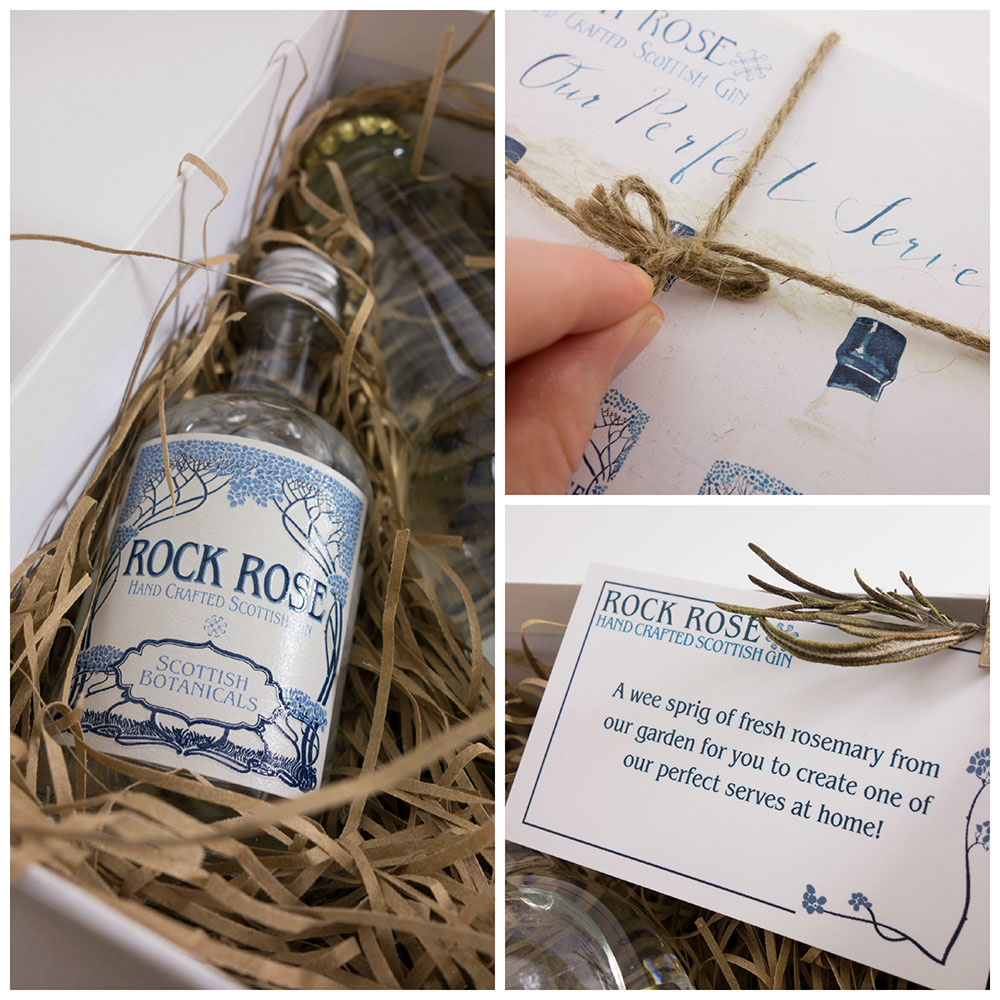 Since I’m usually writing in the evenings it took me ages to get around to drinking it, but finally after a particularly long week at work I decided to reward myself with my first ever G&T. Unfortunately it turns out that I really don’t like them! The gin itself was lovely, but tonic water is not for me. I did discover that I’m partial to a Gin and Lemonade however!

Thanks Rock and Rose for introducing me to a new tipple and I’m sorry for being such a heathen and mixing it with lemonade. Ron Bergundy would be proud: ‘Stay Classy Laura!’

I also found N’s secret stash of chocolate. He really needs to hide it better…! 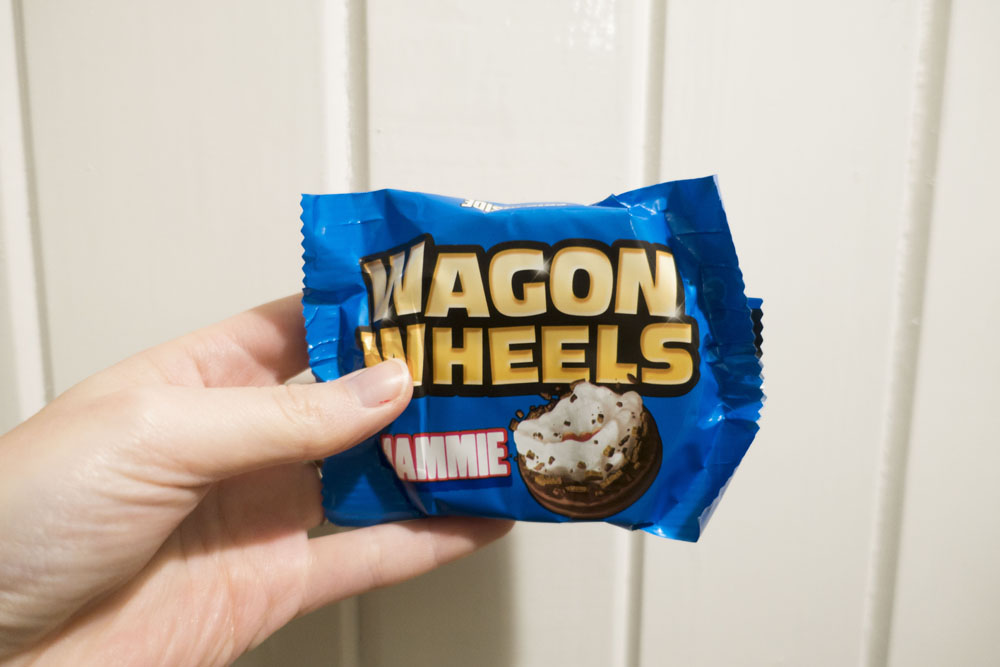 He also had Dime Bars and Caramacs.
Note that I say ‘had’.

What’s been making you smile recently?