Hyde Park Winter Wonderland | Things To Do In London 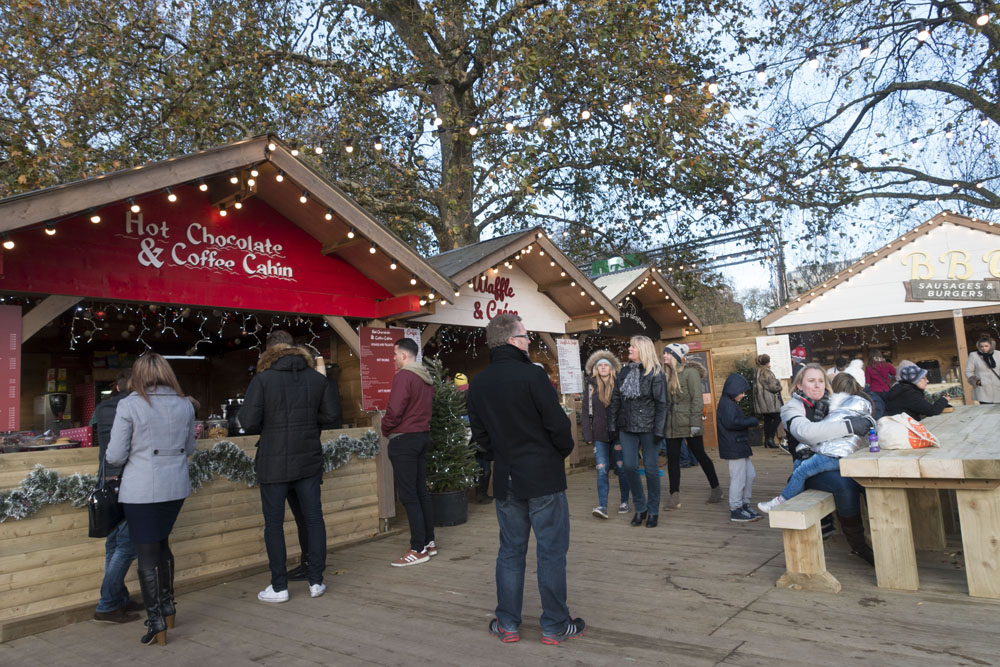 On Saturday I wrapped up in my cosiest coat, scarf and gloves for the first time this season. The temperature had dropped overnight and lucky Londoners even enjoyed the gentlest dusting of snow that morning. It all seemed very fitting since I was due to visit Hyde Park’s Winter Wonderland that afternoon with Fran, Rebecca and Isabelle.

If I was excited about the prospect of my first trip to the Winter Wonderland beforehand, this was surpassed by sheer unadulterated glee as we made our way inside the gates. The fact that it was only November 21st was all but forgotten since all around buildings were adorned in fairy lights, Christmas Trees twinkled and  ‘snow’ covered chalets. A cacophony of Christmas Carols and Songs competed to be heard as we passed by. By the time I heard Mariah Carey belting out “All I Want For Christmas” I was dancing and singing along: “Ooooo-ee-ooo Ba-By!”

A moose head serenaded us as we walked past, giving us all a fit of the giggles. 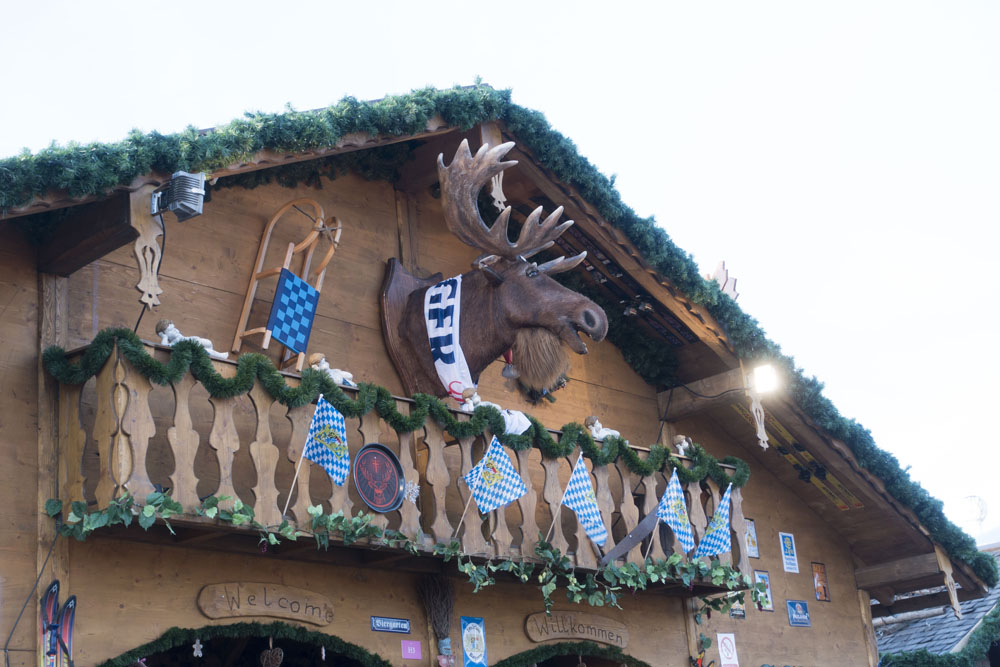 Scents of cinnamon, hot chocolate and mulled wine wafted under my nose as we passed by Christmas Market stalls. I eventually gave in and ordered a nutella and strawberry crepe which was delicious and frightfully messy to eat! 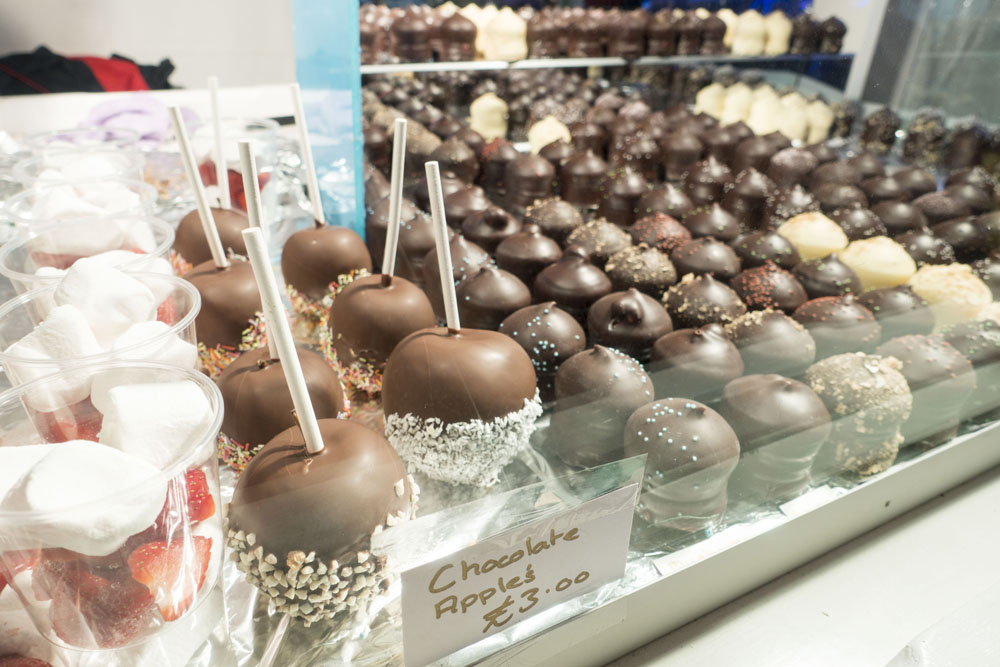 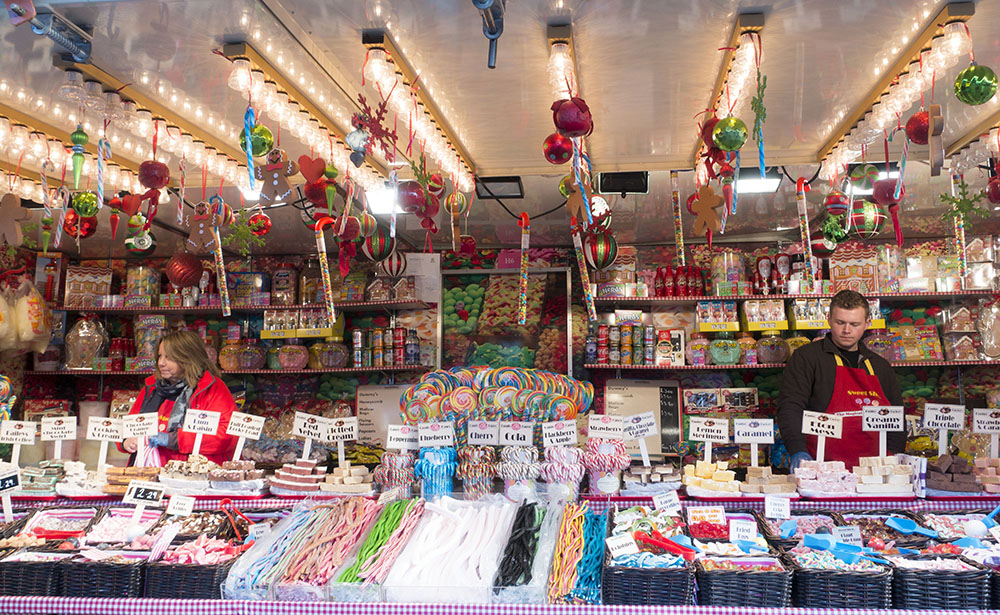 Amongst all the Christmas cheer were plenty of fairground attractions. Some had a Christmas theme but a lot seemed to be more in keeping with Halloween.

There was a huge Haunted Mansion Ghost Train filled with gruesome characters like this chap. I’m not sure he appreciated my belly humour! 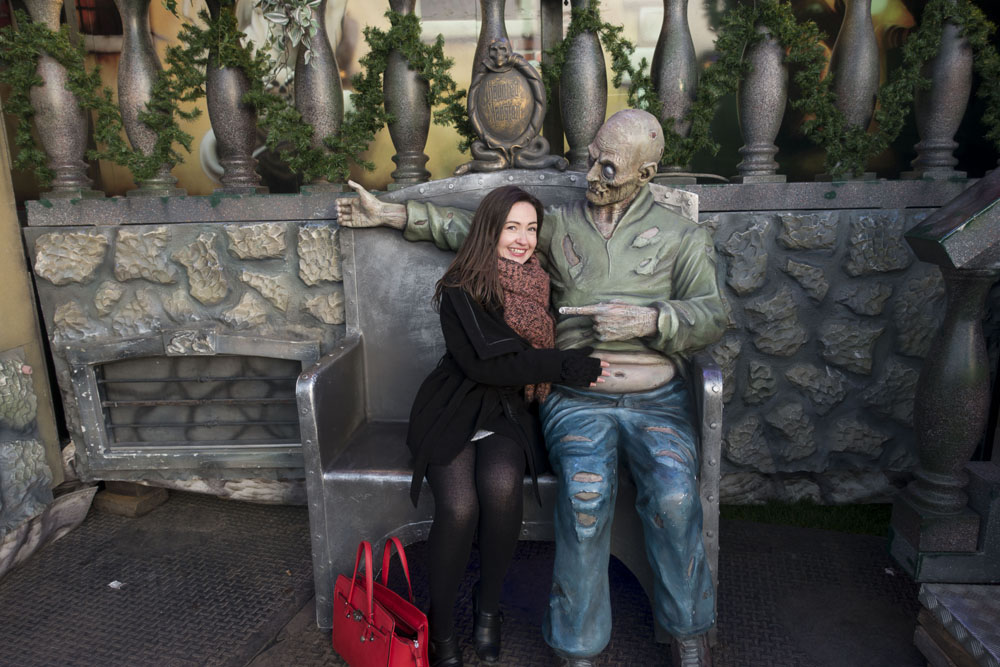 There were also some seriously scary looking rides for the thrillseekers. I am certainly NOT a thrillseeker – I can just about stomach the Waltzers and that’s my limit. The delighted screams told me that some nutters were having fun up there though! 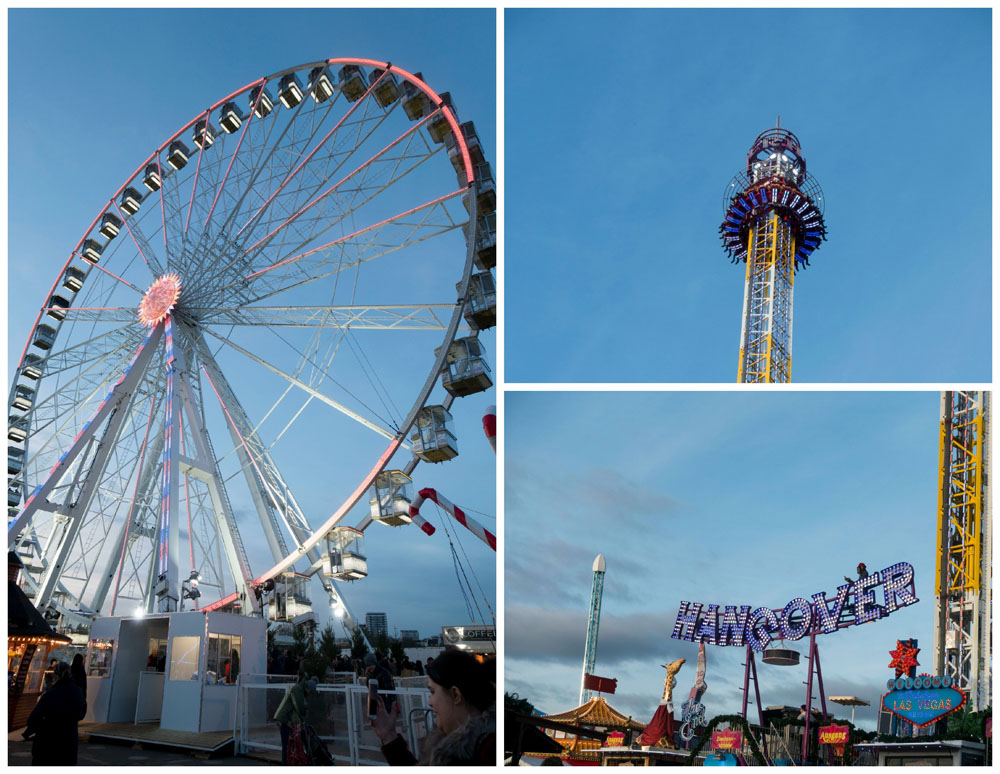 Fran and I watched as Bec ‘scoped’ our day out on Periscope for her loyal Boop Troop army of fans around the globe! 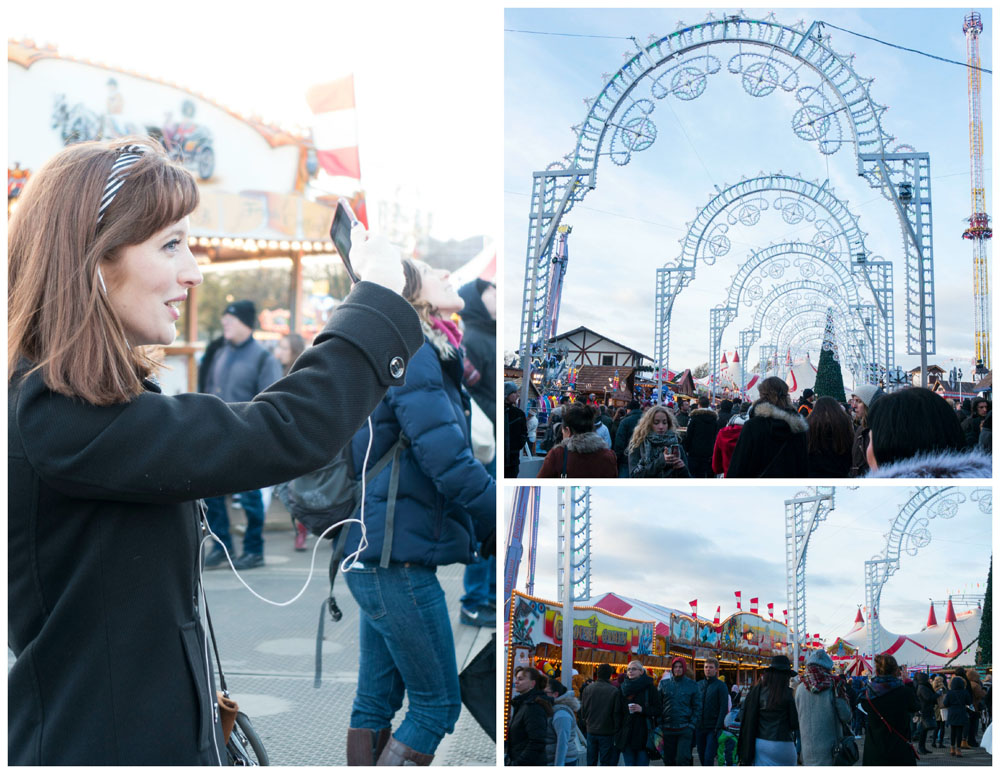 The only ride that I was tempted to go on was the dodgems – who doesn’t love a giant penguin-mobile? 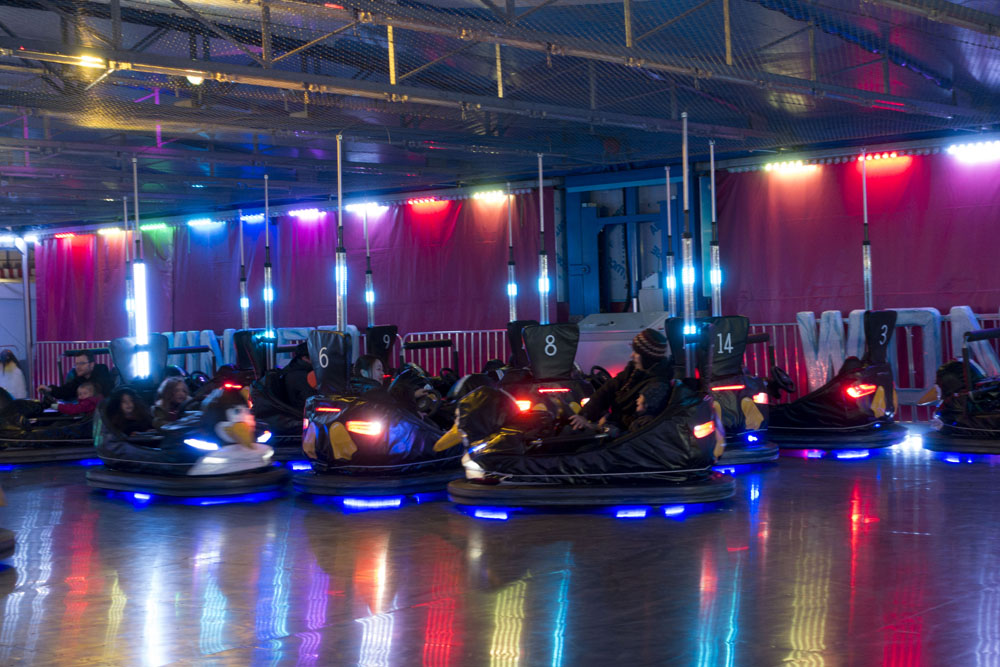 The cold started to nip at our fingers and toes and my nose turned Rudolph red. When we spotted Mr Fogg’s Cocktail Bar we dived inside to defrost with a Hot Toddy (spiced rum and cinnamon).  It was a very warming drink but almost cloyingly sweet and I couldn’t finish it. Next time I’d opt for mulled wine instead! The bar itself was quintessentially British with birdcages and top hats as light fittings and Dickensian portraits hanging on the walls. 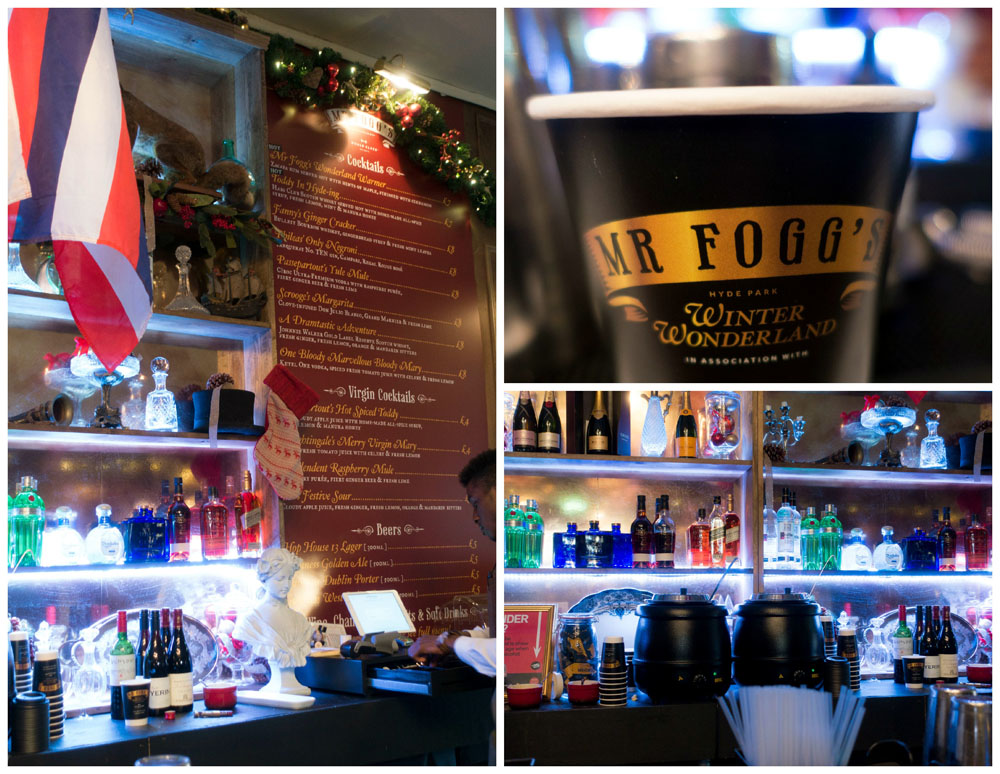 Things became even more magical as the sun went down and the bright lights began to glow. 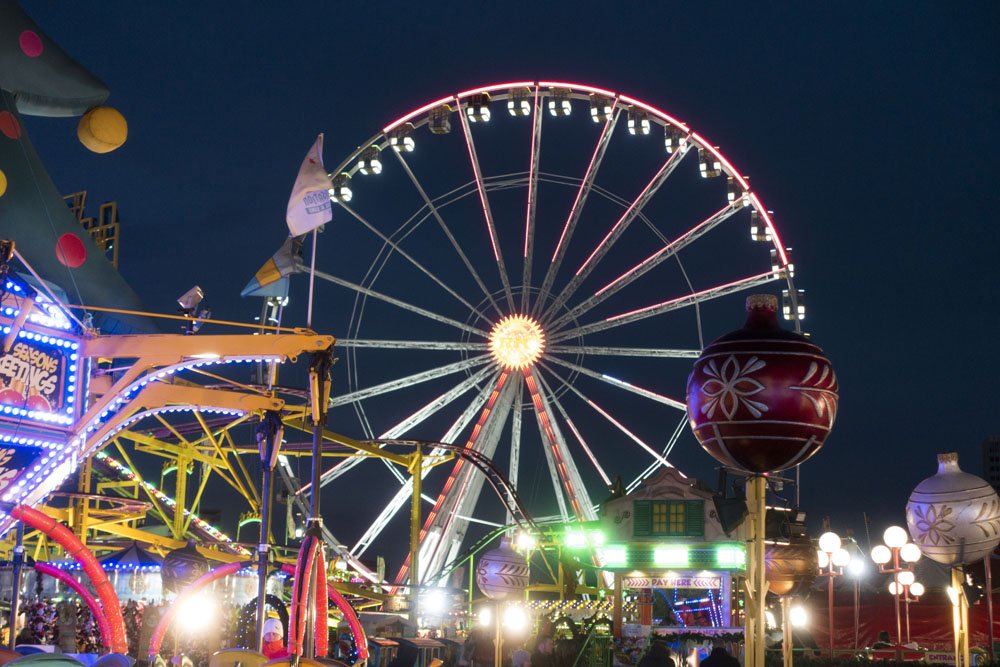 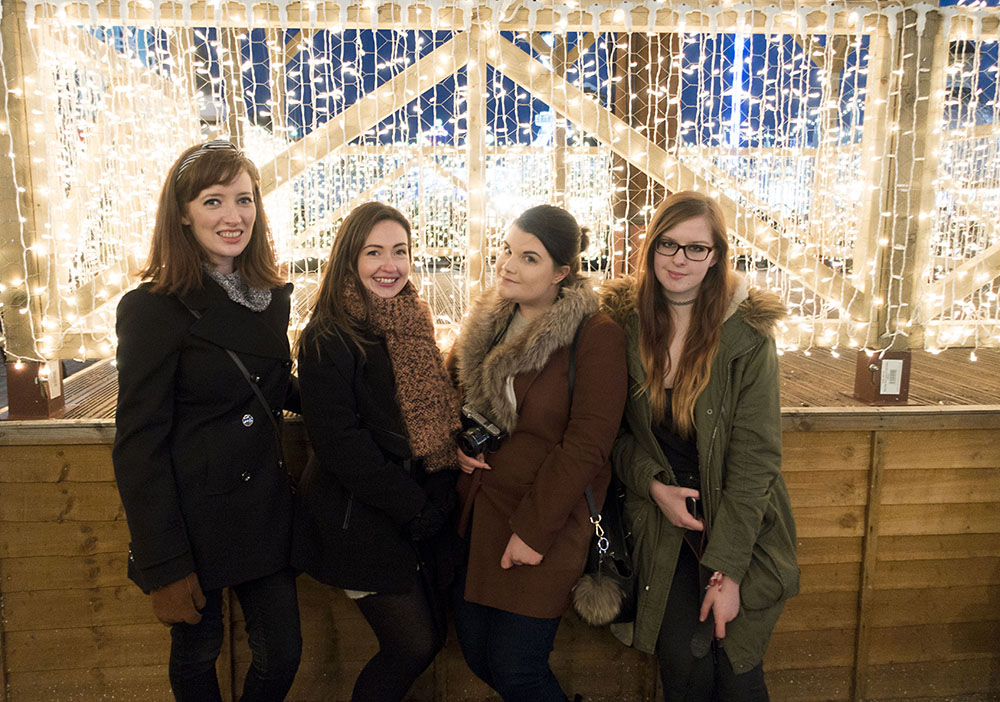 The Winter Wonderland was lovely and quiet which I hadn’t expected on a Saturday, but it’s due to get considerably busier in the run up to Christmas. Visiting on weekdays and earlier in the day is recommended if you don’t like crowds.

It also turns out that although the Winter Wonderland is free entry, once inside it isn’t cheap if you want to do things! Most rides and arcade style games are priced at between 3 and 5 pounds so I can imagine a family day out here could get expensive very quickly. You can buy tickets for the main attractions too (Ice Skating, a Circus show and an Ice Bar to name a few) but we were quite happy to just stroll around and take in all the free sights for a few hours – perfect for an afternoon out with the girls!

Have you been to the Winter Wonderland? What gets you in the festive spirit?