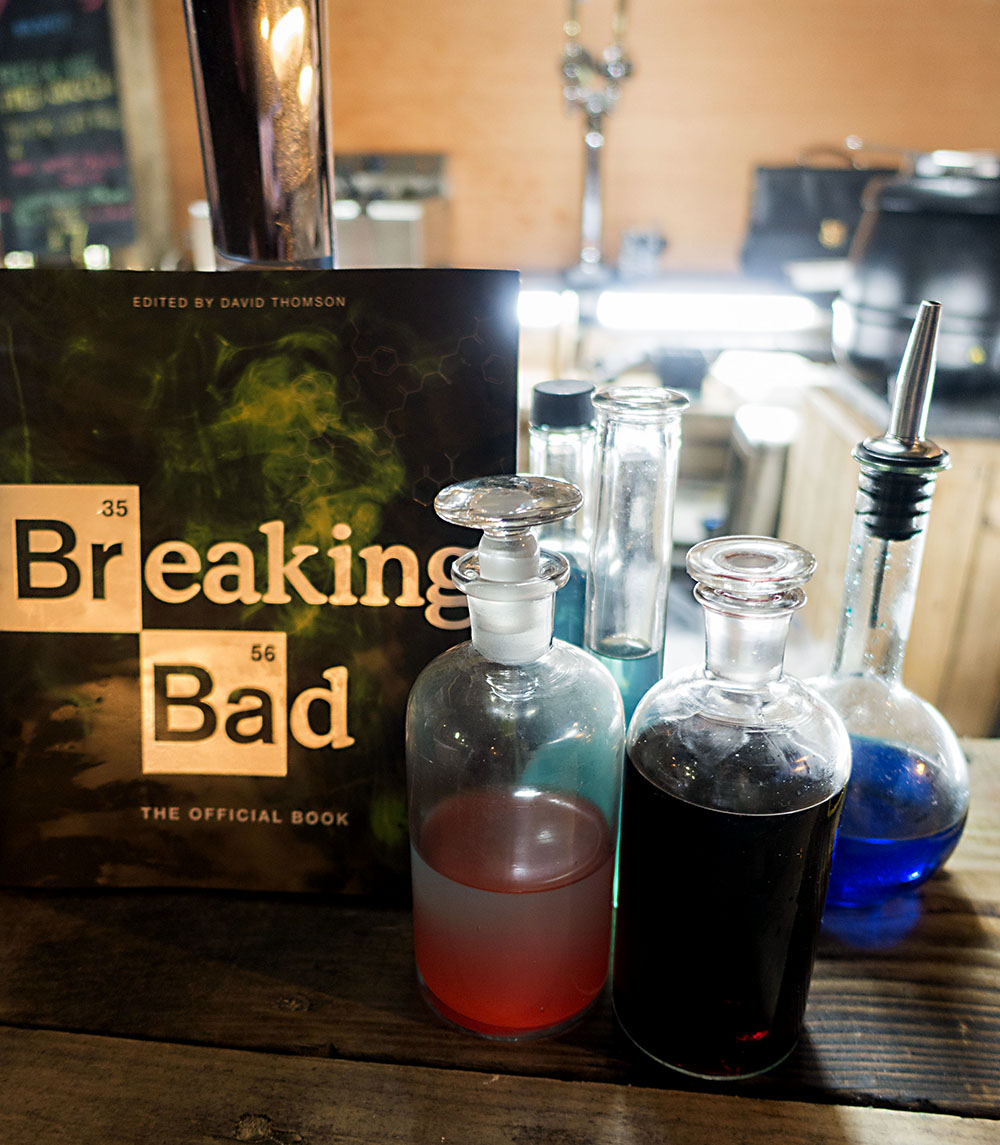 Whilst I’m often found hopping on the train to the big cities at the weekend, N tends to stay at home. He much prefers the quiet life: gaming, watching movies and catching up on his favourite TV shows. Every so often though I find something that persuades him to put the controller down and hop on a train with me. This weekend was one of those times. Together we headed to Hackney Wick for ABQ London’s Breaking Bad inspired pop-up cocktail bar.

If, like me, you’re a fan of the show and have a taste for cocktails, then you’ll more than likely find this incredibly fun. Just remember to keep your tongue firmly in cheek! For 2 hours you get to ‘cook’ cocktails in an RV (recreational vehicle) that looks like it’s driven straight off the Breaking Bad set all the way from Albuquerque. 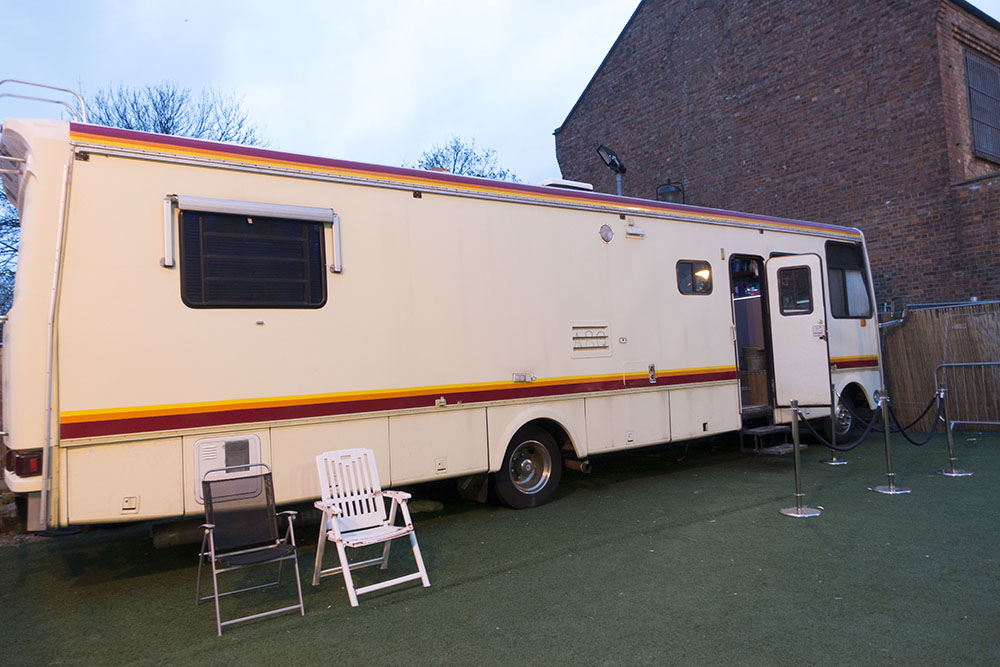 The experience started a week after I registered for the ticket waiting list, when I received an email announcing “Time to cook Bitches!”

It took me a minute to realise that it was NOT an incredibly rude piece of spam that had managed to get through my junk filter, it was in fact a Jesse Pinkman style notification that I had a four hour window to book tickets. Further emails confirming all the details were suitably worded!

On the day we arrived at the location in Hackney Wick and were greeted by Dimitri, a dude in a yellow Hazmat Suit who yelled “Over here bitches!” at us before sauntering back to the outdoor canopied bar to rustle up some cocktails. All around the bar were references to Breaking Bad episodes and we had some fun recalling the episodes they came from. 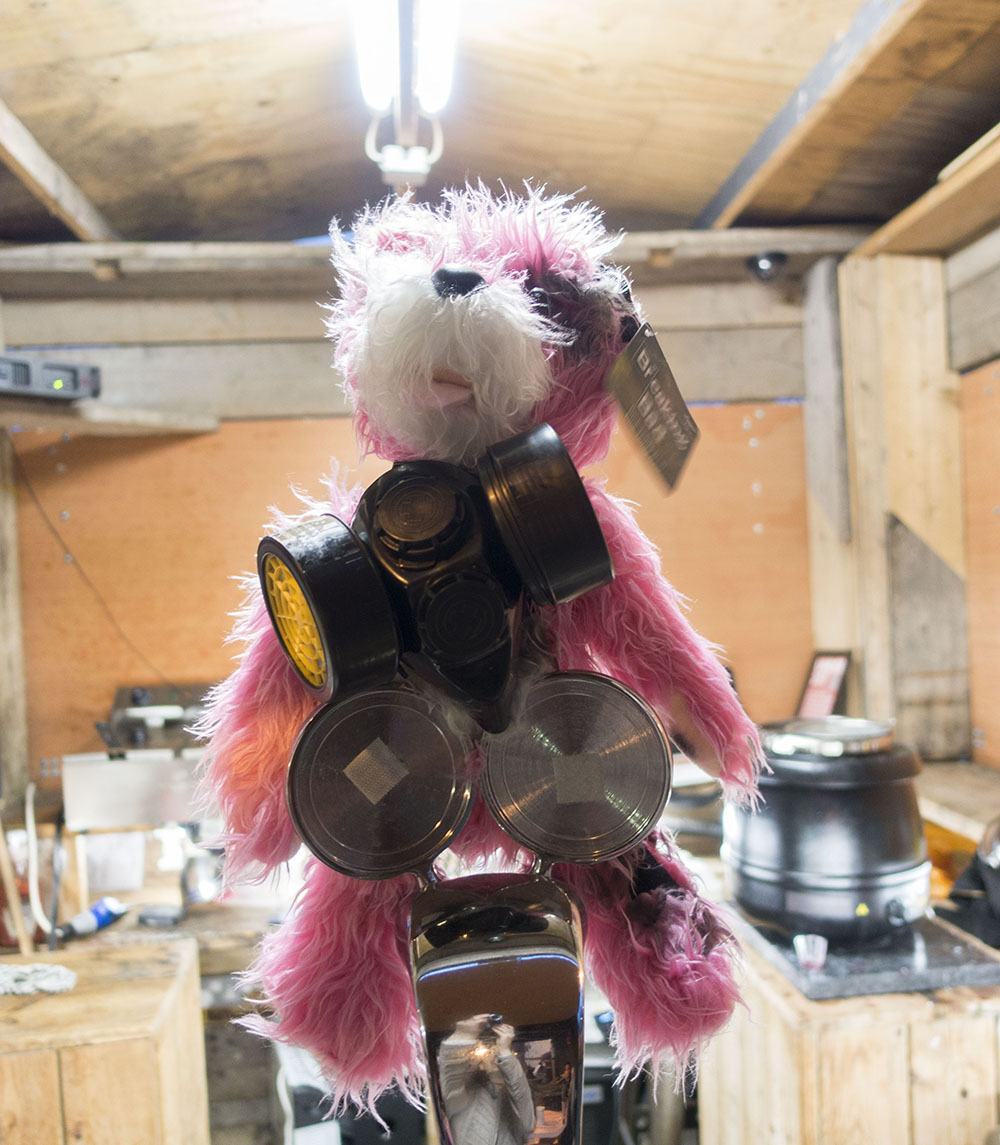 N ordered a cocktail called ‘Say My Name’ which prompted a rather confusing exchange with the bartender which went something like this:

Despite the confusion, the cocktails were rather delicious. 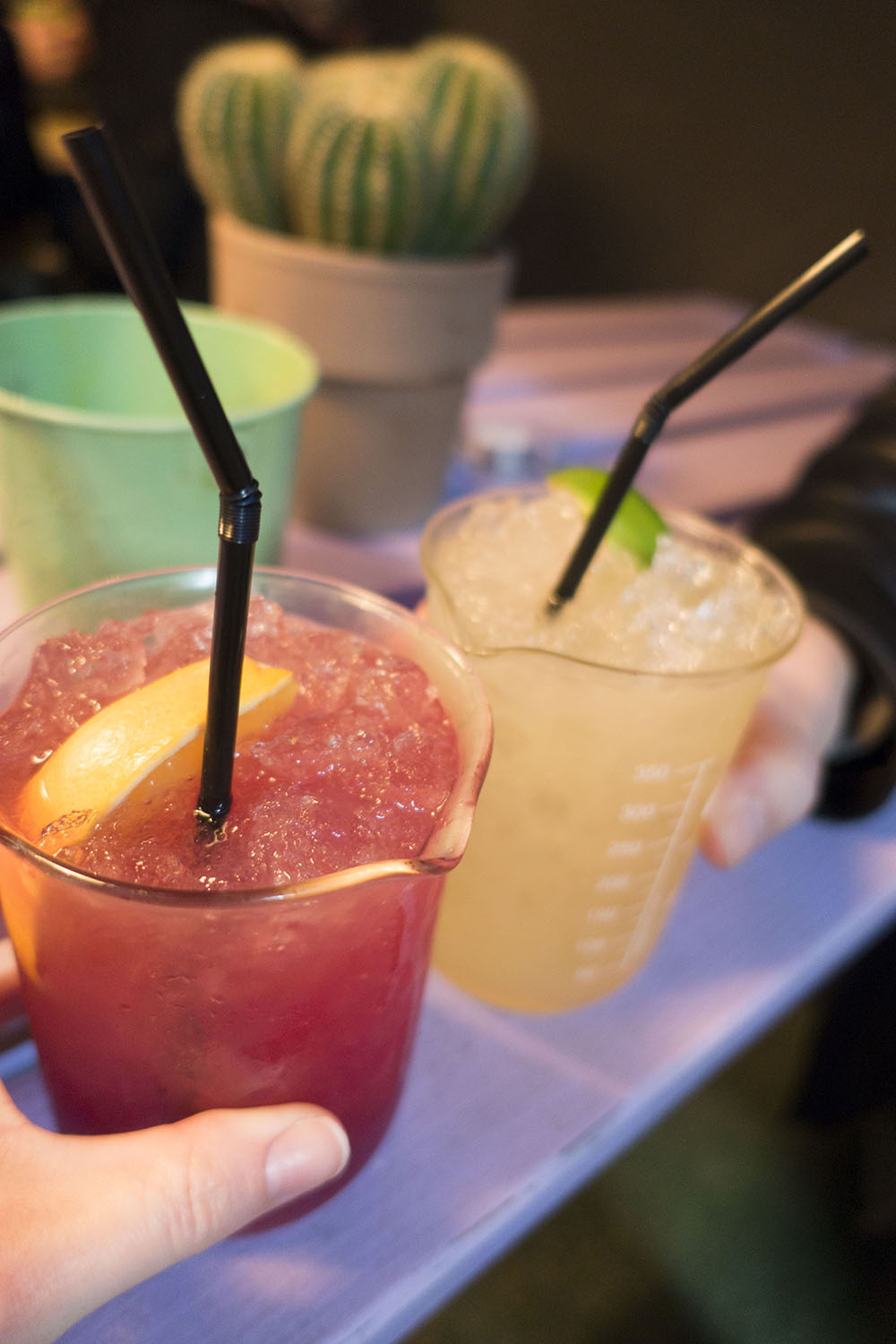 Inside the dimly lit RV we found all the paraphanalia to cook up an, ahem, cocktail. Test tubes, beakers, petri dishes… 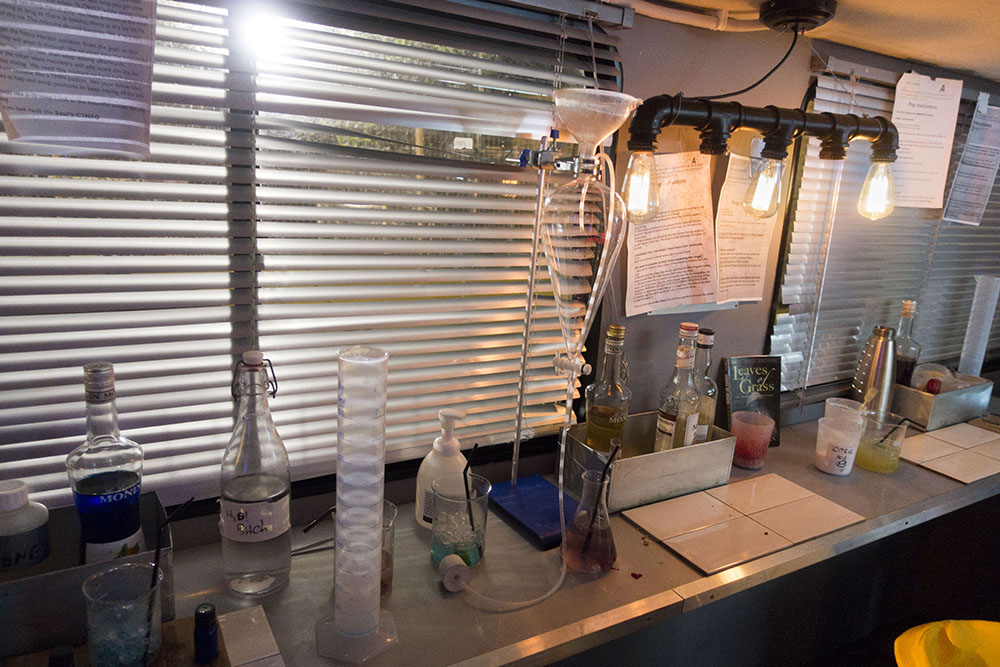 …and instructions pinned to the wall just like in the show. 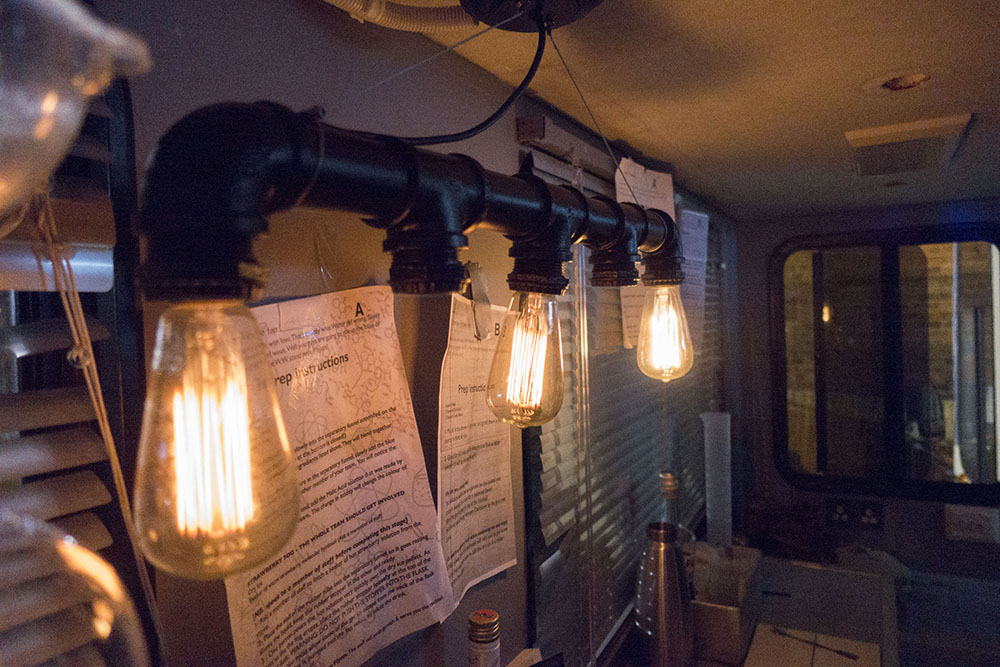 We were split into teams and formed a production line with each pair assigned a component of the cocktail.

We got to work mixing up the ingredients… 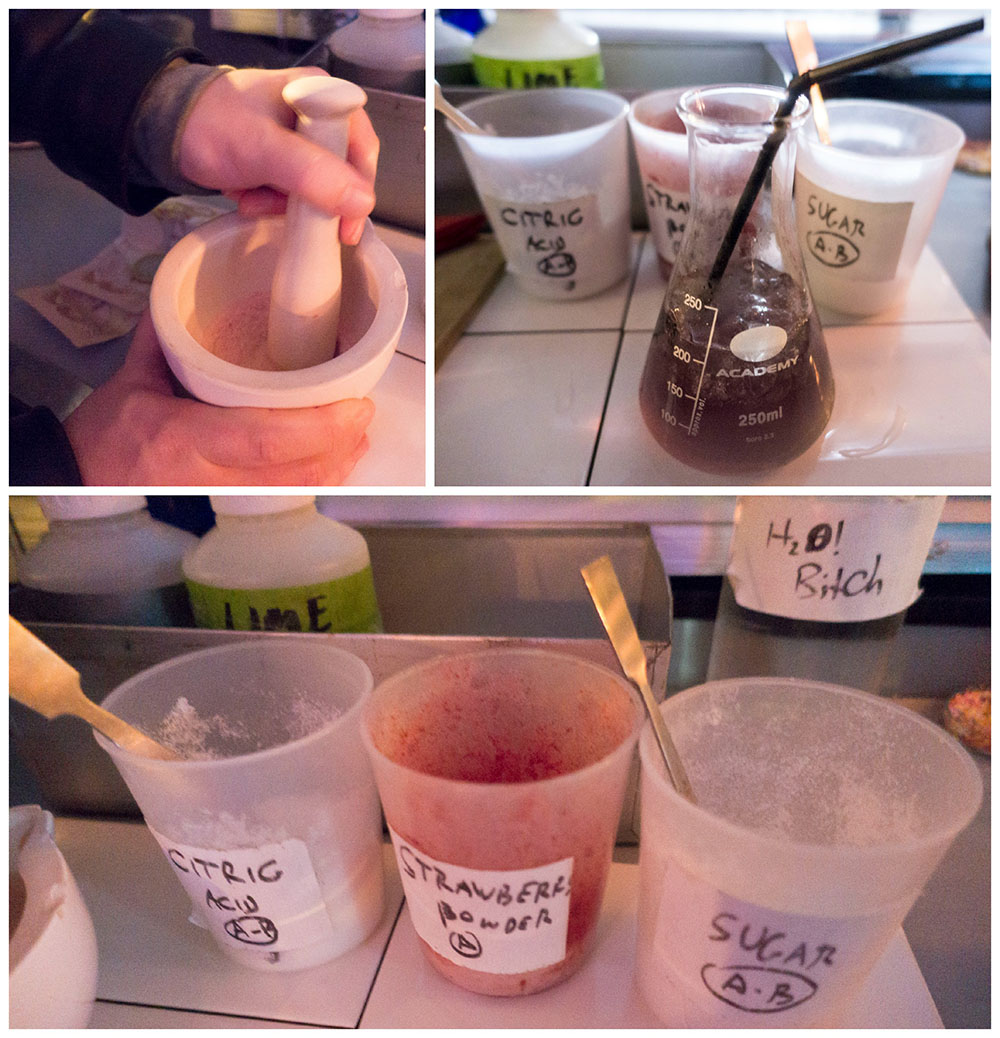 …then came the best part – dry ice! You have to wear a glove to handle it as it’s so dangerously cold… 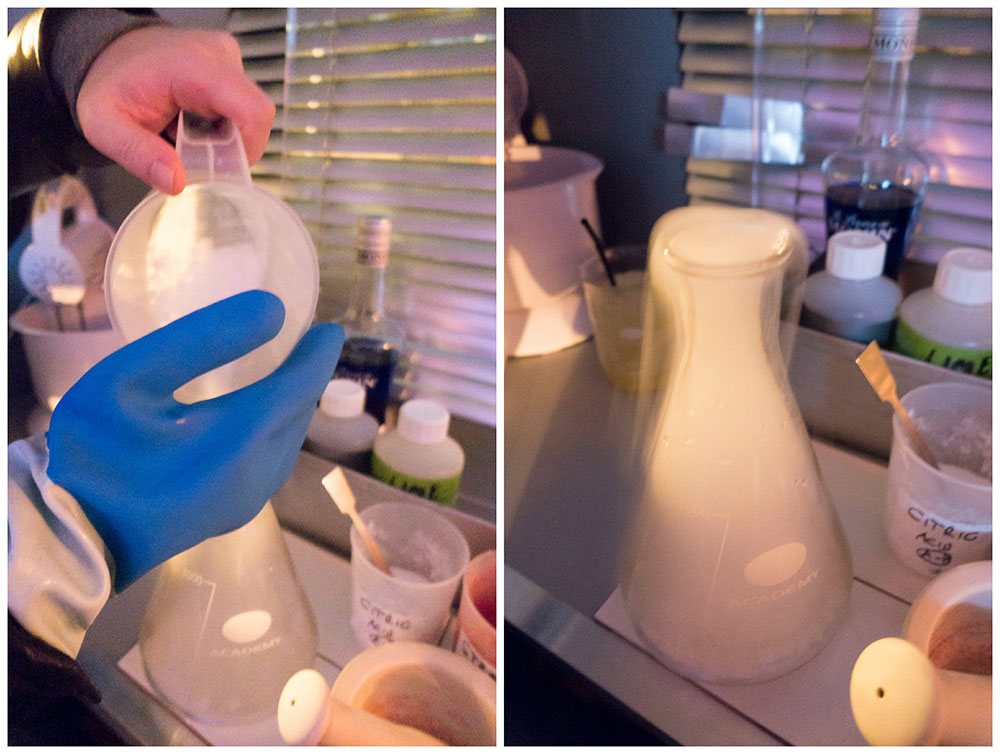 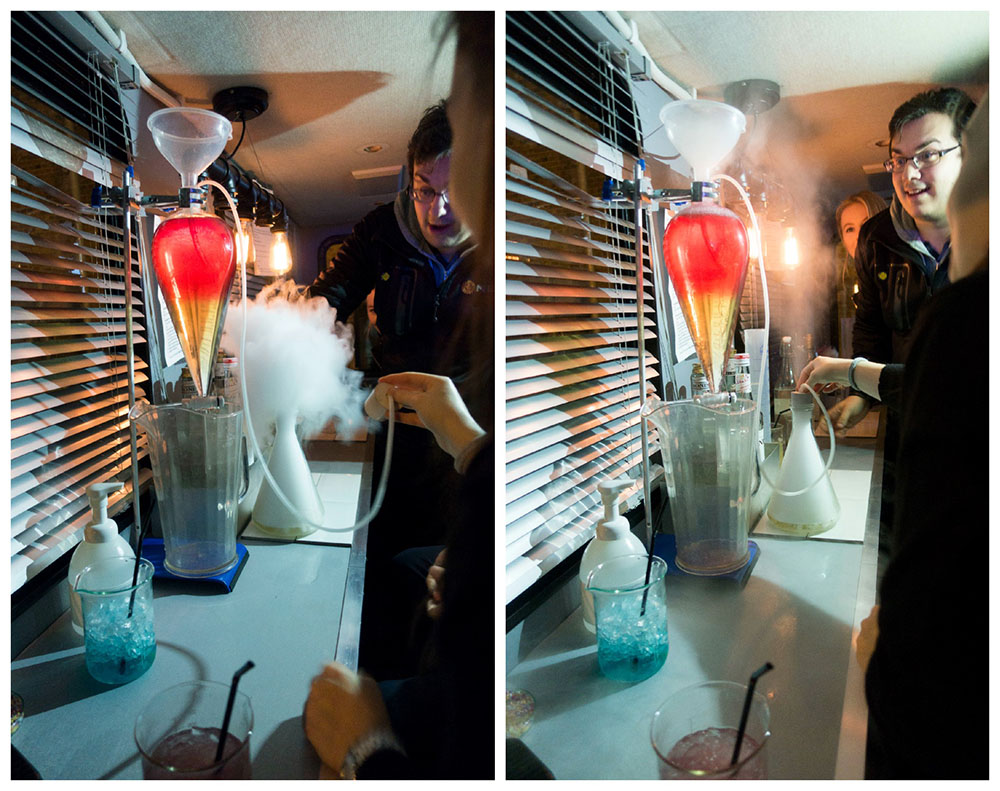 After lots of oohing, aahing and giggling we were the proud creators of two highly scientific but very tasty cocktails. Despite not really having a clue what we were doing and getting rather more jolly as the cocktail making went on, our team were judged to have made the best tasting cocktails on the night and were rewarded with some free test tube shots for our efforts. 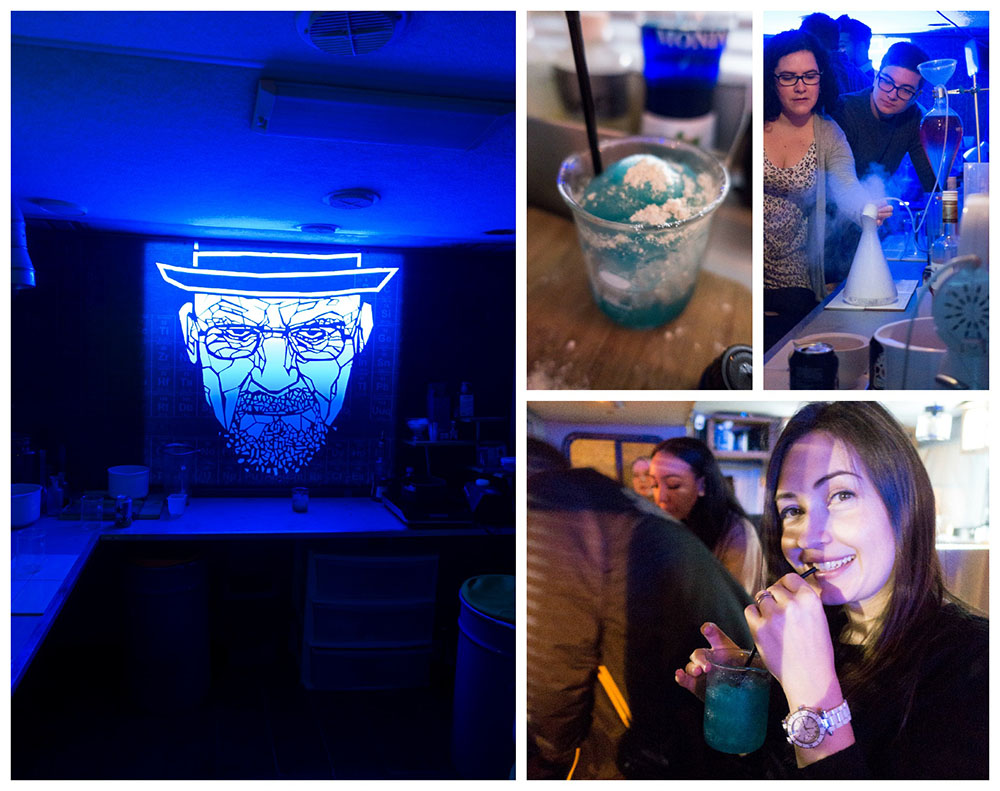 Priced at £30 for what basically boils down to two cocktails, the experience certainly isn’t cheap… but we had a LOT of fun in those two hours and it was highly interactive so for that reason I recommend it!

…these guys had a lot of fun too! 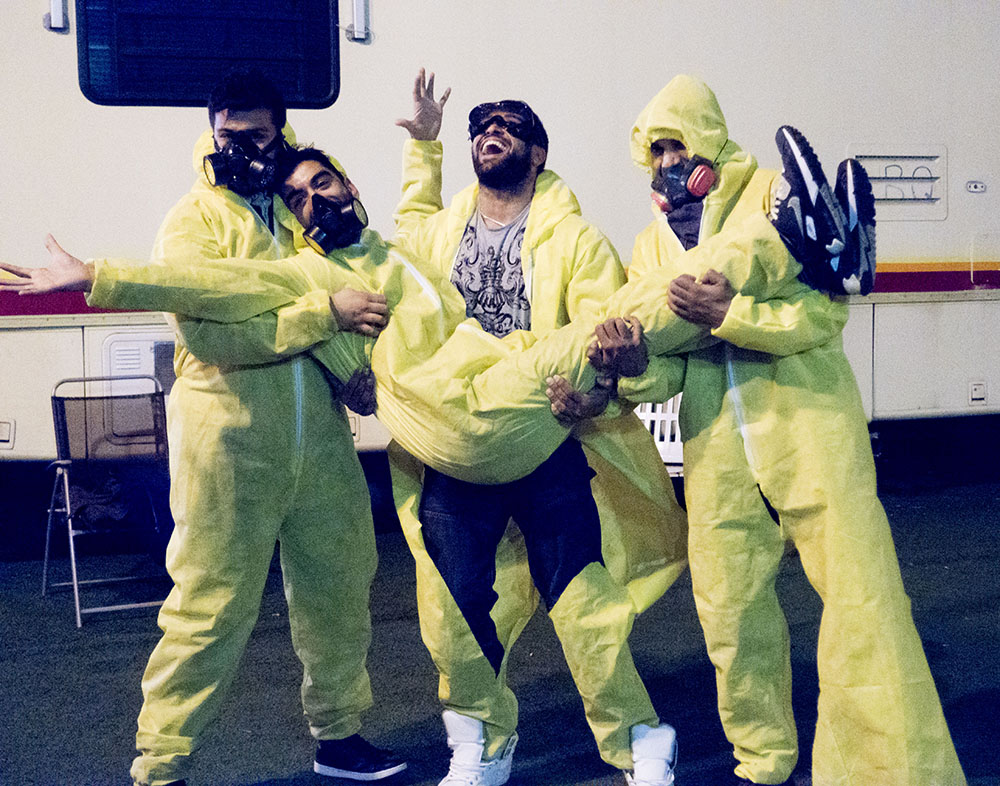 Venue: RV is located behind Cre8 bar, Hackney Wick E9
Nearest Tube: Hackney Wick (8 minute walk)
Pop Up Runs Until: Not stated, tickets are currently being made available on a weekly basis.

Are you a fan of Breaking Bad? Do you recognise any of the references from the show? Have you been to any quirky events recently that I should know about?