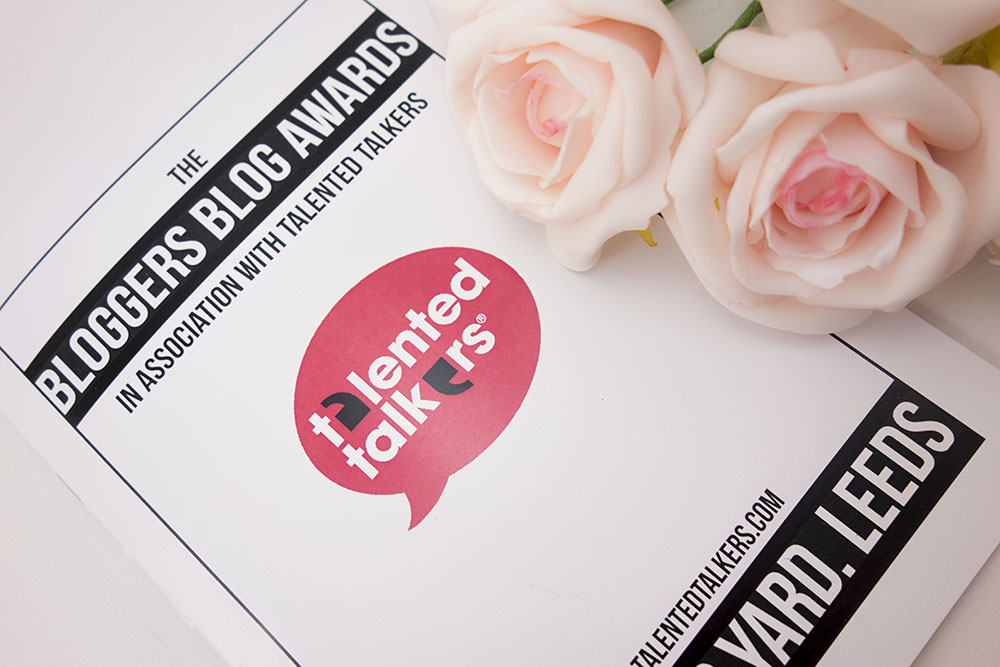 The Bloggers Blog Awards finally happened! I had been relatively calm in the run up to it once I’d got over my initial shock at being shortlised, but by Saturday morning I was a nervous wreck! It wasn’t the thought of winning as I had no expectations there, but the mounting pressure of meeting so many bloggers that I respect and adore.
Choosing an outfit that sent me into a proper meltdown and I ended up on a mad panic dash around Peterborough that Thursday night, desperately hunting for something worthy. It had to be dressy enough for an awards ceremony, but not too dressy that I couldn’t walk through Leeds in it at 3pm or have a drink in a pub later. I ended up buying a black leather shift dress from Warehouse. Groundbreaking Laura.


On awards day I met Hannah (HannahGale) at Peterborough train station and we popped open the Prosecco for the journey. I managed to pour it everywhere – never entrust that sort of thing to my butter fingers!

We arrived in Leeds and after meeting Angela on the platform we persuaded her to hang out with us at our hotel. This is where we found the rest of our ‘IBIS Hotel’ blogger group: Katy, Freya, Jordan, Vix, Becky and Charlotte. WHAT a group! Any remaining nerves instantly vanished as we all started excitedly squealing and chattering away.

We quickly got ready and headed off to the awards down the cobbled streets of Leeds. If I thought the excitement had reached fever pitch at the hotel, then walking into Lamberts Yard surpassed it tenfold. I spotted Lauren, Jemma (Dorkface) and more. Finally the North and South bloggers who had been talking for so long via blogs and on social media had united in one place and it was a very happy mayhem. Before long even I, awkward non hugger extraordinaire was hugging everyone in sight. 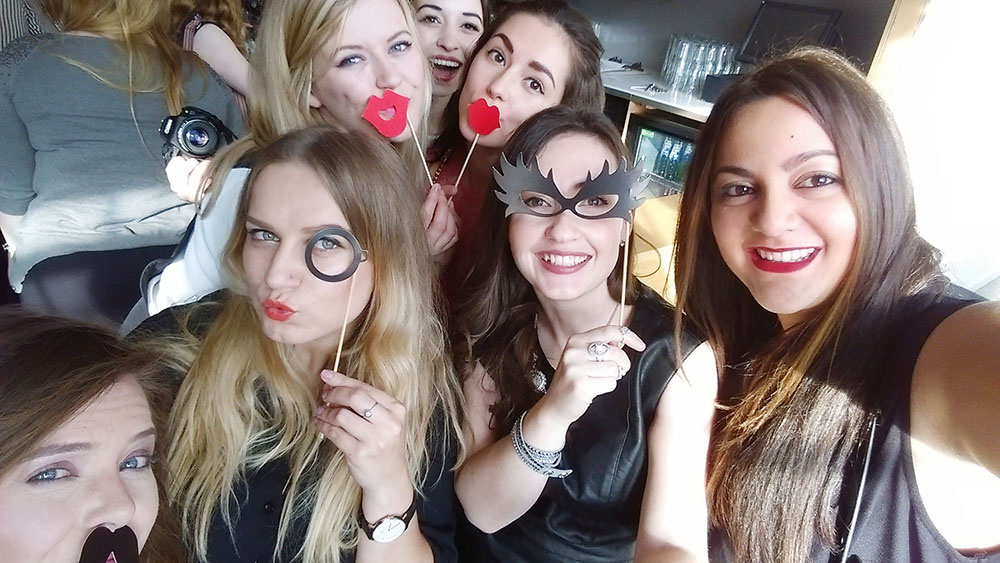 After selfies galore, we all sat down for the ceremony itself. Hayley did a fab job of presenting even though she was racked with nerves beforehand. We all whooped and cheered as the winners were announced. Hannah and Jordan won their categories and in mine Jemma took home the prize with Little Miss Katy highly commended. I didn’t feel at all disappointed because they both deserved it. 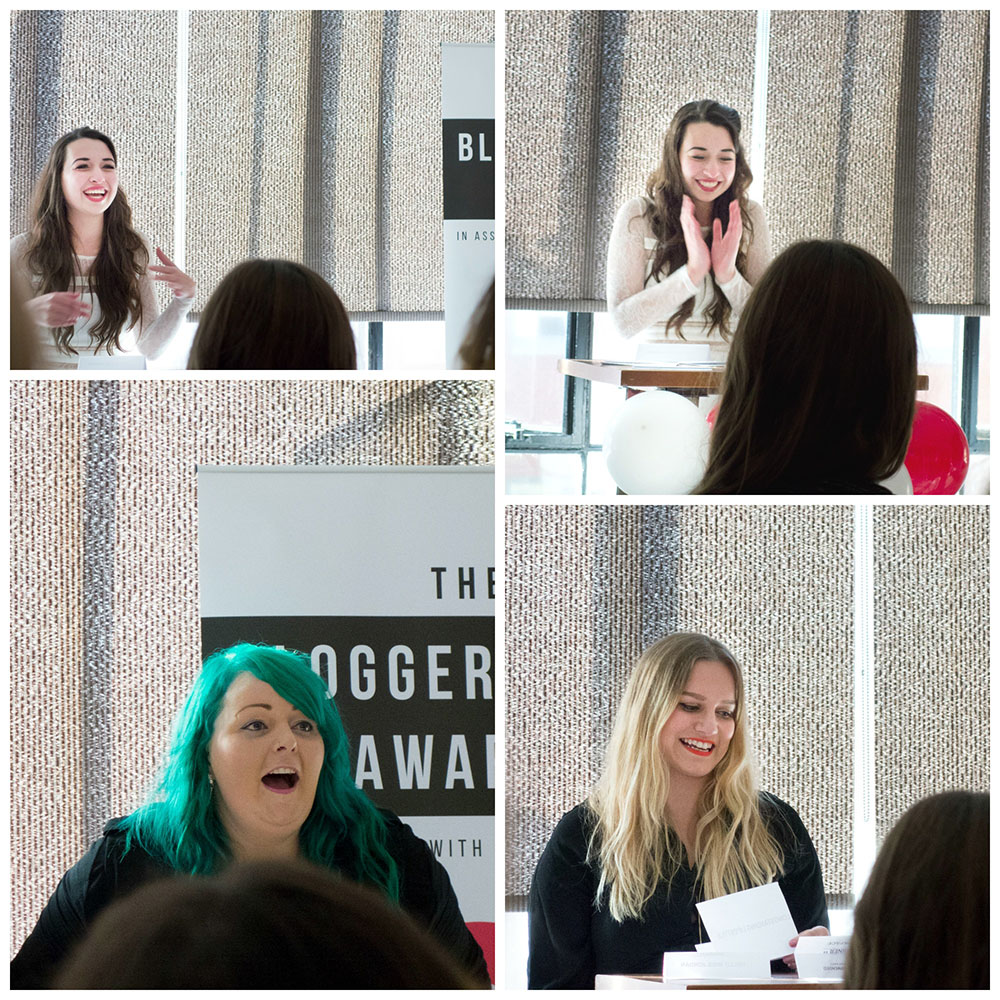 That was the thing about these awards. There was no competition going on amongst us, everyone was genuinely thrilled just to be there and experience the day. I know it sounds cheesy, but I felt like I’d won already for being in such an inspiring group. You couldn’t help but feel proud to be a part of it. 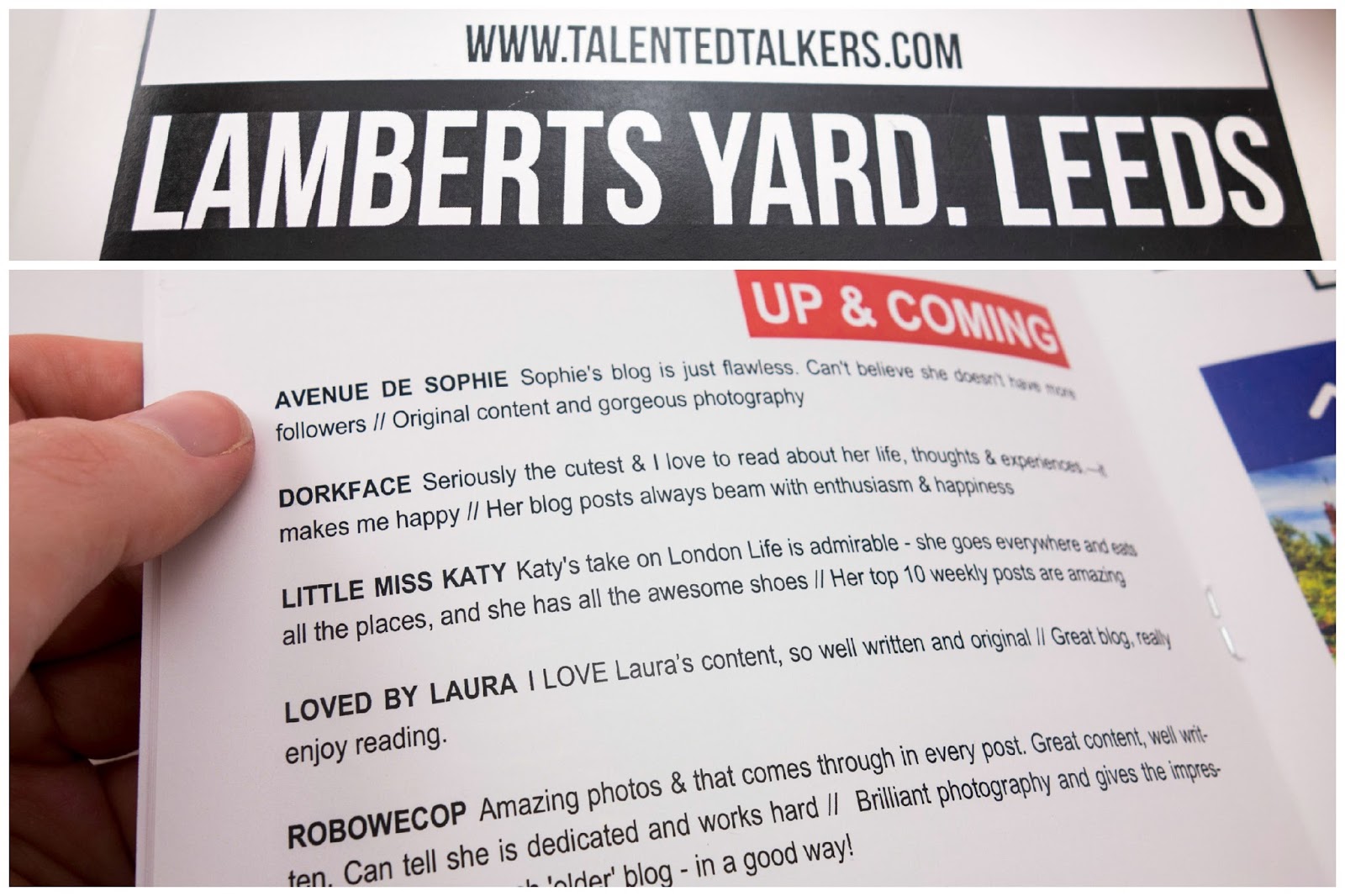 After the most impressive raffle I’ve ever seen, the awards were officially over, but we we couldn’t leave it there so we went across the road for pizza and drinks. 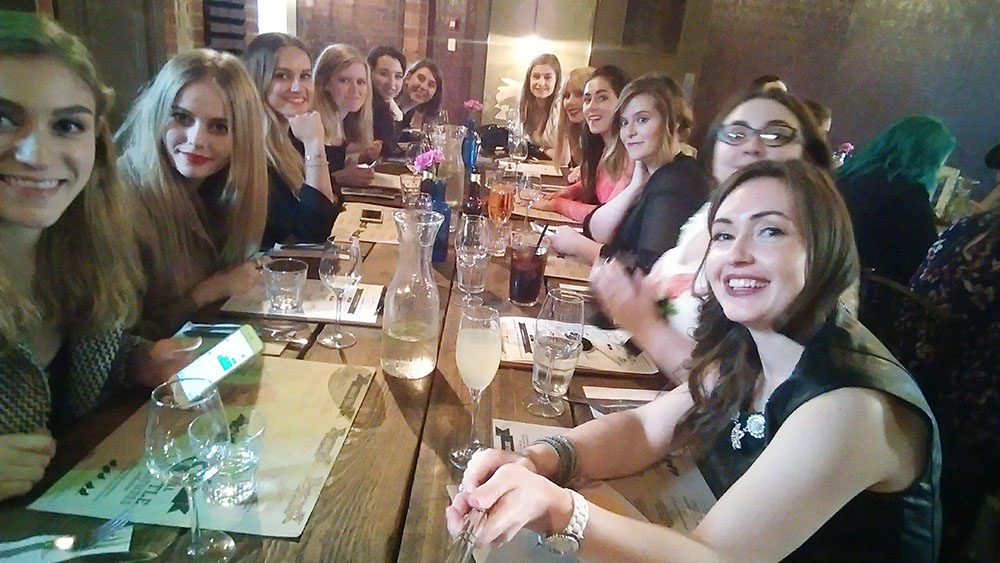 Being a party hard bunch, our hotel group decided at 8.30 that what we all REALLY wanted was to get into our pj’s. So that’s exactly what we did. We had a big sleepover style game of Cards Against Humanity, and even though we were all stone cold sober it was utterly hilarious. And shocking. Let’s just say I learned lots about my fellow bloggers! The following day Hannah and I were up early to catch our train back home but managed a cheeky Full English at Wetherspoons with Katy before we left. Because you need that to get you through a gruelling 90 minute train journey 😉

I can’t find enough superlatives to describe just how happy the trip was and how grateful I am to everyone involved in it. So whilst I didn’t win, I have a few people to thank anyway!

Finally, good luck to you all for next year, I really hope that some of you reading this get to go and experience it for yourself. As I now know, anything is possible.

I will leave you with this Vlog from Hannah, which captures our trip and also shows me being embarrassingly giggly and over excited. Sorry guys I just couldn’t contain it! xx