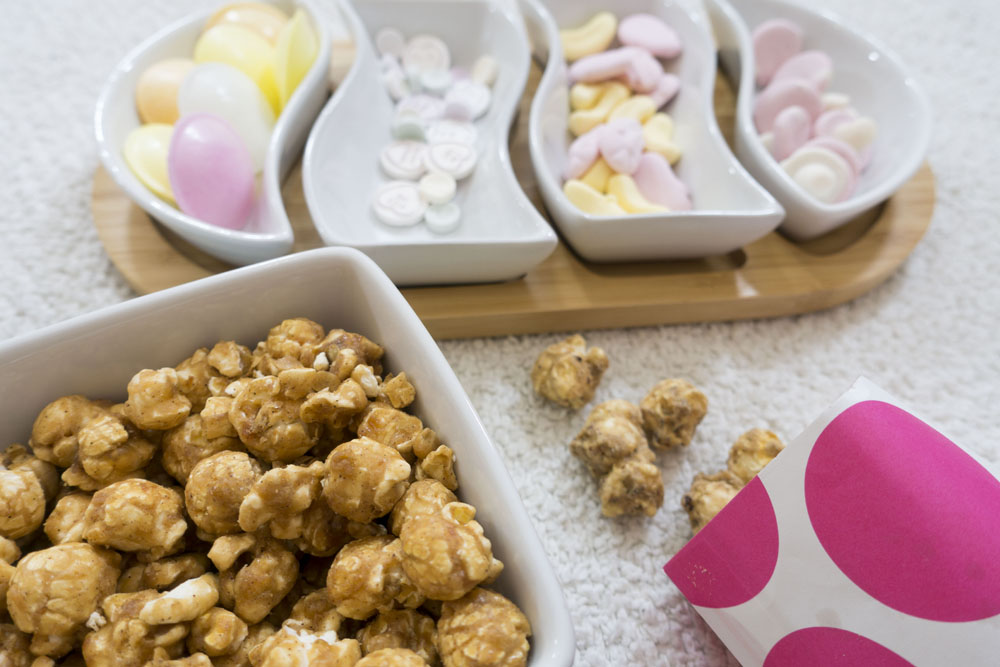 N and I love a cosy night in front of the tv, but every so often we kick it up a notch and have ourselves a proper movie night. It’s one of the few times that we totally switch off from all social media devices and spend some good old fashioned time together; escaping from all the everyday stresses and complications of adulthood for a while.

Sometimes we pick out an old favourite from our collection, or one of us will discover that the other hasn’t seen ‘a classic’ and insist that the other needs to watch it RIGHT.NOW. I’ve been introduced Pulp Fiction, The Shawshank Redemption, all the Star Wars films and every Jean Claude Van Damme film ever made (which I secretly really liked – shh don’t tell N I admitted it!)

N has learned to love Les Miserables and Donnie Darko and even suffered through the Twilight movies for me, but I’m still trying to persuade him to watch Moulin Rouge.

We both agree on the Christmas movies though… let’s be honest Elf and Bad Santa are good at any time of year! 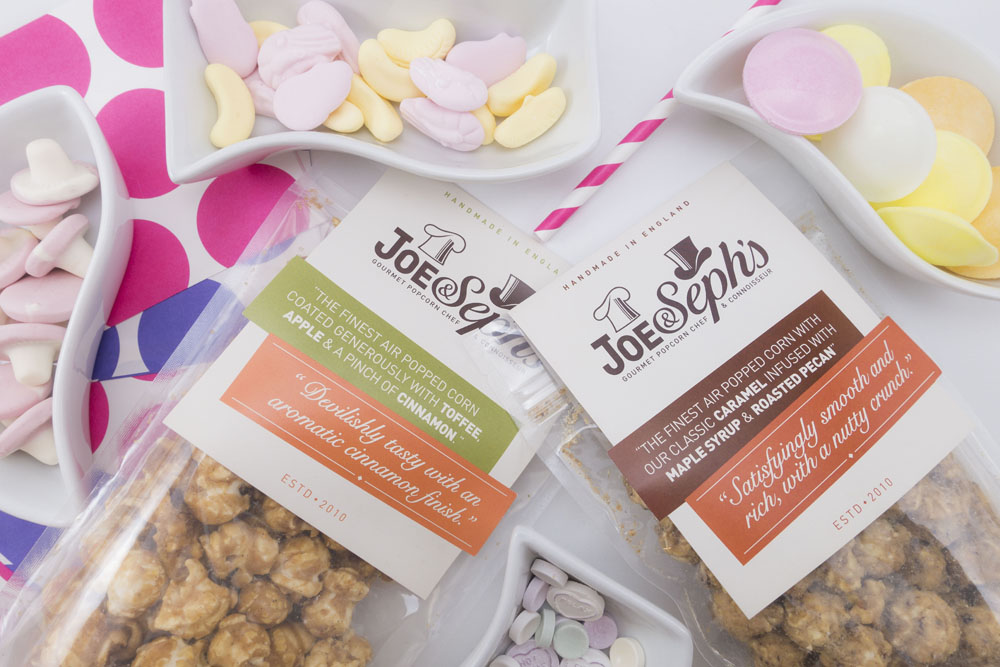 Ages and ages ago Joe & Seph’s sent me some gourmet popcorn* to try and I suggested to N that we have it as part of our next movie night. However life has been pretty hectic recently with something always getting in the way. Travelling, late nights, deadlines that can’t be put off and errands to run… we have to cram a lot into our evenings and weekends.

I was tempted a couple of times just to give up and take the popcorn to work, but our ‘on hold’ movie night became more than just about eating some snacks. Sometimes no matter what is going on you have to make each other the priority and we hadn’t been doing that, so this weekend we cleared our diaries, stuck on our comfy slippers and had a picnic at home in front of a film! 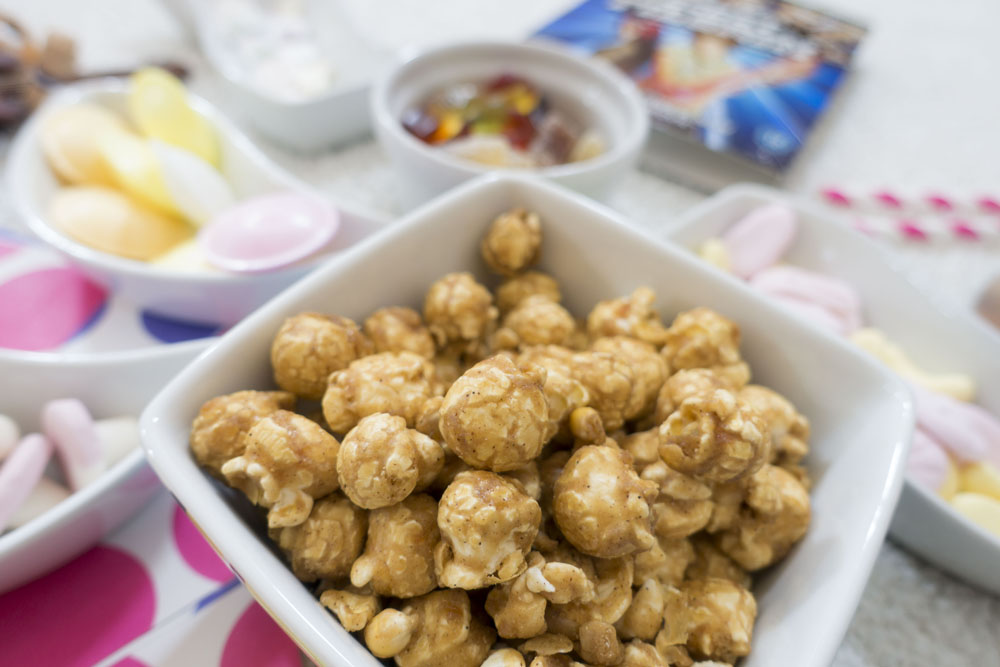 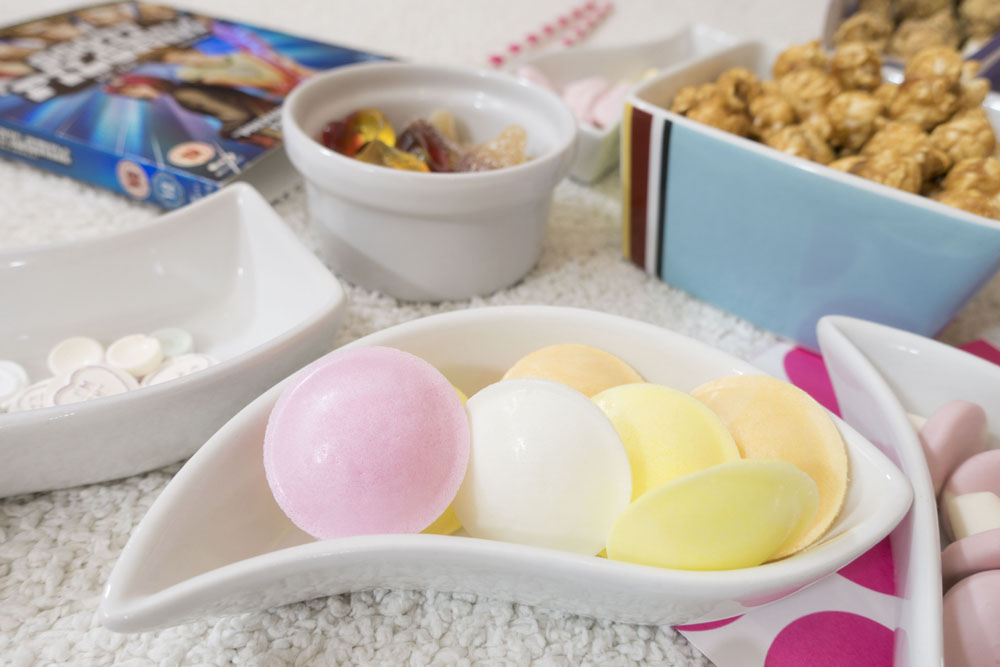 This time around we went retro with shrimps, gummy bears, mushrooms and flying saucers amongst others. I got all nostalgic about the flying saucers, then ate one and was reminded that they actually just taste like cardboard really don’t they? (Until the little bit of sherbet at the end which almost almost redeems them!) 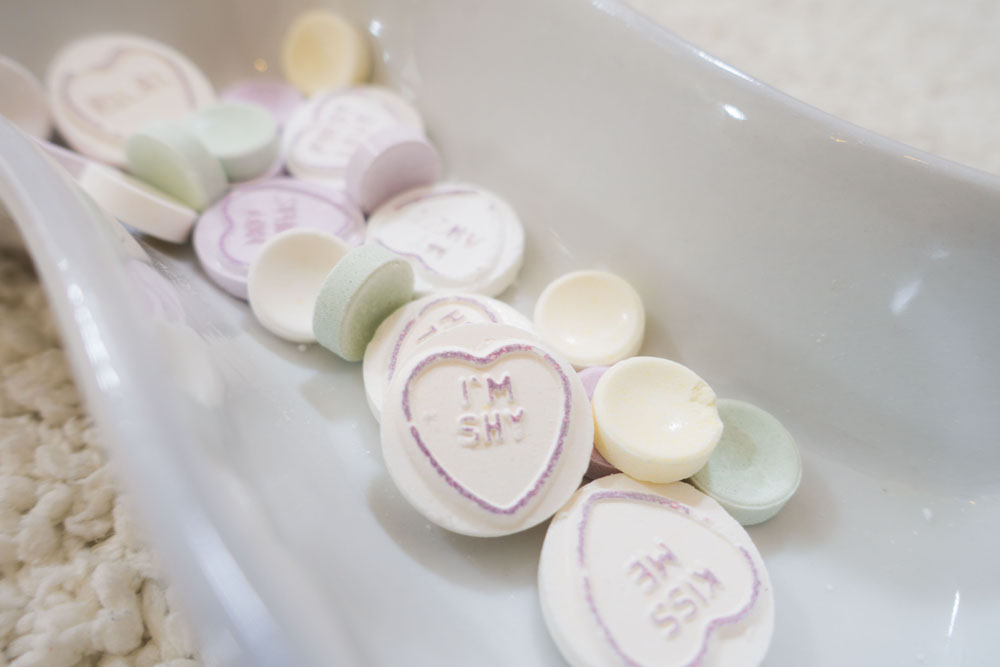 I like to put together cinema style pic ‘n mix from the little bags of sweeties you can pick up at the supermarket and cute paper bags. 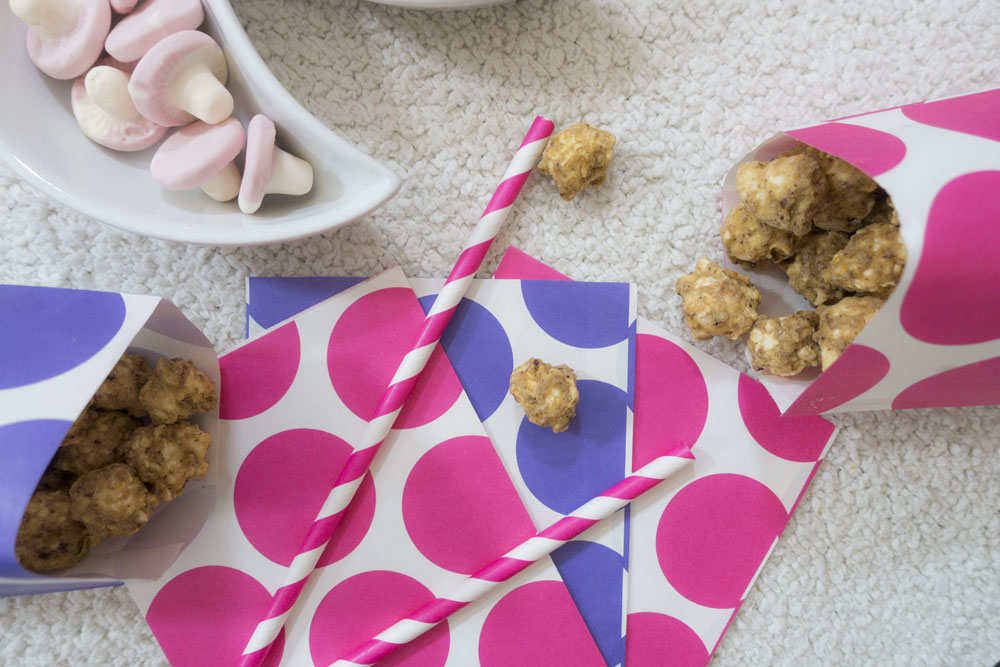 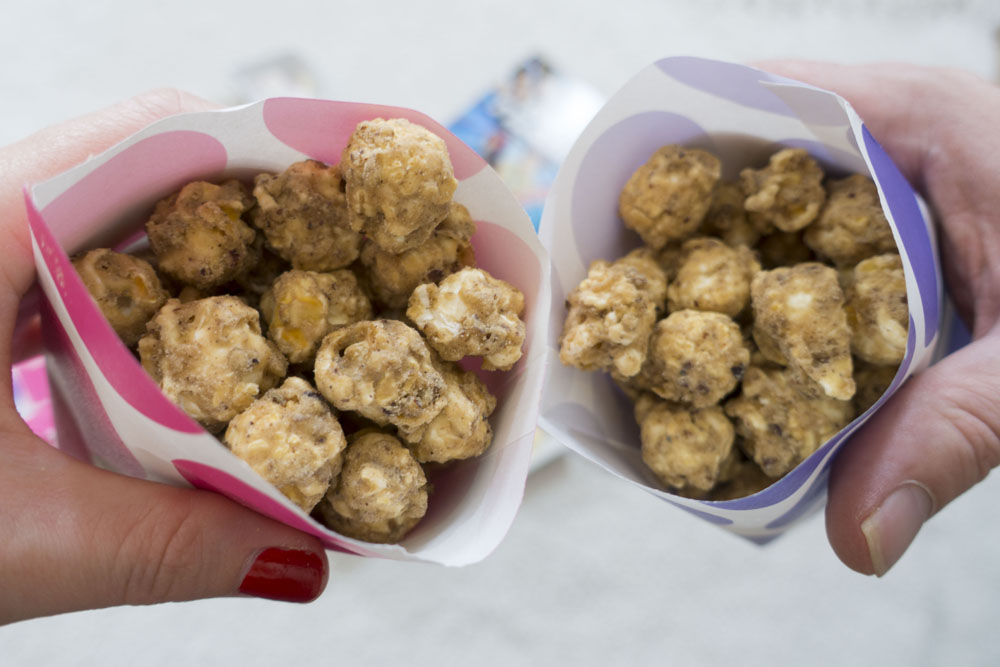 After our comprehensive taste test (i.e. we ate it all!) I can safely say that Joe & Seph’s Popcorn is not your average popcorn – this stuff is gourmet with big big flavours! 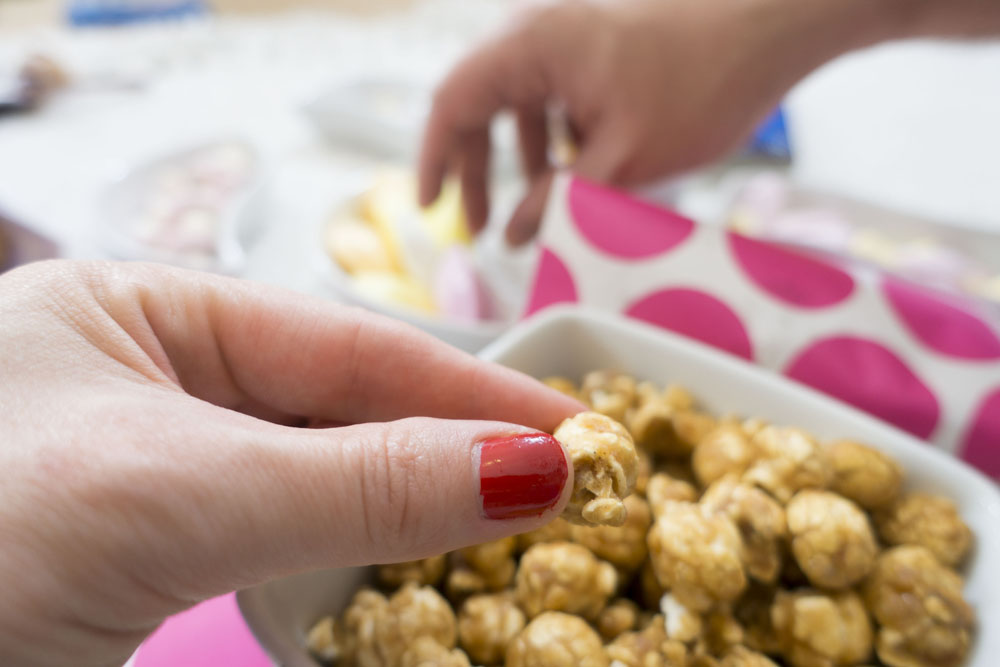 Each one really does taste like it’s described with the toffee apple being my clear favourite. It was so sweet and yet apply tangy all at the same time. N adored the peanut one so we didn’t have to fight over the bags too much. 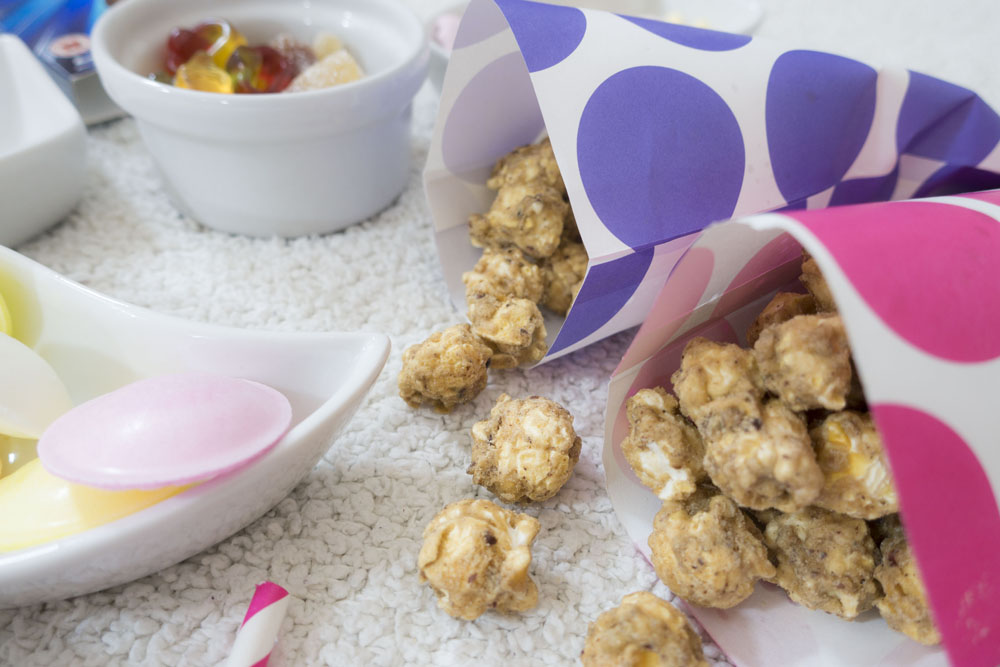 …we DID fight over the gummy sweets though… the rings are a popular choice in our house! 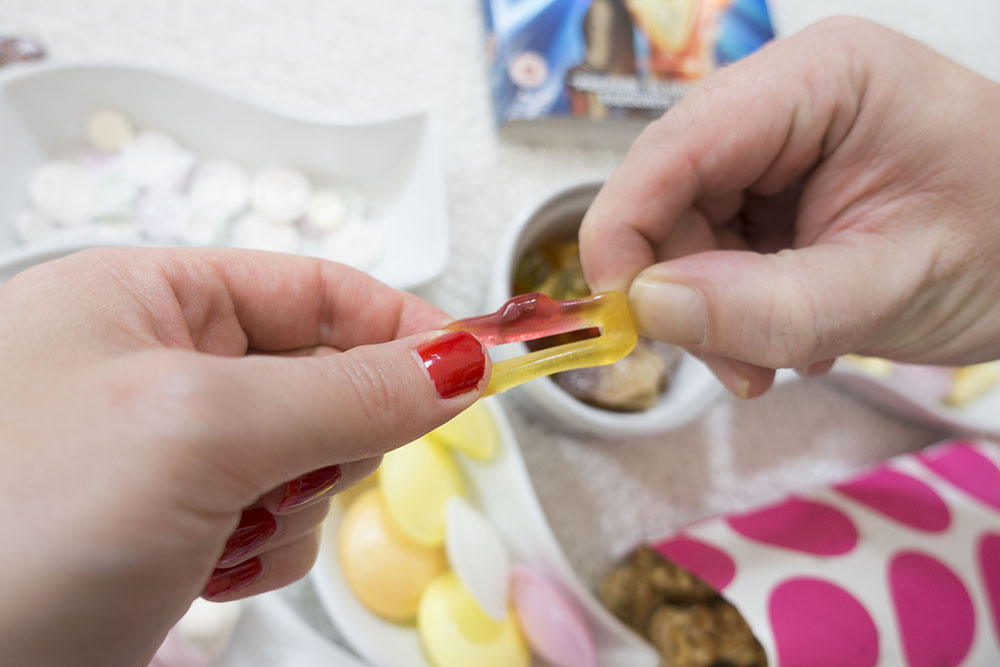 This time around we went for a movie we both know and love: Scott Pilgrim vs. the World. Based on a comic book and full of stupidly silly, surreal moments, it’s one of those marmite movies that you’re either going to love or hate. Personally it leaves me in such a fantastically giggly mood every time that I’m in total lesbians with it (that’s a line from the movie by the way!). I’ve popped the trailer below in case you are now wondering what I’m earth I’m talking about. 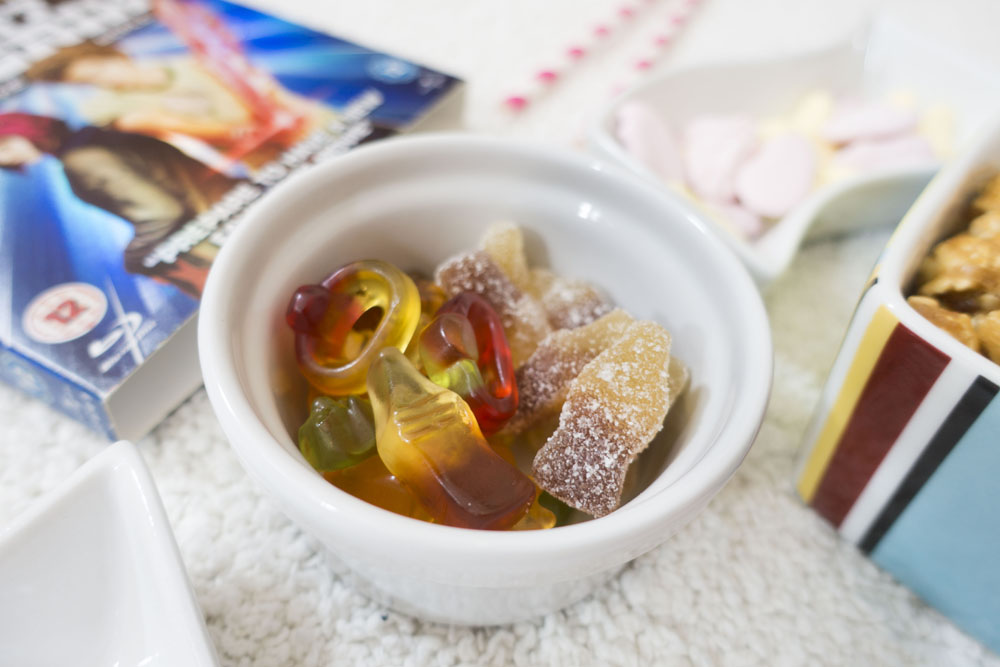 It was such a lovely chilled evening; just what we needed. Roll on the next movie night… just maybe without the flying saucers next time…! 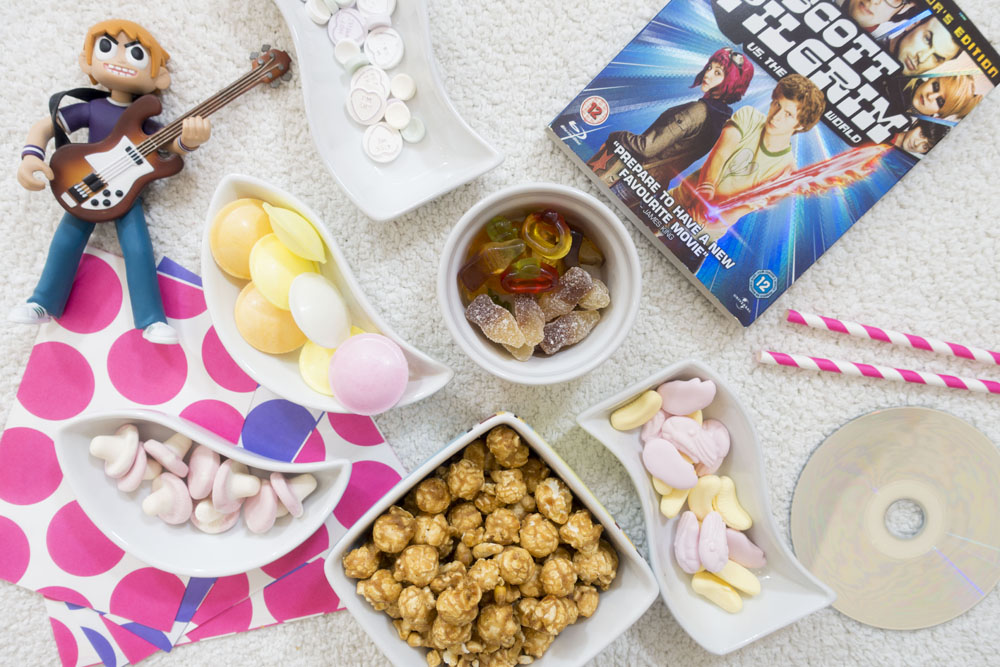 Do you have movie nights? What’s your favourite date night / feelgood film?
*This was not a sponsored post… but thanks go to Joe & Seph’s for the popcorn!