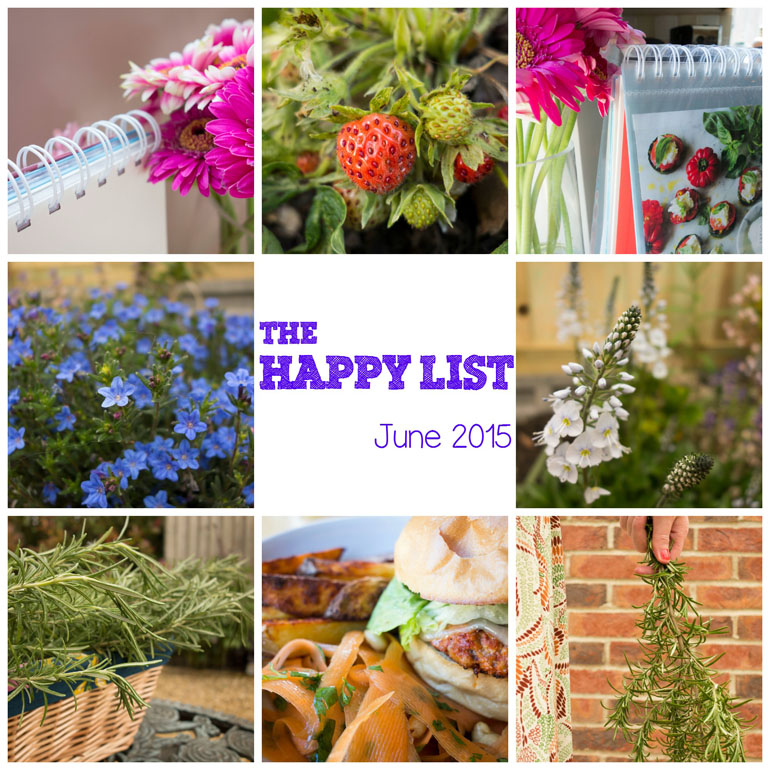 About time for another happy list! Here’s what’s been making me grin like a Cheshire cat lately…

1. Getting a thirst
I have spent 30 odd years hating water but I made a resolution about 6 weeks ago to drink some everyday. I’ve tried this twice before and have always given up after a few days, so I was determined to last the distance this time.
The first week was the hardest and I had to force myself to drink a single 330ml bottle in the evening without gagging. However as I persevered something strange happened: I started to get a thirst for it!
Now I am up to 3 or 4 bottles a day and surprisingly I’m enjoying it. I know that’s still not as much as you’re supposed to drink, but I’m so happy that I kept up with my resolution and that it is paying off! (I also just discovered I actually like hummus too – there is just no stopping me now!!)
2. A holiday in the sunshine My English country garden
6 years after our honeymoon, N and I decided that it was about time we treated ourselves to a holiday. Life had other plans however! Gale force winds ripped our garden fence to shreds and left much of it in the neighbour’s gardens. I decided that if we were going to have to spend some of our holiday money on a new fence and thus postpone our trip away a little longer, then I’d make damn sure we had a lovely garden to sit in this summer!
Whilst N was in Amsterdam the new panels were put in and gave our scruffy little garden an instant facelift. I spent a day ripping out weeds, pruning and planting, until our garden was looking rather beautiful. 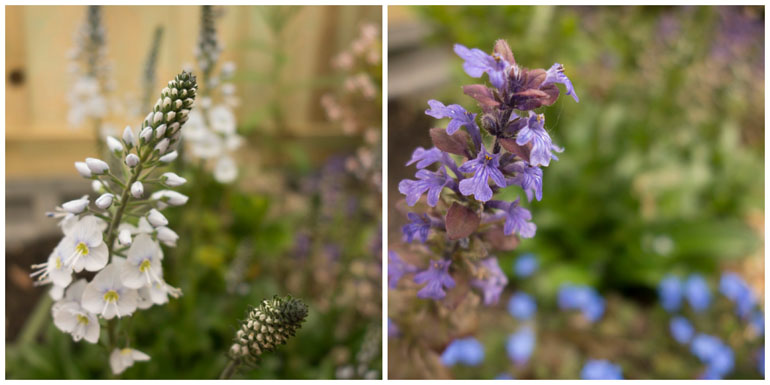 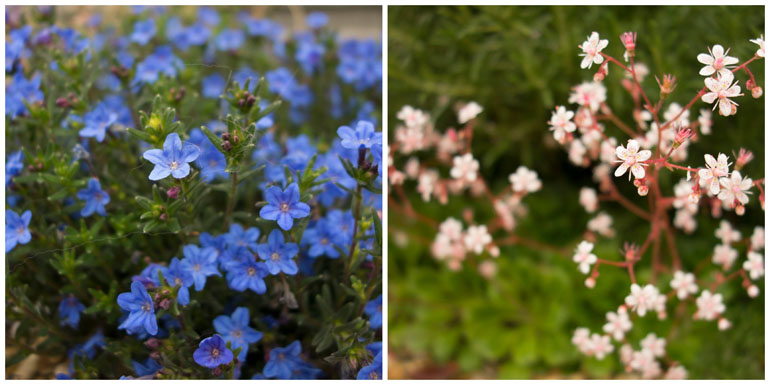 The sun came out and my cats kept me company, inspecting every pile of twigs and cuttings that I made and chasing the butterflies.
Sometimes switching off all the technology and just sitting in the garden with the sound of birds tweeting and the swooshing of distant cars is all I need to relax and unwind.
Mr Darcy is happiest when he finds a nice flowery shrub to lay in. Unfortunately he’s a chunky monkey so this leads to flattened flowers, but when they’re cat shaped I don’t mind too much. 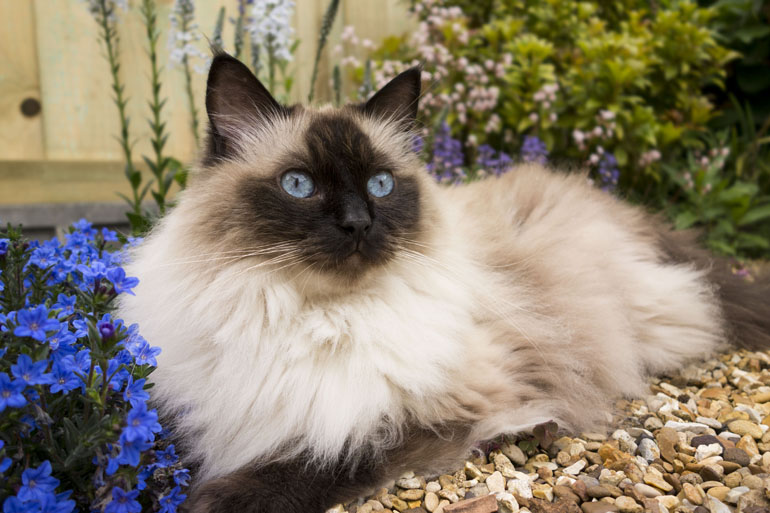 3. Home Grown
During my tidy up I had to cut back the rosemary bush which was getting rather wild. I took a big handful of cuttings inside to tie up and use in the kitchen. It smells and tastes delicious when you chuck a few sprigs in with your potatoes to roast. Whenever I use some it always makes me smile that think that I grew it myself. 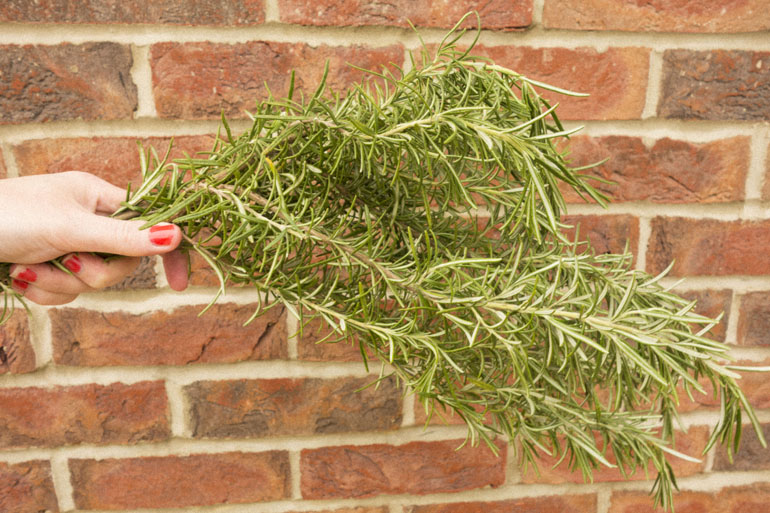 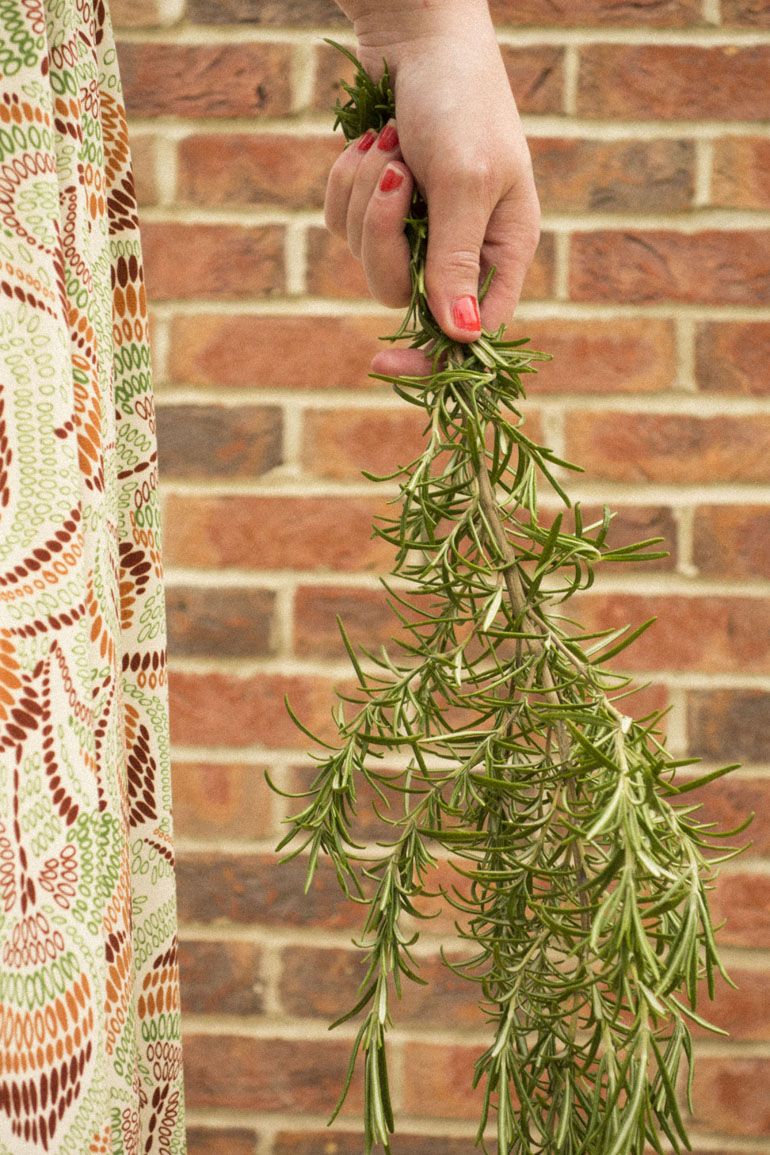 Then the other day N casually announced that my strawberries were nearly ready. The thing was that I didn’t know I had any strawberries! It turns out that a plant in a pot that I thought had died was very much alive and kicking and had popped up to say so now that summer has finally arrived. They aren’t the prettiest or biggest, but those little strawberries are survivors and I’ll be taking care of them from now on. 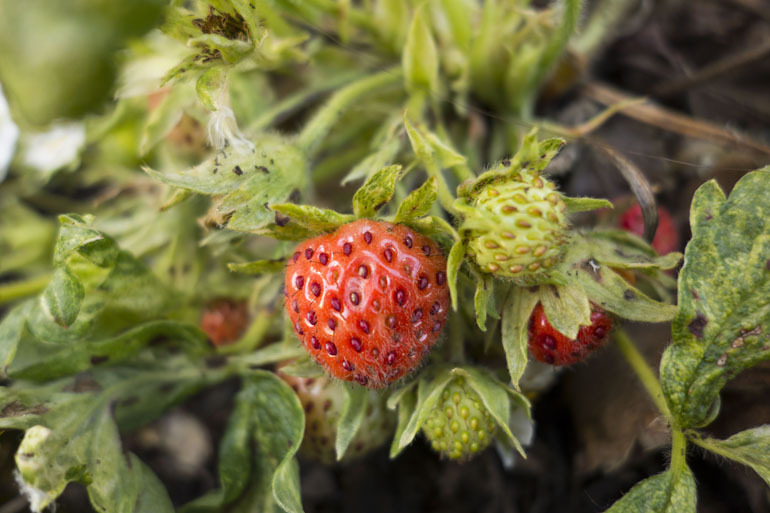 4. N’s cooking
N has been doing lots of the mealtime cooking recently, leaving me to get on with the million and one things on my plate at the moment. I’m so grateful every time I get in from work and can hear the sound of something sizzling on the stove.
His smoked paprika burger and chips were so good and the fact he made me a carrot slaw even though he hates the stuff got him extra brownie points! 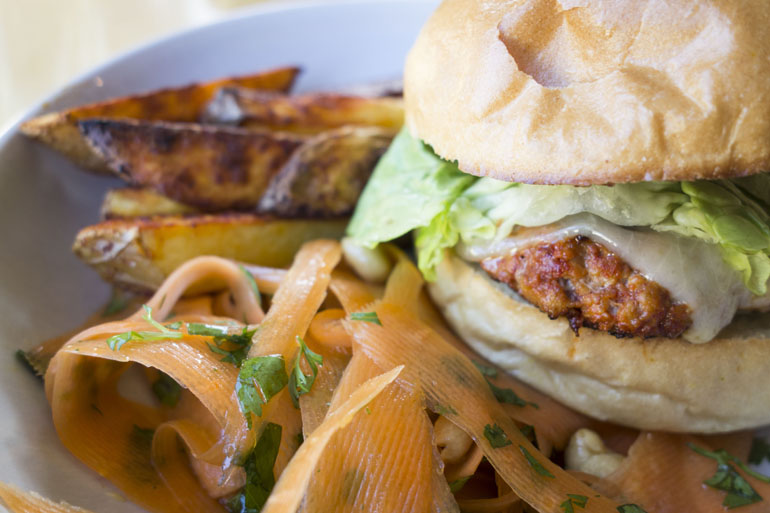 He doesn’t always make the healthiest meals, but they always taste amazing and better still: He Who Cooketh Washeth The Dishes Too!
5. A nice surprise in the post!
We’ve been subscribed to Hellofresh for over a year now, so we’ve collected hundreds of recipe cards. 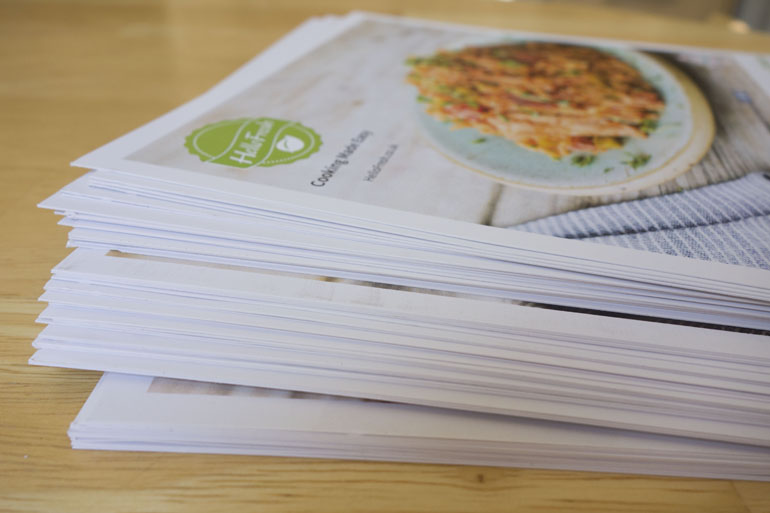 One day a big envelope popped through the door. I opened it with curiosity as I wasn’t expecting anything and found to my delight that Busy B had sent me a Recipe Collector*. 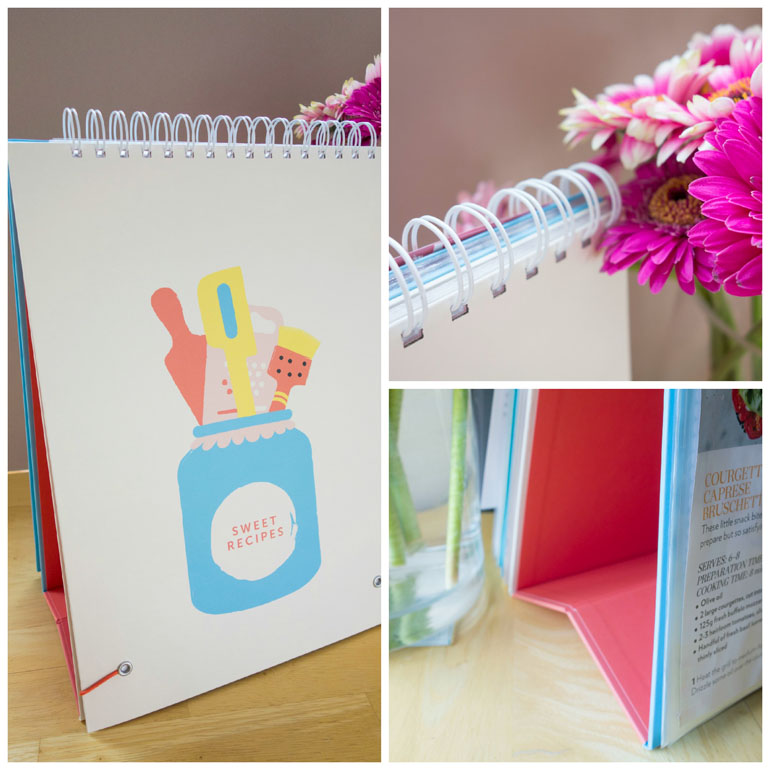 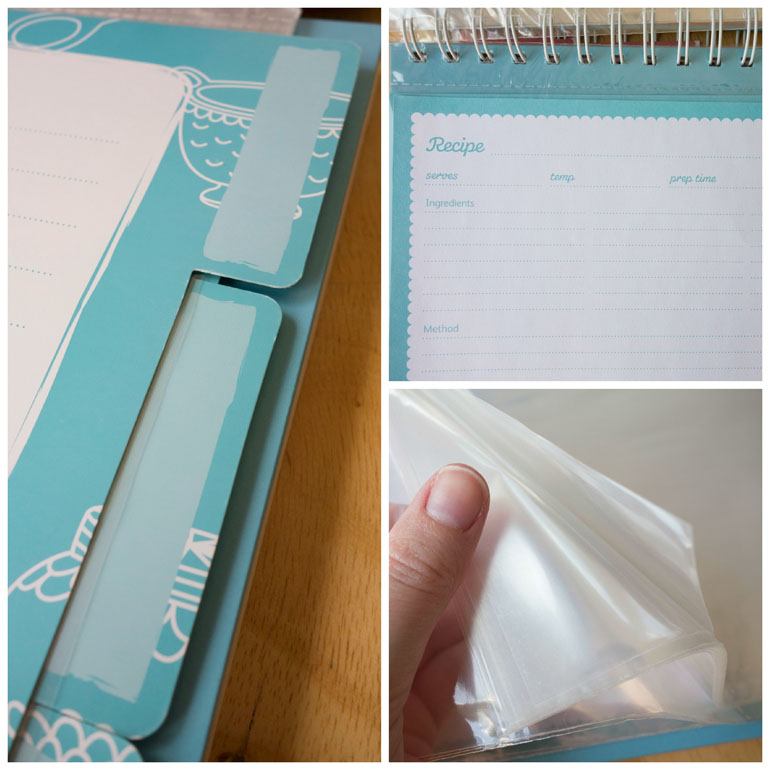 I am a bit of a neat freak so sorting out all my favourite recipes into A4 plastic envelopes filled me with a zen like calm! I love that it’s A4 sized so I was able to put my torn out magazine recipes in there too, plus it has a built in stand which is dead handy. It’s got all sorts of extra bits like a place where you can write your own recipes, dividers that you can label up and conversion charts. I love it!
Then there is the fact that it looks super cute in my kitchen.
Altogether now: ommmmmm.
By the way for the bloggers out there reading this, Busy B do an awesome selection of calendars and planners too that will make you swoon!

6. Center Parcs
Things will be a bit quiet on here for a little while because today I head off for a long weekend at Center Parcs with the girls.
We set up a whatsapp group a while back so that everyone could chat beforehand and plan out the trip. Those little chats are always so random and funny and I can’t help but smile everytime I see a new thread of conversation start. We are all SO excited for our long weekend. Get ready Center Parcs – we are on our way!
What’s been making you smile recently?