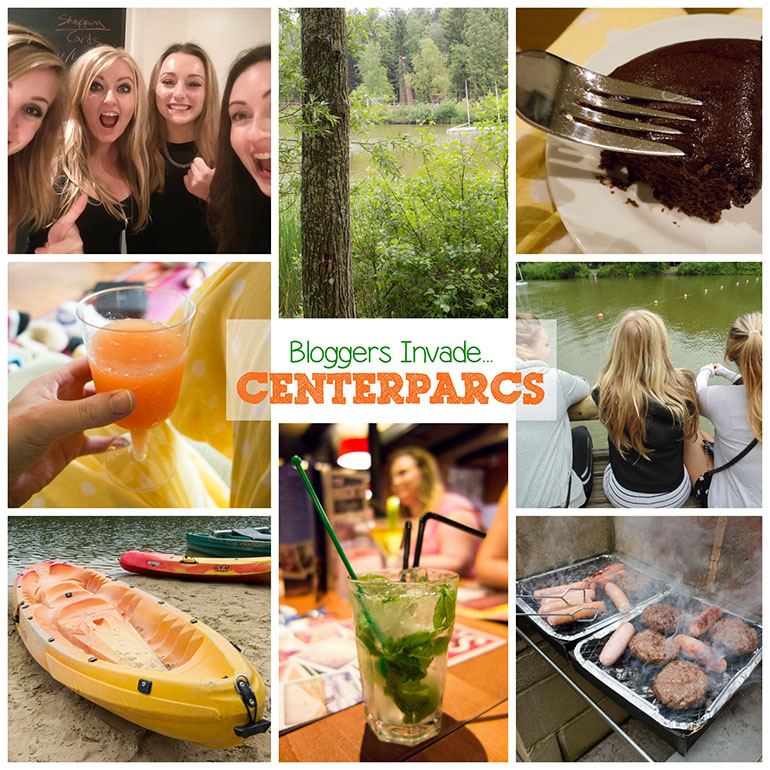 Last Friday I set off on an epic cross country journey to Longleat Centerparcs. Along the way more bloggers joined me – Rachel, Lauren and Laura (or Himpy as she became known!).

We were self catering so we decided to do a little supermarket shop on the way to pick up all the essentials.
Lauren was clearly the most overexcited at the thought of a weekend free from her other half’s healthy eating regime, running from aisle to aisle stating “Oh my god Frazzles, I NEED frazzles!” then two seconds later “POPCORN IS ESSENTIAL!!” By the time we got to the checkout we’d all got carried away and as we unloaded the trolley we began to wonder how on earth we were going to fit it all into Lauren’s car.

This is how we managed it! 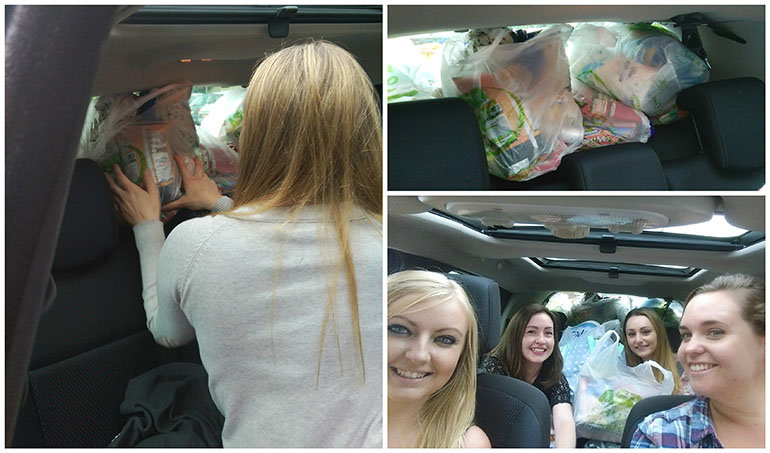 Himpy and I sat in the back with bags balanced all around us, unable to see or move our feet. We had made sure that the Munchies and cookies were close to hand though so we survived.

We got to Centerparcs early in the evening and excitedly piled into the lodge. There was a lovely big table, an equipped kitchen, room for 6 on the sofa and twin / double bedrooms with crisp white bedlinen. 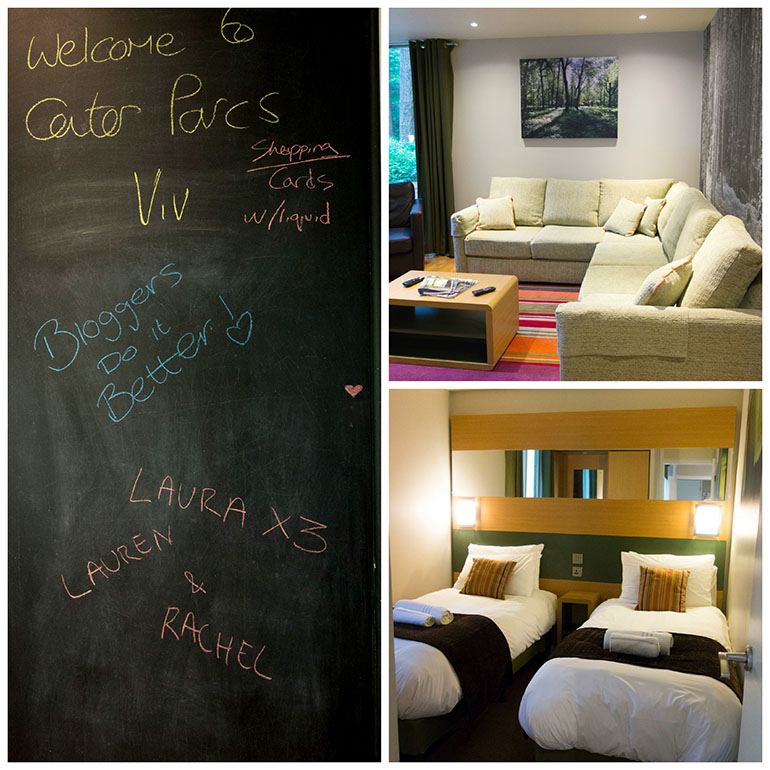 We filled the cupboards and then took proud pictures of our food haul. 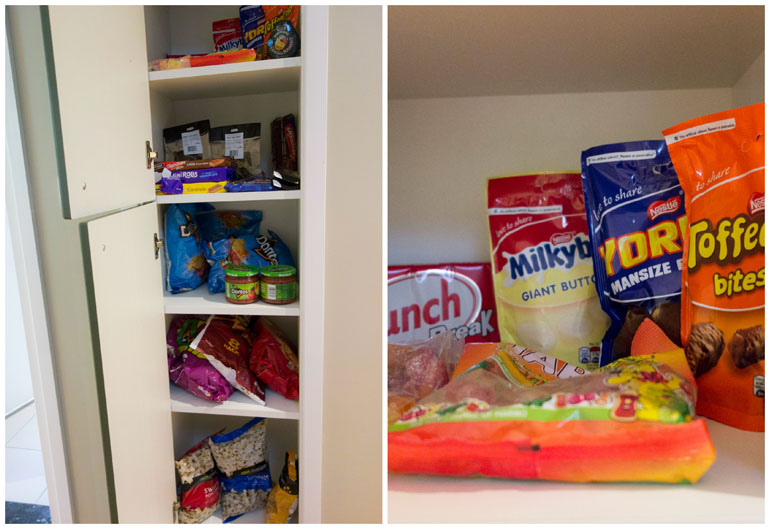 Lodge 1 was finally complete when Laura no. 3 (aka Hainy!) arrived so we cracked open the bubbly for a toast. 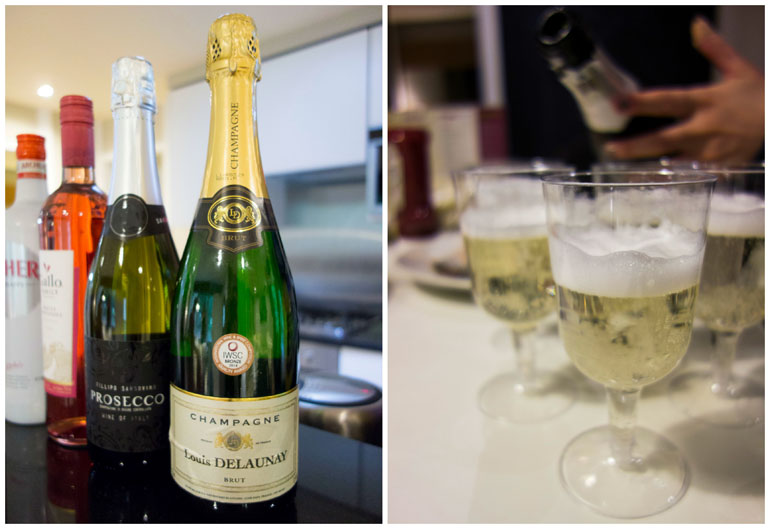 Next door in Lodge 2 the other six lovely bloggers in our party had arrived and came over to say hello. We soon discovered that each lodge had independently decided to cook fajitas that night. That was when I knew we were all on the same wavelength. 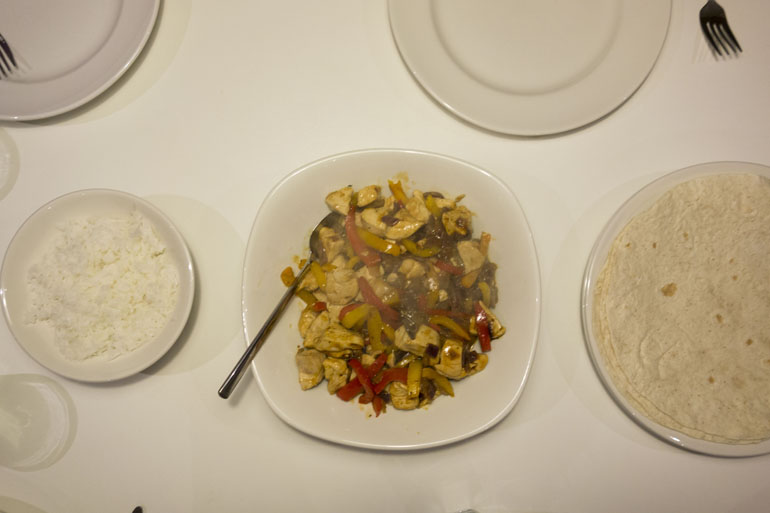 Rachel took care of the fajitas whilst Himpy rustled up cheesy nachos in the microwave. 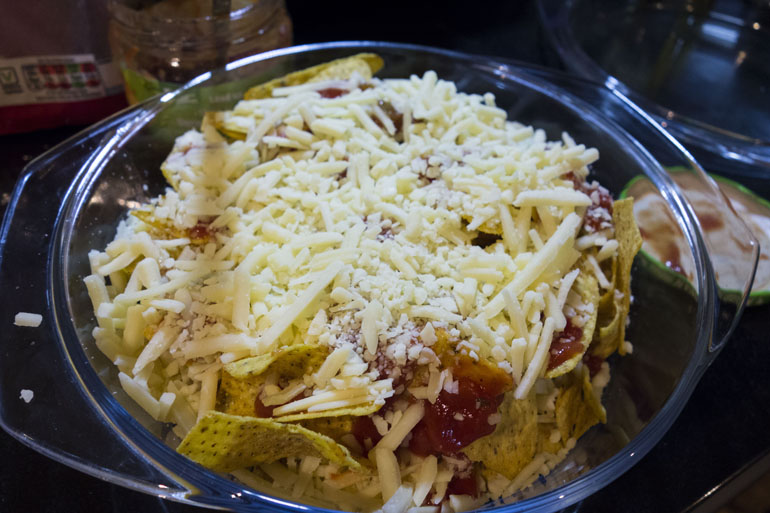 We got into our pj’s and gathered on the sofa with Peach Bellinis, talking well into the night. 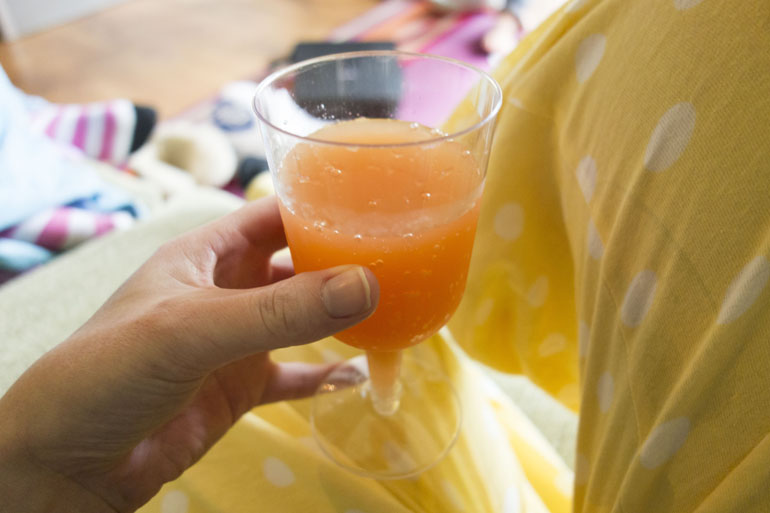 On Saturday morning after some more pyjama time in front of a movie, we headed down to the lake.

We clambered into two-man canoes and screamed as we were pushed out onto the water. After a few initial wobbles we were soon cruising through the water… until our arms got tired and then we all drifted around and chatted until our time was up. Ducks sat watching on the shore and didn’t seem at all bothered as our canoes careered towards them! 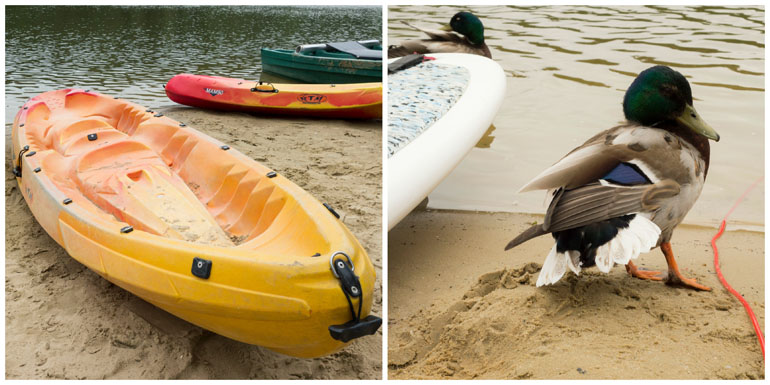 That evening we dressed up and hitched a ride on the Centerparcs train over to Huck’s Diner for cocktails and some hearty American style food. I had an apple martini which was dangerously tasty; you couldn’t even tell that it was alcoholic. I paced myself though as we had a bowling lane booked for after. 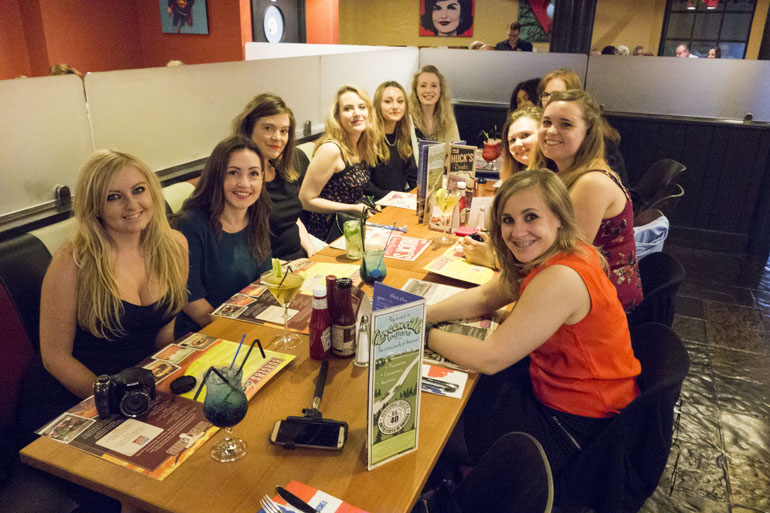 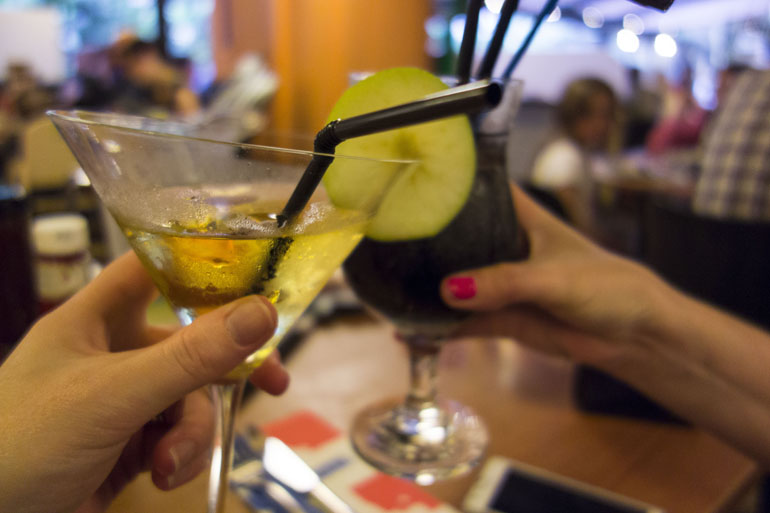 We tried to take pictures but our attempt at the Charlies Angels pose didn’t quite go as planned due to some ‘height issues’! (These still make me smile every time I look at them!). 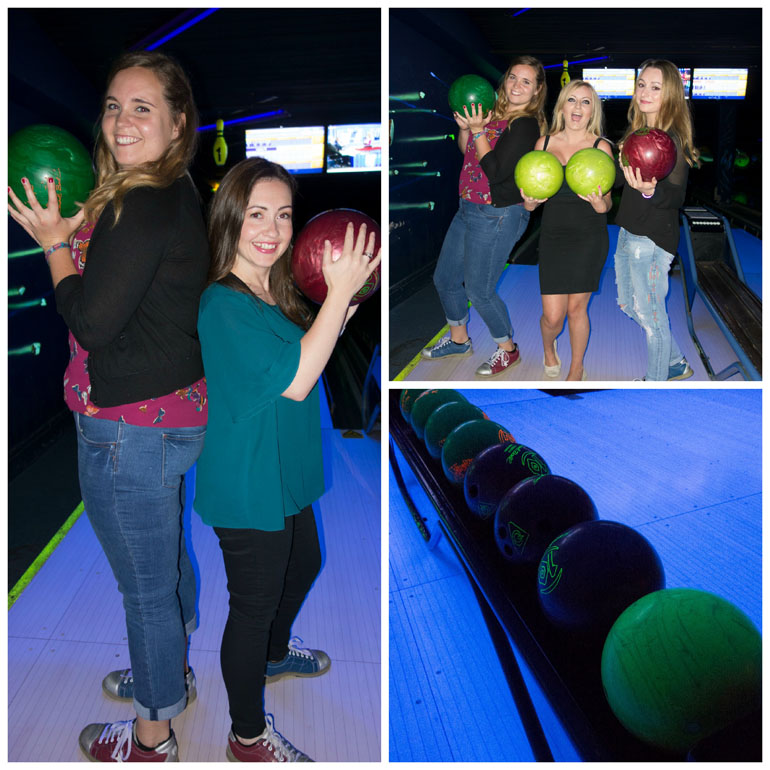 The original plan had been to go to the Saturday night disco, but instead we all piled back to Lodge 1, where we played the most complicated drinking game imaginable (Ring of Fire) and then collapsed in fits of giggles during a game of ‘Heads Up’.

Kirsty had made vodka jelly shots complete with pink glitter. 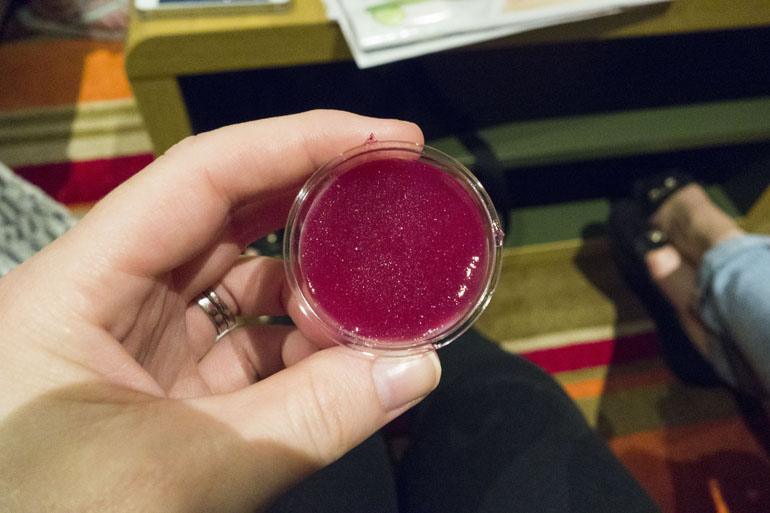 Then we played beer pong and broke out in an impromptu singalong/dancealong to Taylor Swift’s ‘Shake It Off’. 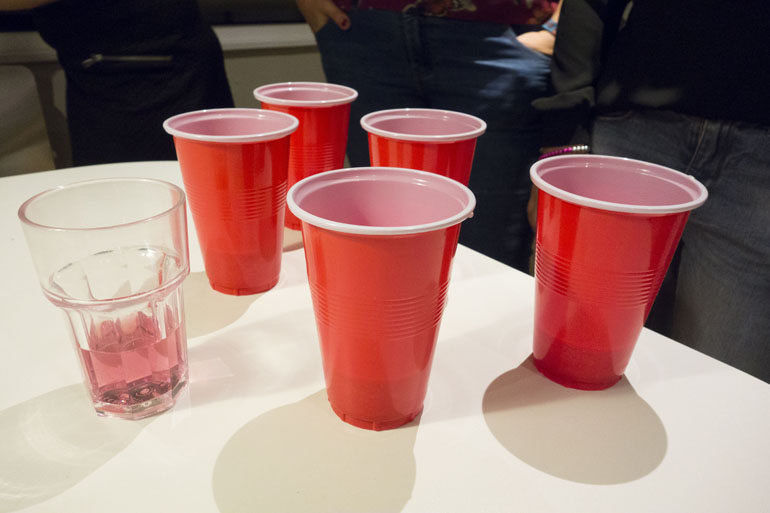 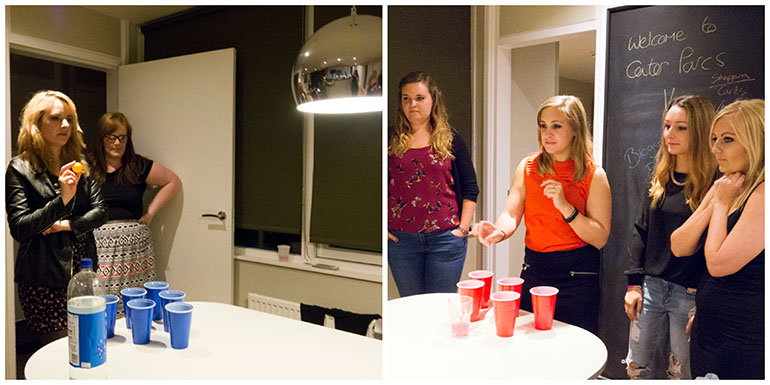 Sunday began with movies on the sofa and cookies for breakfast. I blame it on the girls – such enablers! 😉

Feeling a bit guilty, I decided to go for a run. The others were heading out on a bike ride and persuaded me to jog alongside instead of going off on my own. Somehow I managed to keep up… the pitstop halfway around to take picture and eat ice cream may have helped!

By the time we got back hours later it was time to eat again – a barbecue this time!

Sadly Hainy and Rachel had to leave on Sunday night, but the three of us remaining consoled ourselves with this! 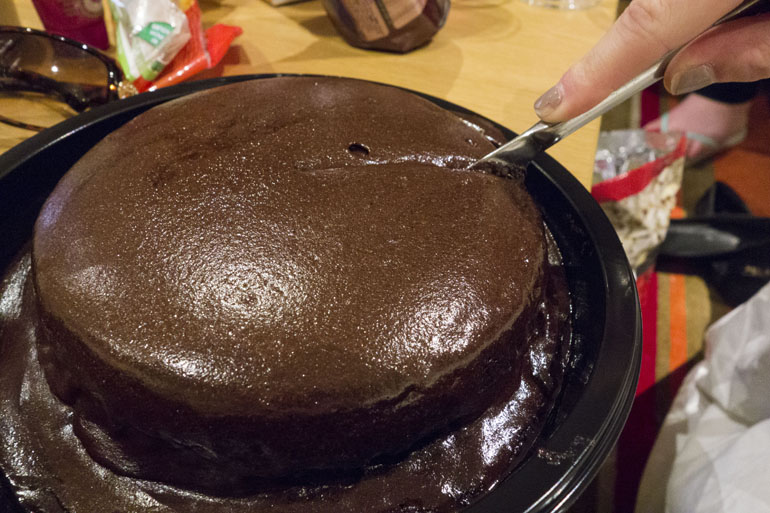 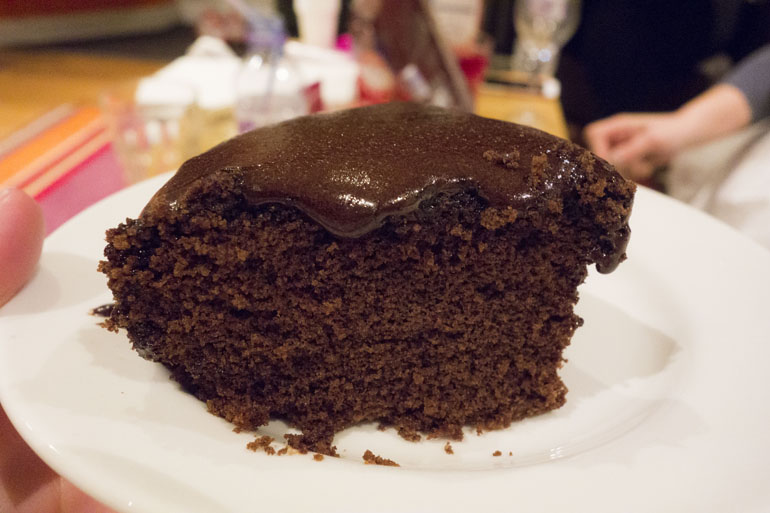 The icing melts when you microwave it. Melts. Mmm. 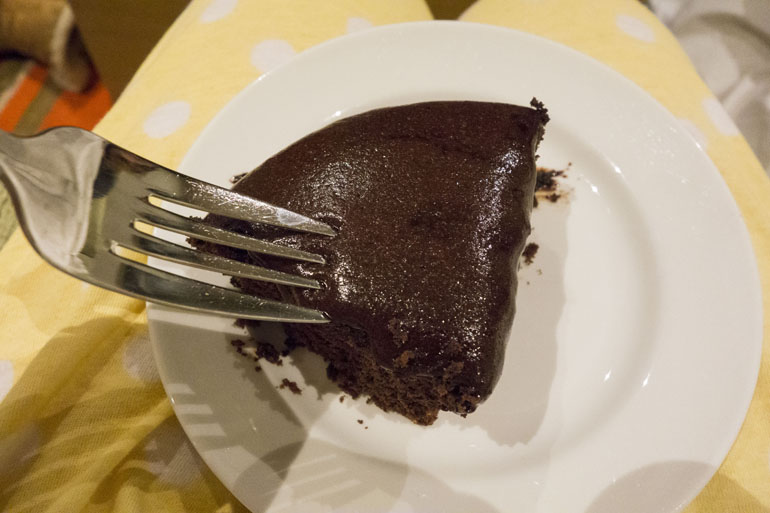 Monday morning arrived far too soon. We dropped the bikes off and said one last farewell to Centerparcs. 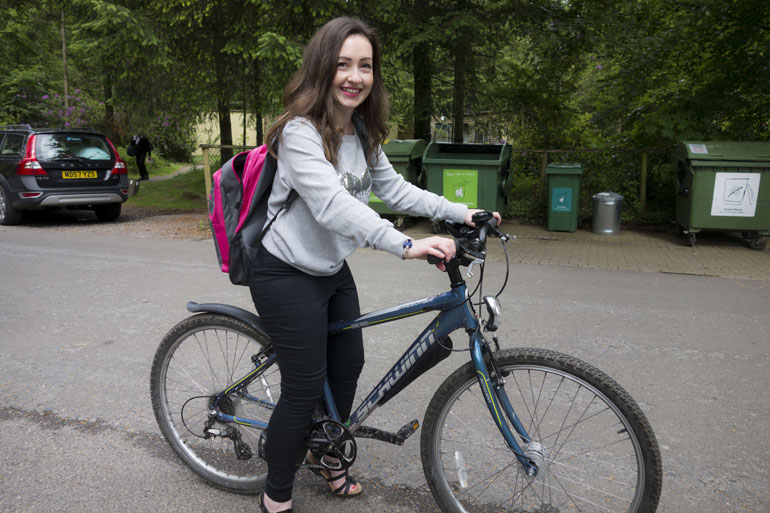 I had been really nervous about a whole weekend away with a group of girls. I didn’t go to Uni and I tend to be the ‘quiet one’ who likes to sit in the corner with her head in a book. However we all clicked from the get go and it felt like I’d known these girls for years. I’ve got all the time in the world for them and can’t wait for our next big adventure. <3 <3 <3


If you want to discover more about all the bloggers on this trip, check out Vicky’s post here: vixmeldrew.com/bloggersinvadecenterparcs
Also special thanks to Lauren who once again came up with a brilliant idea and made it happen and to Jenny who sadly couldn’t make it in the end but was still a big part of putting the trip together – you were there in spirit Jenny! xoxo

…and if you’ve got to the end of this post, thanks for sticking with me! I don’t think I’ve included enough photos (!) so here’s about a million more. Not the best quality, but my goodness using a selfie stick is fun!! 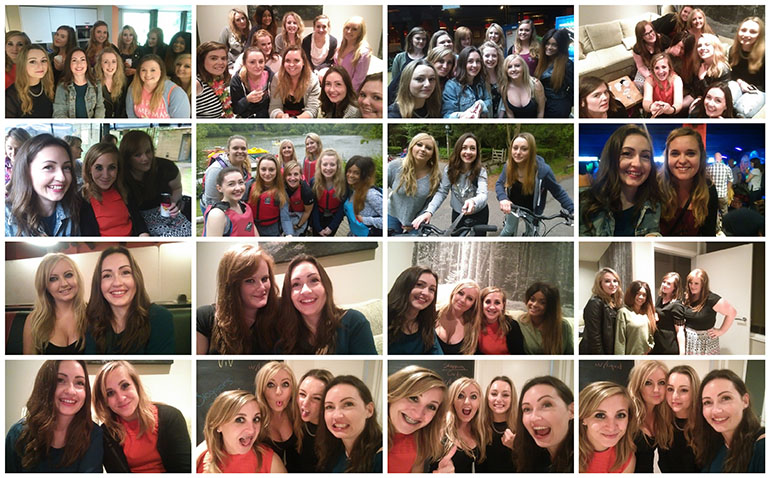