I mentioned in a previous post that I was participating in the Spring Gift Swap which is like a secret santa for bloggers but at Easter! I spent a happy couple of afternoons shopping for the lovely Adele and an even happier evening wrapping it all! I picked up the cutest little set of pastel striped strings from Hobbycraft to contrast with all the tissue paper I got in Paperchase.

I love picking out gifts and the anticipation that comes with waiting for the other person to unwrap it. This one was sent in the post and I was constantly checking Twitter to see if she’d received it (more on this in a future post – I’ve received mine through now too!). 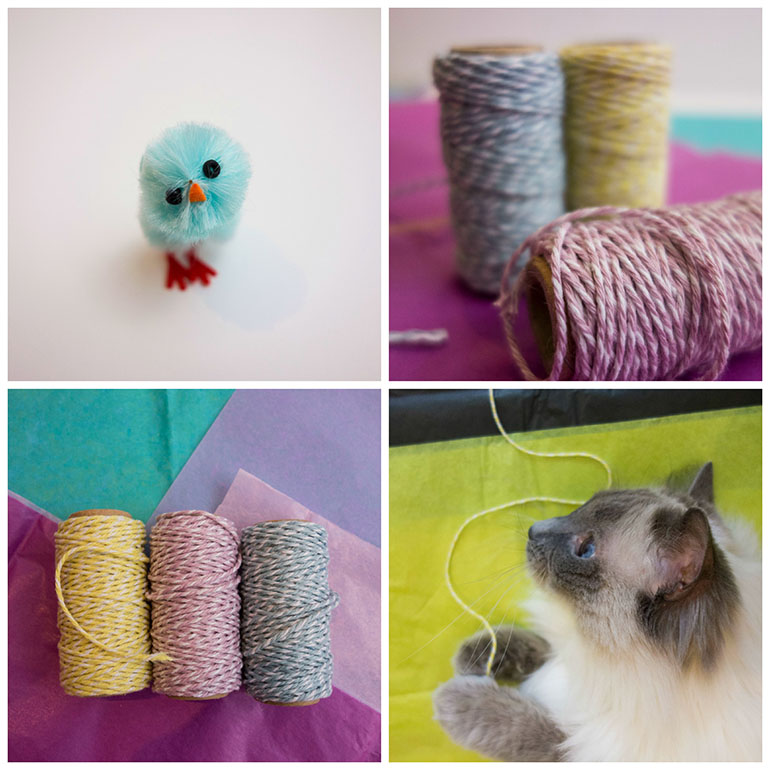 As I was tying a bow and attempting to take a picture of it a paw appeared out of nowhere! FACT: A cat can hear string being unwound from 200 miles away (I totally made that up). I was in stitches though, Mr D’s timing was second to none. 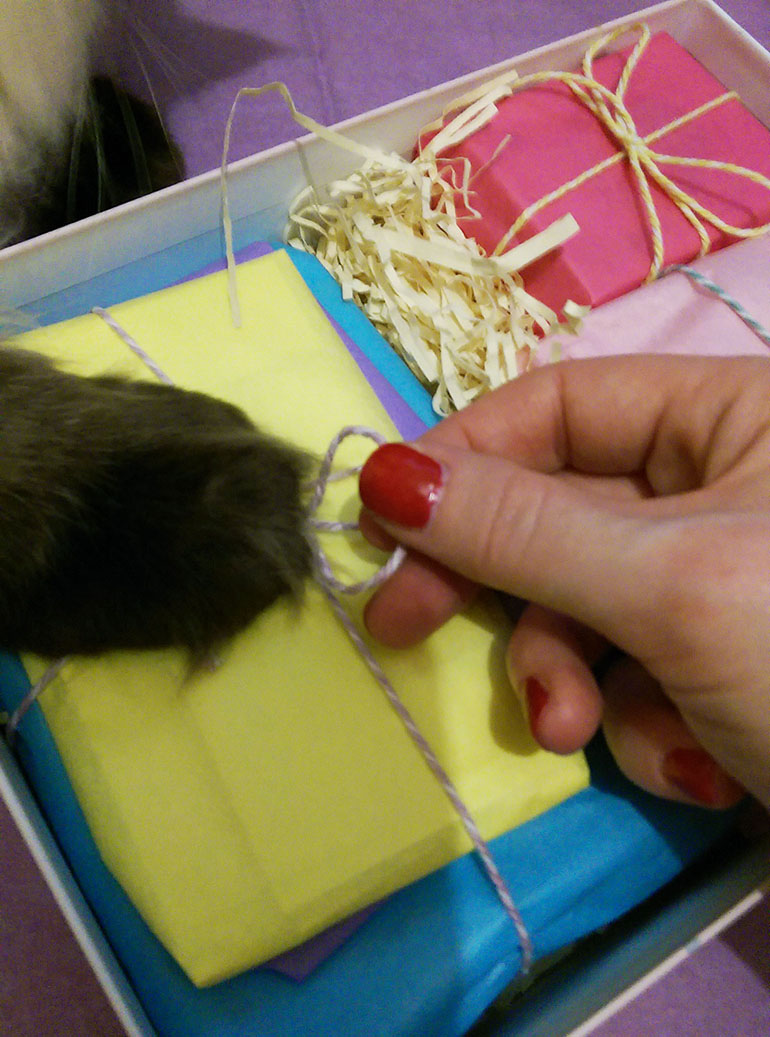 An eclipse (ish) and a bit of London culture

Last Friday I travelled to London for a work meeting. I hadn’t realised it was the Solar Eclipse and arrived just in time to see… well nothing much actually! Everything just appeared smoggy. It was still exciting though, everyone just stopped what they were doing and looked up expectantly, even in the hustle and bustle of Fenchurch Street.

My meeting was in the Lloyds of London building and before I left my host treated me to a tour of the building. It’s architecturally stunning and steeped in history. As you walk through the open plan space you see all of the suited and booted underwriters hard at work alongside displays of amazing historical artifacts.

In the Underwriting room there is a giant bell encased in glass in the middle of the room. Salvaged from a sunken frigate in the 18th century, the Lutine Bell was given to Lloyd’s to herald important announcements.

Lloyds insured The Titanic when it went down and the underwriters were told of the loss by the strike of the Lutine Bell. This was then written in ‘The Loss Book’ which records the details of any ships or cargoes lost at sea. The page is still on show today and the tradition of recording marine losses in a parchment book with a quill is still upheld. I could see that someone has already carefully handwritten out all the dates for March 2015 in beautiful calligraphy. Luckily this week was a good week – only one sunken ship reported. 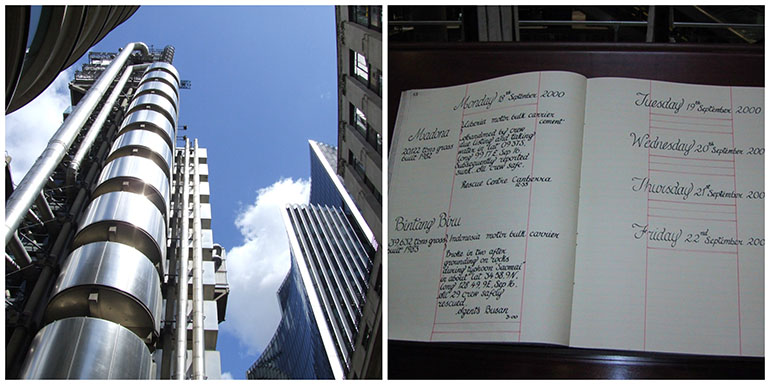 During the day it’s a throng of business activity, but they do hold open houses too, more info on this here.

I got my haircut on Saturday for the first time in ages. I think my hairdresser must have been running late, because when I had my hair washed by one of the juniors the usual 30 second hair conditioning head massage ended up lasting about 4 minutes – it was so relaxing I could have fallen asleep. One of these days I’ll treat myself to a proper Indian Head massage, I bet that feels amazing.

I participated in a Twitter chat called #HealthySelves which gave me just the motivation I needed to get back into my weight training after slacking off a bit recently. I’ve been working up a sweat in the morning before work and already feel ten times better for it. 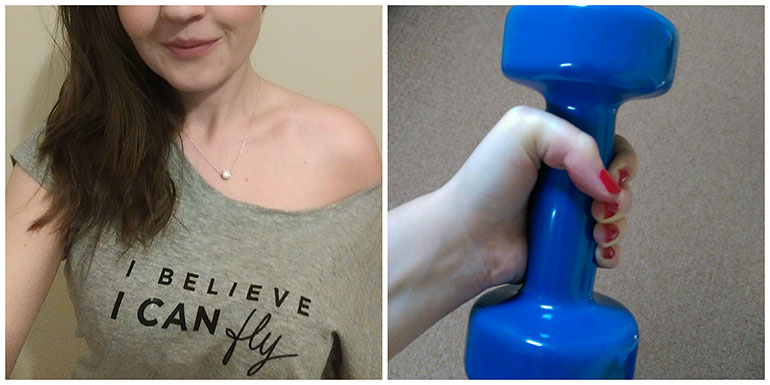 We made homemade burgers at the weekend. Seriously – is there anything better? They always look misshappen and a bit lumpy compared to shop bought ones but kick their ass on taste every time!

I grabbed lunch from Leons at Kings Cross Station on my way back from London – sweet potato falafels. Rather awkward eating rice with a plastic fork on a train, but it tasted delicious. 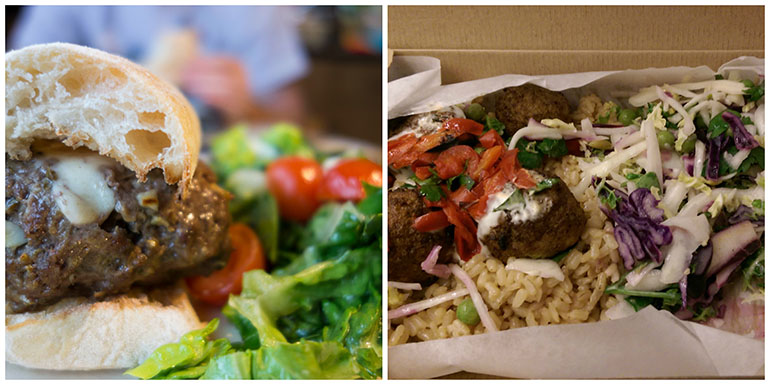 So that’s been my life lately! Lots of exciting things coming up too so I’m going to make this a regular feature… although not every week… I’m not that interesting!

What about you? How has life been lately?