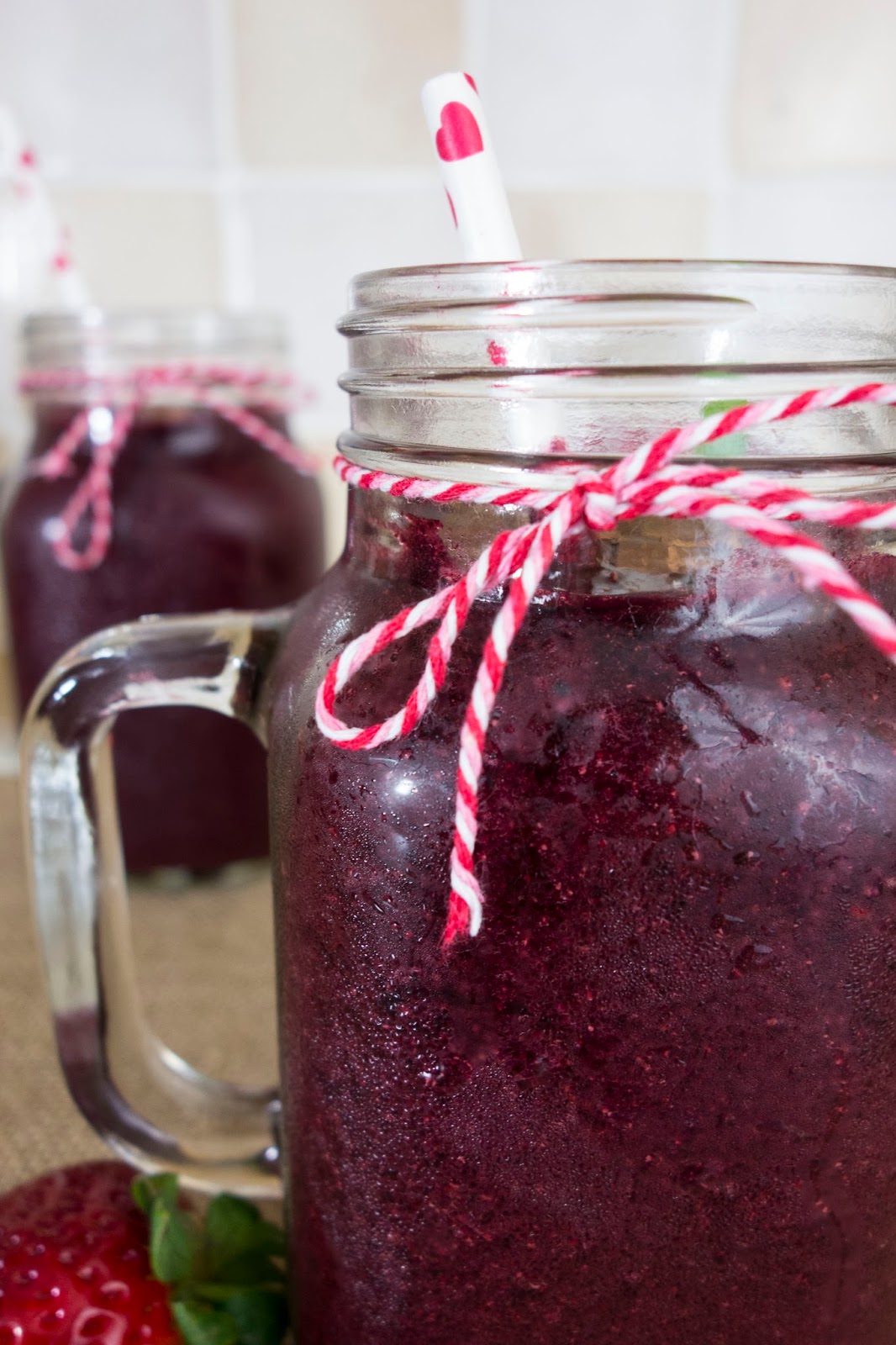 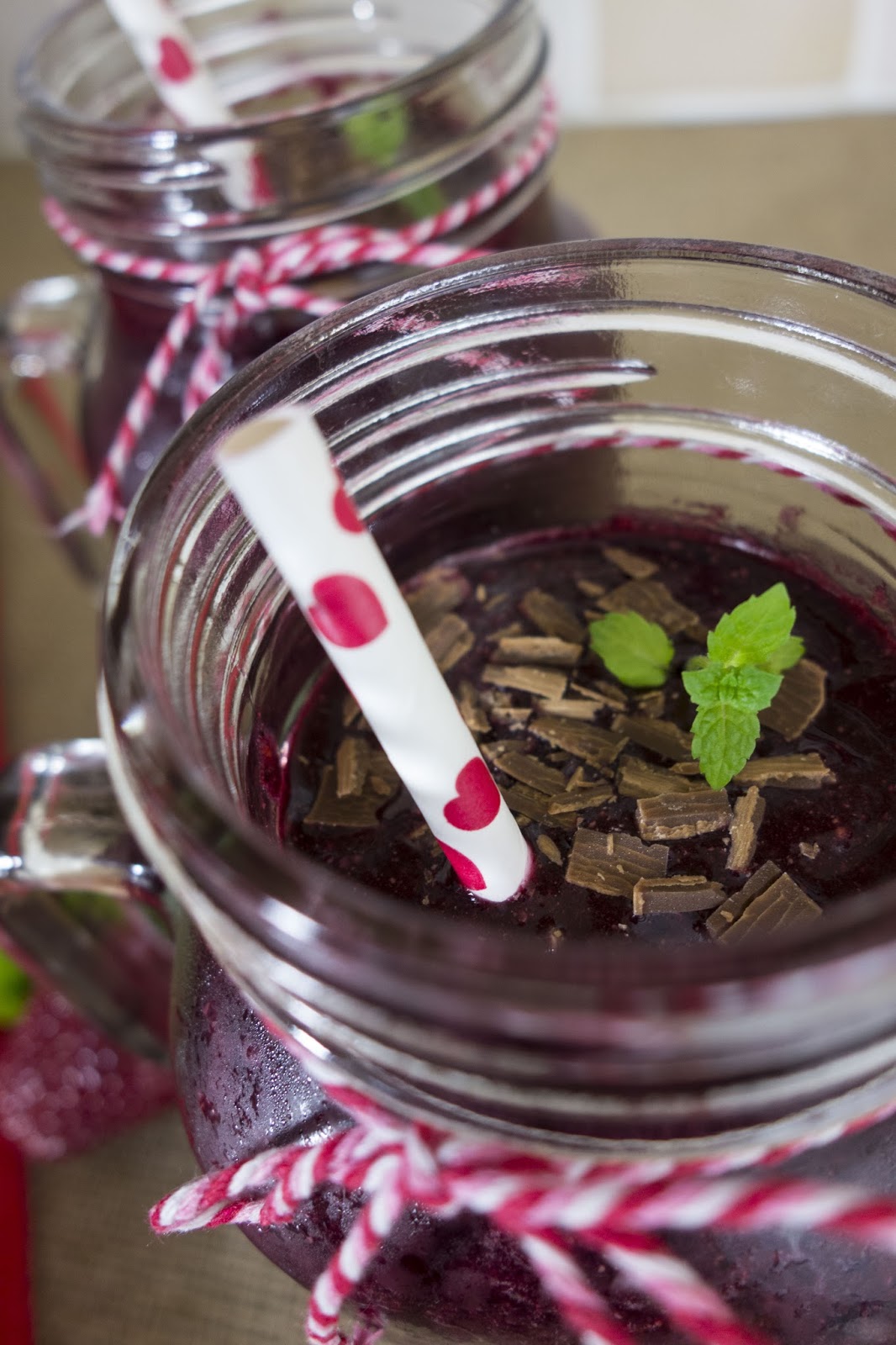 Valentine’s Day also happens to be our wedding anniversary (I know, I know – cheesy right?!). It will be 6 years since we tied the knot which just seems crazy to me, although at the same time it feels like we’ve been married forever! 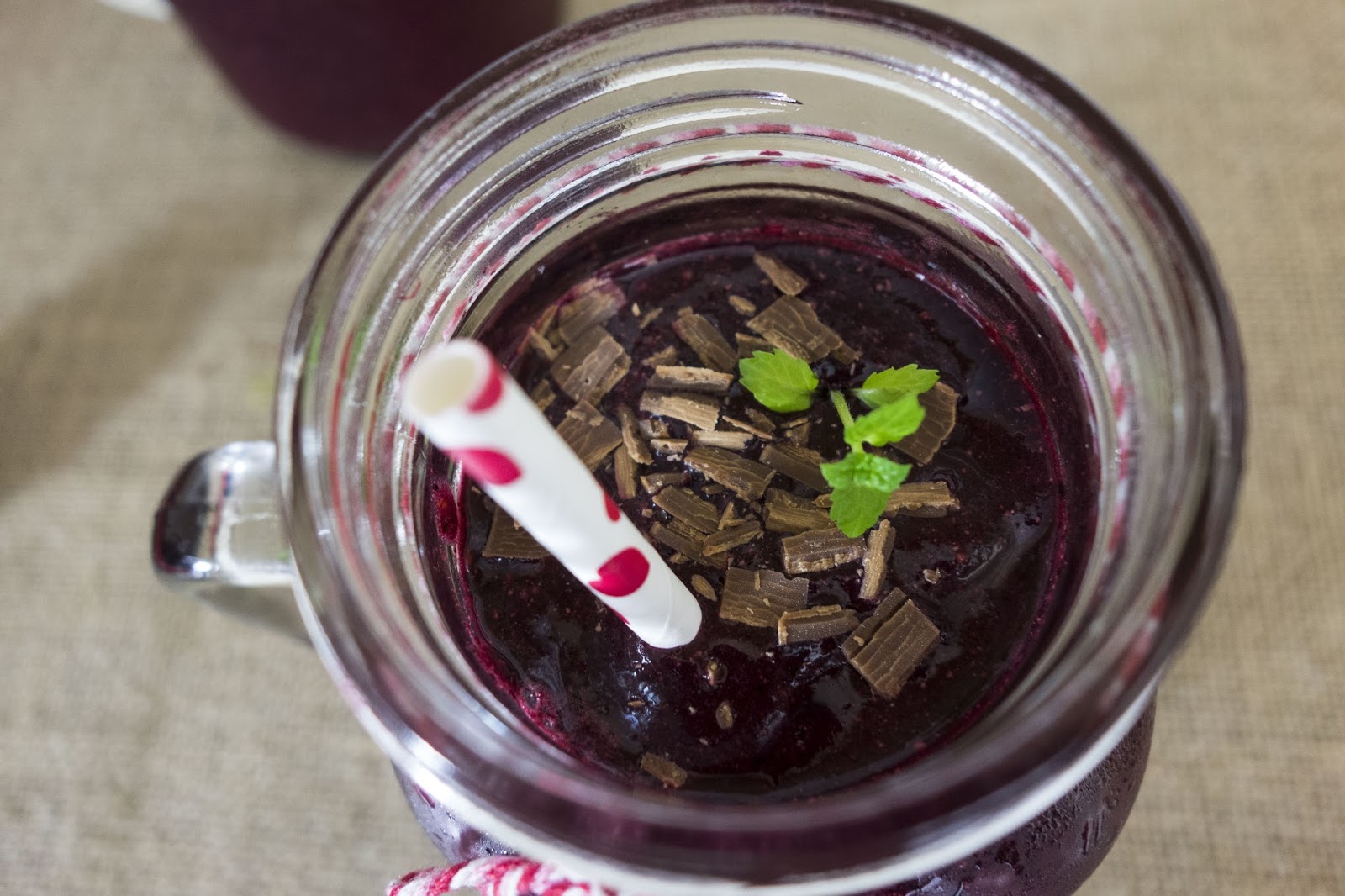 Here in the UK, 6 years of marriage means iron, but in America it’s represented by candy. My mother in law lives in America, so I’m totally half American right??? Well… that’s my excuse and I’m sticking with it!

I often whip up a smoothie for Mr F and he loves them, but I tend to make the super healthy variety with all natural ingredients. Today though, I put a new twist on an old favourite to create a Valentine’s/Anniversary worthy candy version. I give to you my Cherry Berry Chocolate Smoothie!


It’s really easy to whip up and you can add as little or as much chocolate as you wish – I found that just 3 or 4 squares were plenty. Since it serves two it’s really quite saintly still don’t you think? 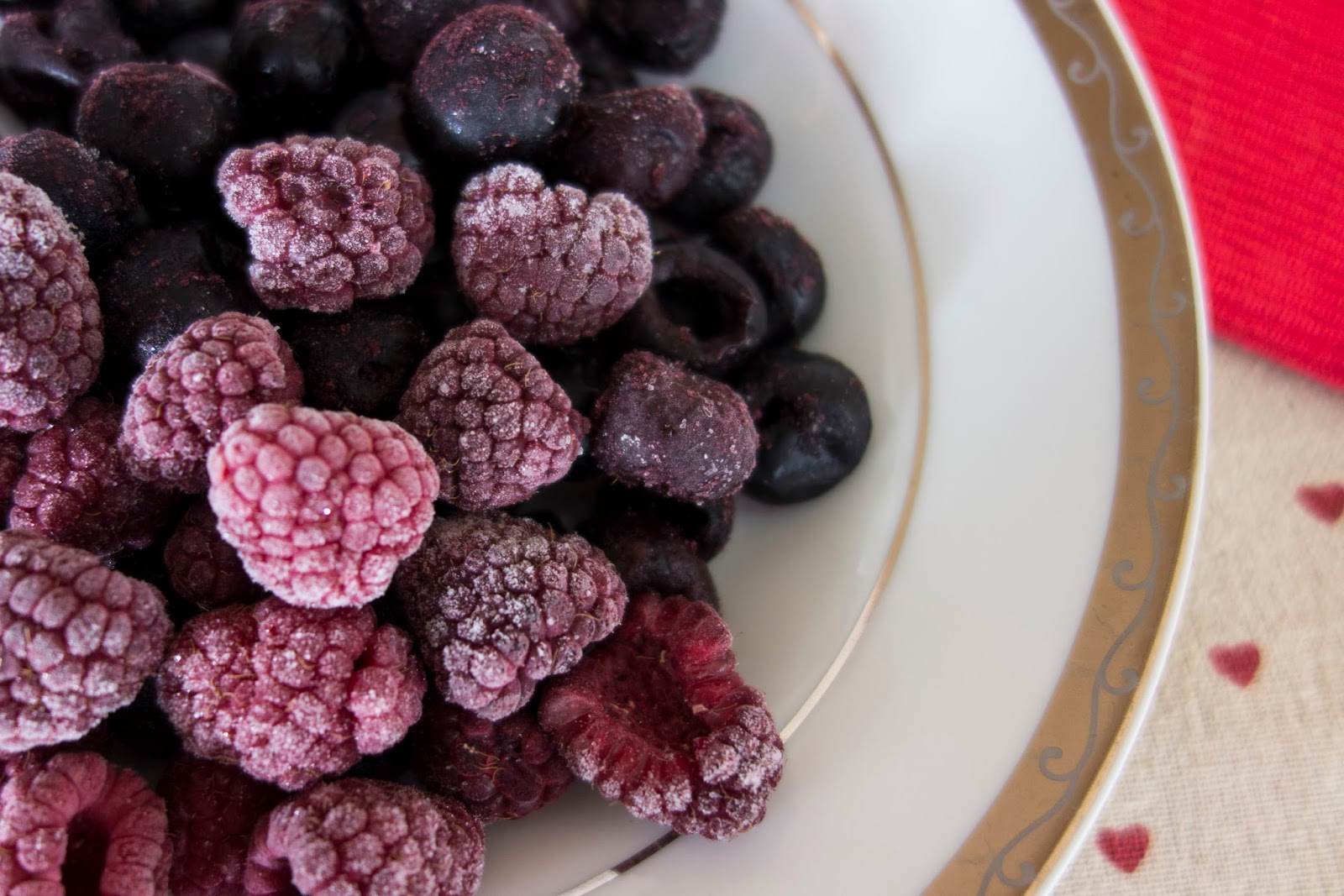 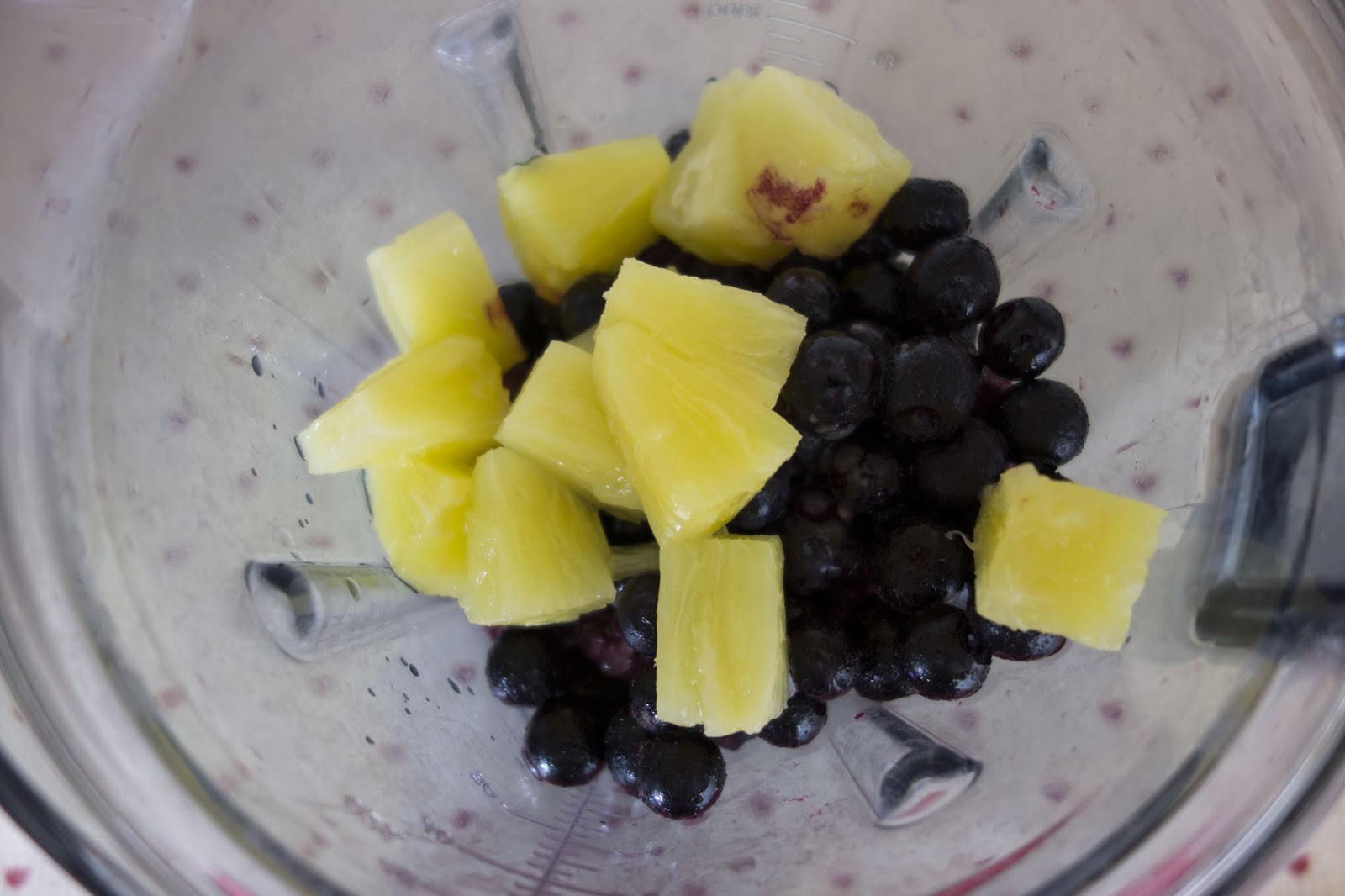 Directions:
Add the fruits and juices to your blender/smoothie maker and blend until smooth.
I like a thick smoothie, so I add just a dash of grape juice, but you can add more to loosen it up. 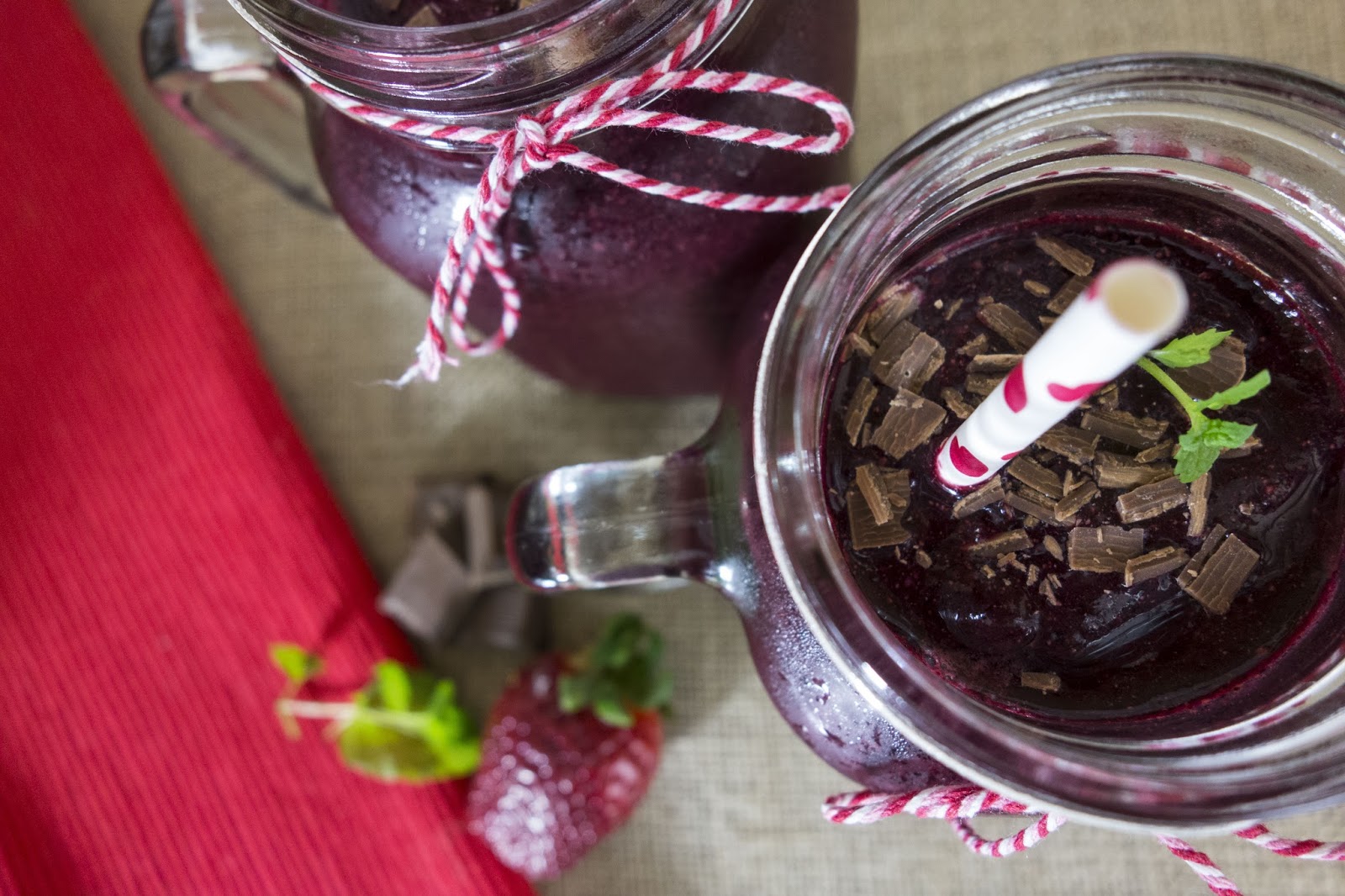 I think the pineapple sweetens this enough, but you could add some honey if you find the fruit a bit sharp.
Add the chocolate squares and give it another whizz until the chocolate is flecked through.
Pour the mixture into glasses.
Add some shavings of chocolate to each for a pretty garnish along with sprig of mint.

Try not to get brain freeze in your rush to drink it all up – we learned this the hard way!