Bedtime Reading / Learning To Switch Off 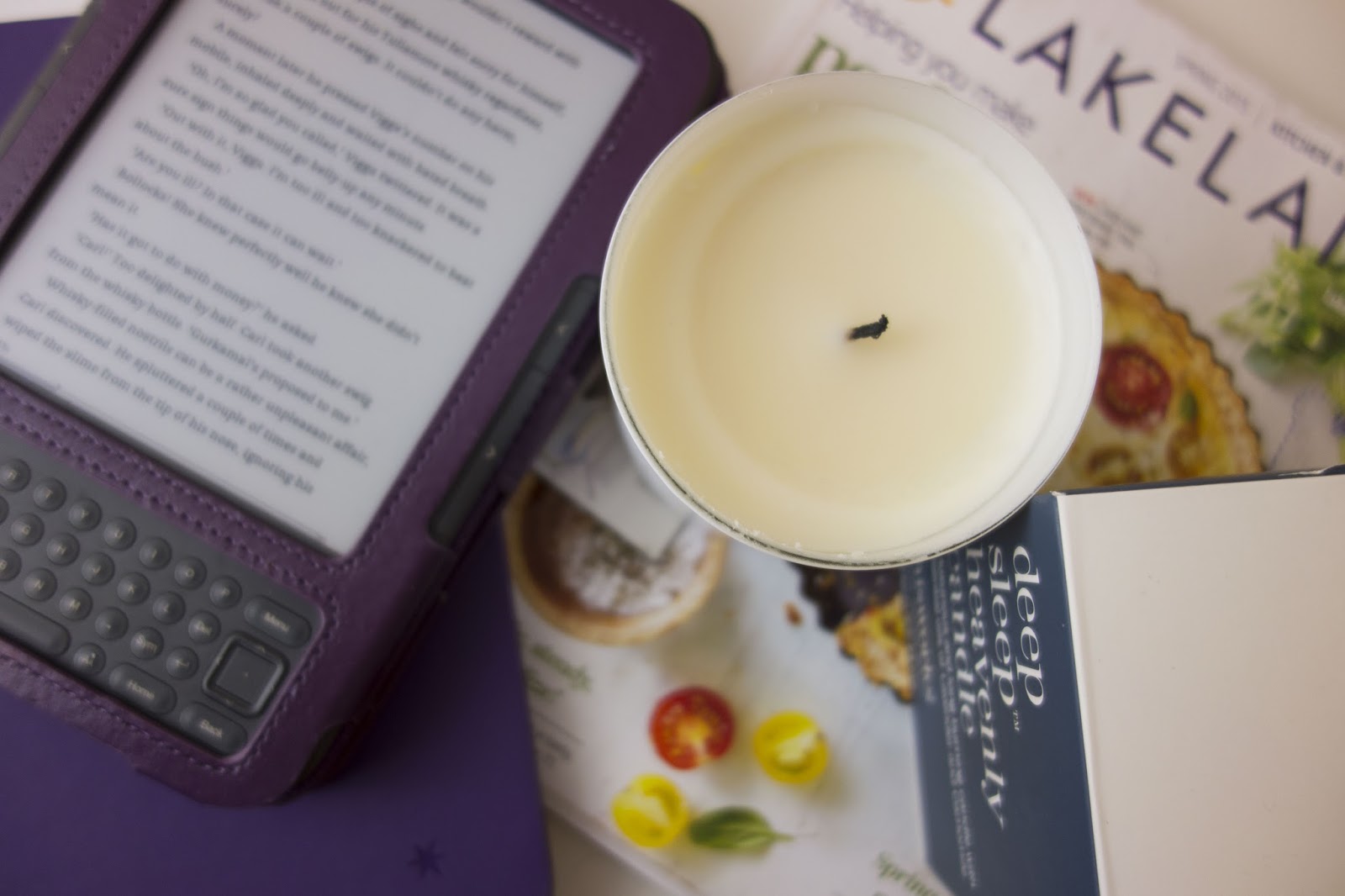 I ummed and ahhed for ages over whether I should buy myself a tablet. I already had a laptop, smartphone and Kindle so any immediate needs were covered. However I did sometimes experience that problem of ‘my phone is just too small for this, but it seems like a hassle to boot up my laptop!’
…I know, I know: First World Problems hey?!
I went back and forth over quite wanting one and then feeling guilty at being able to spend my money on something so frivolous when there are so many people on the breadline.

Mr F solved my internal dilemna at Christmas and got me a Hudl as a surprise – thanks for easing my conscience hubby! Since I got it, I’ve been able to manage my blog during lunch breaks at work, read my book on Food Photography in full technicolour, catch up on blog posts in bed and pore over Pinterest on the delicious large screen…

…but that’s also part of the problem! It’s now so easy for me to be connected that I find it quite hard to switch off.
My mind is over stimulated I think so I’ve been going to bed later and later. Even then I’ll still end up on Twitter or Buzzfeed or Instagram for at least half an hour before lights off.

Yesterday, I decided to give myself an intervention and ‘go dark’ for the evening. Instead of my usual 11 or 12pm bedtime, I put on my pjs, lit my new ‘Deep Sleep Heavenly Candle‘ and settled down with my magazine and Kindle at the party hard time of 9pm! 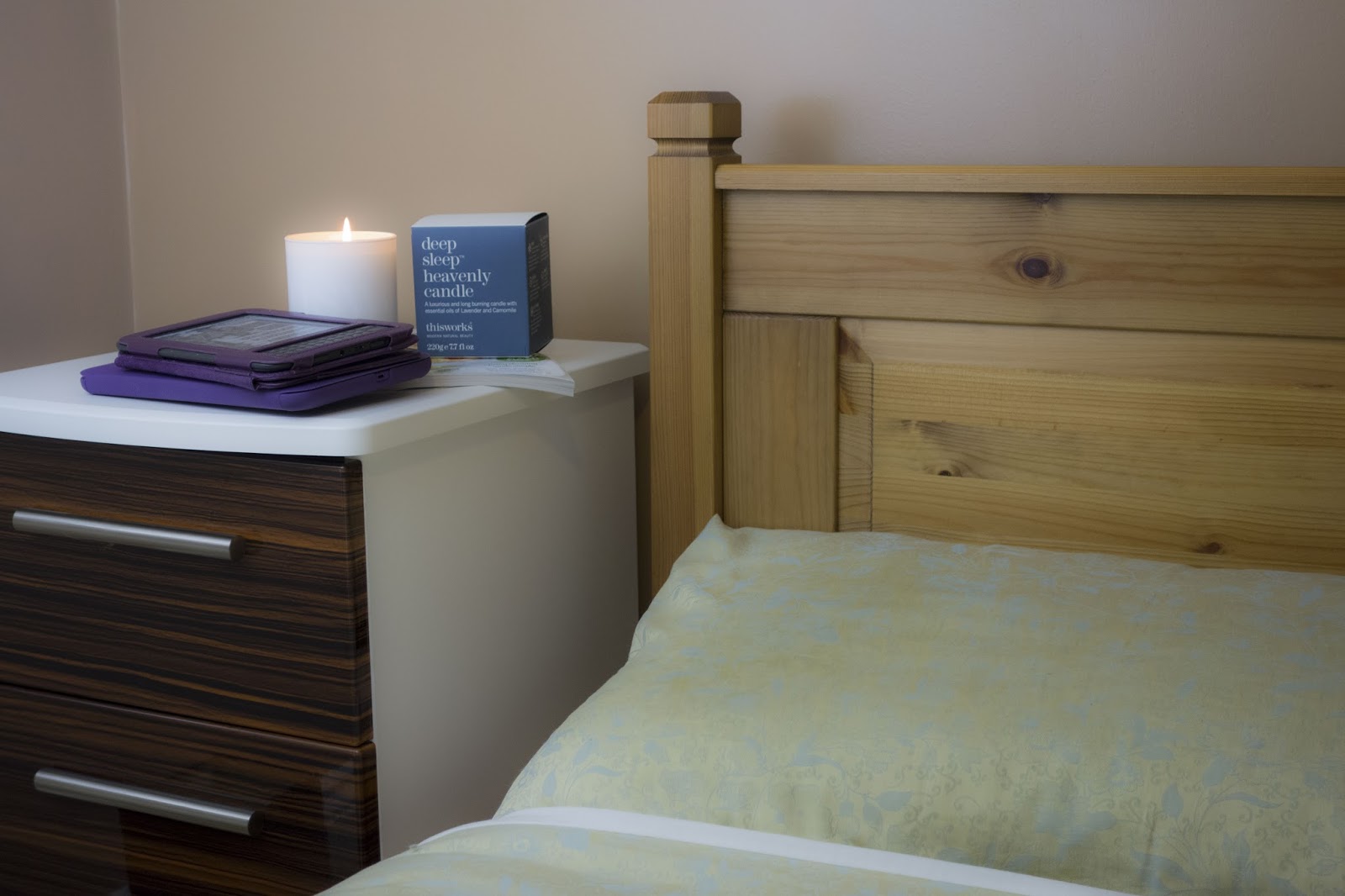 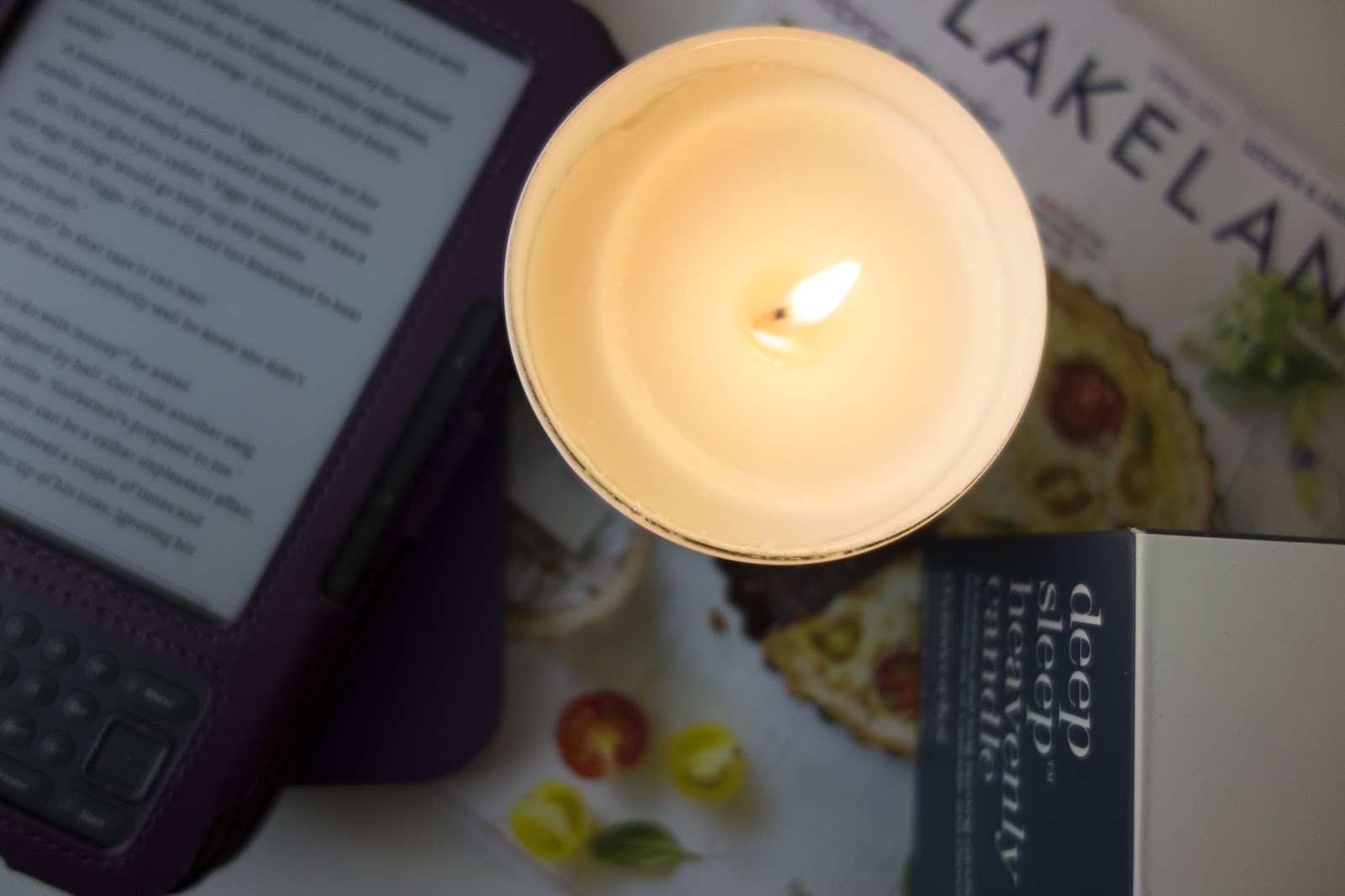 Now don’t laugh, but when I say magazine, I mean the Lakeland catalogue! I love looking through the new one when it comes out. I’m a super freak when it comes to anything kitchen related, especially gadgets (come to think of it, I’ll have to do a post on that at some point!). It’s like a non digital version of Pinterest, full of baking, kitchenware and home accessories.

Mr Darcy is a sleep expert and settled down at the end of the bed to show me how it’s done… after trying to dig his way way through my Lakeland mag that is! 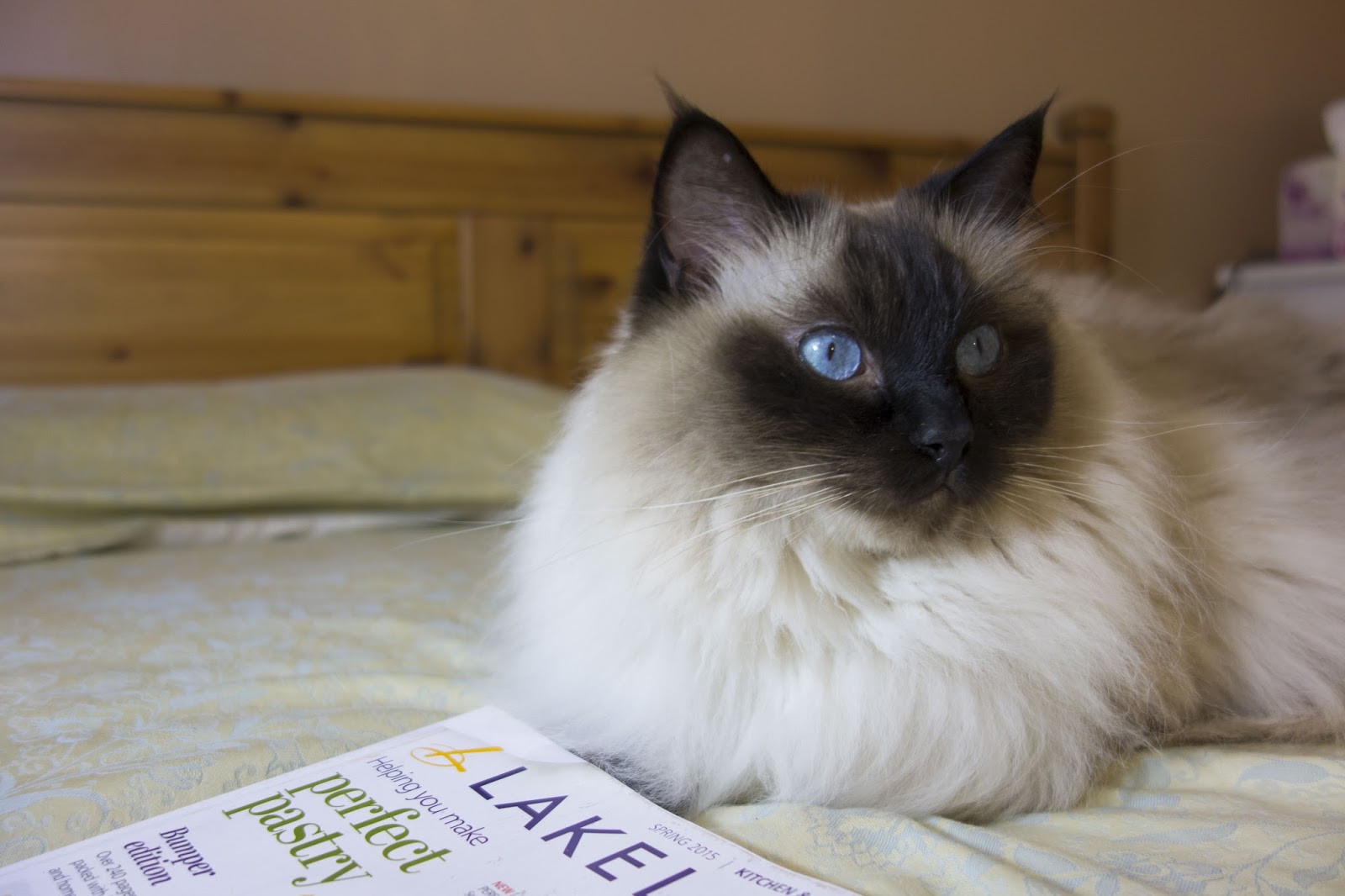 In the end my evening was a mixed success. I had forgotten to switch my phone to silent and when it went off, I automatically checked it and then got distracted by Twitter for 20 minutes. Then I realised what I was doing, switched it to silent, turned it over so that I couldn’t see the notification flashes and returned to my reading. So it wasn’t a completely ‘dark’ evening, but I did pretty well by my standards.

I didn’t even make it to reading my book on Kindle as by the time I’d finished the catalogue I was feeling quite sleepy and drifted off into a nice, peaceful sleep. Overall I think my change in routine worked.

On this basis, I have made a very late new year’s resolution: I’ll aim to have an early night, techno free, at least twice a week. (Any more than that would be pushing it, but it’s a good place to start!!).

Oh and since it’s Caturday, I should also mention that it was Mr D’s 4th ‘gotcha day’ yesterday. Four years ago we took an enormous white ball of fluff home for the first time and watched as he slowly stalked our hallway sniffing everything with suspicion, then decided we might be ‘okay’ and plopped himself down to invite us to rub his belly. We’ve been his loyal servants ever since!