Until recently my fitness regime consisted of a 5k run four or five times a week before work. Considering I had spent most of my adult life glued to the sofa I thought that this would mean immediate and big changes to my body shape. However I had begun to feel that the running on it’s own wasn’t really challenging my body anymore. Sure, my weight had stabilised without any change to my diet, but I just couldn’t shift those annoying extra pounds and didn’t feel toned.

I had avoided weights up until this point because I wanted to lose weight, gain fitness and tone up, not bulk up and build muscle. I assumed that cardio was the way to go. However recently I’ve started to see lots of women’s fitness memes pop up in my Facebook Newsfeed, like the one below: 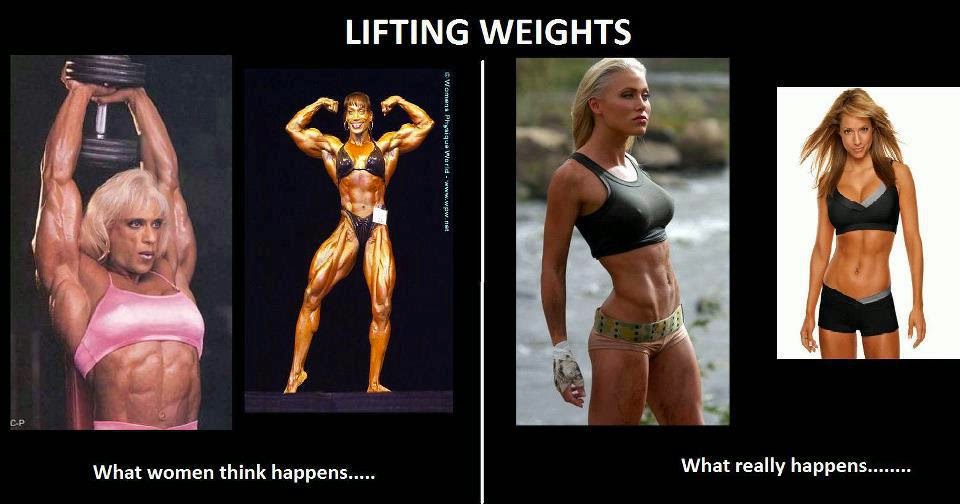 …and of course who wouldn’t want the body of the girls on the right?!

I did a bit of reading on the subject and came to the conclusion that it would be a good idea to incorporate some form of resistance training into my fitness regime.

In brilliant timing, 4 weeks ago a brand new gym opened near to me and announced a timetable of fitness classes. One of the classes on offer was called Body Pump and it’s description caught my eye:

“BODYPUMP™ is the original barbell class that shapes, tones and
strengthens your entire body. This 60-minute addictive workout
challenges all of your major muscle groups by using the best weight-room
exercises such as squats, presses, lifts and curls.”

I bit the bullet, signed up for my first class and turned up not really knowing what to expect. It was pretty daunting at first if I’m honest!

I got there bang on time, but found that the room was nearly full with women who had got there early, staked their spot on the floor and were setting up. Not having a clue what to do, I got some pointers from a regular as to what I’d need:

I also brought along a bottle of water and a small towel.

The class kicked off with a warmup track, where I learned a few basic moves, then each track that followed worked a particular body part – back, shoulders, legs, chest, biceps, triceps and so on.

Halfway through the chest track I thought I was going to die! My chest was exploding and for love nor money I just couldn’t lift the weight anymore. I took a moment to recover, then tried again, and somehow got to the end of the track! The next body part was legs, so my arms had time to recover. After one track I put the barbell down and was amazed to feel a bead of sweat rolling down my lower arms – I had no idea that I could even sweat there… it had never happened before!

I won’t lie to you, the class was really hard. However the whole workout is choreographed to music and the heavy beats really help to drive you on. I was more focused on getting through it than on any kind of technique. But do you know what? By the end as I wiped at the sweat with shaky hands and staggered out of the class with jelly legs, I was already a little bit addicted!

The next two days I experienced a world of pain. My body screamed at the slightest movement from muscles that I hadn’t known existed. I even googled ‘muscle pain after workout’ to see if it was normal! It was of course. The advice was to have a day or two of rest, then workout again.

To get a bit scientific for a moment, what happens is that when you train your muscles you are actually making tiny tears. After your workout your body repairs or replaces the damaged muscle fibres, building stronger muscles.Your body also learns how to repair the damage quicker, so if you persevere, you’ll find that the pain after subsequent workouts eases off.

I went back for another class on the third day, completely dreading it. However I forgot about the aches once I got past the warmup and by the end of the class was feeling much more limber than when I’d started it.

I’ve now been going for about 5 weeks. I was doing one class a week to begin with, but this week I did 3 classes and it felt just right. Although I do ache still for a day or two after each session, it’s nothing like the pain after the first class – I just know that my muscles had a good workout and are getting stronger!

As soon as I decided to go regularly, I bought some gloves to wear which have really helped, as I tend to grip the bar really tight so they give me the extra bit of padding needed (plus I feel like a badass when I wear them!!). 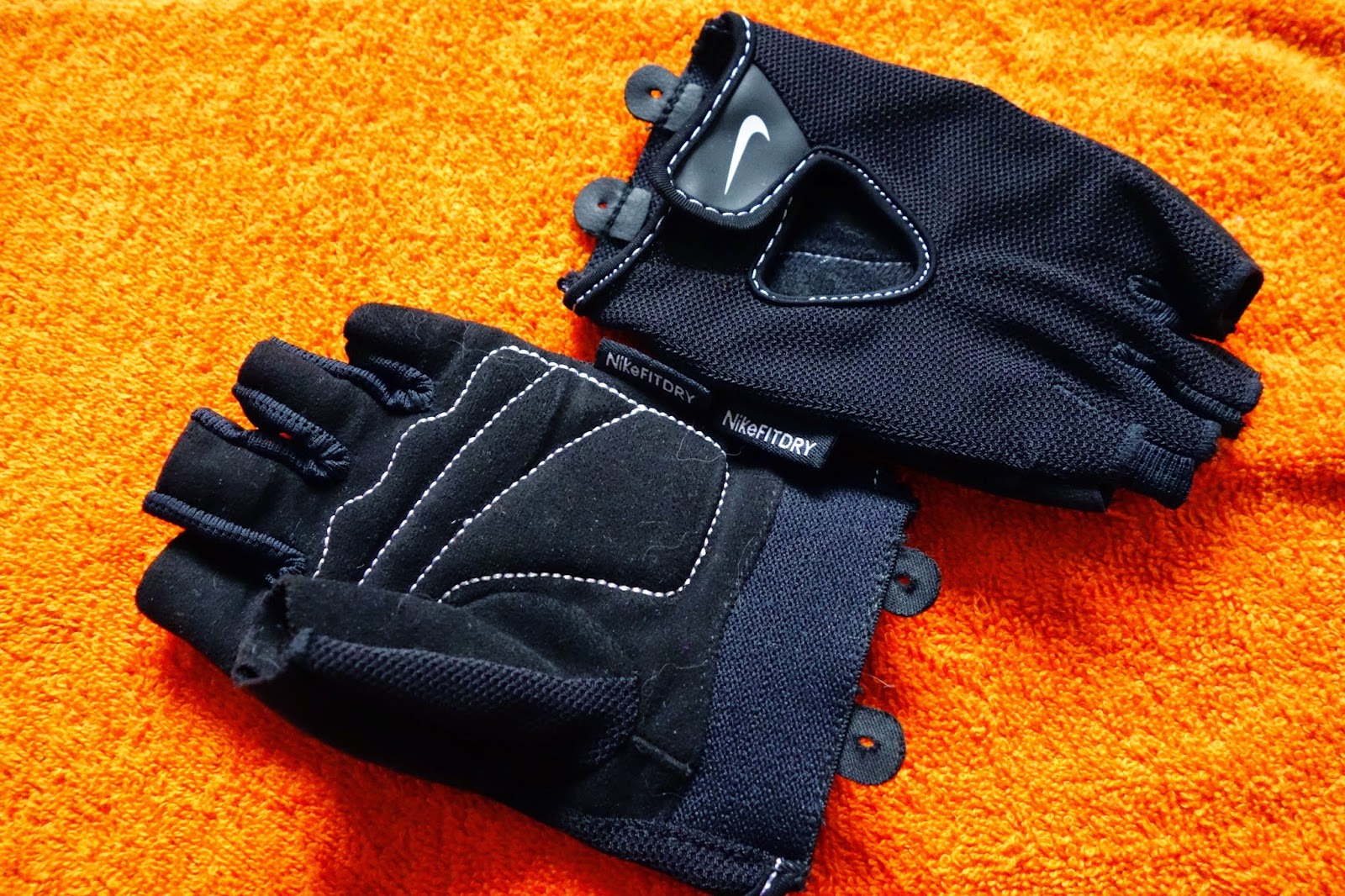 I’m noticing a difference in my arms and shoulders mainly. They feel firmer and I can feel muscle there, but rather than getting what I’d call ‘madonna arms’, I’m just getting a nice curve and a really subtle definition. I’ve increased the weights that I’m working with gradually, as the ones that I couldn’t lift in my first class now feel too easy. 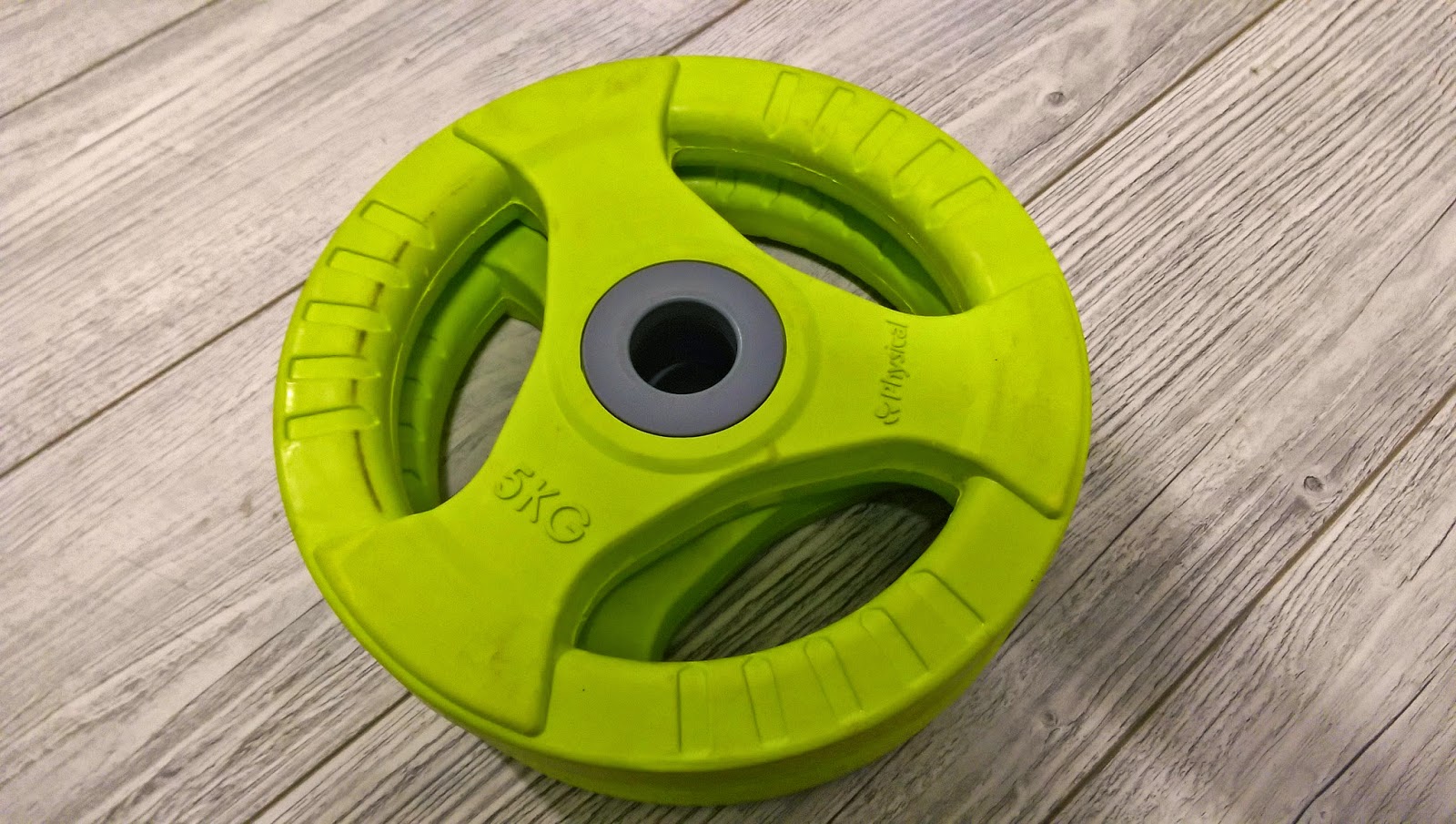 My legs are feeling a bit firmer and are the real target for me as I’m a classic pear shape, so I’ll have to see whether they start to change as I keep working.

Post BodyPump I reward myself with a nice big platter of fruit. It’s supposed to be for two but if anyone tries to share it, they might just find themselves getting picked up and military pressed!!! 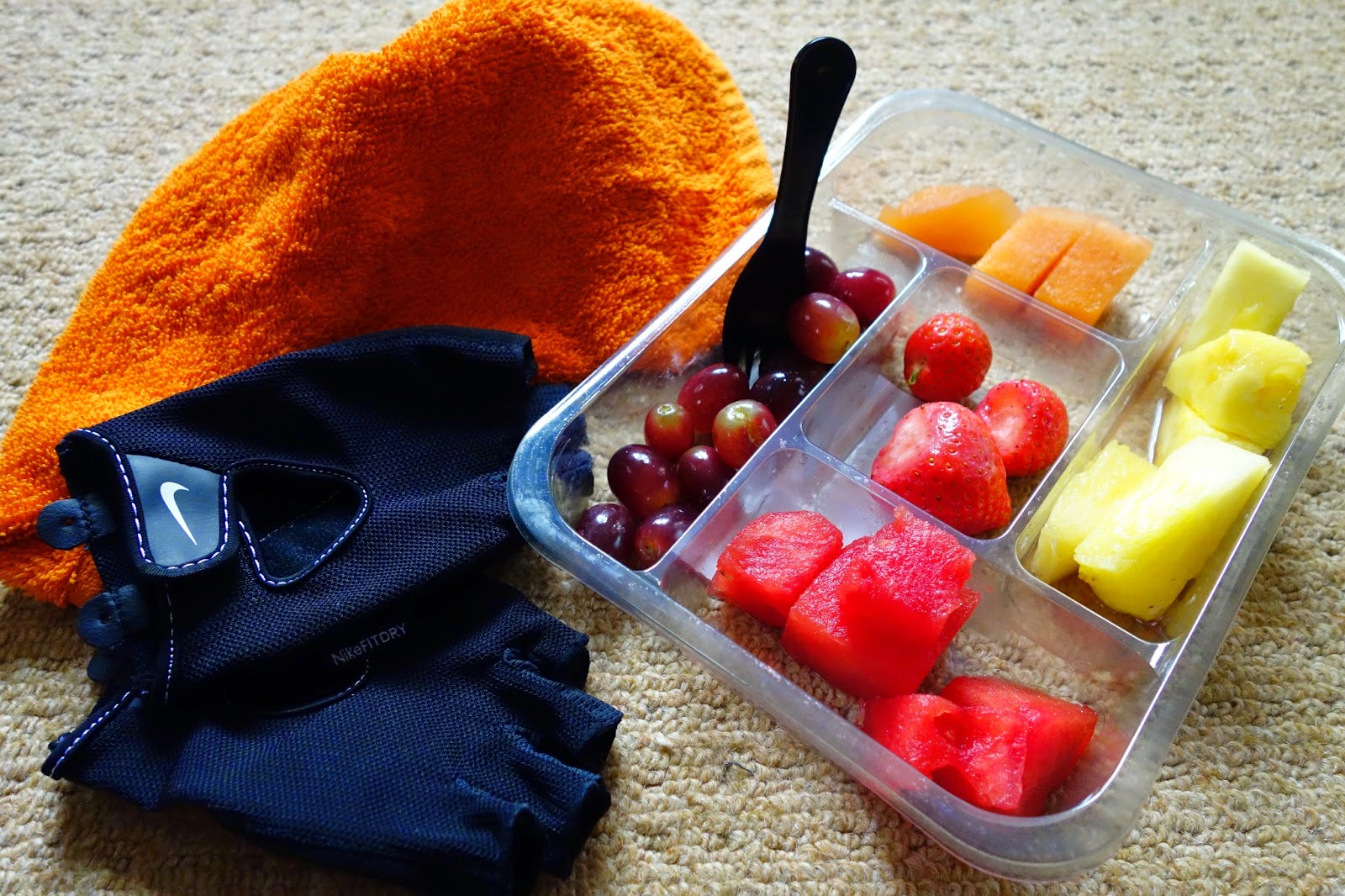